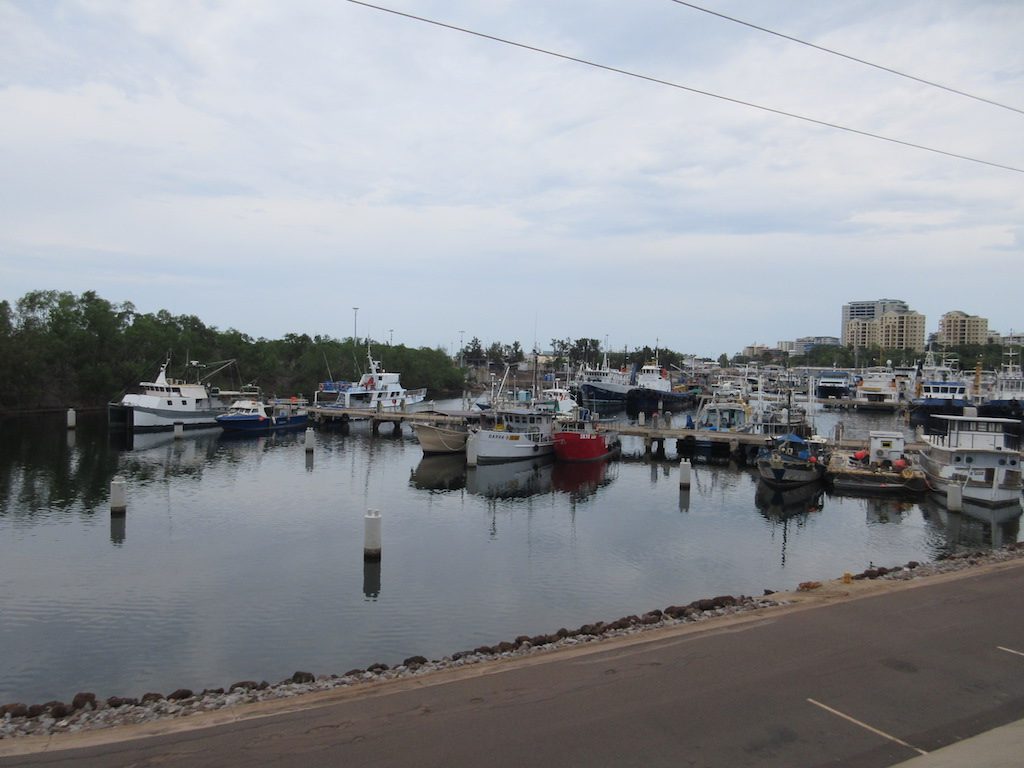 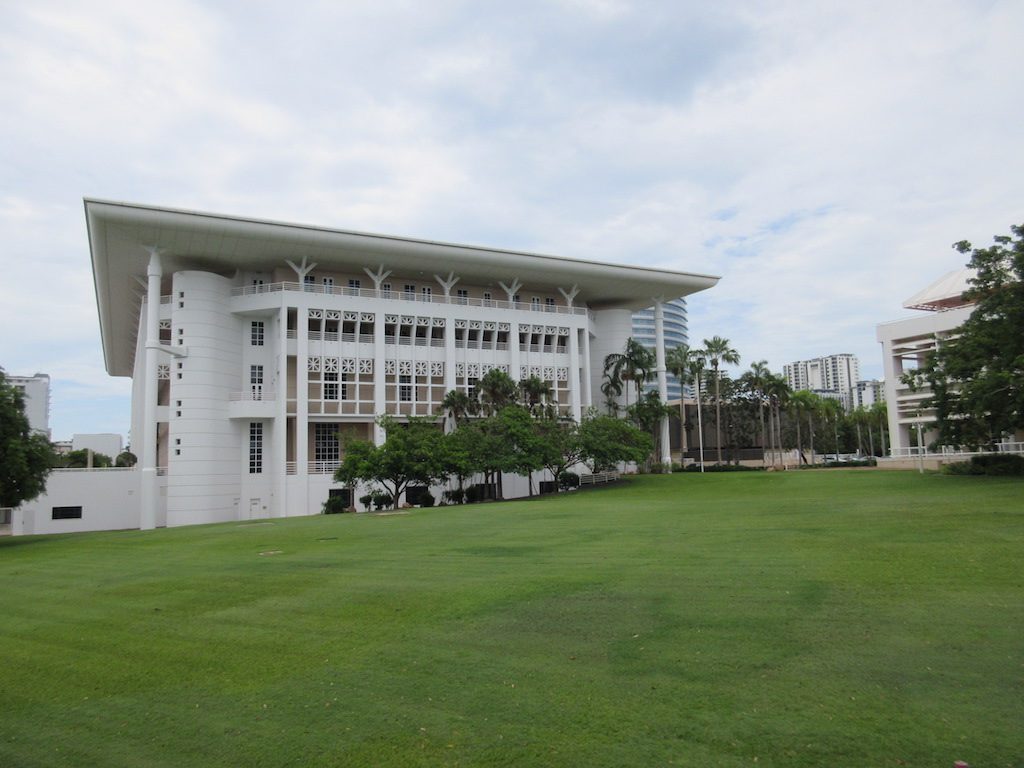 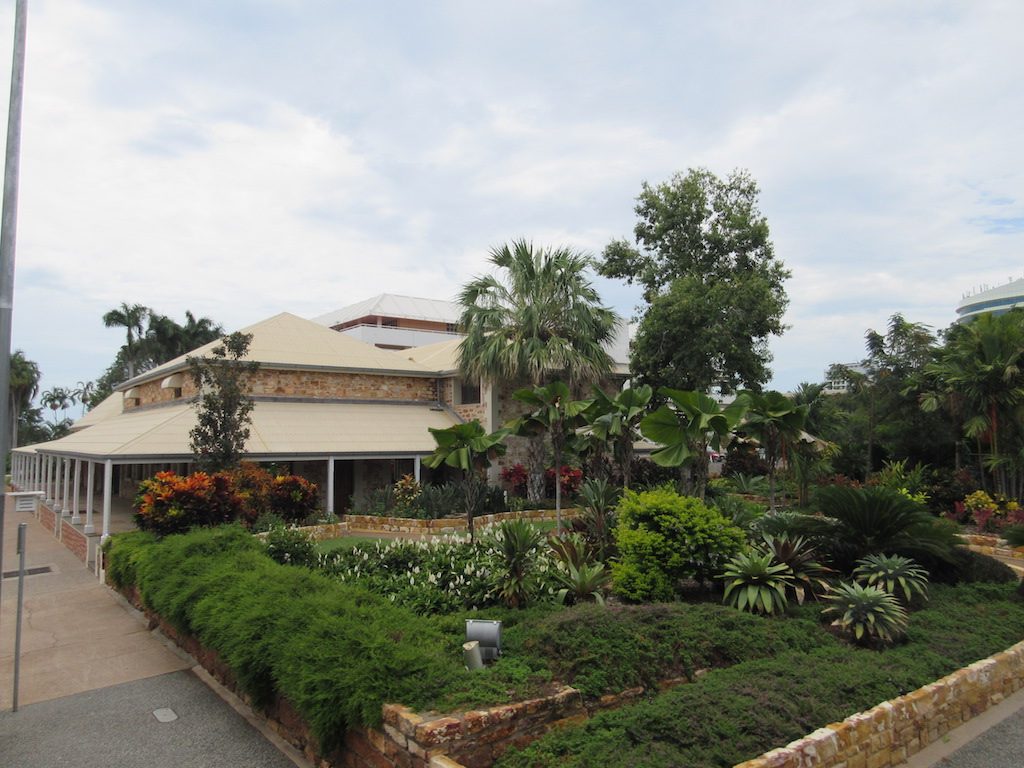 Darwin is the capital city of the Northern Territory of Australia located on the Timor Sea on the north-central coast of Australia. The city has a population of about 145,000 inhabitants. On December 25, 1974, Darwin was struck by Cyclone Tracy which killed 71 people and destroyed 70% of the city. After the disaster, 30,000 of the 46,000 residents were evacuated. The town was subsequently rebuilt with better cyclone resistant materials.

The two largest economic sectors are mining and tourism. The mineral resources include gold, zinc, uranium and bauxite (used to create Aluminum). Tourism employs 8% of the Darwin residents and is growing. The local military presence is also a substantial source of employment.

The weather was warm but not intolerable. As the day progressed we had a bit of sunshine followed by clouds, thunder and a few showers. Later in the day the cloud cover and ocean breeze kept the heat and humidity at pleasant levels.

We took the shuttle bus from the ship terminal to the visitor information center located in the heart of town.  After getting a map, we headed out on foot to discover the pedestrian only mall where we found many souvenir shops, cafes, jewelry and clothing stores. Being a Sunday, many of the shops were closed while others were vacant—similar to any shopping street in America.

We visited St. Mary’s Cathedral where we saw a large oil painting depicting the Virgin Mary and Child as Australian Aborigines. The church was quite large although not as ornate as many catholic churches. The walls of floor to ceiling windows swung out to allow the ocean breezes to flow through the church.

After our walk to the botanical gardens, we saw Stewart, a young fellow traveling on the cruise by himself.  We all had coffee and he told us of his encounter with the immigration and security officials who randomly searched several cabins and the electronic devices of selected passengers from our ship.  It was not very pleasant and was done with little explanation.

Since the town was small and there was not too much to see, we decided we would take the Big Bus hop-on, hop-off bus to explore the city further. The bus had twelve stops along the route taking us to the prestigious Cullen Bay where they have high end residential homes and condos, as well as many shops and cafes along the shores of the bay. We passed the casino, botanical gardens, a jail built in 1883, a military museum, art gallery, and more. It was a lovely afternoon on the double decker, open-air bus exploring the city before returning to the port.

While we were getting off of the hop-on, hop-off bus Kent found that his knee, which had been pushed against the seat in front of him for a couple of hours, would not work. He had trouble walking due to his knee. He returned to the ship where he iced it and hobbled along for the rest of the day without too much pain.

For dinner there was a special event in the Lido called an Aussie Outback Cook-In featuring fair dinkum fun and casual tucker from Down Under. They served ribs, sausages, meat pies and a variety of local Australian dishes.

For the evening’s entertainment we saw an Ace Mentalist by the name of Brian Ledbetter. Brian read people’s minds, moved objects without touching them along with some humor and intrigue. The audience had a mixed reaction to his performance. Not sure if they did not believe his acts of mind reading or what but they were not applauding much.