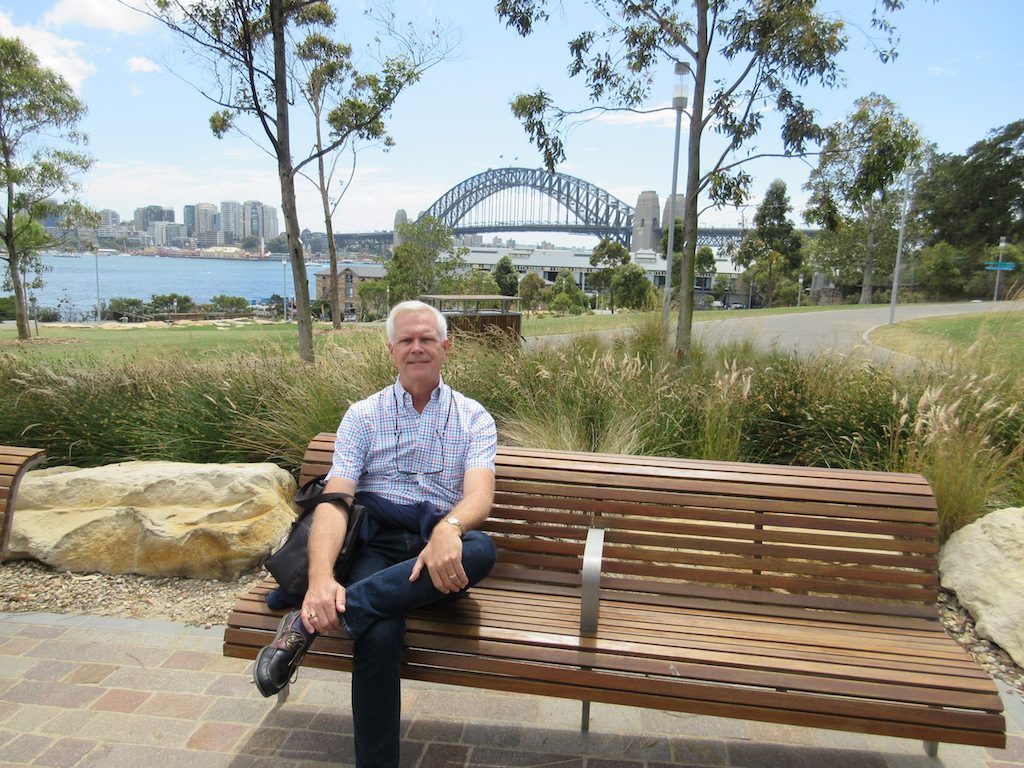 Mark at the Sydney Bridge 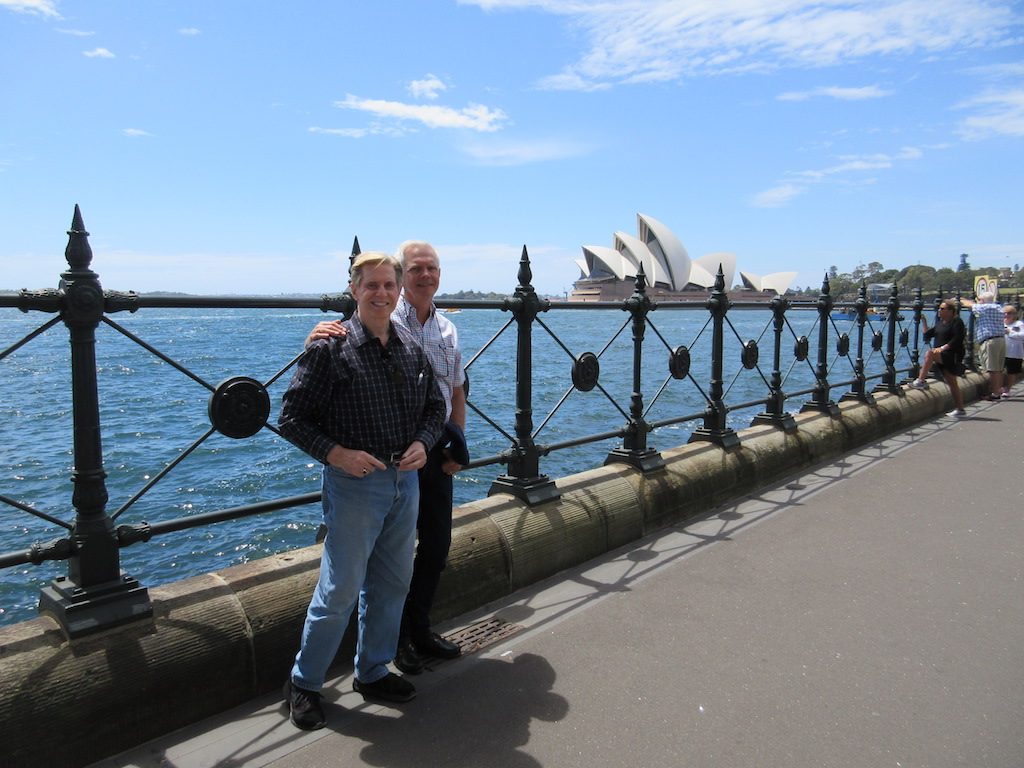 Kent and Mark near the Opera House 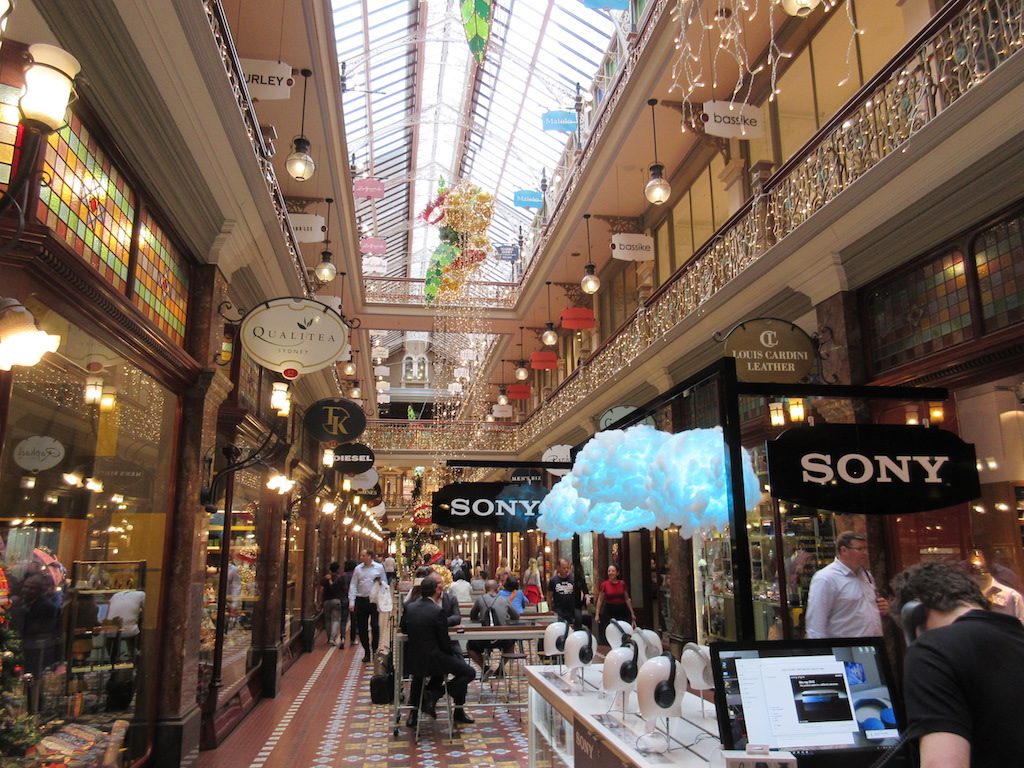 We arrived in Sydney with rough seas through the night. It was cloudy in the morning but the sun prevailed and it turned out to be a beautiful day in Sydney with temperatures around 70 degrees.

We took the ship’s shuttle bus from White Bay Cruise Terminal to Darling Harbor’s Sea Life Aquarium where we set out on foot towards Bangaroo Reserve. From Bangaroo Reserve you get great views out over Sydney Harbor and you can see the iconic Sydney Bridge. We continued our walk along Walsh Bay to Dawes Point where we walked under the Sydney bridge and suddenly the Sydney Opera House comes into clear view. We continued along the waterfront through The Rocks neighborhood towards Circular Quay.

Once at Circular Quay we purchased ferry tickets to take us to the town of Parramatta at the furthest point up the Parramatta River (14 miles). The ferry trip took about 90-minutes making stops at several towns along the way. The river is extremely wide in some places and most of the shoreline is developed with all sorts of housing. You see everything from large estate parcels with mansions on them to apartments and condominium buildings. At one point you see a campground complete with army green tents where you just need to show up and you can camp along the river. Along the river banks there are many parks and paved pathways for walking, biking and jogging.

Once we arrived in Parramatta we found a restaurant along the bank of the river where we enjoyed a lunch of fish and chips for 10 Australian dollars. Just outside the restaurant was a free shuttle around the shopping district of Parramatta, so we took a twenty-minute ride on the free shuttle to see the town. Parramatta with a population of about 26,000 was founded by the British in 1788, the same year as Sydney. It has a multicultural population with about 30% of the residents being born in India, 12% in China and 24% in Australia.

Upon returning to the ship we found that about 130 passengers had disembarked the ship and were headed home while about 40 new passengers would be boarding for our final leg across the Pacific to Los Angeles. We met a very nice couple who were from Canada (Andrea and Christopher) who had been traveling for the last year all around the world. This was their first cruise ship experience and so they had some questions about what to expect on a ship and we were happy to speak with them.