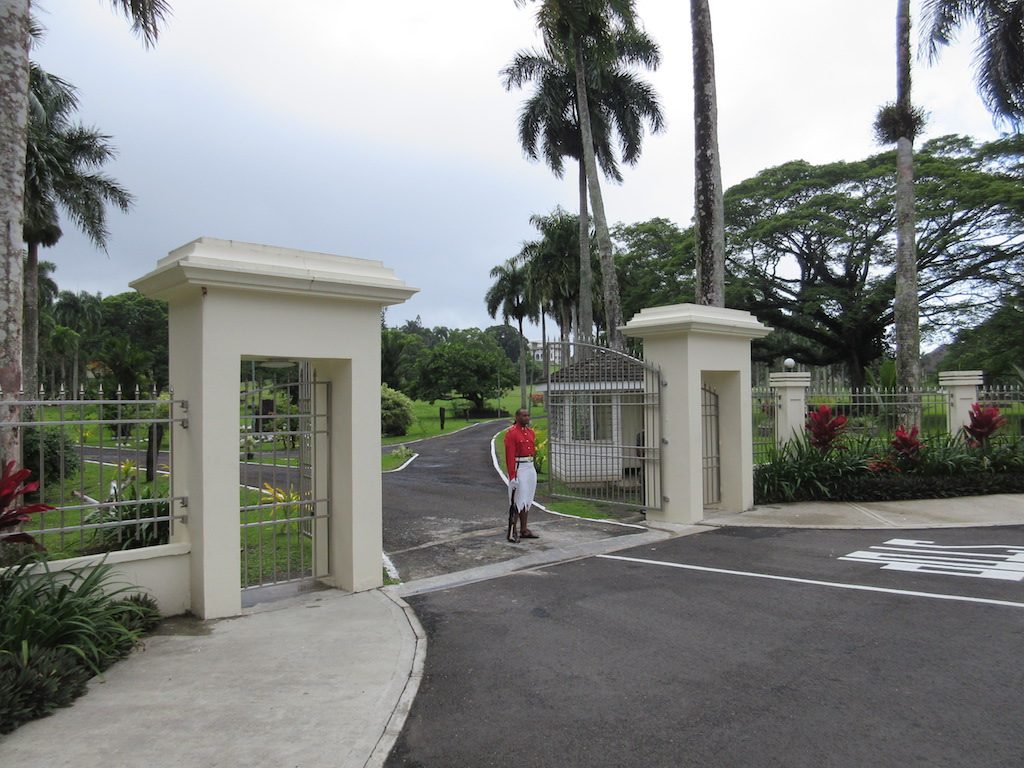 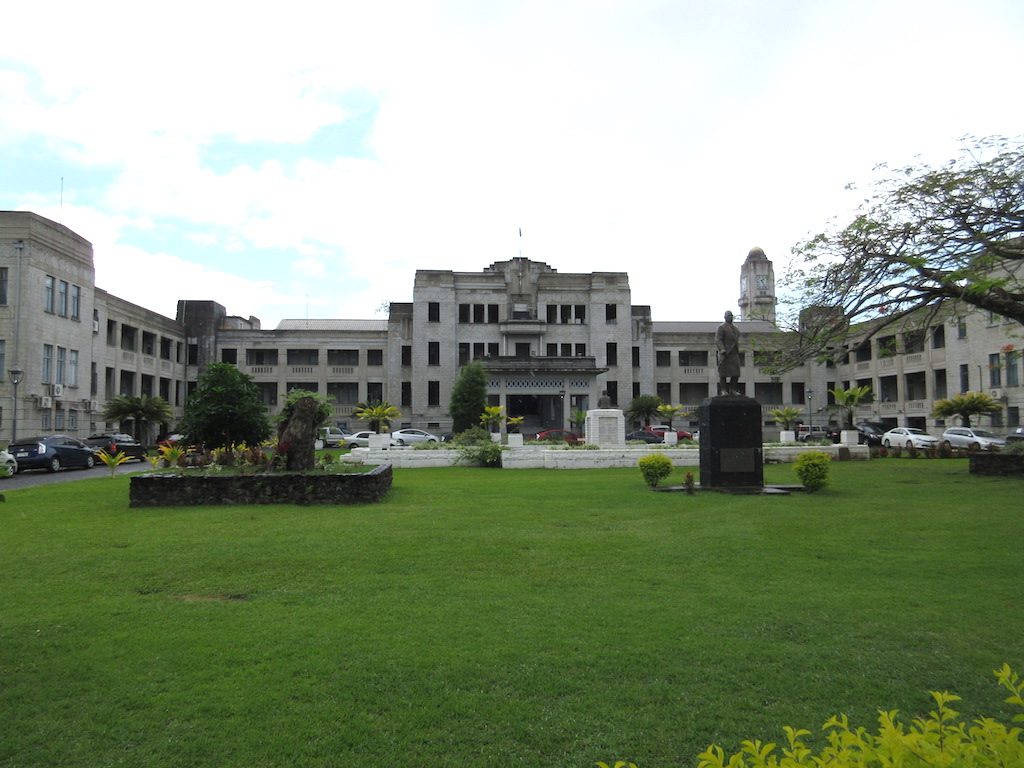 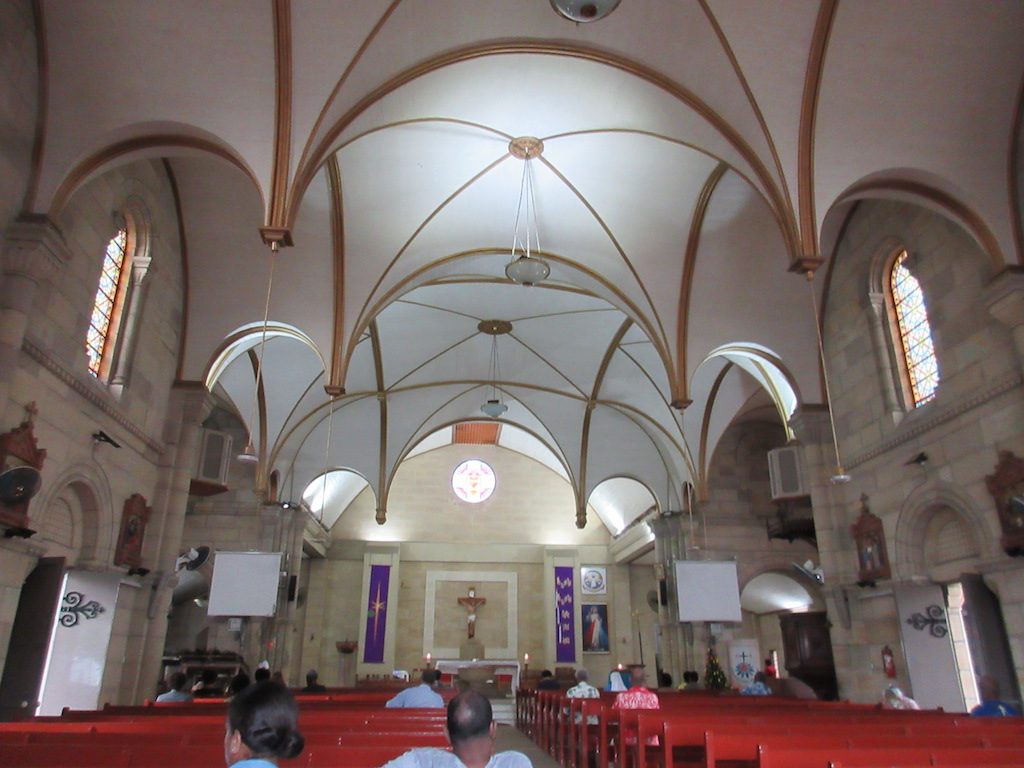 Suva is the capital city since 1882 and the largest metropolitan city in Fiji. It is located on the island of Viti Levu with a population of about 600,000 inhabitants. The climate in Suva is that of a tropical rainforest with no dry season and an average annual rain fall of 118 inches. This day was no exception with warm temperatures, high humidity and rain.

We explored the city on our own on foot. Modern day Suva is like many other cities in the world with a multi-cultural population:  it has trendy shops, farmers markets, shopping malls and many restaurants. Our first stop was the Thurston Gardens and Fiji Museum located about a 30-minute walk from the ship. The museum housed many artifacts from Fiji’s history including ships, Indian cultural items, taxidermy animals, pottery and more.

The city has many souvenir shops nearby the cruise ship where they sell mostly wood carvings of turtles and jewelry items. There was a large church by the name of Sacred Heart of Jesus that we visited. The majority of locals are Christian and so devout that they often go to church services daily rather than weekly. Services are often offered several times a day. We also visited the very large market hall where they sell all sorts of fruits and vegetables at very reasonable prices. Kent also found a lovely coconut bowl with inlaid mother of pearl at a nearby craft market.  By early afternoon we returned to the ship as a lightning storm had arrived and the wind and rains were quite heavy.

The evening’s entertainment was a repeat performance of the Amsterdam singers and dancers show titled 1000 Steps. The performance was excellent and well received by the ship’s guests.