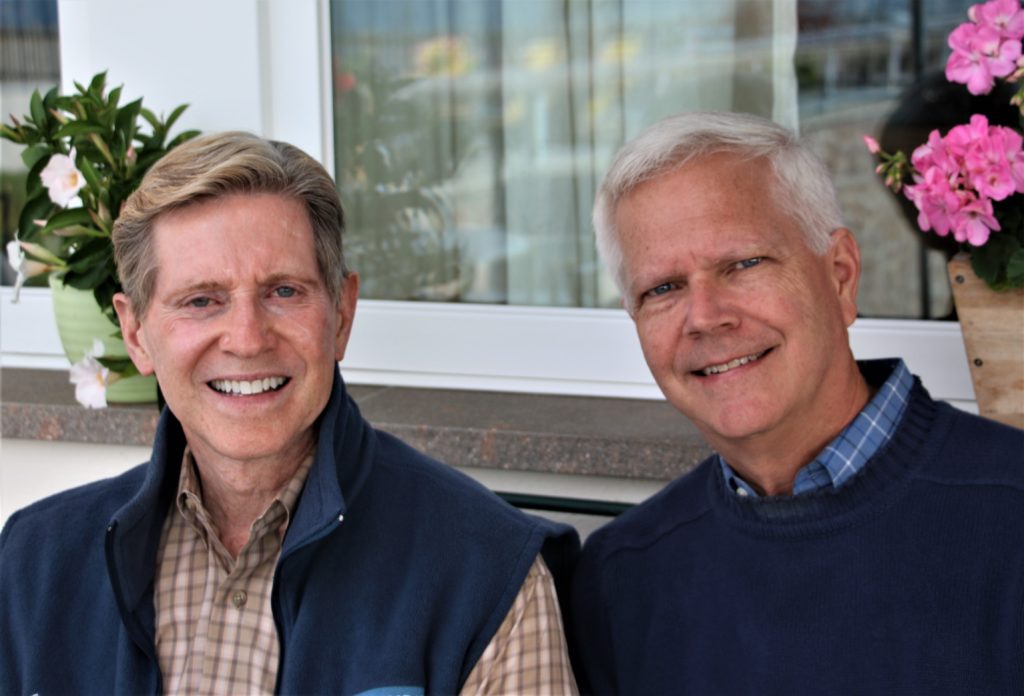 Kent and Mark in Bolzano

Model of Otzi the Iceman

View of the Dolomites

On this morning we headed down the mountain to Bolzano to visit the Otzi or Iceman Museum. Otzi is a well-preserved natural mummy of a man who lived between 3400 and 3100BC. The mummy was found September 19, 1991, at an elevation of 10,530 feet in the Otzal Alps on the border of Austria and Italy. He is Europe’s oldest known natural human mummy and has offered an unprecedented view of Copper Age Europeans. His body and belongings are displayed in the South Tyrol Museum of Archaeology here in Bolzano.

The mummy has been extensively examined, measured, x-rayed and dated. Tissues and intestinal contents have been examined microscopically, as have the items found with the body. By current estimates (2016), at the time of his death, Otzi was 5’ 3” tall, weighed about 110 pounds and was 45 years of age. Using modern 3-D technology, facial reconstruction has been created showing Otzi looked old for his age with deep-set brown eyes, a beard, a furrowed face and sunken cheeks. Otzi wore a cloak made of woven grass and a coat, a belt, a pair of leggings, a loincloth and shoes, all made of leather and different skins.

Other items found with Otzi were a copper ax with a yew tree wooden handle, a knife, a bag with 14 flint tipped arrows with stabilizing fins, a 72” longbow, bowstring, and several other unknown items.

The cause of death remained uncertain until 10 years after the discovery of his body. In 2001, x-rays and a CT scan revealed that Otzi had an arrowhead lodged in his left shoulder and a matching tear in his coat. Bruises and cuts to the hands, wrists and chest as well as cerebral trauma were also found indicating a blow to the head. It is now believed that Otzi bled to death after the arrow shattered the scapula and damaged nerves and blood vessels before lodging near the lung.

The museum is quite fascinating as is all of the research that has been done to understand this mummy’s history, life and death. The mummy is displayed in a temperature-controlled cabinet with a small window that you can look into to see Otzi’s remains. The clothing items have now been beautifully displayed in climate-controlled cases and are in extraordinary condition given their age.

The afternoon brought out a mix of sunshine and a rain shower. The clouds continue to hover around the surrounding mountains creating an everchanging landscape.