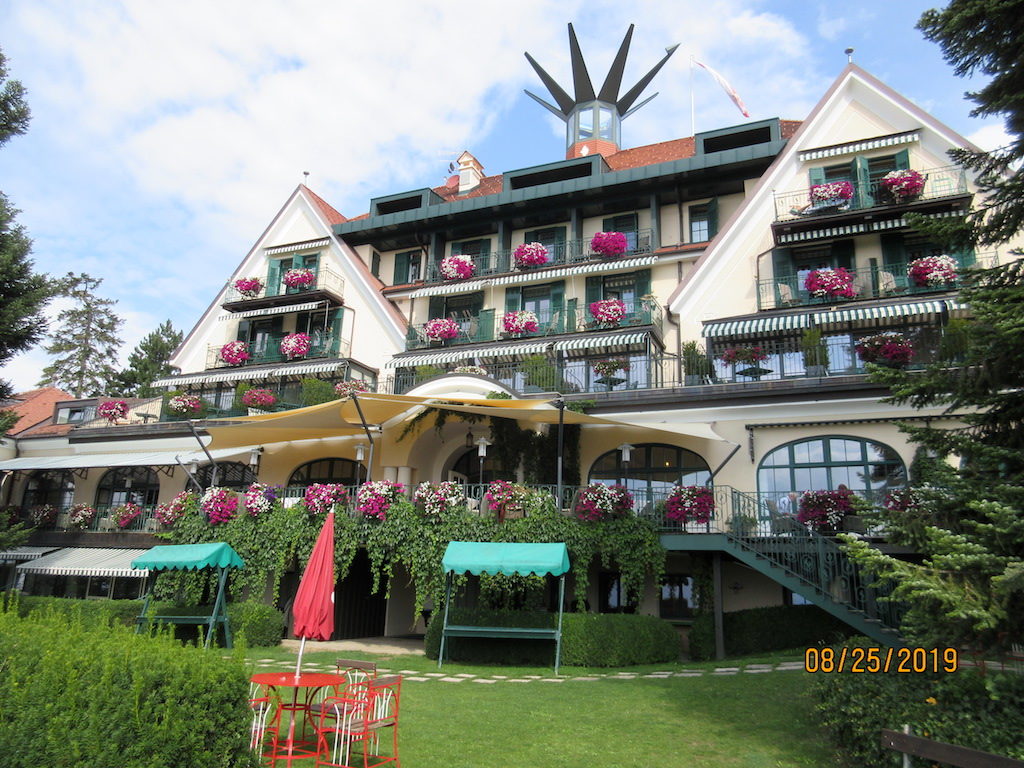 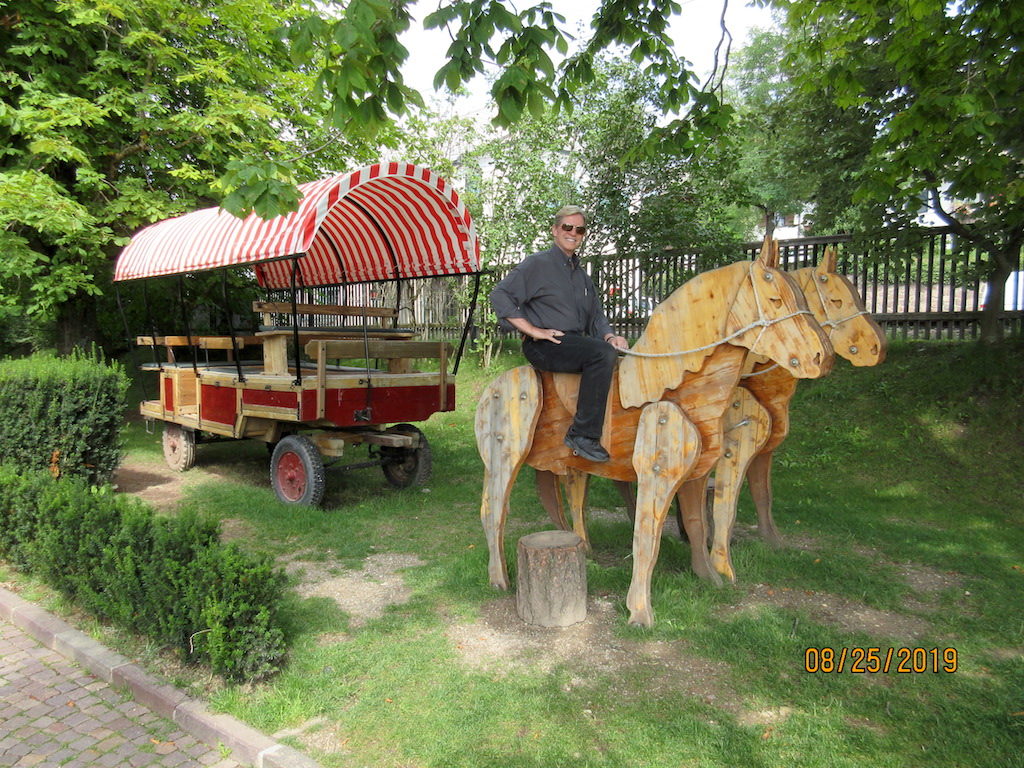 Kent on his way to town 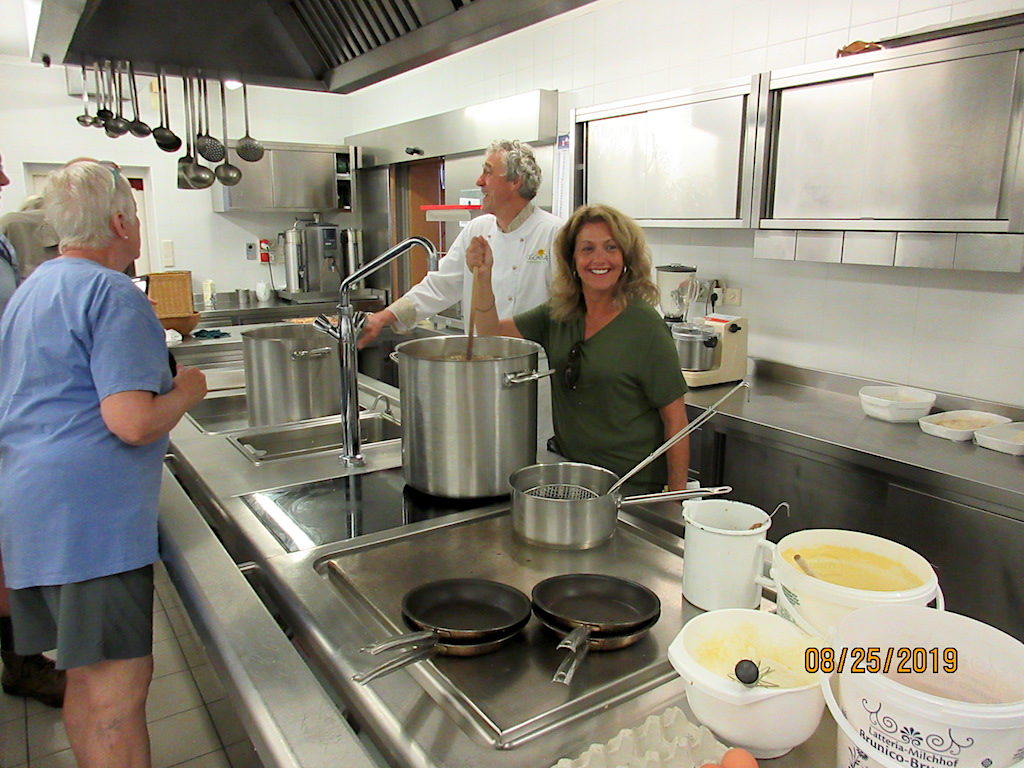 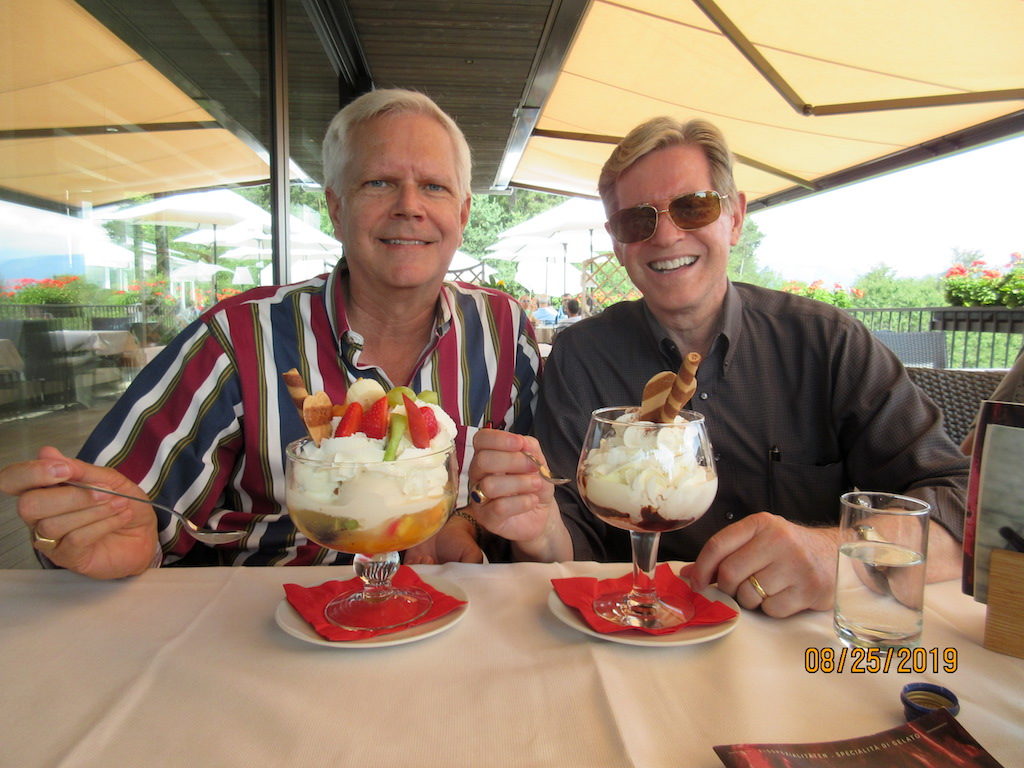 Bread Made for Winter

This was a fairly quiet day in comparison to some we had in the past couple of weeks. In the morning we had a kitchen tour to see how the chef and his staff prepare the daily breakfast and dinners for thirty guest rooms. He also prepares meals for the staff and the family that run the hotel. The kitchen is a decent size with a large pantry, wine storage area, dishwashing area, walk-in refrigerator and freezers and a large family dining table for the staff. They prepare many things from scratch in the kitchen, e.g., the cakes and strudel and pasta. They also make their own preserves each year and can them.

We walked over near the Gondola to visit a local hotel called the Park Hotel Holzner which has been here since 1908. Four generations of the Holzner family have run the hotel during the past 100 plus years. The hotel is quite beautiful today having obviously been remodeled and expanded over the years. It has tennis courts, indoor/outdoor swimming pool, spa, children’s areas and lush green lawns overlooking the valleys vineyards.

At noon we set out on the train to the town of Klobenstein where we walked through the town to take the Sigmund Freud walking trail. This promenade reminds people of the 150th birthday of Sigmund Freud which was celebrated March 6, 2016. Freud spent his holidays here in the summer of 1911 at the Hotel Post at Collalbo. The trail takes about 90 minutes to walk from one end to the other and has historical markers along the way depicting things about Freud and his time here.

Along the way we stopped at the Hotel Lichtenstern where Kent and Christine treated everyone to beers, water and ice cream. This hotel is known for its variety of home-made ice cream sundaes. Some of the sundaes feature chopped fruit, some chocolate, others warm raspberry sauce and then there was the amaretto laced sundae. Everyone enjoyed the stop.

From there we walked about 20 minutes to a beekeeping museum housed in the historic Plattnerhof Farm. This is one of the Renon’s (a province of South Tyrol) oldest farmhouses dating back to the early 1400’s. Two sisters had owned the home until 1978 and lived there without electricity, running water and indoor plumbing. It was restored in the 1980’s and now houses the region’s largest collection of beekeeping tools and machinery. You can also see some of the furnishings left in the house and how the two women lived, including a straw bed, wood burning stoves for heat and an outhouse built on to the side of the house. The roof is made of eight tons of rye grass woven together. There were several glass sided bee hives where you can see the bees at work.

When we were leaving the beekeeping museum it began to rain so we decided to take the train the remainder of way back to our hotel. Unfortunately, everyone else who was out had the same idea and the trains were completely packed with people. After about a 45-minute wait, we were able to push our way onto a train for the short ride back to the hotel.