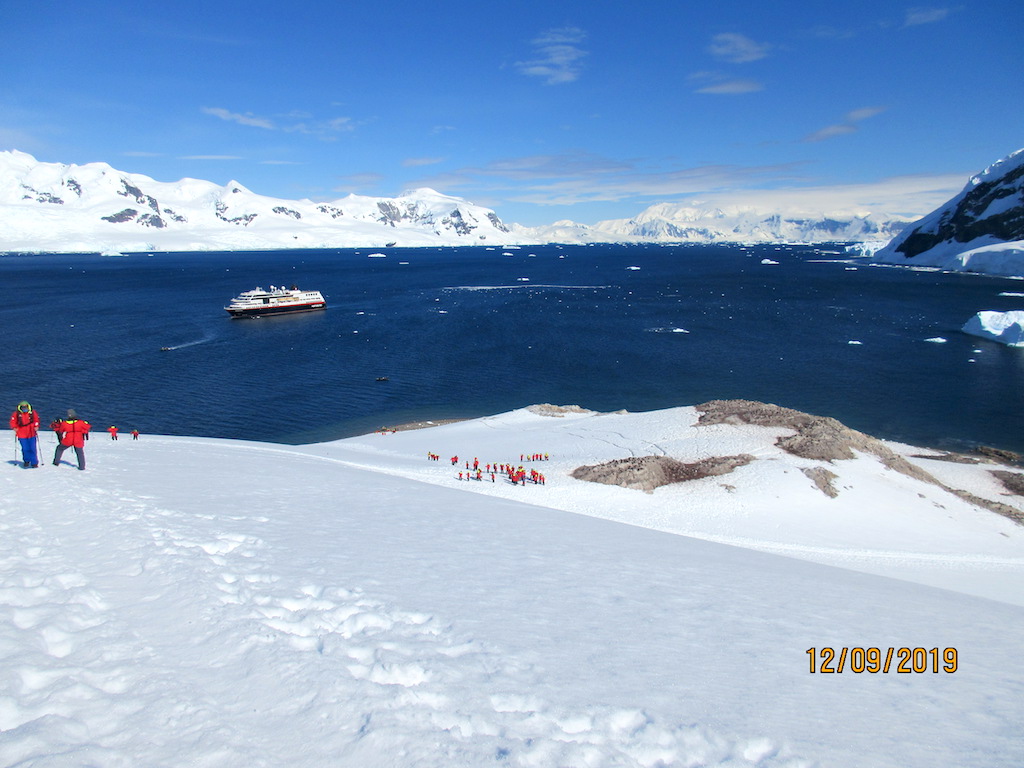 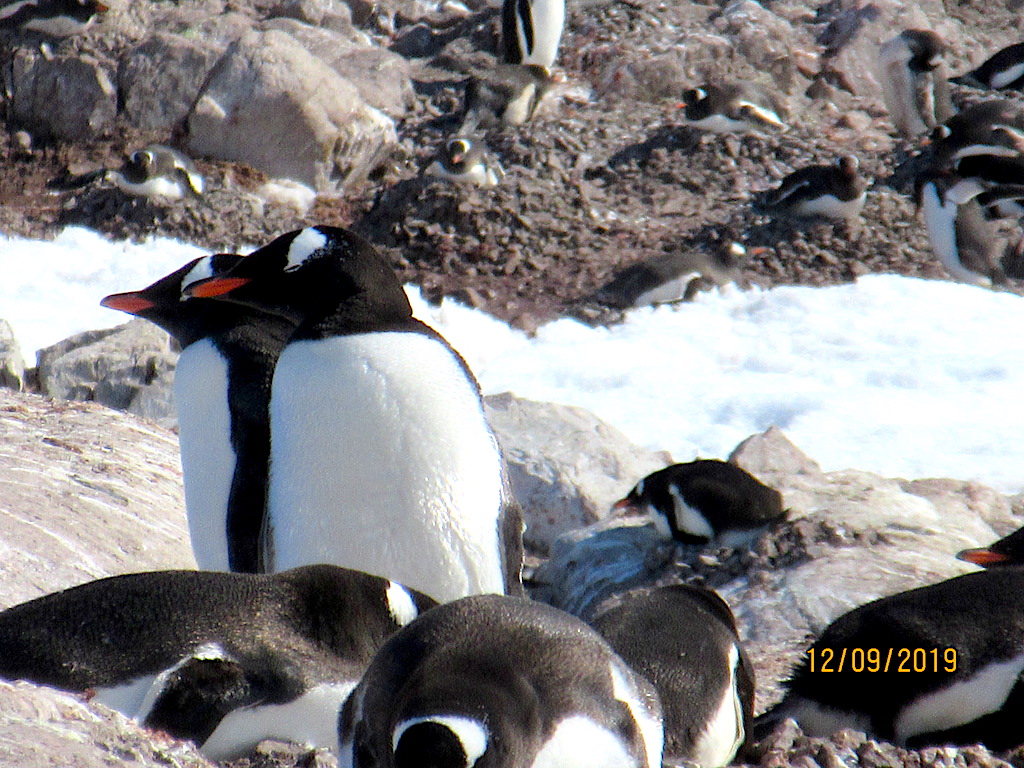 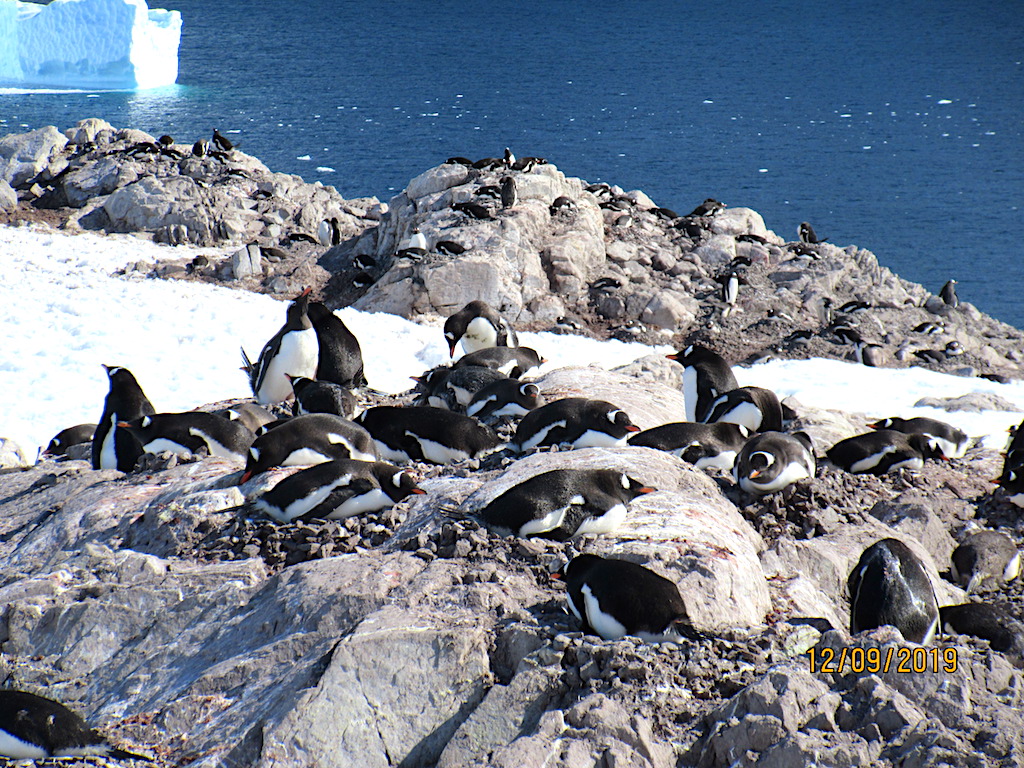 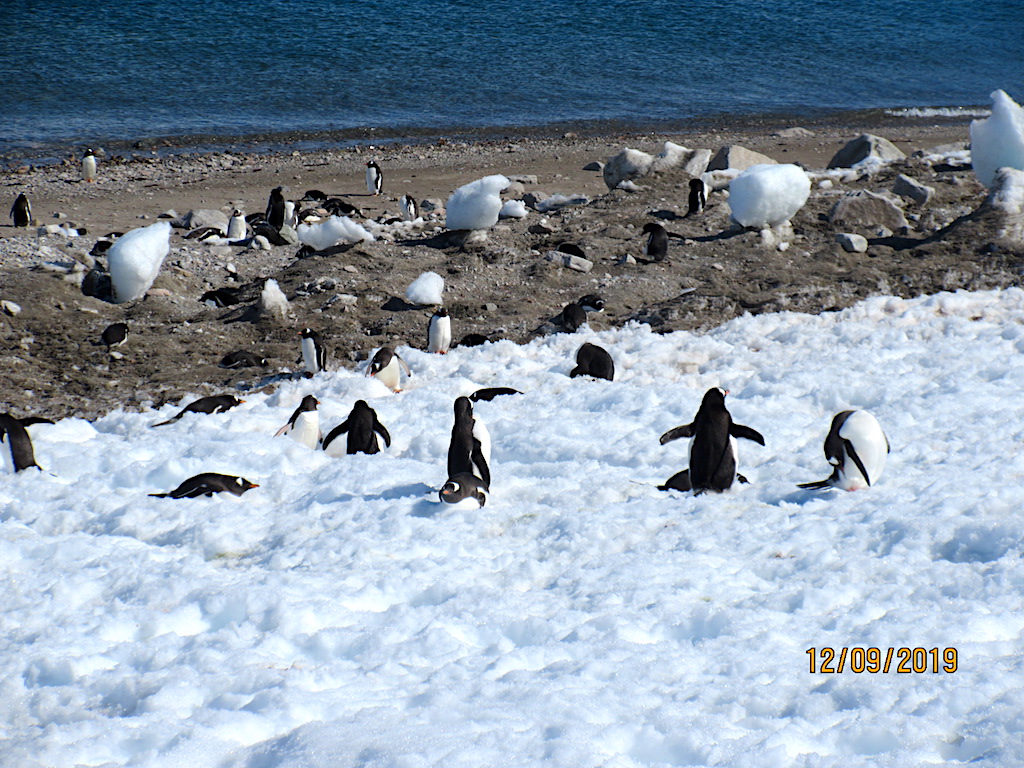 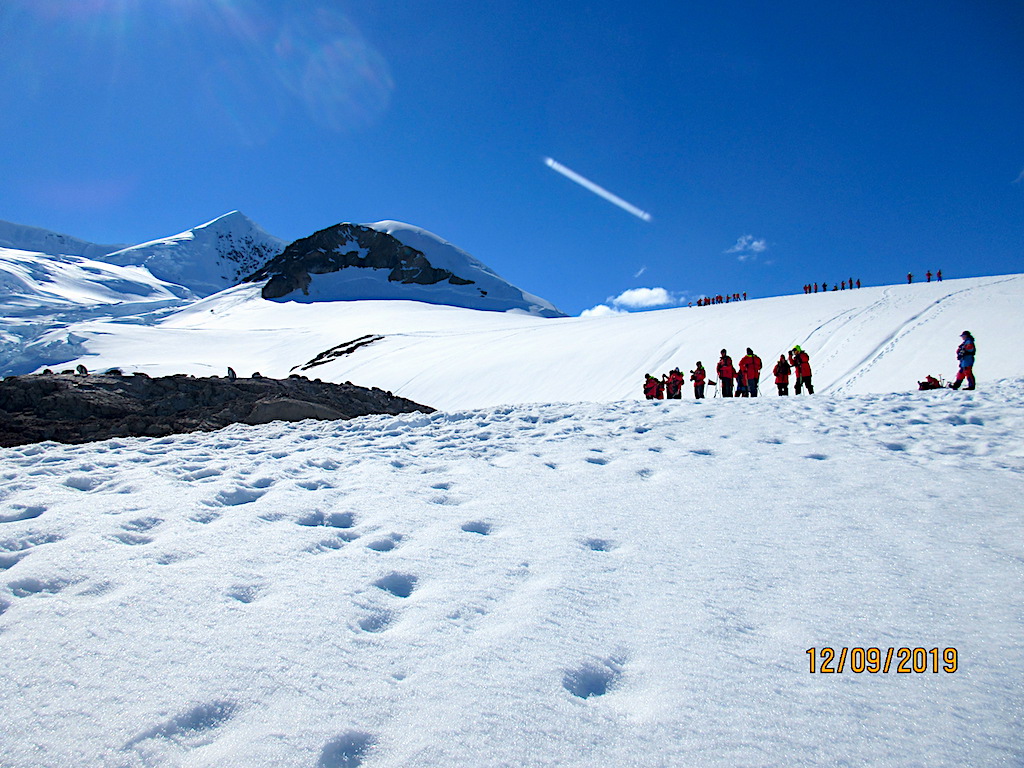 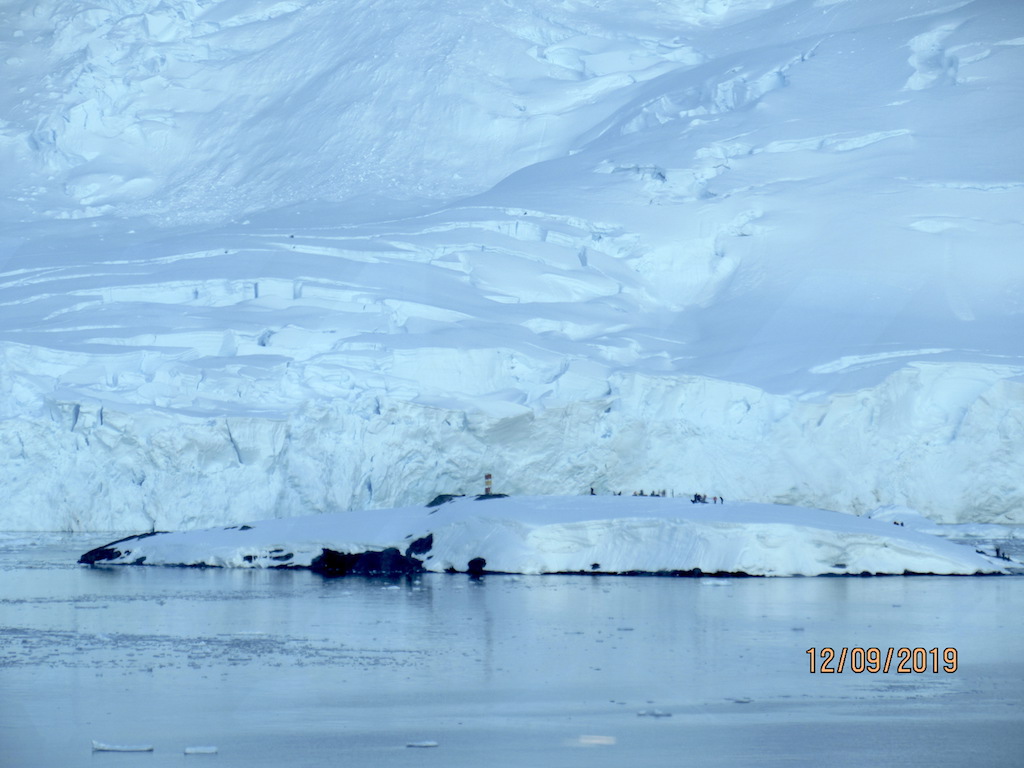 This morning we went ashore at Neko Harbor with another gorgeous sunny day in Antarctica. The hike up the hillside was much less steep than in days past and Kent was able to make it up the hill to the penguin rookery for a look. The penguins had created a couple of penguin highways cut into the snow like a foot-deep channel going up the hillside to the rookery. We could see penguins’ heads bobbing along up and down the channel between the water and the rookery. The penguins were busy stealing pebbles from other nests and sitting on their nests.

Mark hiked up the hillside further to a place where the views of the harbor were easier to see and took some photos while Kent waited at the rookery below. Every vista and direction you look is different as the ice, snow and glaciers create unique beauty everywhere. This area is known for large pieces of ice falling and creating large waves so they kept us well off the beach when we were going ashore. We did not experience any ice falling on this day.

Later in the morning we attended a lecture on krill that most of the animals in the sea feed on. The krill are a small shrimp like crustacean that is very plentiful in the cold waters around Antarctica. There are two researchers onboard who are up in the bridge documenting the number of wildlife they see, along with their location. This will assist in making sure that the wildlife has enough krill in the areas where they live and hopefully allow fishing of the krill to be done in areas where there are more than enough krill. Krill are used for fish food, feeding livestock and fish bait. Research has found that krill oil can be effective in the lowering of “bad” LDL cholesterol and may increase “good” cholesterol. So, we may be seeing more things with krill in it.

At 5:30pm it was time for us to go out on one of the tender boats to explore the area around our ship called Skontorp Cove in Paradise Harbor. We saw some seals, several varieties of birds and the usual penguins. There is also an Argentinean research station on the harbor. Unfortunately, the weather was cloudy and colder than in the past few days. With a white cloudy sky, white ice and gray looking water, everything kind of blurs together and does not look nearly as beautiful as in the sunshine.

Before dinner we had our daily update for the activities planned for the following day. After the update the ship’s navigation officer gave us a short lecture on the navigation of the ship. We learned that the ship uses both paper maps, GPS, the windy.com website for weather reports, NASA satellite images for ice volume, sonar and a software program from Norway. The software tracks every ship’s navigation equipment in Antarctica to register the depth of the water at every point. The depth of most locations was last measured by a string and a weight in the early 1900’s and many of these measurements are lacking current conditions.

After dinner, 30 of the guests onboard headed out on a camping adventure on a nearby island. They paid $500 each for the opportunity to pitch their own tents and camp out until 6:30 in the morning. The ship provides the tents and down sleeping bags as well as some type of latrine since you are not allowed to leave anything on land. Oddly, this activity did not appeal to us.