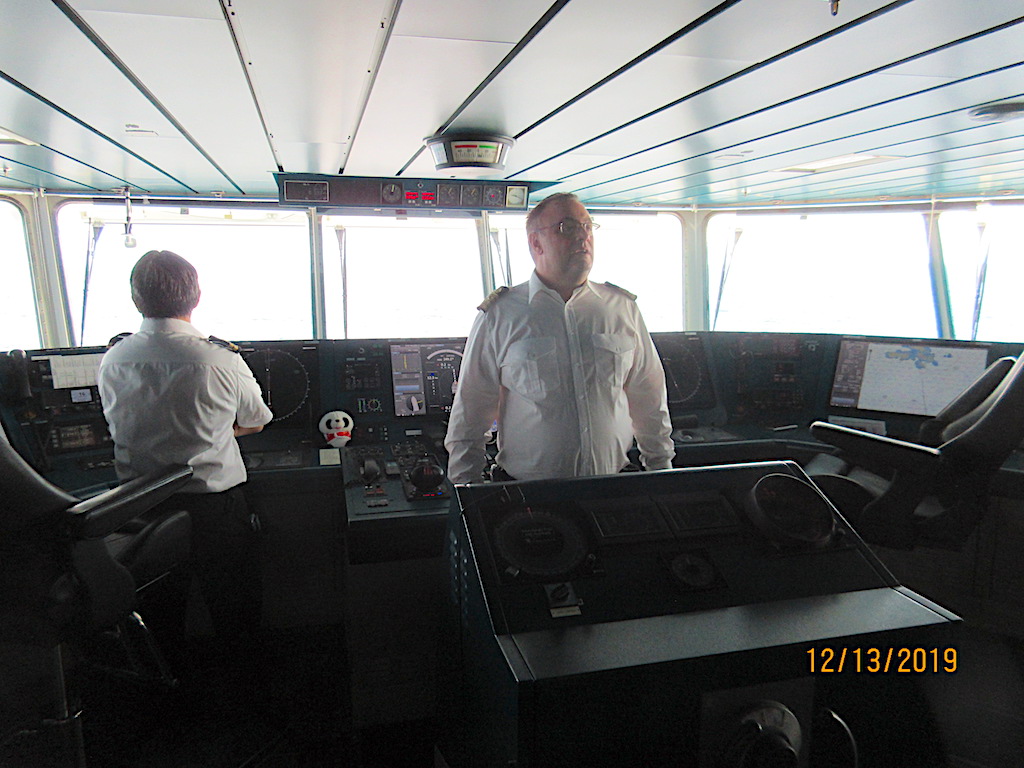 Captain at the Bridge Tour 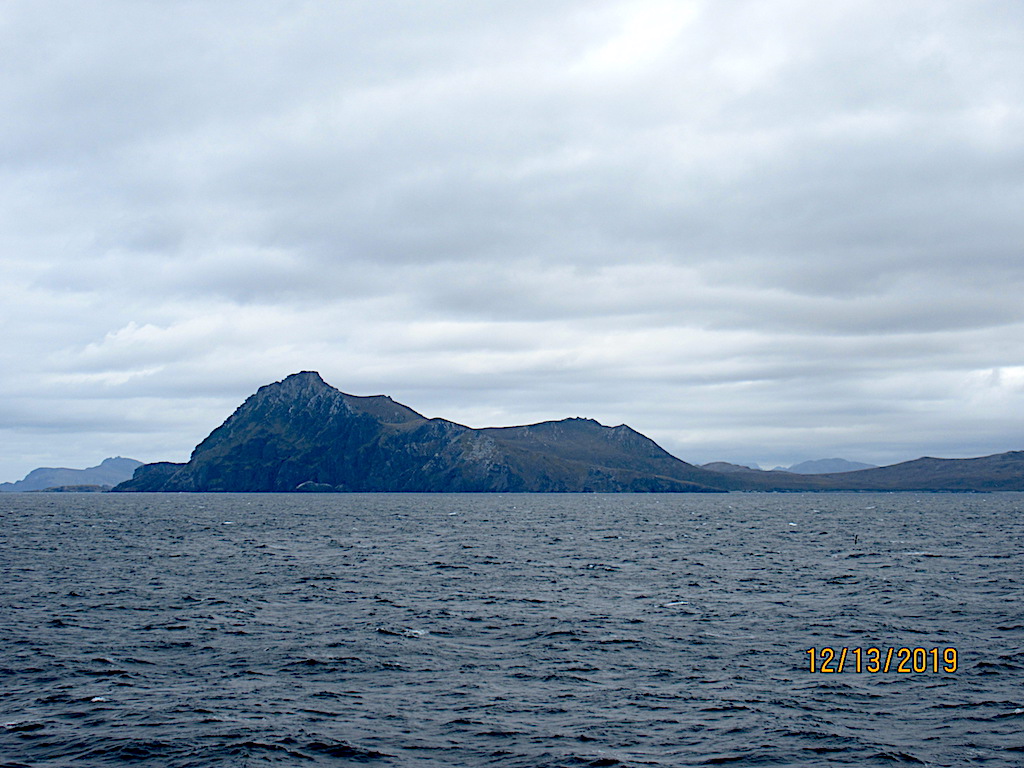 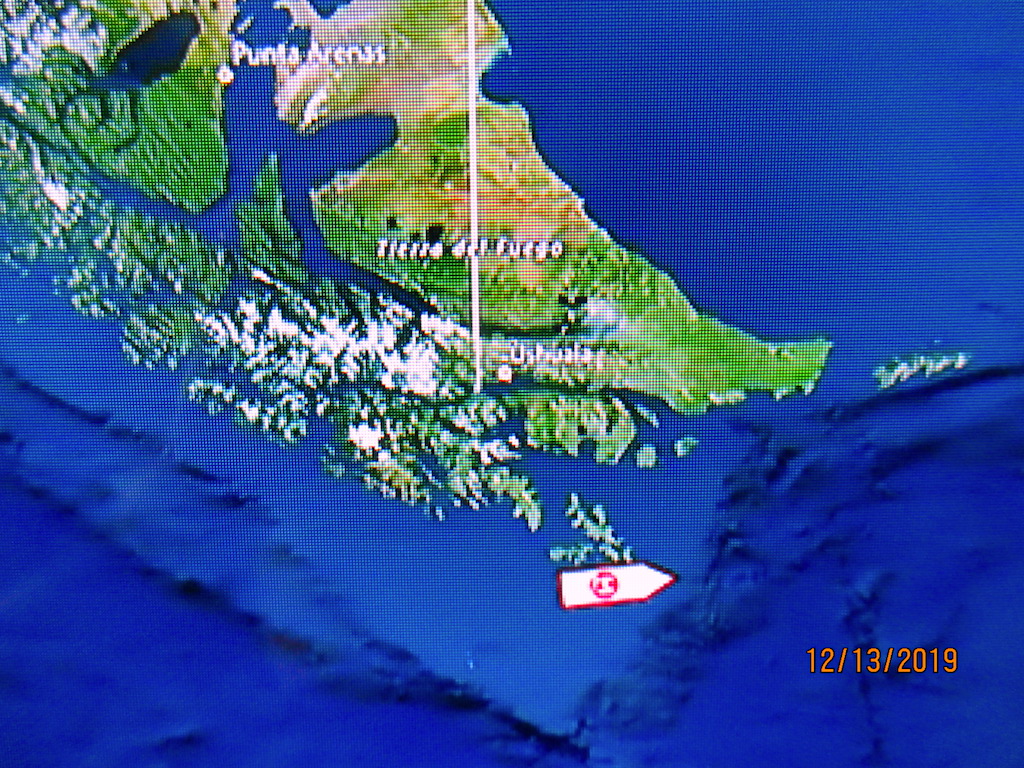 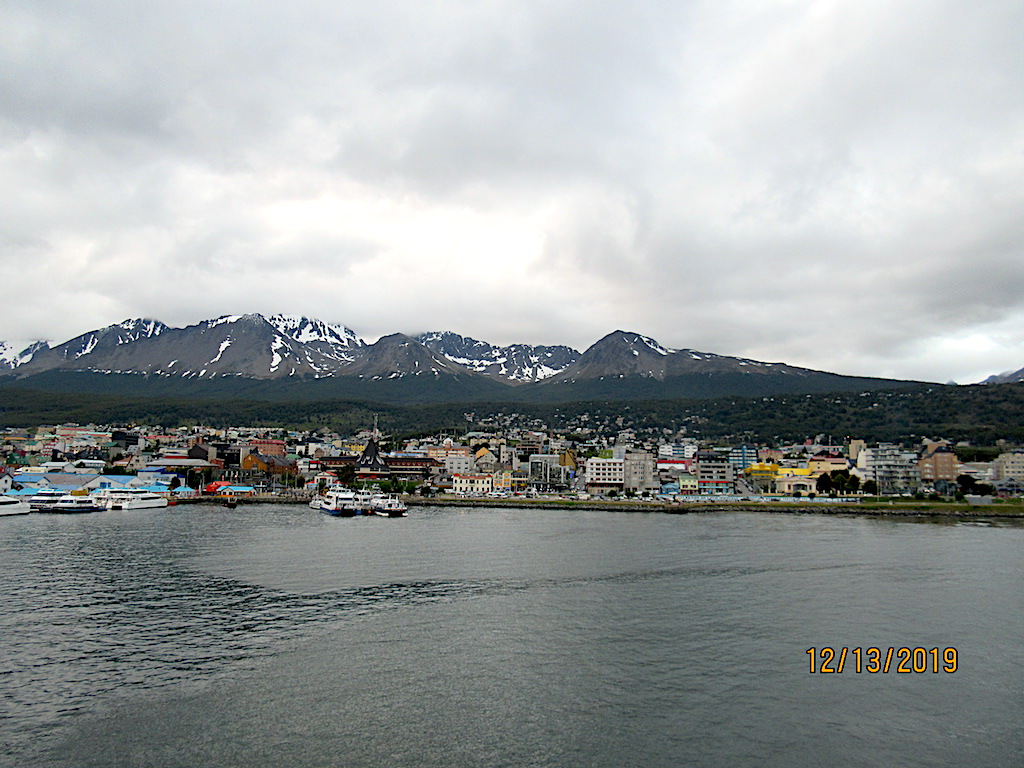 We had a quiet, smooth, uneventful night at sea on the Drake’s Passage. By morning the air outside was cold and gray but the water was nearly smooth.

After breakfast we took a short tour of the bridge with the captain and the navigator onboard. The ship was built in 2003 but most of the equipment in the bridge was replaced and modernized about six months ago. The equipment appears to be very modern with colored monitors although they do still also use a backup system with the traditional maps in case of computer failure.

We attended a lecture on whales in Antarctic where we learned about the size, markings and differences of the area’s whales. Some of these whales can intake as much as 5,000 gallons of food and water in one swallow before straining the water back out through their comb-like brushes they use instead of teeth. Some of the whales are very particular about their diet and will only eat one species of animal, like only the breast of a penguin or a particular variety of salmon.

About 11:00am we sailed by Cape Horn, the furthest point of South America, before heading northeast to enter the Beagle Channel for the final leg of our voyage. The weather was cold, drizzling and gray outside but the outside decks were filled with people taking photos.

We then attended a lecture on the life of explorer Sir Ernest Shackleton who was a British Antarctic explorer who led three British expeditions to the Antarctic. He was born in Ireland before moving to London at the age of ten. His first expedition was from 1901 to 1904 under Captain Robert Falcon Scott. From 1907 to 1909 he and three comrades set a new record for traveling the furthest south, only 112 miles from the South Pole. His third expedition was from 1914 to 1917 when he hoped to cross Antarctic from sea to sea, via the pole. Unfortunately, disaster struck when their ship, the Endurance, became trapped in ice and slowly crushed before the shore parties could be landed. The crew escaped by camping on the ice under the boat they sailed in until it disintegrated. Then they launched the life boats to reach Elephant Island and finally South Georgia Island over 830 miles away. In 1921 Shackleton returned to Antarctica but died of a heart attack while his ship was moored in South Georgia. At his wife’s request, he was buried there.

After lunch we attended an interesting lecture showing some of the footage from an underwater drone that explored the waters of Deception Island last week while we were there. The drone showed an incredible number of living creatures on the sea floor that you would not expect in such a cold climate. The sea floor was covered with sea stars, sponges, sea urchins and sea snakes. Many of these creatures were things that we have never seen before and the colors were unbelievable.

At 5:00pm we met up with the Vantage Travel group in the library for a look back at our trip to Antarctica and to see a slide presentation that our group leader, Paula, had prepared for us. She had taken photos along the voyage, including a group photo, and will send the photos to all of us via Drop Box when we get home. She said that others will also be able to share their photos if they like, which might be nice to select a few more photos to add to our collection.

After dinner some of the exploration staff presented some of their favorite moments from our voyage. This was followed by a slide show and movie of our voyage that you could purchase in the gift shop onboard. There were two photographers onboard who took great photos during our entire voyage.

We arrived back in Ushuaia about 9:00pm, nearly 10 hours early, due to the smooth seas in the Drakes Passage. Some guests chose to go into town and have a look around, but we chose to go to bed about 10:00pm.