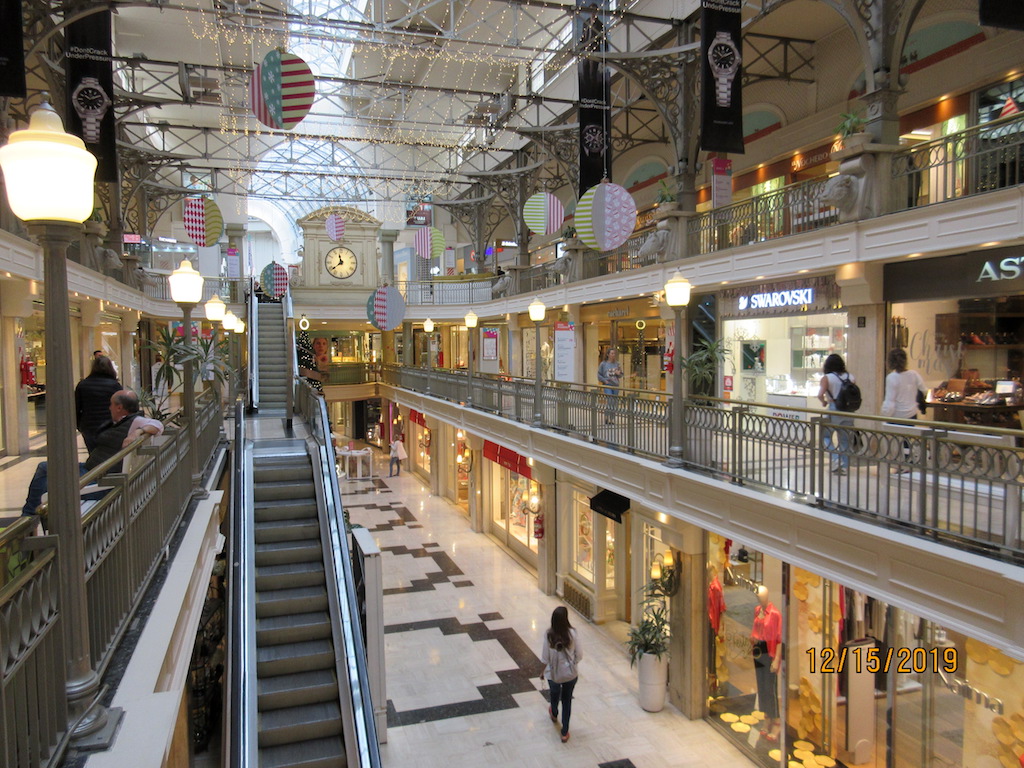 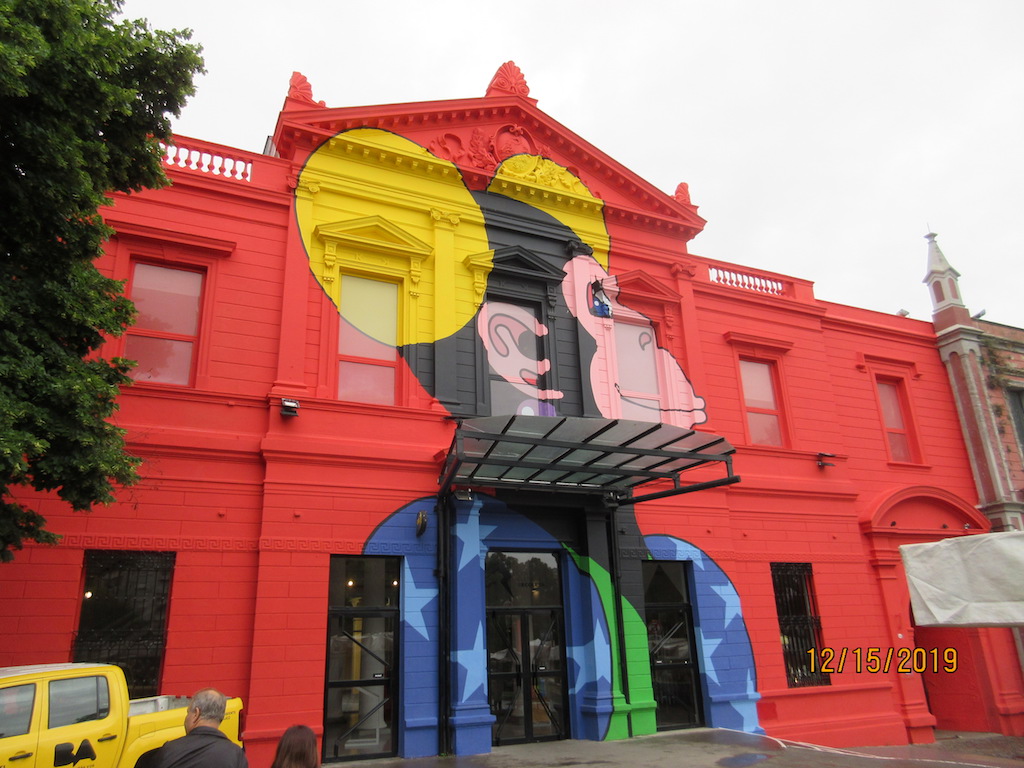 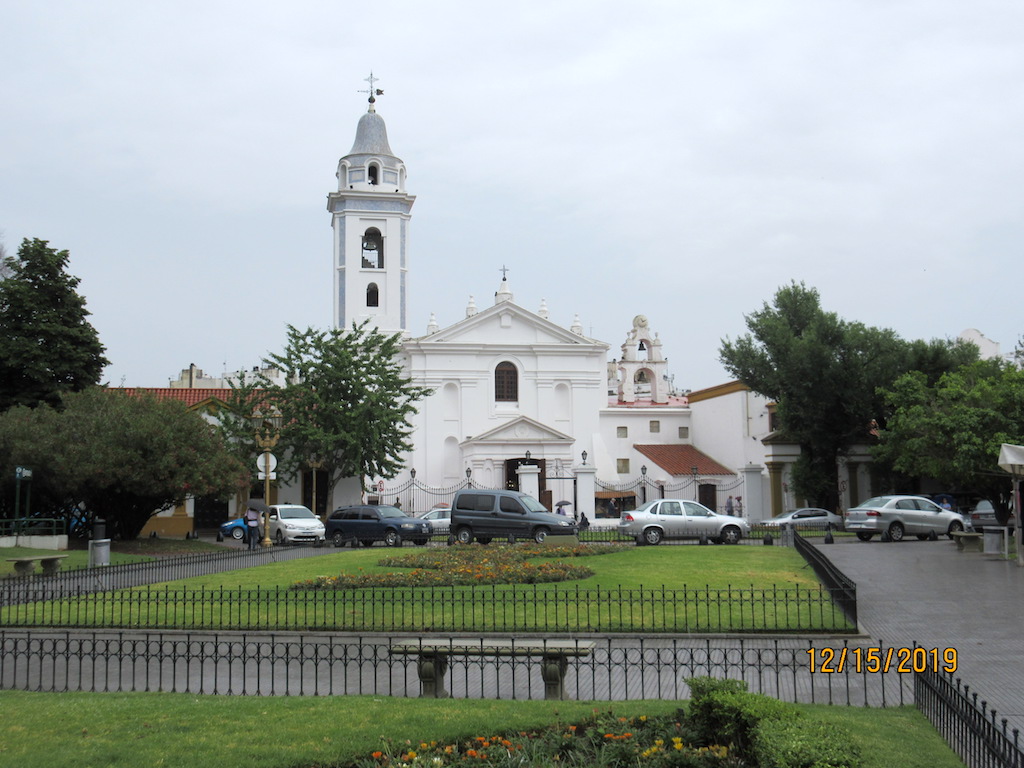 The morning weather was raining but as the day progressed it gradually improved until late afternoon when the skies cleared and the sun came out. We checked out of our hotel room about 10:30am and checked our luggage for the remainder of the day until it was time to leave for the airport. We walked with Eric and Sally and Sandy and Becky to the Recoleta neighborhood where they were having a handicraft fair. There were probably a couple of hundred small stalls where artisans sold things they had created. There was lots of jewelry, paintings, woodcrafts, crocheted clothing, sculpture, and more. Everyone purchased an item or two for souvenirs or gifts.

For lunch we all went to a fast food type hamburger and hot dog restaurant that Eric and Sally had enjoyed a couple of years ago when they were in Buenos Aires. They sold an assortment of hot dogs and burgers with a variety of condiments, French fries and drinks.

We meandered around town a bit looking for a last empanada for Kent, but we had trouble finding them where we were. We finally found a restaurant that served them in the food court at a very nice shopping mall. The shops in the mall had beautiful window displays and the central atrium was decked out in holiday displays and lights.

Our shuttle came to the hotel to pick us up for the international airport about 6:00pm. Mila and Neil were on our flight also. We boarded a flight from Buenos Aires, Argentina about 10:00pm bound for Houston, Texas, arriving about 5:00am. This was a long ten-hour flight but we had some United Club passes so we enjoyed a bit of breakfast and coffee at the United lounge. We departed Houston about 9:40am for our final leg home. After pushing away from the gate and taxiing to runway a young woman ran up the aisle wanting off the airplane. The pilot turned us around and returned to the gate to let her off the plane. As luck would have it, the jetway we just departed from was not working and so they could not pull the ramp up to the plane. We finally had to be pulled to another gate where the jetway was working to let her off the plane before departing. We left Houston about 90 minutes late, arriving exhausted in San Diego about 12:30pm.