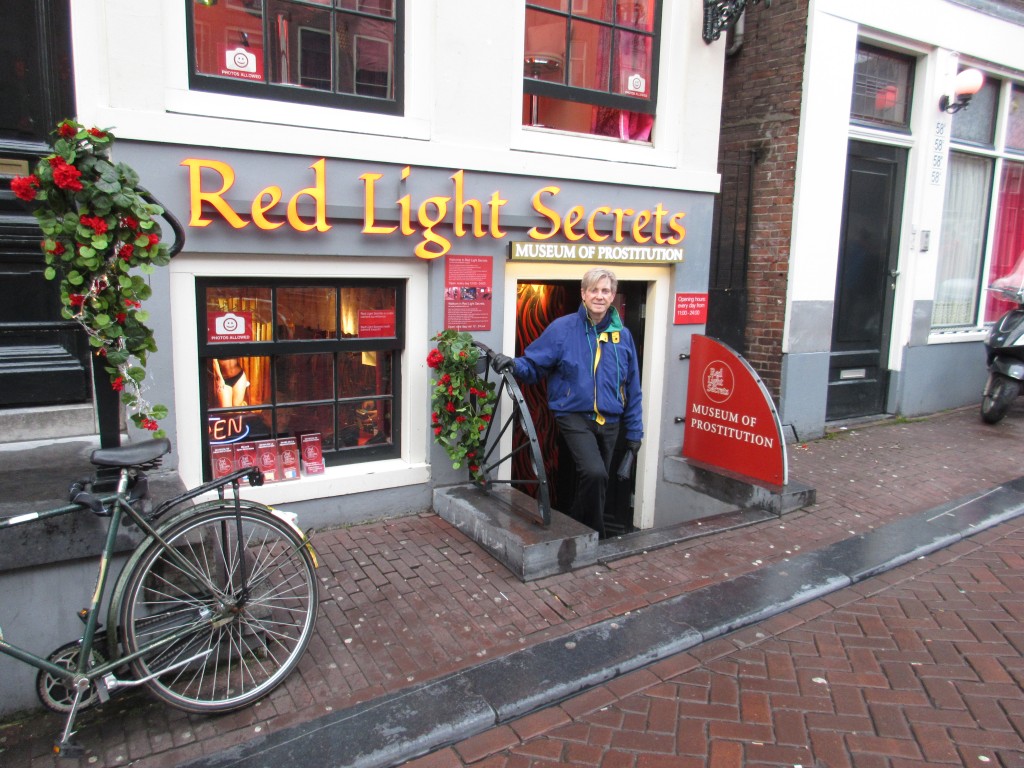 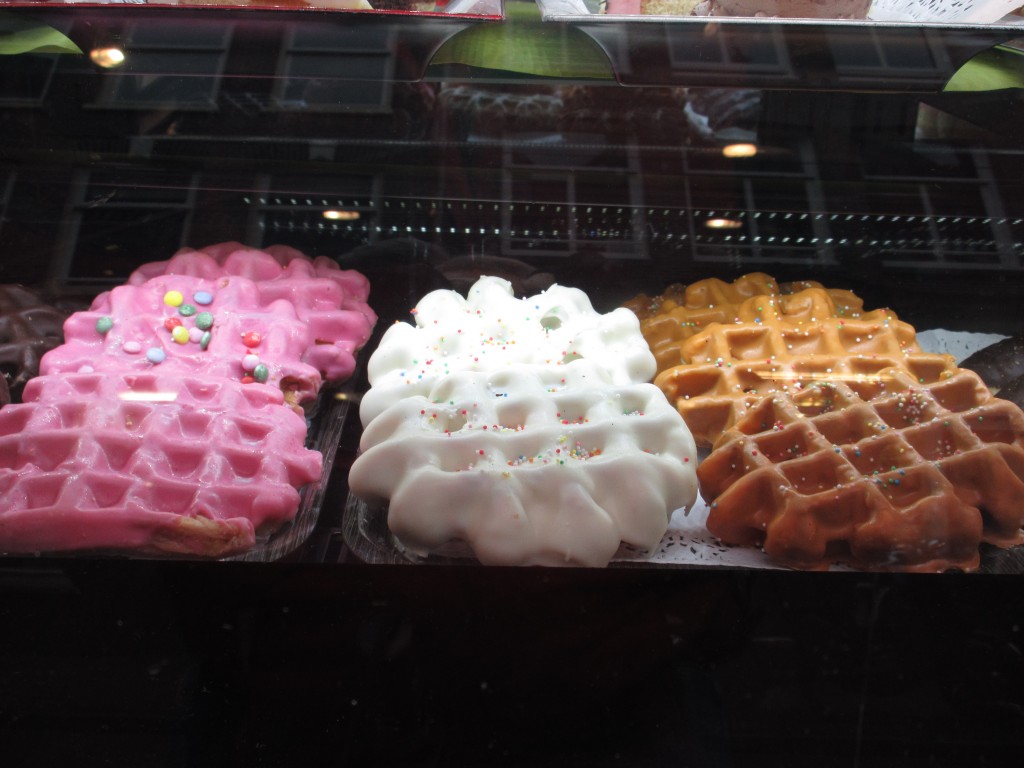 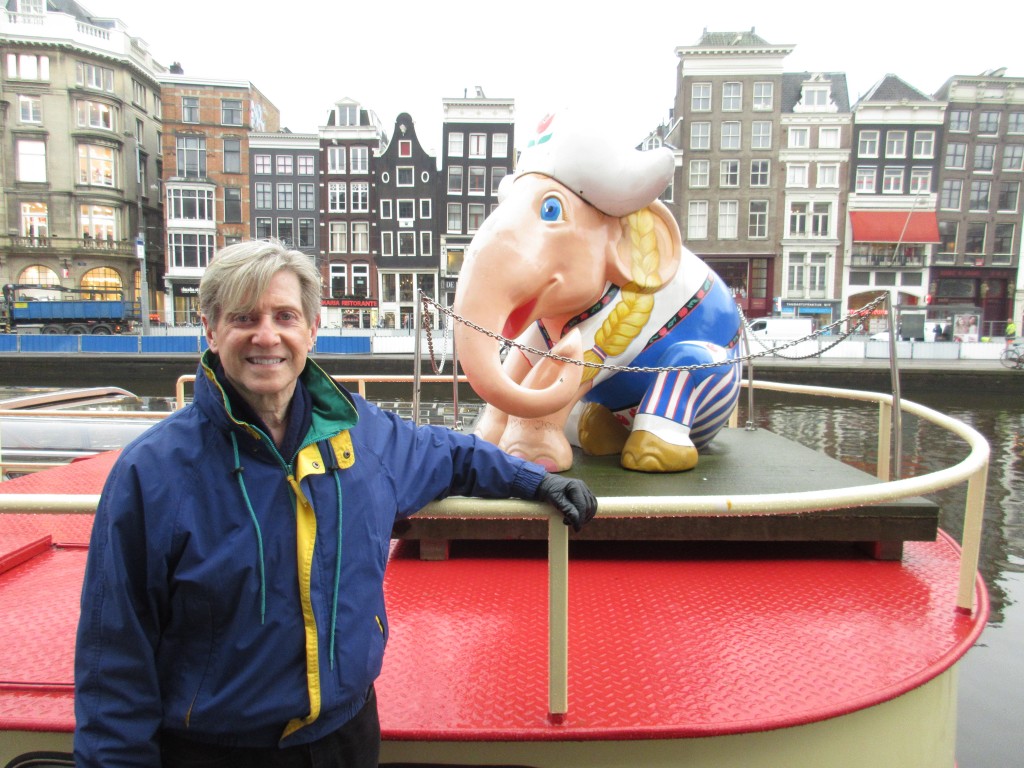 Amsterdam – Kent and his new friend 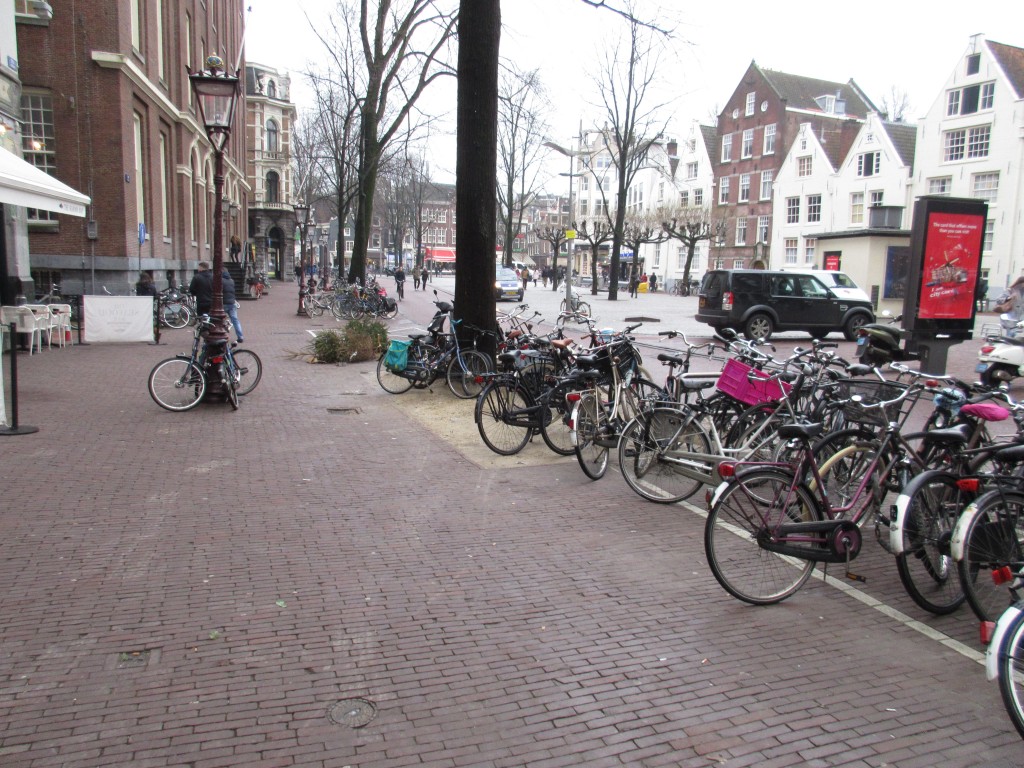 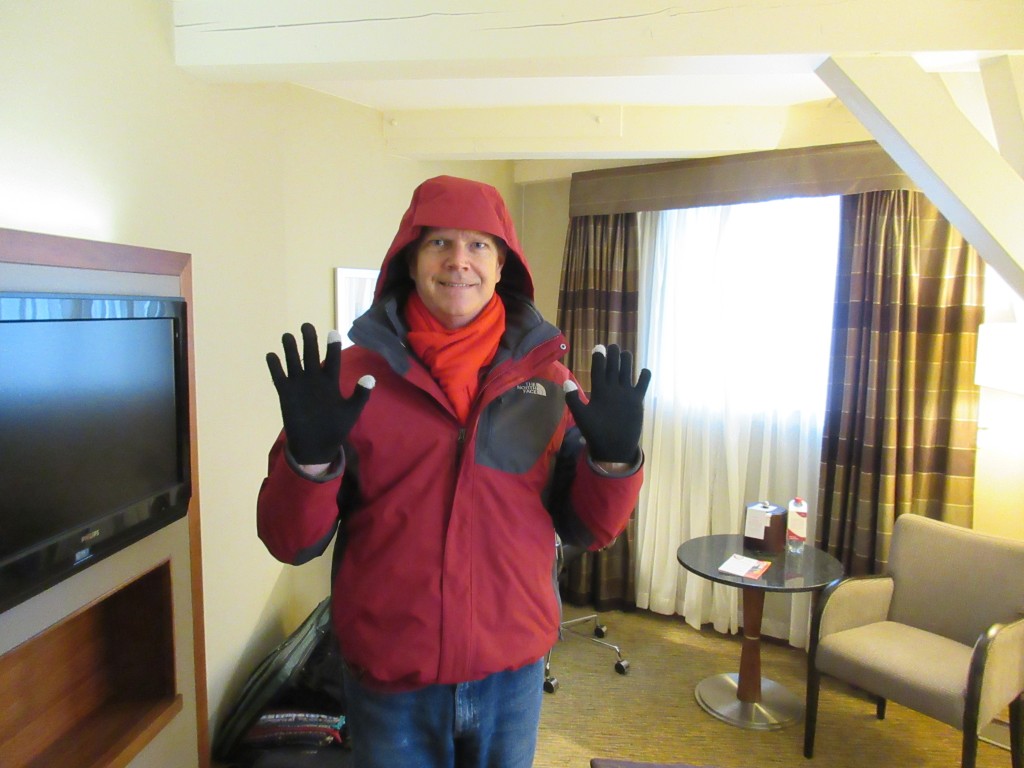 Amsterdam – Mark preparing to go out in the cold

This morning we took a walking tour around the Red Light District (RDL) where some of the girls were working even though the area was not as busy as in the evenings.

We stopped at a local coffee and pastry shop where we tried one of their waffles that is coated with frosting. The waffles taste similar to a donut and are served warm with chocolate, strawberry or caramel glaze and sprinkles or chocolate bits. It was very sweet and we enjoyed it.

They have begun to clean up the city streets after the New Year’s Eve celebrations and the shops are removing the last signs of the Christmas holiday. Sale signs are in shop windows advertising two for the price of one, or up to 70% off. The streets are still busy, but not as crazy as they were over the weekend when the locals were mostly off work for the holidays.

The locals—old and young—ride bicycles to work, to run errands and to do most everything. Along every street you see hundreds of parked bicycles lining the sidewalks. Many of them are old with rust and flat tires, but many are still in use. Most have been locked to trees, bike racks or anything they can find to lock up their bikes.

We needed a nap this afternoon since Kent did not sleep well last night. He had hot tea with his dinner and the caffeine may have contributed to his inability to sleep. Also, we have not yet adjusted to the nine-hour time difference from San Diego. The afternoon was largely spent in the hotel…..still cold and rainy outside.

By late afternoon Marc Fritze, one of the students that we mentored at San Diego State in 2009 met us at our hotel. He had driven two and a half hours from Germany to visit with us. We last saw him in 2010 when we were in Frankfurt for a few days. We had dinner at a nearby Turkish restaurant called Istanbul. Marc has been working in Berlin doing recruiting, but recently quit his job to look for a company that he likes better. He looked great and we wish him luck in finding a new job that he loves.