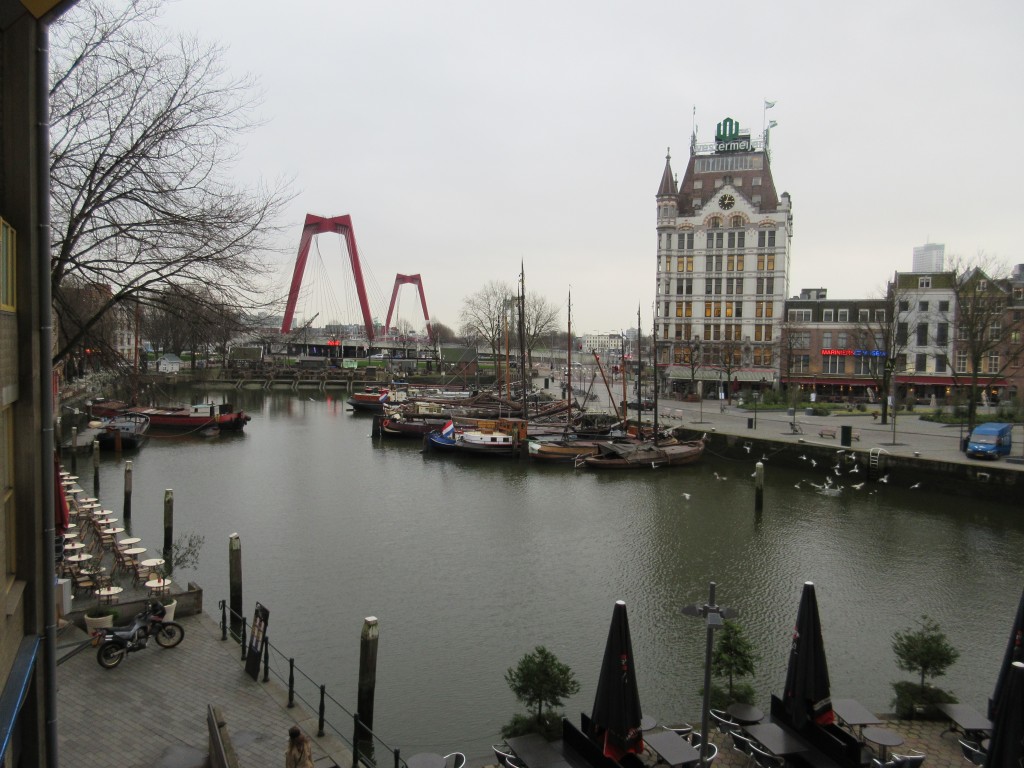 Rotterdam – Mark and the Rooster 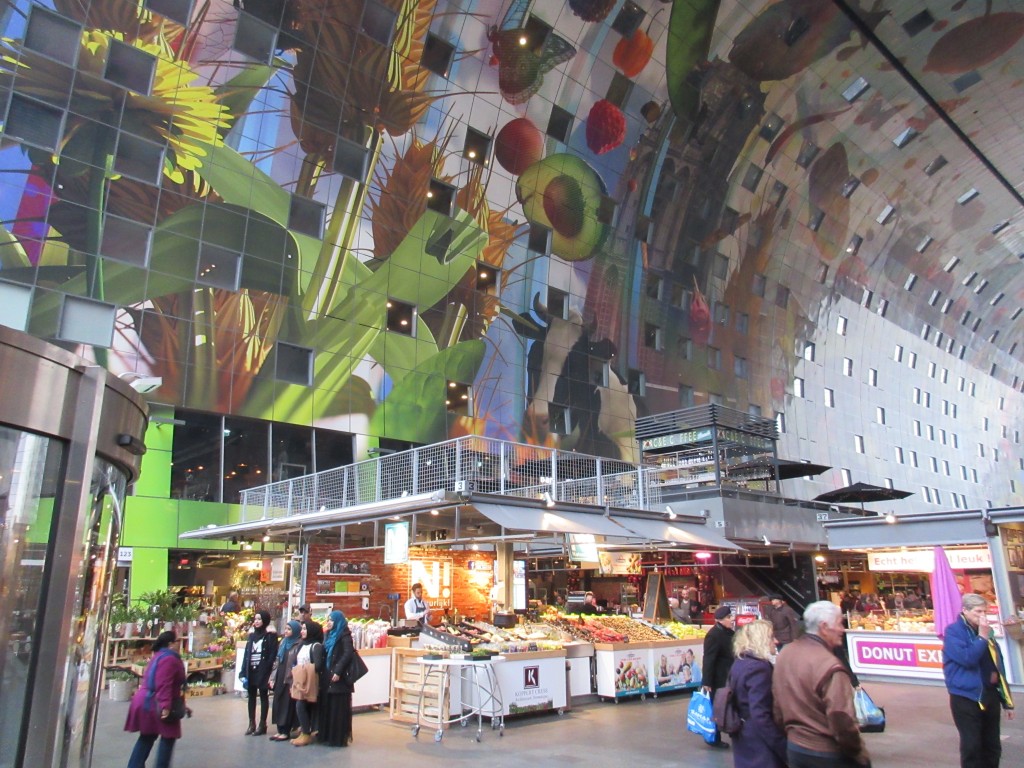 This morning we had breakfast in the hotel before packing our bags and preparing for our train journey to the town of Rotterdam. The train ride to Rotterdam on the express train took only about 45 minutes. The trains are very quiet and provide a smooth ride. Our hotel for two nights is The Manhattan Hotel Rotterdam just across the street from the Central Station in Rotterdam. The hotel is located in a 35-story high-rise office tower.

Rotterdam began as a fishing village in the 13th century. Trade and shipping flourished and Rotterdam grew quickly. Between 1866 and 1872, a channel was excavated giving Rotterdam a better connection to the sea and allowing it to grow into a shipping town. Unfortunately during World War II, in 1940, German bombers destroyed the city center and harbor leaving 80,000 homeless and 900 dead. Today the city has 625,000 inhabitants and contains the largest cargo port in Europe and the 10th largest in the world. The city is very diverse and is home to 176 different nationalities. The city today is very modern with a mix of modern skyscrapers and older classic buildings.

In the afternoon, we took a walking tour around town where we saw all types of architecture. Included were the city hall, built in 1920 in the Beaux Art style with Byzantine, Roman and Art Deco influences, to the modern cube houses tilted up on their corners where people live within the slanted walls. Tall skyscrapers are springing up around the city filled with modern offices and apartments. Here you will also find the first skyscraper built in Europe in 1898 as an office building and rising about 150 feet. More unusual is the fact that this skyscraper was built of thick load-bearing walls of brick rather than steel. The exterior was covered with white-glazed brick decorated with mosaics and Art Nouveau images. The area around the harbor was very active with students and a diverse set of people, including many Muslim women wearing their usual headscarves.

We stopped in a beautiful modern market hall that was completed in 2014 and had a coffee and apple tart. The market hall is built under a horseshoe shaped apartment building where the residents have windows looking into the market. The ceiling within the horseshoe are painted with fruits and vegetables and called the local Sistine Chapel due to the painting on the ceiling.

The weather has not improved much. We headed back to the hotel shortly before dark as it began to rain.