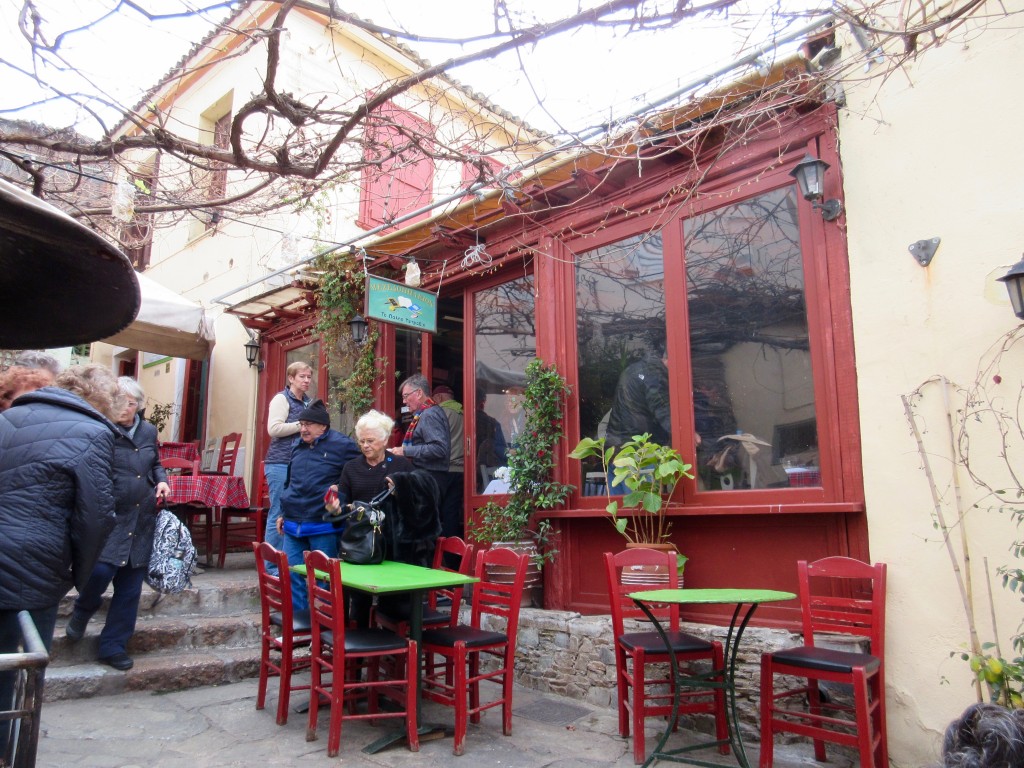 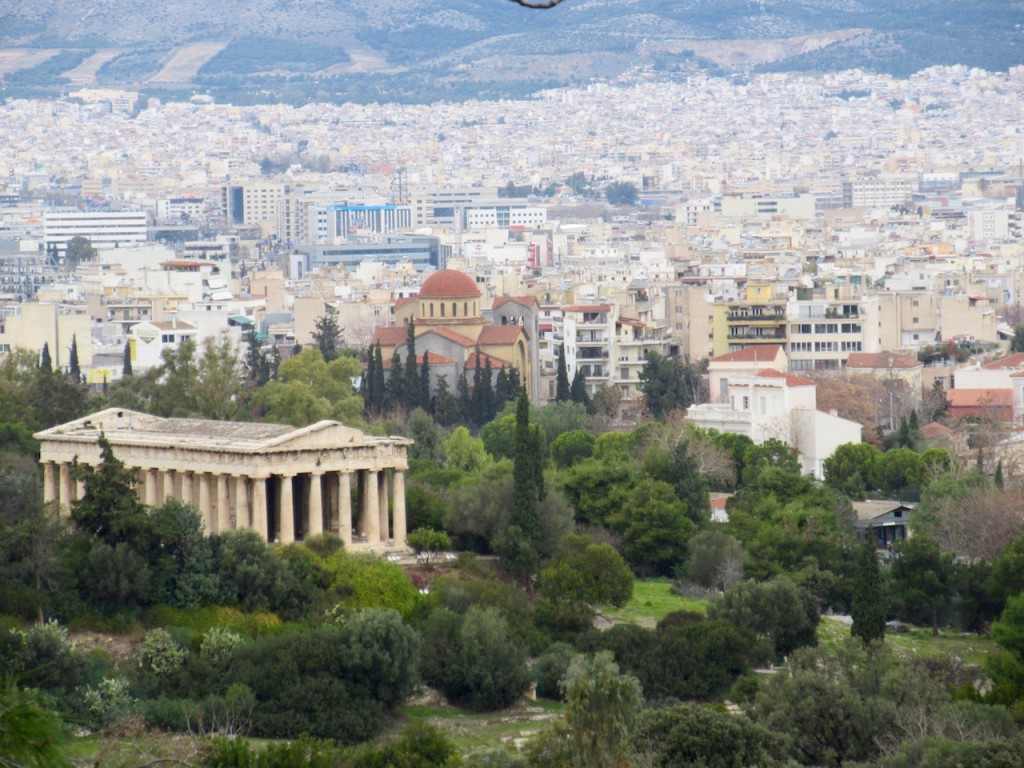 The weather has not improved much and it was cold with a predicted high for the day of 42 degrees. The skies were mostly cloudy although we did have a few glimpses ofduring the day. Most people went out bundled up in scarfs, jackets, hats and gloves.

Athens is the capital of Greece and is the largest city in Greece with a population of 665,000 residents. The greater metropolitan area is much more densely populated with an estimated 3.75 million people. Athens is estimated to be one of the oldest cities in the world dating back some 7,000 years.

We took a panoramic bus tour that took us to Panathinaiko Stadium where the first modern Olympic games were held in 1896. The stadium is constructed of white marble and was recently reconstructed. We drove by Adrian’s Arch, the statue of Lord Byron and the Temple of Olympian Zeus. We saw Constitiution Square and the former Royal Palace where the Evzones National Guard keep watch, in their traditional costume, over the tomb of the Unknown Warrior.

We stopped near the Acropolis and began a walk on foot around the Acropolis, passing an old partially restored theater, stopped at a lookout to take photos out over the city and then into the Plaka. The Plaka is the old historic neighborhood with winding streets, neoclassical architecture and many open spaces filled with ruins. We had a family style lunch at a local restaurant including roasted pork, moussaka, salad, bread, meatballs, a cheese turnover, wine and ice cream for dessert. We then had some free time to wander the streets of the Plaka where you find many souvenir shops and many restaurants. Not much unique or interesting to me.

Athens overall is very congested with traffic and is not a particularly beautiful city. Graffiti lines the streets; many of the buildings are in need of paint and repair. Most of the monuments are now secured and you pay an entrance fee to access them, although most are under some type of scaffolding and restoration. English is spoken by some of the locals, but many do not speak English, so communication with the locals can be difficult at times.

The entertainment on this evening was a young Flamenco and Spanish guitarist by the name of Dimitris Dekavallas.