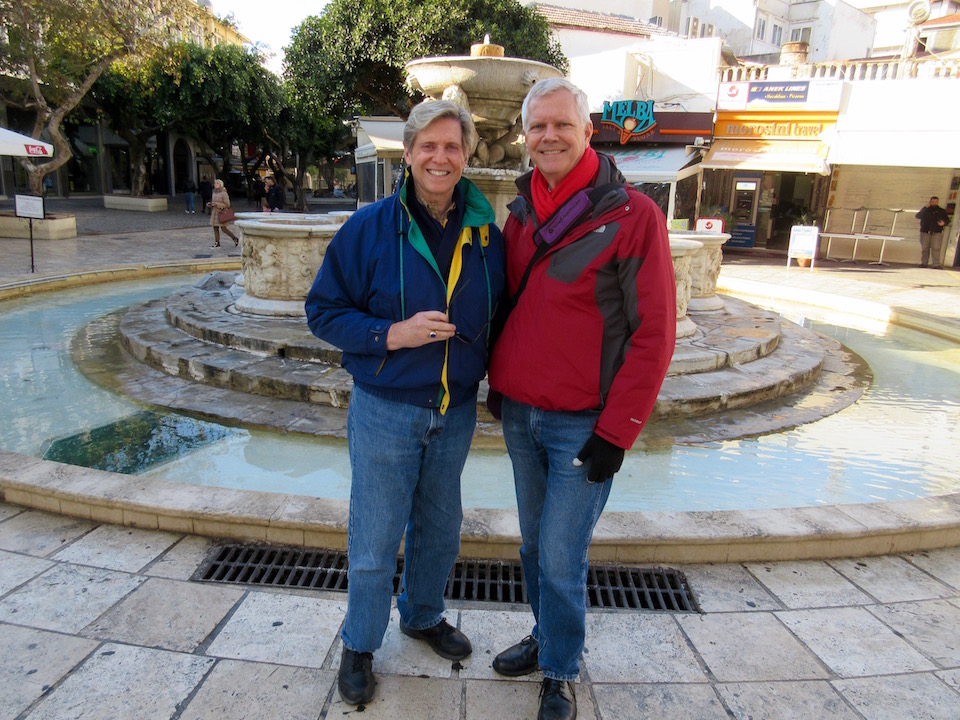 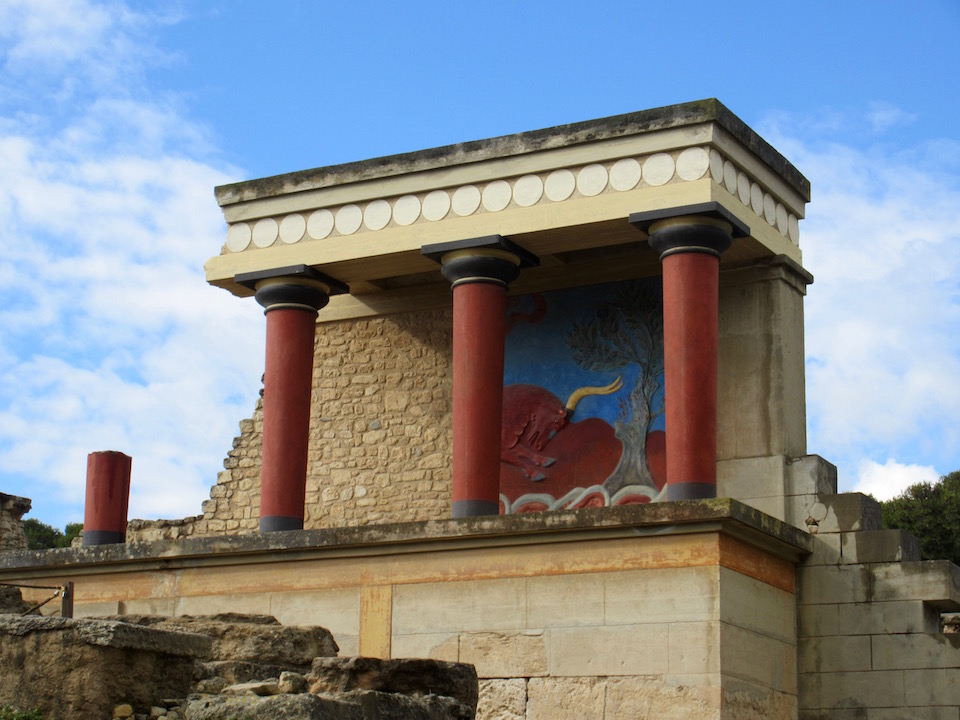 Iraklion is a town located on the island of Crete and is the largest of the Greek Islands. With approximately 175,000 inhabitants, Iraklion is the fifth largest city in Greece. According to Greek mythology, goddess Rhea hid the newborn Zeus in a cave on Crete, where nymphs brought him up and protected him from his enemies. It is also on Crete that Zeus took the form of a bull to seduce the maiden Europa.

We visited the Palace of Knossos archaeological site considered the center of the elusive and mysterious Minoan civilization. At the palace we visited the labyrinth built to confine the fabled Minotaur (half bull, half man), born out of the union between King Minos’ queen and a bull. Legend has it that the king fed his enemies to this monster until the secret of the labyrinth was finally unraveled. This extensive complex was first discovered in the late 1800’s and by 1900 a full-scale excavation was begun by an archaeologist names Mr. Evans. The excavations lasted for more than 40 years and the site has now been fully uncovered and partially restored. We also visited the living quarters of the king and queen, the storerooms, potters’ workshop and the theater.

Knossos has been partially rebuilt to allow you to see how the enormous complex may have once looked. It is believed that the site was built more than 1,700 years before Christ when 60,000 inhabitants lived in the area. The labyrinth included more than 1,4000 rooms and more than 600 people were thought to live within the walls of the complex. Both stone and wood were used to construct the complex including the use of large cypress trees for the columns. The columns were made of cypress trees turned upside down so that they would not continue to root after they were cut into columns. Earthquakes are very common in this area and it is believed that a volcano erupted on a neighboring island causing the partial wood structure to burn and collapse the entire structure.

Large pottery vessels were used to store wine, olives, olive oil and figs. Frescoes painted into wet plaster were used to decorate the walls. This must have been an incredible complex when it was in use.

After lunch back onboard the ship we walked with our friend Tom into the town of Iraklion to have a look around. The town has many nice streets filled with sidewalk cafes and shops of all kinds. Public parks and fountains are found throughout the town. The harbor houses many sailing vessels along side an Italian fort built many years ago.

The weather continues to be very cold and not very pleasant. We had rain and hail while we were out and the nearby mountains are covered in snow. The sun did come out shortly but not enough to raise the temperature much. The evening’s entertainment was a comedian by the name of Kevin Devane.

When we returned to our cabin for the night we had a letter in our cabin regarding upcoming safety precautions as we leave the Suez Canal towards Oman. The letter states that we will be having high powered fire hoses mounted on the deck, we will be traveling at speeds of not less than 17 miles per hour and guards with binoculars will be on deck 24 hours a day. In addition to this, they ask that we keep our cabin blackout drapes closed during the night to reduce the visibility of the ship from outside. We also received emergency alarm information and notice to vacate our outside cabins and move to the interior hallways in the event a suspicious watercraft approaches the ship. No word yet on whether they will be adding the razor wire to the exterior of the ship. We had this installed in 2013 when we travelled from Sri Lanka to the Seychelles.

The evening’s entertainment was a comedian by the name of Kevin Devane.