Before oil was discovered here some 50 years ago, Abu Dhabi was just a small fishing village. Today Abu Dhabi controls 95% of the oil production in the United Arab Emirates or UAE. Abu Dhabi is the largest of the UAE’s seven emirates and has a population of 600,000. Of these, more than 90% are expats from Europe, Asian, the US and other Middle East countries. Abu Dhabi has a reputation as a playground for the international elite who come here for the golf courses, luxury developments and high-end shopping malls.

In Abu Dhabi you will find the Sheikh Zayed Grand Mosque, one of the largest in the world with 82 domes, 1,000 columns, the world’s largest hand-knotted carpet and an enormous 24-carat gold chandelier. They say that the mosque will accommodate 40,000 people for prayer but this includes the large courtyard. You will also find the world’s first Ferrari theme park with more than 20 rides and attractions.

We took a four-hour Abu Dhabi highlights tour that started with a photo stop at the Sheik Zayed Grand Mosque. The entire exterior is covered in a very white marble imported from four countries including Italy. We were not able to enter the mosque on this tour but the exterior is quite spectacular. We drove by the Emirates Palace now a lavish six star hotel and the Royal family’s current residence. Our next stop was at the Heritage Village to see the culture and traditions of the local people. They have many model homes from earlier times displayed, as well as small craft shops showing some of the country’s handicrafts and trades. They have a weaver’s shop, a glass blowers shop, a pottery shop, a blacksmith shop, a leather shop and a tailoring shop. We drove along the café lined corniche or waterfront area to reach Saadiyat Island where they are currently developing a huge entertainment and shopping area. They are busy building a new Louvre Museum, a new Gugenheim Museum, a new Sheik Zayed National Museum, a symphony hall, new housing and a huge shopping pavilion.

After lunch back onboard the ship we took a shopping shuttle bus to the World Trade Center Souk and shopping center. Here you can see the recreation of a traditional souk inside a huge contemporary building. Across the street is a traditional western style mall with floors of stores, many of them familiar to us in the US. 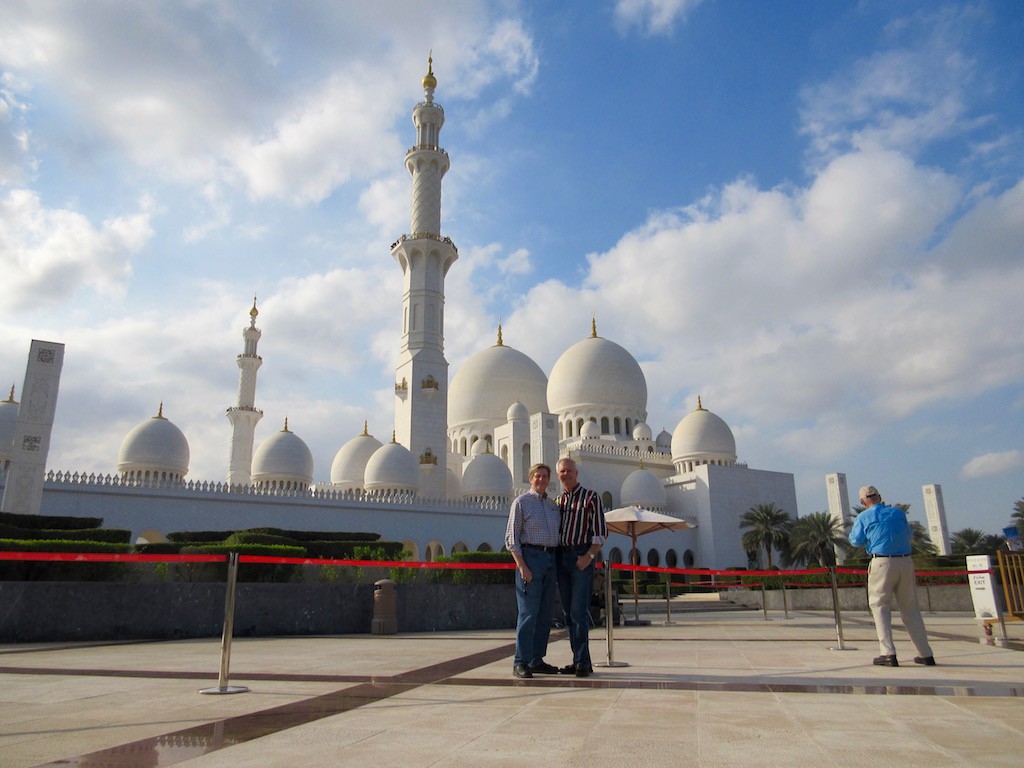 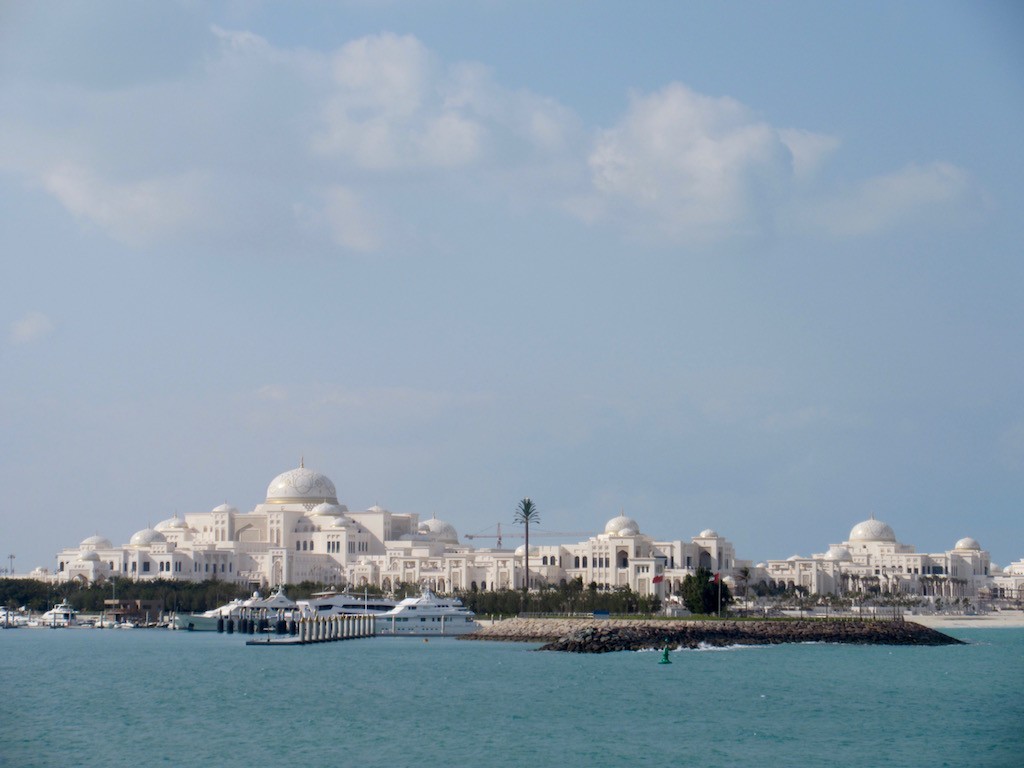 There was an Arabian BBQ tonight in the Lido and around the pool.   However, as it was Joakim’s last night on board, we asked several to join us for dinner in the dining room to send him off. Tom, Dennis, Robert, Steve, John and Joakim joined us for dinner to share stories and become better acquainted.