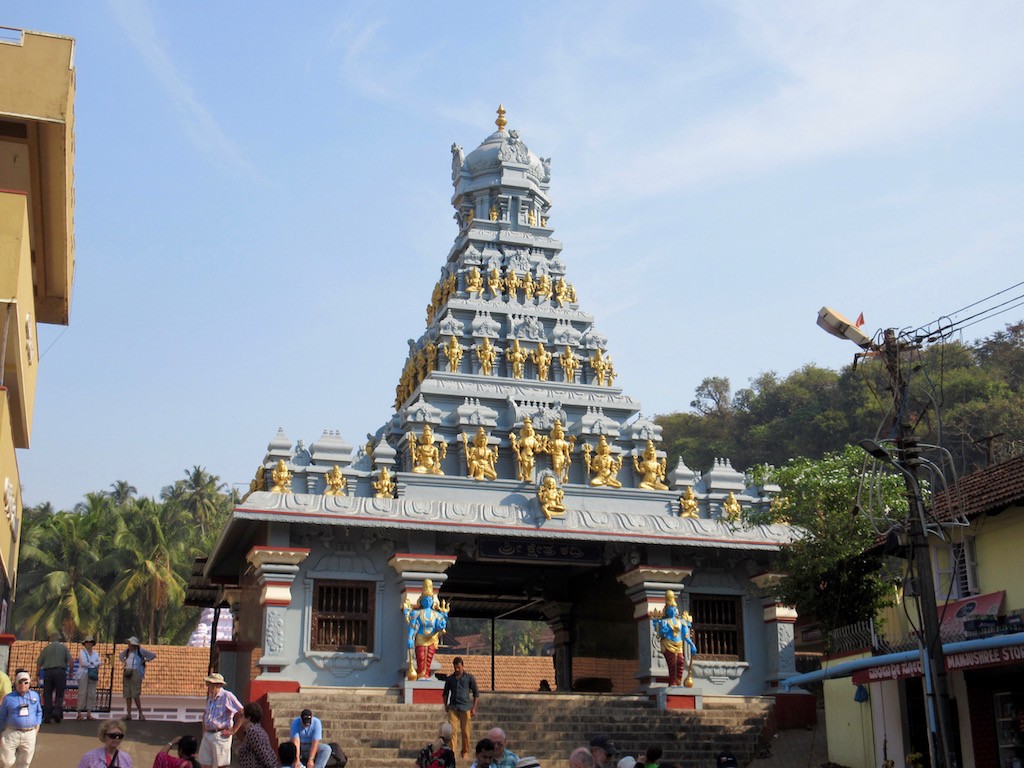 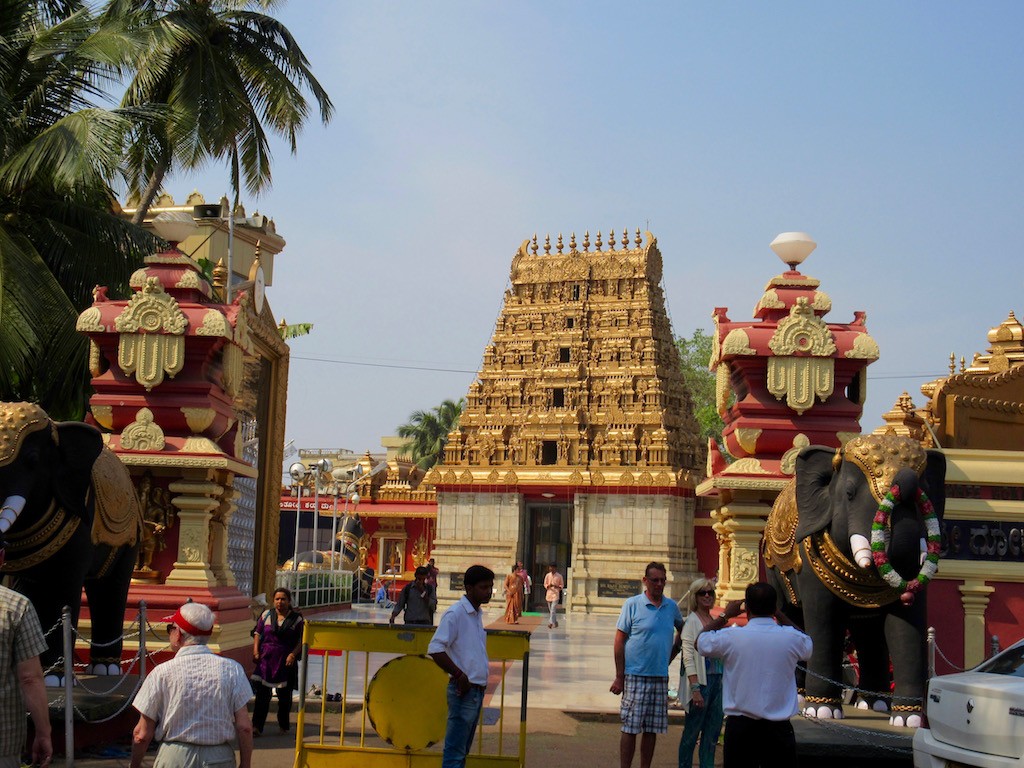 Dating back to the 14th Century, Mangalore is located on the west coast of India on the Arabian Sea and is a major port for exporting coffee and cashews. It was a Persian trading port and was “discovered” by Vasco da Gama in 1498, and the Portuguese officially took over in 1526. In the late 1700’s the East India Company took over the city, but the Sultan of Mysore won it back until the British once again prevailed. A local monarch later defeated them before winning the city back, only to have it burned down by the Arabs. Today the city is both a tourist destination and a busy commercial port and is known as a center of education. The cities population is approximately 625,000.

The weather forecast said that it would be 81 degrees out, but with the humidity it felt much warmer and you sweat like crazy. The air is not very clear but we are not sure if this is from moisture or from pollution or a combination of both.

Our shore excursion took us to Kadri Manjunath Temple dating back to the eleventh century and dedicated to the Lord Shiva. The temples are filled with many individual statues of Shiva within altars, each with a priest present, who is ready and available to offer you a small cup of water to drink, and a dish or cardamom and red dye to place on your forehead in exchange for a small token of your appreciation. Outside there is a large pool of water that resembles a lake that people use to bathe or wash themselves before entering the temple. The temple is not particularly beautiful or grand but many locals wander in and out as we visit. Signs everywhere state there photography is not allowed but our guide says that this is just for the locals and not the tourists. Very strange.

Our next stop was the Gokarnanath Temple that is a much more modern temple dedicated to Lord Shiva and built for the non-Brahmins of Mangalore who were denied entry into Brahmin Temples. Here there are several large buildings each with very elaborate altars that look a bit like something that you would find at Disneyland. There are tigers, cows, half-man, half-tiger creatures depicted in plastic molds or painted with bright colors and gold colored paint.

For a twist of religions we then visited a Christian church called St. Aloysius built in 1900 and featuring a chapel with beautiful frescoes by Italian artist Anthony Moscheni. Moscheni was a monk at the church and thought that the newly constructed church was a bit stark so he spent the next two years and five months painting every inch of the interior himself. He painted the columns to look like marble; he painted bible stories on the ceiling and walls that resemble what you might find in the Sistine Chapel in Rome. On the altar he also painted flat services to look as though they were three-dimensional statues in stone. The church is really quite beautiful and so unlike anything I have seen in India.

Mangalore is where more than half of the world’s cashews are processed so our next stop was at a cashew factory. Here we saw how the cashew nuts are dried in the sun, shelled, roasted, cleaned up and packaged for shipment. Hundreds of women are employed here earning only a few dollars a day to quickly separate the shell from the nut itself and also to remove the thin inner skin similar to what you find on a peanut. This is still done by hand and not machine.

We departed Mangalore for our next port, Cochin, India at 5:00pm. The evening’s entertainment was an internationally acclaimed Russian classical pianist by the name of Rustem Hayroudinoff.