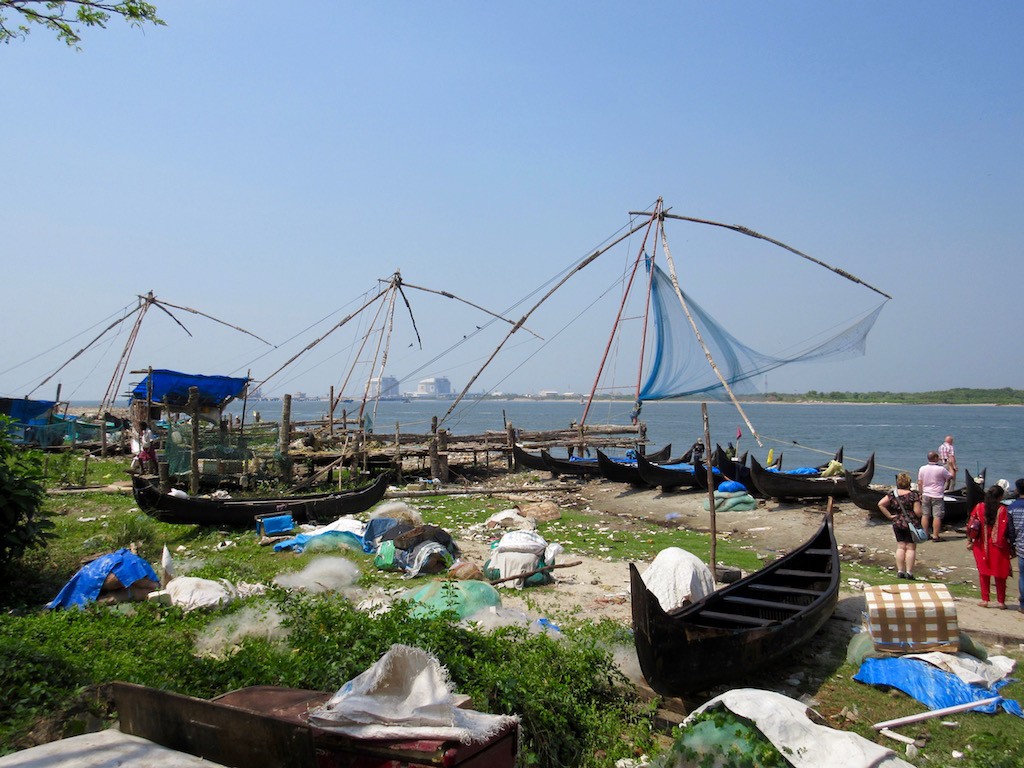 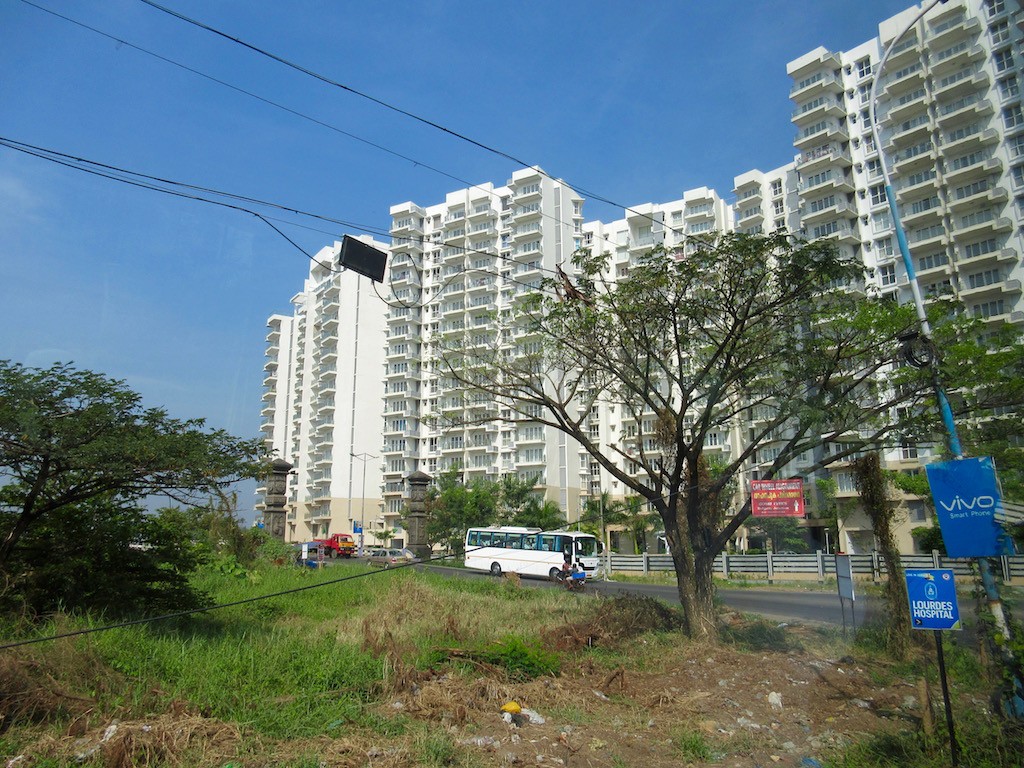 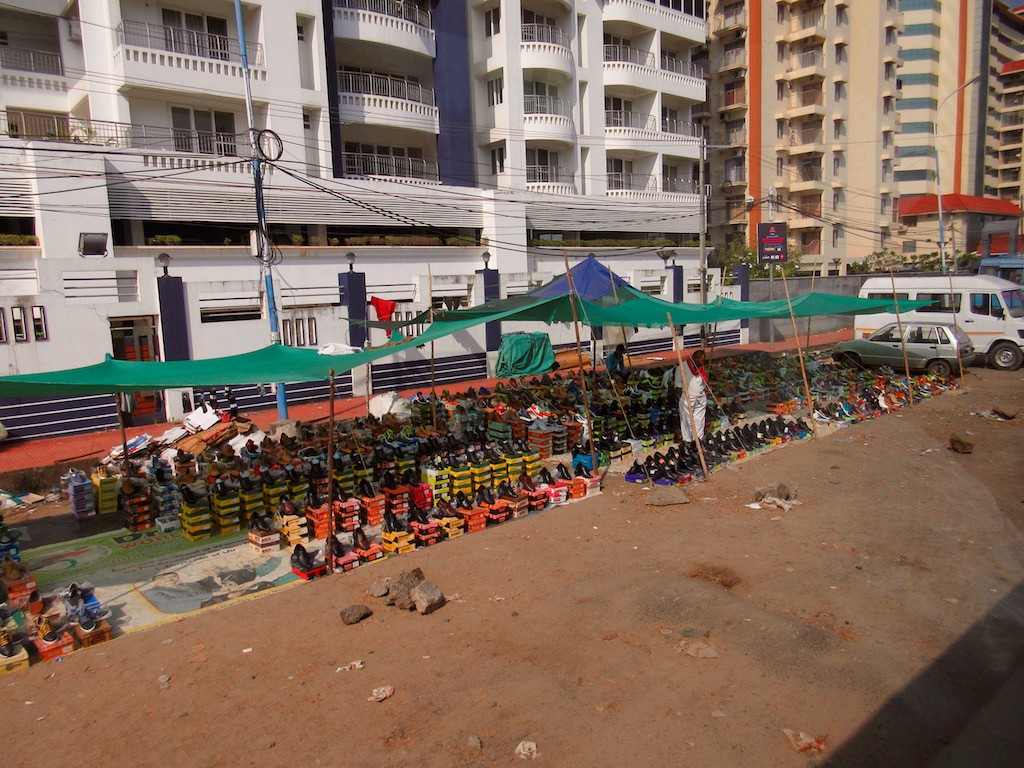 Cochin, with about 2,000,000 inhabitants, is located on the west coast of India close to the southern tip. Cochin means small harbor, which it once was. It was once the center of the Indian spice trade, trading black pepper and cardamom. Today, it is known for tourism, information technology and its port. Being close to the equator it has a very tropical climate, little change in temperature and lots of humidity. Fortunately for us the humidity was not as bad as it was yesterday in Mangalore.

We arrived in port a few minutes late and it took a few minutes longer for the local immigration officials to come onboard to process our clearance to go ashore. Local officials required that each passenger present themselves to officials to have their individual passports stamped along with a shore pass. In many countries there is no face-to-face meeting required and the ship is able to clear local immigration without any participation from passengers. Imagine 1,200 passengers, anxious to go ashore, waiting in line to see a local official. It was not a pretty sight and people were getting upset with the process, and people not following the rules that had been established by the ship to expedite this process as quickly as possible.

We took a five-hour bus tour called Panoramic Kochi where we would mostly be riding in the bus and getting an overall view of the city. The bus was superior to the one we had in Mangalore and the air conditioning worked exceptionally well. We explored the new section of town where beautiful new high-rise condominiums have been built along the river and the sea. While some of the buildings are newly constructed and beautifully designed, the surrounding areas are still in need of progress. Old dilapidated lots with trash and unkempt shops and businesses surround this new construction.

We then toured the old area of town, including the cantilevered Chinese fishing nets that represent Kochi’s sea trade. These large nets are lowered into the water for several minutes before being hoisted back out of the water in hopes of catching fish that may be swimming along and are caught up in the nets. They use a platform with a cantilever system to more easily raise and lower the fishing nets. It is believed that Chinese traders brought these huge fishing nets to India from the Court of Kublai Khan.

Also in the old town is St. Francis, the oldest European church in India, built in 1503 by Portuguese friars. Vasco da Gama was buried here in 1524, his remains later repatriated to Lisbon in 1538.

The city of Cochin is located in the state of Kerala and translates as the land of coconuts. The area is covered with coconut palm trees and everywhere we drove we saw people selling coconuts on the roadside. They produce all sorts of products out of the coconuts, including oil for cooking and beauty products. They also use a large amount of coconut milk in their cooking.

Many of the local women were wearing colorful saris or pants with a tunic dress over the top. Some of the younger men were wearing western style clothes but the older men all seemed to prefer a shirt on top and a skirt of sorts rather than trousers. The piece of fabric would be wrapped around the waist and reach to the floor but can also be folded up from the floor and tucked into the waist to create a shorter skirt look. In older times both the men and women would have only worn a lower piece of fabric and would be topless, but this went away after Christianity came to town.

Our guides told us that the people of Kerala are very progressive, well educated and have not more than two children. She said that divorce is more common and that they eat all types of food including beef, which is sacred throughout most of India.

Overall we thought that it was a pleasant city but that it did not have anything particularly noteworthy to see. We passed many temples, shops and homes but nothing stood out as special.

The entertainer on this night was a young man from England, who played flamenco music on the guitar, by the name of Adam Westcott. He was a likeable young man and was an excellent guitar player. Unfortunately his music all sounded similar and while he was playing he had no eye contact or connection with the audience. Quite a few guests left the show before he had finished.