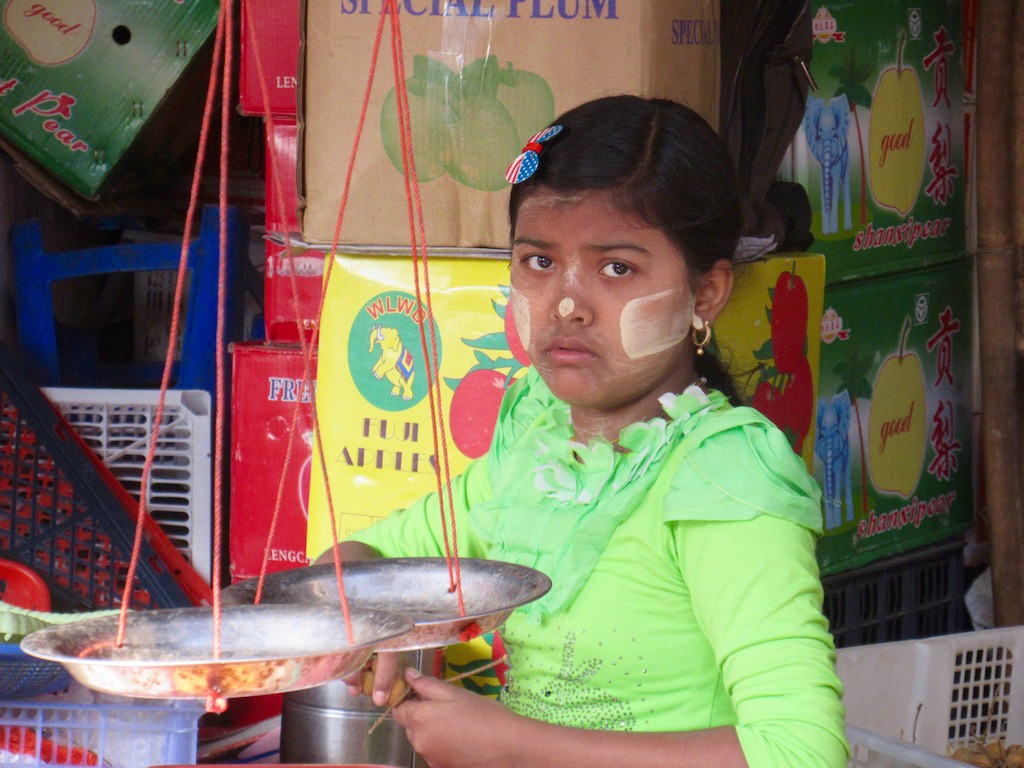 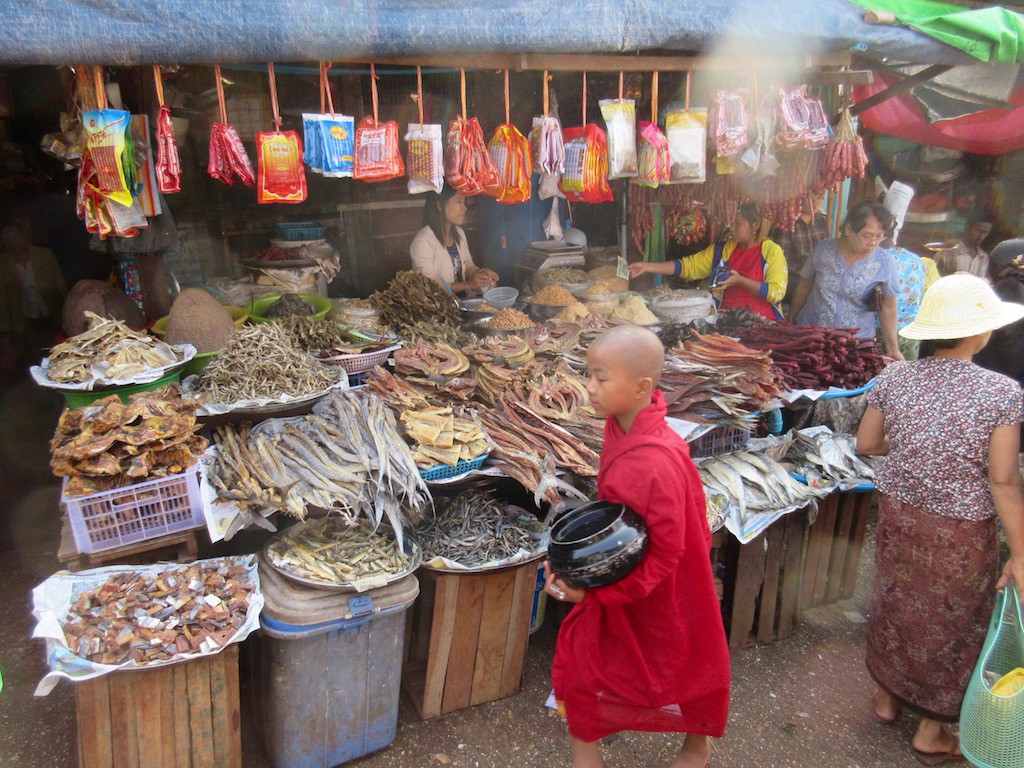 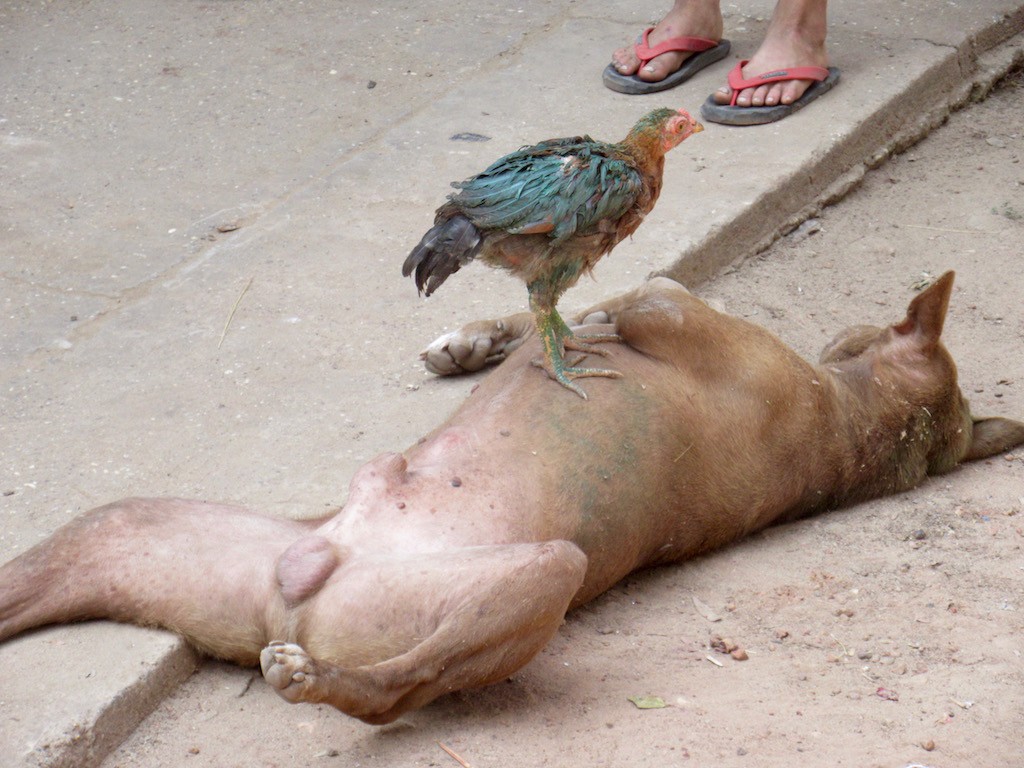 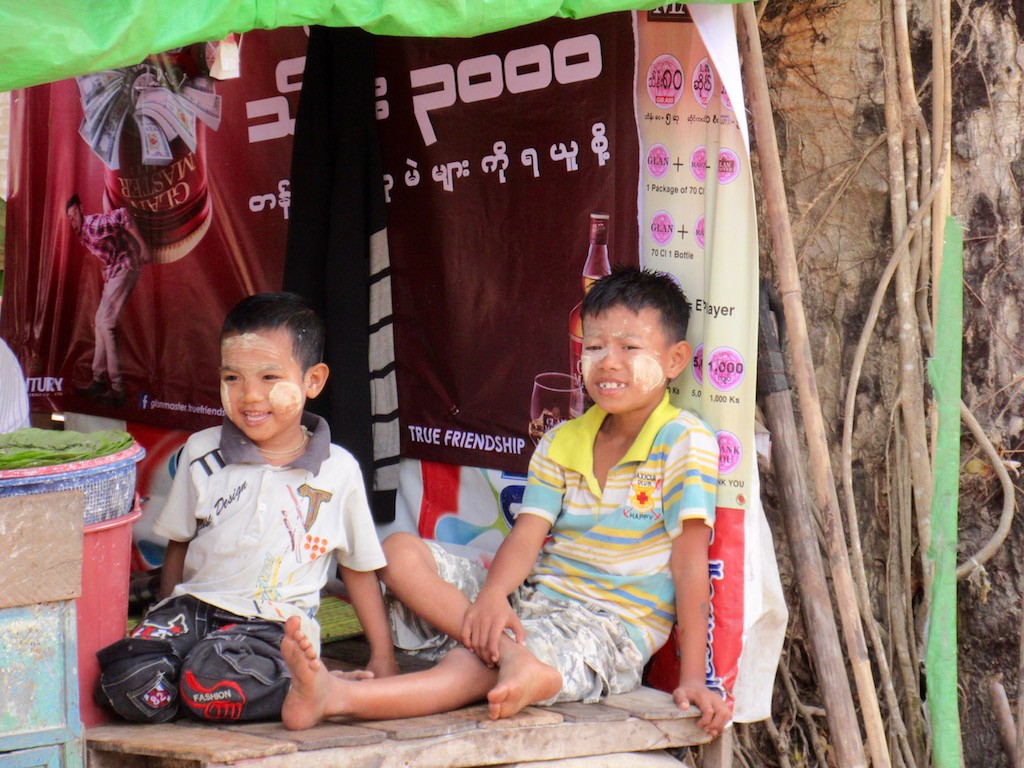 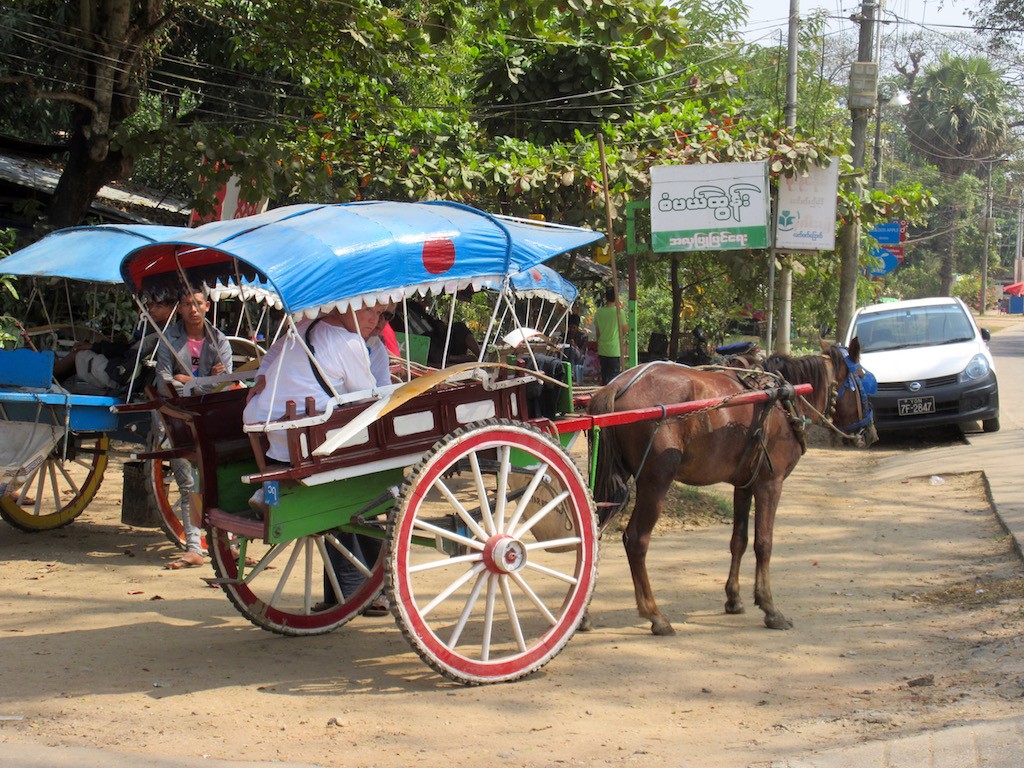 Our third day in Rangoon found us in a local village called Thanlyin with about 45,000 inhabitants and located about 30-minutes from the ship. This village was the base for the Portuguese adventurer and trader Philip de Brito during the 17th century. We visited the local market that is open daily and you can find most anything you would need for your daily life. Most locals do not have refrigeration so prefer to shop daily for food, as well as dine and socialize at the market. Small stalls were filled with every food item imaginable and many were unrecognizable to us. The locals shop for the best produce, eggs, meat, fish, oils, grains, flowers and more at the best price. Everything is negotiable. Women and children put a paste on their faces to protect them from the sun.

Our next stop was at the nearly 200 year old Bon Pyan Monastery where only five monks currently reside. The monastery is located in a 200 year old, three story wooden house in poor condition. On the grounds there are many stray dogs and cats that do not look in very good condition but they seem to exist all over town. One such dog was sprawled out on his back resting while a skinny little chicken hopped up on him and began pecking fleas off of the dog. The dog did not seem to mind so it must be a regular occurrence.

From the monastery we took a short walk around the village to check out the local homes and people. Many of the locals would come out of their homes to say hello and see who these strange looking people were, but everyone was very nice.

We then took a trishaw, a local mode of transportation used in the village to get from the market to home, etc. These trishaws typically will carry two of the small statured locals but we each had our own peddler to take us around the neighborhood. After our trishaw ride, we boarded a pony cart for a little ride around town. These pony carts are small wooded carts something like a covered wagon with two large wooden wheels being pulled by a small horse or pony. The carts are only large enough for two of us to ride on together. The locals seemed to get a laugh out of all these carts going down the streets with these visitors.

The afternoon was spent relaxing after a few long days of exploring Rangoon. We were happy to have had the chance to visit and see how the local people are living.

This evening we were invited by our friend Tom to join him in the Canaletto restaurant along with one of the onboard photographers named Max Hurn, whom we have become friendly with. Max is 22 years old from England and had lived some time on the Isle of Whyte. This is his first contract with the ship and he hopes to continue to travel for some time.

The entertainment was a repeat show by the Rotterdam singers and dancers called “A La Mode.”