About 530 guests disembarked the ship today and about 600 new passengers embarked the ship for the next segment through the islands of Indonesia. This segment will be a round trip journey from Singapore and they say that there will be a fair amount of Australian’s onboard.

Singapore, with 5.7 million inhabitants, is an island country and the smallest country in Southeast Asia (approximately 3.5 times the size of Washington DC). It is located on the southern tip of the Malaysian Peninsula. Singapore was the site of several ancient port cities and a possession of several empires in its history before the United Kingdom colonized it in 1819. In 1867 Singapore was put under the direct control of the British crown and consolidated into one administrative unit. The Japanese occupied it during World War II before a merger established it as part of the Malaysian Federation in 1963. By 1965 Singapore was ousted from the federation and Singapore acquired its independence. Having few natural resources, it was socio-politically volatile and economically undeveloped. Foreign investment and rapid government-led industrialization grew an economy that relies on exports of electronics and manufacturing, primarily crude oil refining. Singapore has the second busiest port in the world… second only to Shanghai. They load and unload 90,000 containers of cargo daily from ships in the port. It has the highest standard of living in Asia and 83% of the population lives in housing built by the government. More than half use the efficient public transportation system daily maintaining low pollution levels. Those who chose to own their own vehicles pay a sales tax of more than 100%. In addition to that they are required to have a vehicle license that is only available by auction and may set you back some $40,000. The license is only good for ten years at which time you will need to purchase a new license if you intend to drive your own vehicle. Driving on streets downtown may require multiple tolls, which are automatically charged to your account and vary in price by the time of day and the volume of cars on the road.

We have been to Singapore in the past so we decided to purchase a two-day pass on the local Hop On – Hop Off bus. In Singapore the busses run on four main routes around town, each taking about one-hour to make a loop. The closest stop for us was in China Town so we took the underground metro two-stops to reach China Town. The subway fare was approximately $1.80 (Singapore dollars) each way.

Once on the open-air double-decker bus, we were able to transit the city to see the waterfront, including: the Singapore Flyer (Ferris wheel), Little India neighborhood, Arab quarter neighborhood, Orchard Street—where all of the high end shopping is located–and more. We stopped for a delicious lunch of Singapore noodles at the Suntec Shopping Center before continuing our journey. By late afternoon we had melted in the hot and humid weather and returned to the air-conditioned ship for dinner. 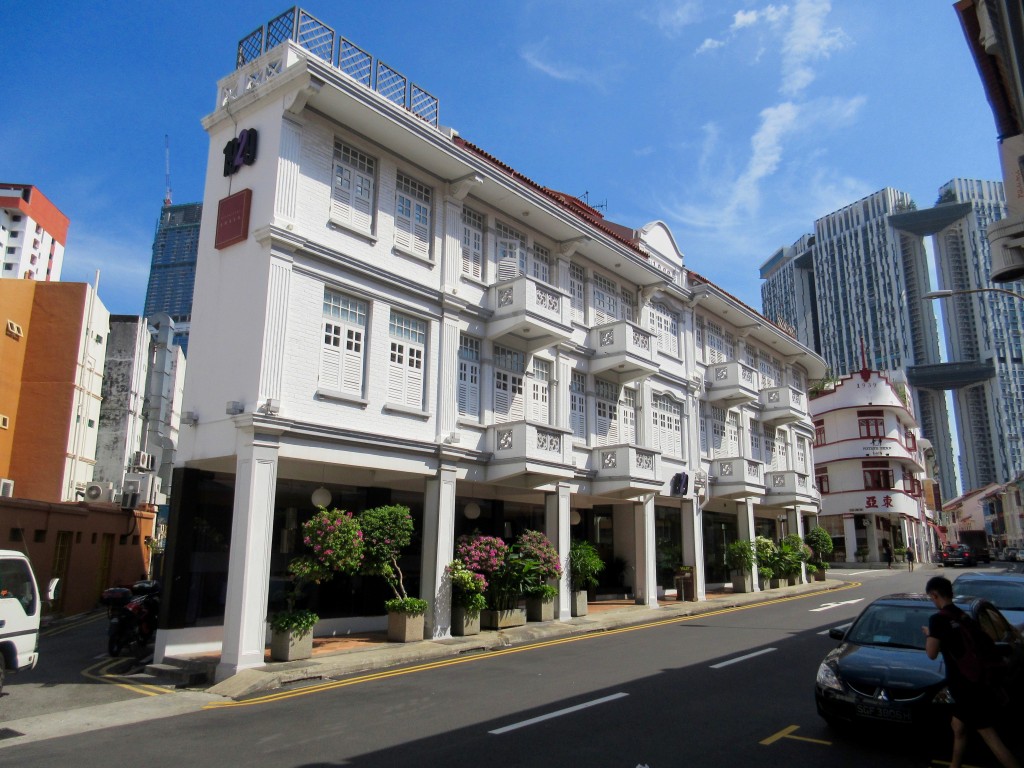 At dinner we sat with two new couples who had just boarded the ship–one from Australia and the other from the Seattle area. The entertainment for the evening was a movie in the main showroom title Rogue Trader with Ewan McGregor. Having had a long day we passed on the movie.