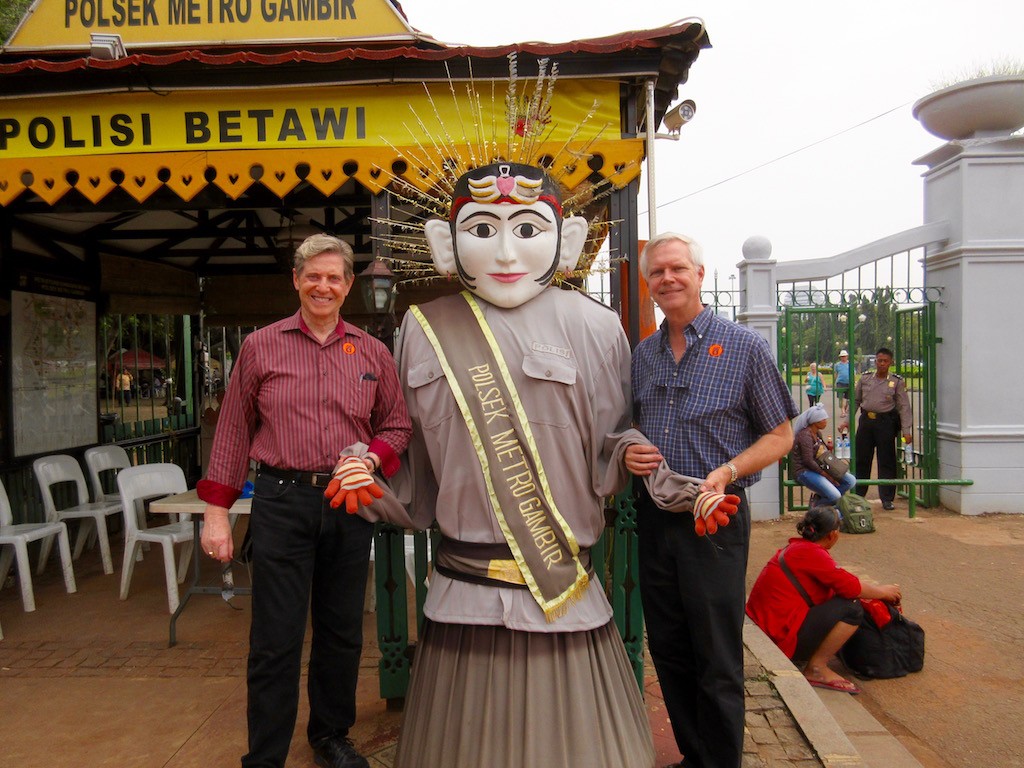 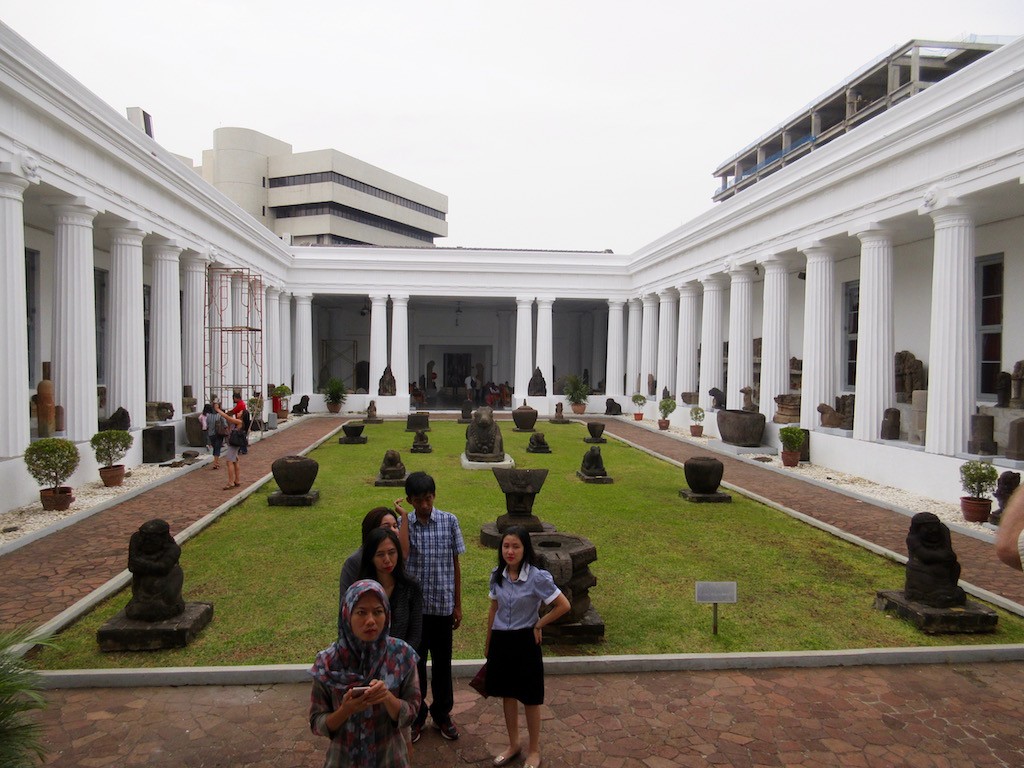 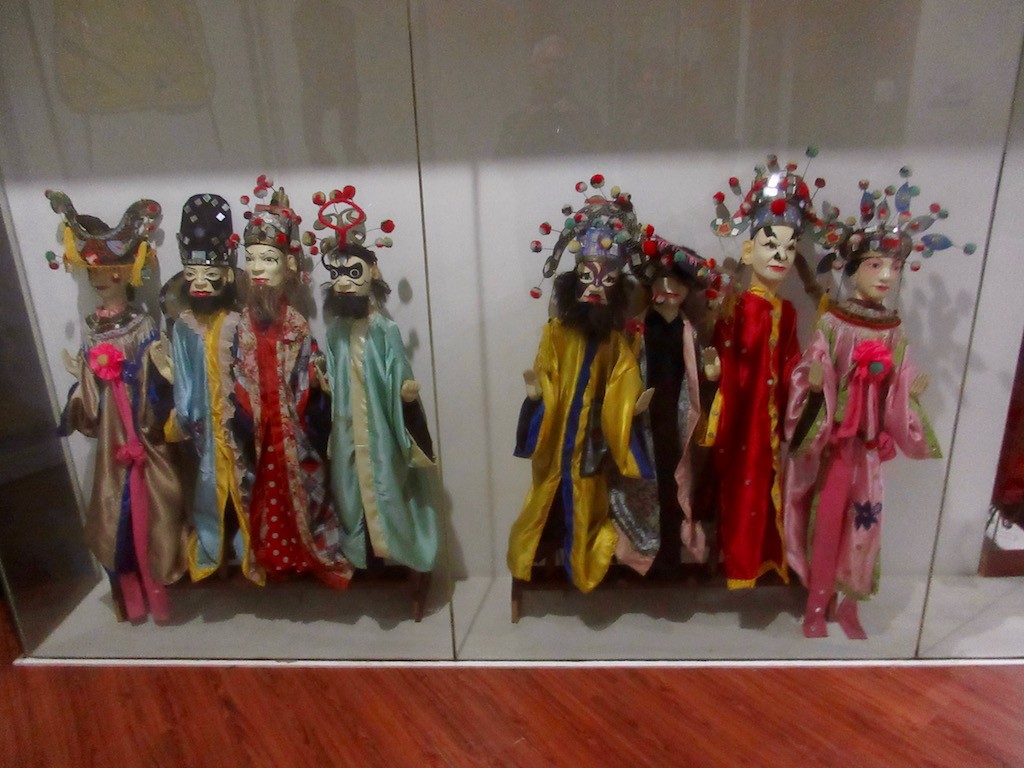 Indonesia is an archipelago with some 17,508 islands located northwest of Australia, south of the Philippines and Malaysia. The archipelago is between the Pacific Ocean and the Indian Ocean. They have 256 million people (87% who are Muslim), who speak 700 different languages and inhabit 6,000 of the islands. They have over 50,000 miles of coastline. Indonesia is the 4th most populous country in the world and is the 3rd most populous democracy in the world. The country has only had its independence since 1949.

Tanjung Priok is a very busy port near the town of Jakarta, handling more than 50% of Indonesia’s shipping traffic. Jakarta has a population of over 11,000,000 people. The minimum wage is only about $280 per month; they pay $2 to $5 per month for healthcare and most practice the Islam religion.

Many of the ship’s crew members are from the island of Java, so about 1,000 family guests were onboard the ship today to visit for a short time with their loved ones. A band, dancing girls and two large puppets greeted us as we disembarked the ship today.

Our tour took us from the port to the center of Jakarta where we visited the Taman Fatahillah Square and the Museum Wayang or puppet museum. The square was the heart of the colonial administration in the 18th century and underwent a restoration in the 1970’s. A fountain in the middle of the square once served as the main water supply for colonial capital of Jakarta. The puppet museum is located in an old church building dating back to 1640 and now houses thousands of puppets from all over Indonesia. The puppets range from very small and simple stick puppets to extremely large three-dimensional puppets made of paper Mache and fabric. Many of the puppets were used to tell stories in puppet shows and depict a wide range of puppets from the exotic to the down-right ugly faced puppet.

Our next stop was the National Monument Monas representing the Indonesian people’s determination to find freedom. This 450 foot tall marble obelisk is topped with a flame coated in 77 pounds of gold. Surrounding the obelisk is a large public park where people often come to protest things they think are unfair or in need of attention. Across the street is the beautifully landscaped home of the president of Indonesia.

We then visited the National History Museum where we saw exhibits in the life and times of Indonesia over the millennia. They have human skulls on display from the Java man, pottery, bronzes, stone statuary, housing models, textiles, furnishings, jewelry and so much more. We did not have time to visit the entire museum but what we did visit was very well presented. The museum has a collection of more than 140,000 objects in their collection so it is someplace to spend more time on any future visits.

We then visited a very large government department store with a basement, ground floor plus five additional floors filled with merchandise. The fourth floor was all batik fabrics and clothing, while the fifth floor was filled with local handicrafts from all over the country.

The city of Jakarta appears to be very poor and mostly unpolished. We saw many slums around town, people urinating in the streets, dirty waterways, rundown buildings in need of repair and trash. On the other hand there was a lot of construction going on, so maybe things are improving.

It was a short day in port as the ship sailed at 4:00pm for Semarang, Indonesia. The night’s entertainment was a comedian by the name of Tom Sutton.