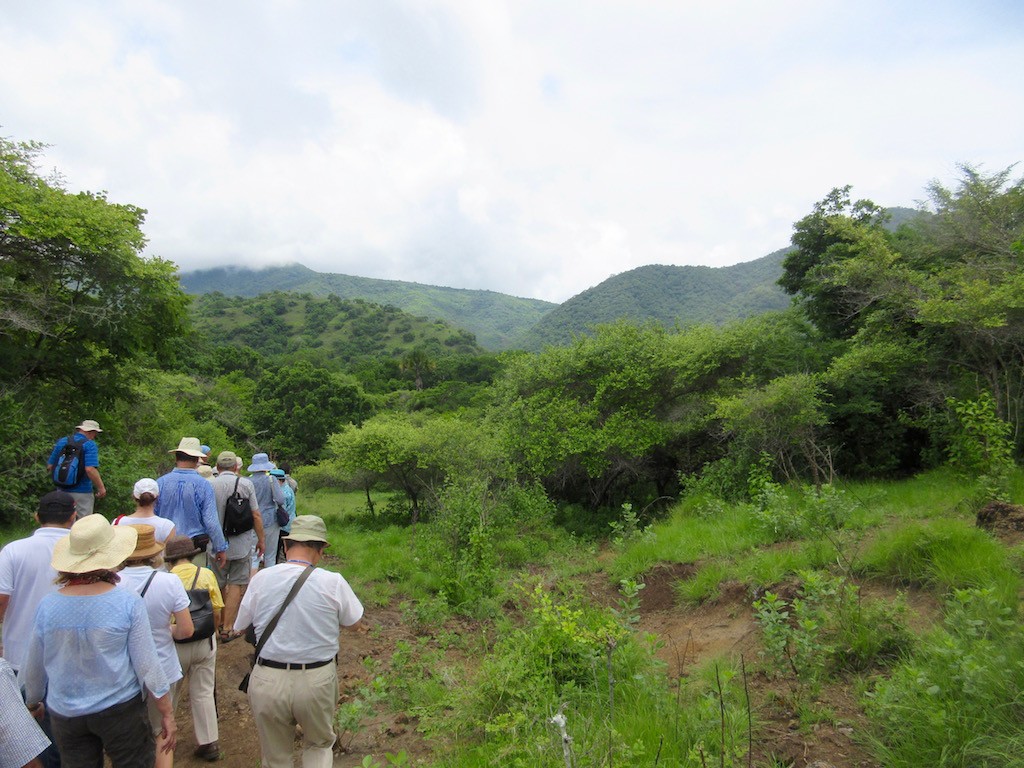 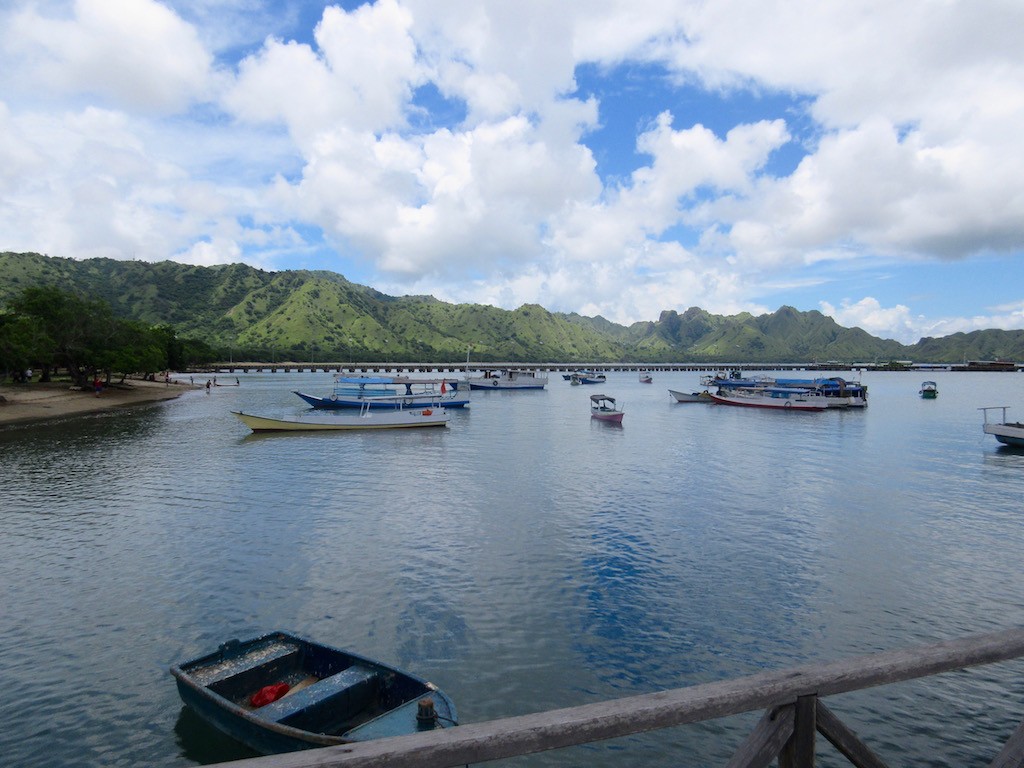 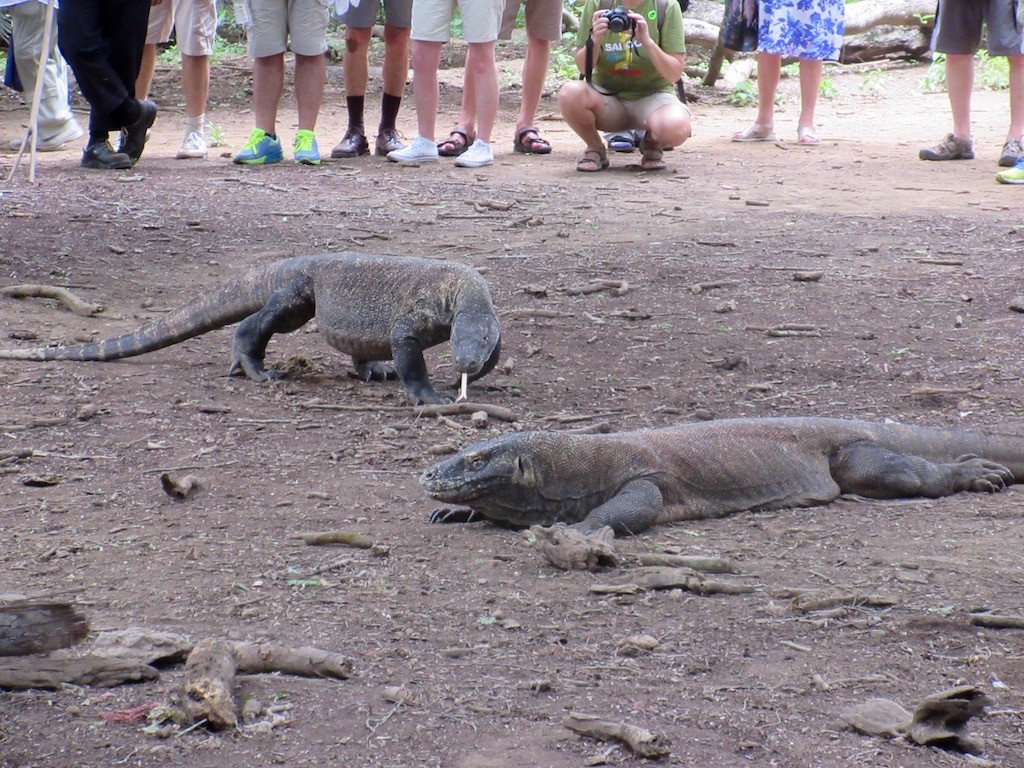 Komodo Island, named after the Komodo dragon, has a population of only 2,000 people and is 60 square miles in size. The Komodo dragon is the largest lizard on earth and can grow to more than ten feet in length and weigh more than 300 pounds. The dragons have long yellow deeply forked tongues and enjoy a diet of deer and wild pigs. From 15 to 30 eggs are laid after a nine-month pregnancy period, although many of the eggs do not survive. Once hatched, they can live in the trees for up to five years before becoming land animals. They can live for more than 30 years.

Our tour this day was titled “Komodo Island Trek” and was about two hours in length. We tendered ashore to meet our guide and naturalist who took us on a nature walk (about 2 hours) to see the Komodo dragons. The island is very diverse in its landscape with mountains as high as 2,000 feet in height, deep arroyos, canyons, savannahs and monsoon rain forests. The area that we trekked through was fairly level and fairly densely forested with palm trees, tamarind trees, cycads, mint and a variety of other vegetation. The paths are well traveled and many have been lined with rocks on the edges and filled with coral bits from the sea to cut down on the muddy trails. We saw some birds, wild deer and butterflies on our walk.

After a mile or so of walking in the heat, humidity and a bit of rain, we finally reached a watering hole where the Komodo dragons are known to hang out. They hang out here because the deer come to this location to drink the water and so it is a place where the dragons feed. We were able to see four male and two female dragons resting under a canopy of trees near the watering hole. We were able to get within fifteen feet of the dragons as the naturalist watched the dragons behavior with a long forked stick. They use the stick on the dragon’s sensitive neck and nose if needed to stop an animal that may be going after a tourist. They are not particularly beautiful animals but we can now say that we have seen them.

Also on Komodo Island you can find an unusual pink sand beach. The beach gets its unusual color from a mixture of both red and white sands that get mixed together. We were not able to see the beach as it was on the other side of the island but it sounds interesting.

The afternoon was quiet back onboard the ship, but we enjoyed the cool air conditioning. We had a beautiful scenic sail away in the crow’s nest bar. We sailed through many small-uninhabited islands that were a beautiful shade of green in the afternoon sunlight. The evening entertainer was a gentleman by the name of Mario D’Andrea who is an Italian from Australia and performs in Las Vegas. He sang a variety of songs, played the electric guitar and was very popular with the guests.