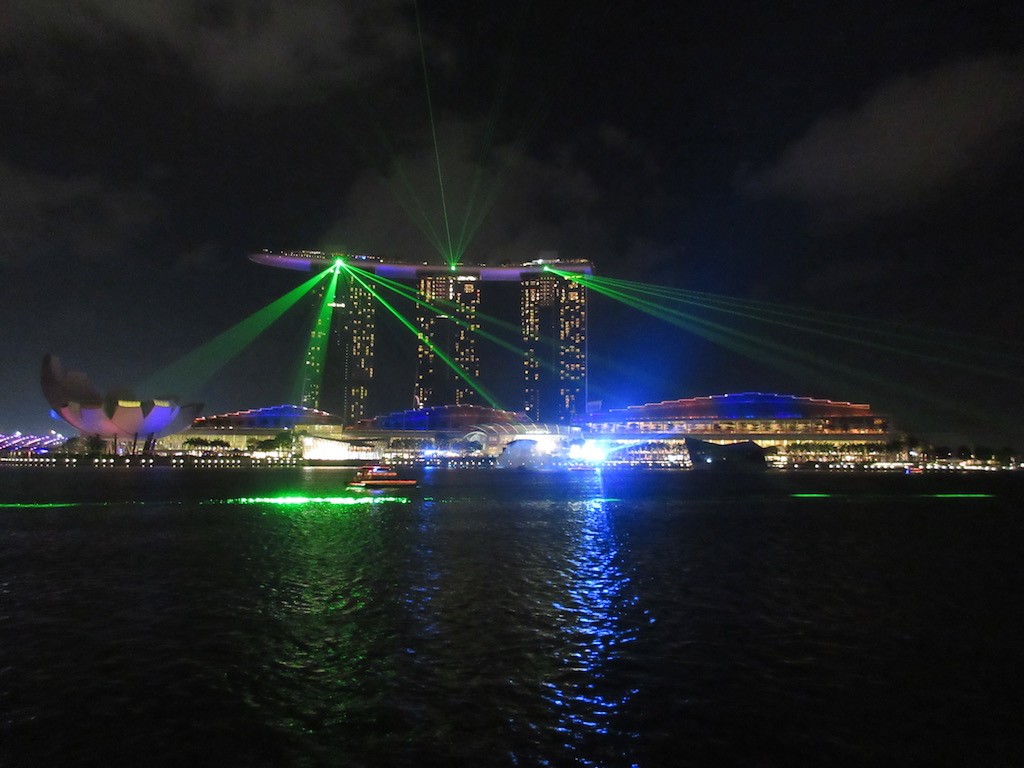 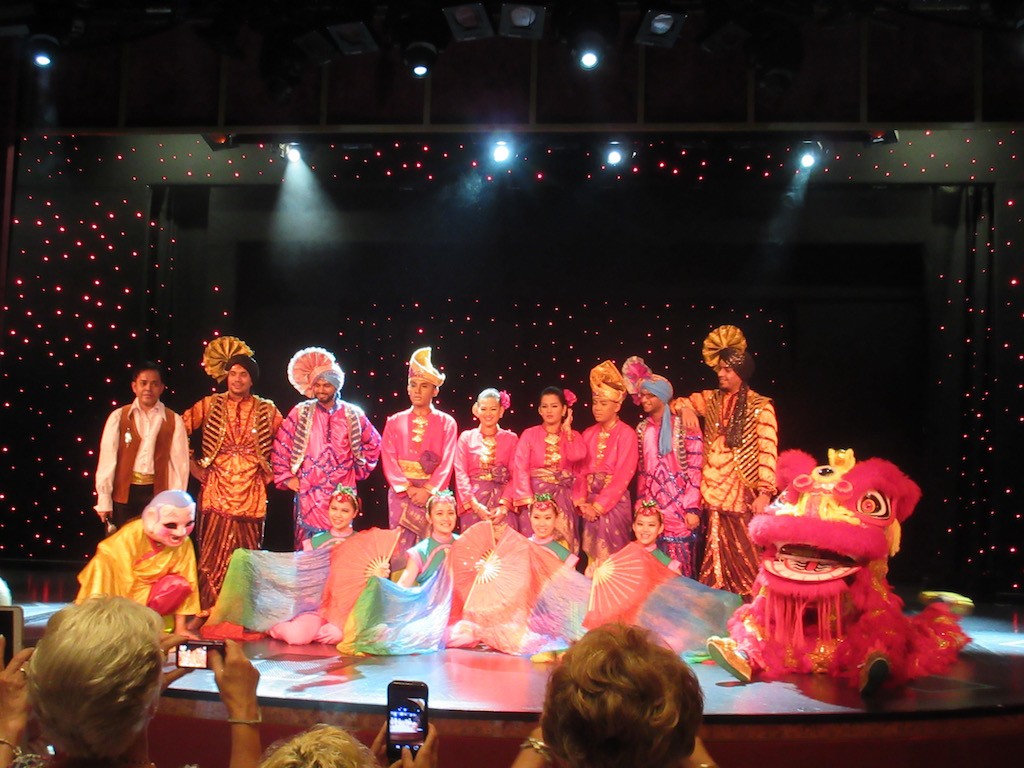 This morning we attended a lecture by Barry Dreyer on the Rise of Nationalism, War with the Dutch and Freedom at last. Here he discusses the overthrow of colonialism and the freedom under Soekarno. In the afternoon Barry and Valerie Mock did a joint lecture on Indonesia: Today and Tomorrow where they discussed how far Indonesia has grown and how they see the future shaping up. In general, they are positive about the future of Indonesia, but like all nations today, the world economy and their relationship with slowing China may cause them trouble.

By 6:00pm we had arrived in Singapore for an overnight stay. We decided that we would take the subway to the Clarke Quay area near the Marina Bay Sands Hotel and convention center. Here we saw the laser light show over the man made lagoon. They project lasers off the tops of several buildings surrounding the lagoon and many of the buildings have lights on them that change colors to the beat of the music. Along the Clarke Quay they have one seafood restaurant after the next with tanks of fresh lobsters, crabs, mussels and fish.

We returned to the ship by 9:30pm to enjoy a local Singapore Music and Dance performance. They had several groups who performed dances from their native lands, including four large Indian men wearing very colorful costumes who did a very acrobatic routine.