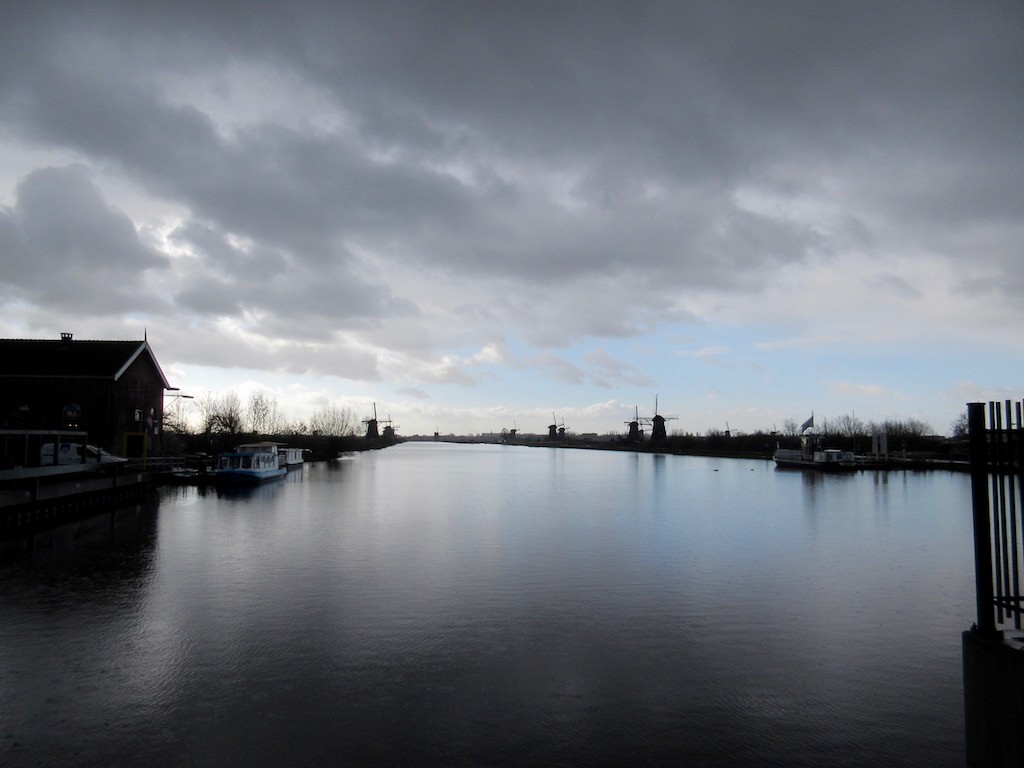 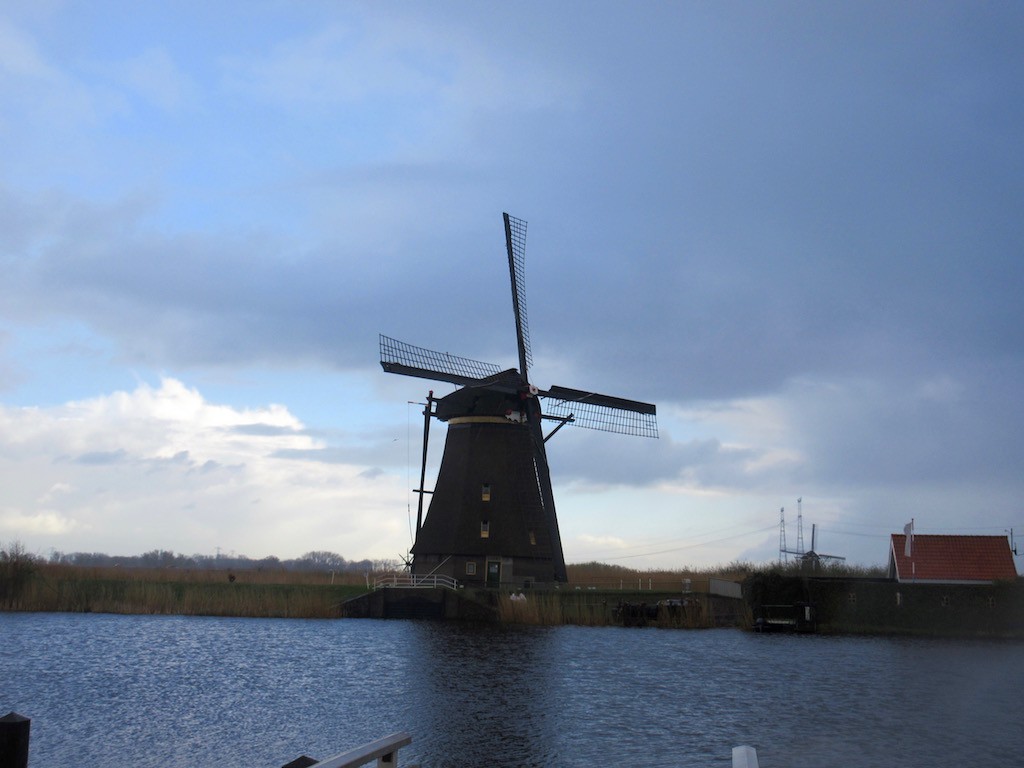 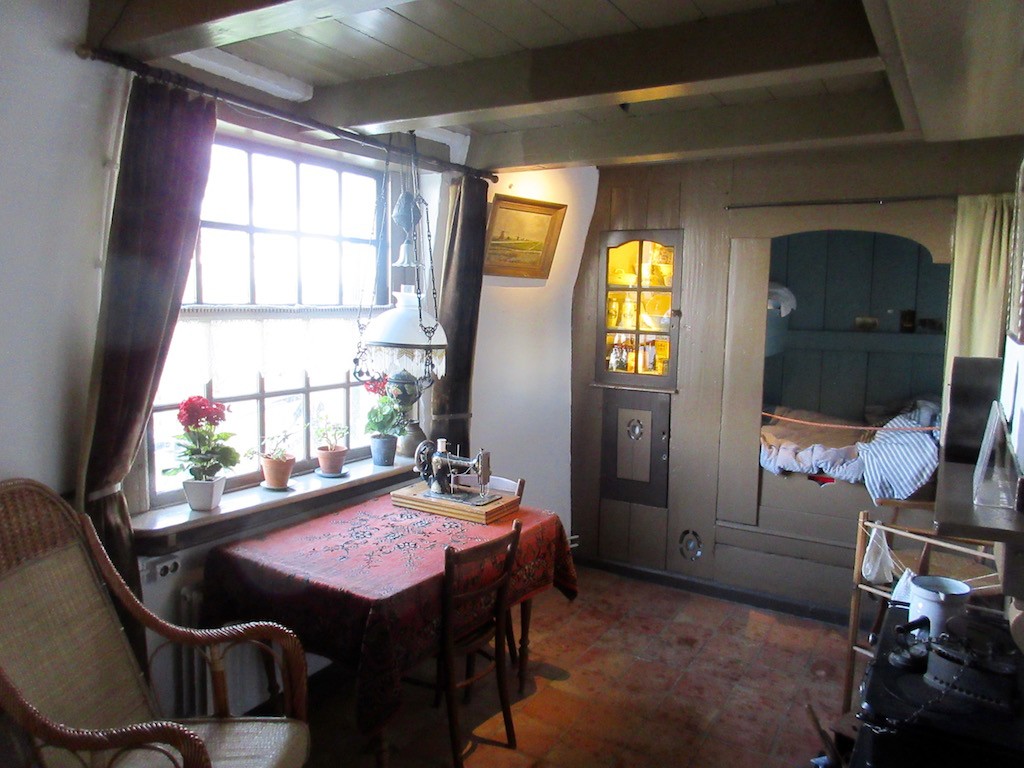 Rotterdam – Inside a Kinderdijk Windmill 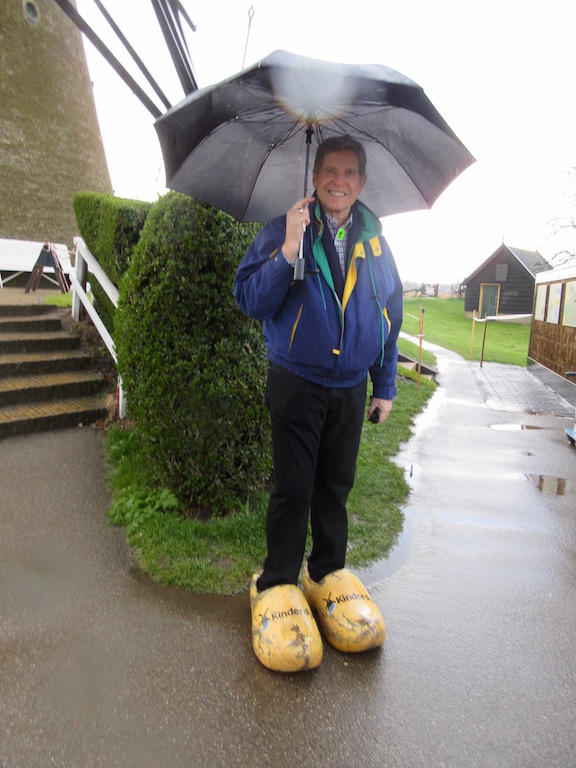 Rotterdam – Kent at the Kinderdijk Windmills

It was a sad day as it was the day that we disembarked the ship after being onboard for 91 days. The weather was typical Dutch weather, cold and rainy and even a bit of hail. We disembarked about 7:45 on our way to the Schiphol Airport for the night before our flight the following morning. On the way to the airport we took a tour titled Windmills of Kinderdijk. These vintage windmills were built in the 1700’s and are now a UNESCO World Heritage Site. The name of this charming village comes from the time of the St Elisabeth flood in 1421, when the villagers found a baby (kind) on the dike (dijk). The 19 windmills that remain intact today are lined up along the riverfront and were used to pump rising water into the canal and keep the village dry. Some of the windmills were also used for grinding grain into flour but this was not the main concern in this low-lying part of the Netherlands. Much of the Netherlands is below sea level so they have always had to deal with water management. We saw a short film before taking a tour inside one of these historic windmills. Families who ran the mills once lived in them so they were outfitted with a living room, kitchen, bedrooms and storage space. The windmill we toured had modern heating but in when they were in operation a fireplace was the only source of heat.

The hotel that we stayed at was called the Citizen M Hotel located at the Schiphol Airport. This is a newer brand of hotels with very small but efficient hotel rooms. The room was approximately seven by sixteen feet in size including the bathroom. The shower and toilet were enclosed within sliding curved glass doors, the shower glass was clear but the toilet glass was frosted. The bed ran from wall to wall under a giant picture window overlooking the airport tarmac. The lobby of the hotel was a large space broken into several smaller living rooms, meeting rooms, a coffee and liquor bar and a canteen where you could get food.

We had a nice lunch in the canteen. They use the services of an outside caterer who brought in two soups, some sandwiches, several salads, and fresh bread rolls for this day’s lunch. In addition to this they offered a wide variety of drinks, yoghurt, snack food, nuts. Everything was very nicely presented and the lunch was very good.

The check-in personnel are called ambassadors who assist you with the computer terminals where you can check yourself in 24 hours a day. It is a very interesting concept that will be interesting to see if it spreads.