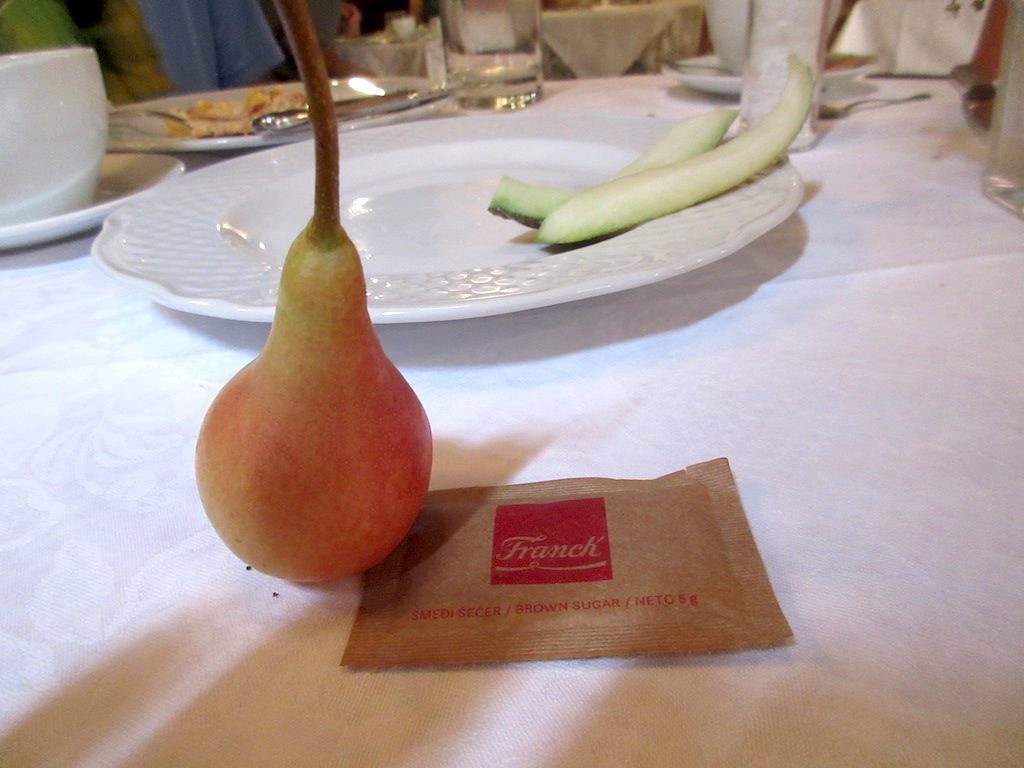 Mini Pear served at breakfast next to a sugar packet 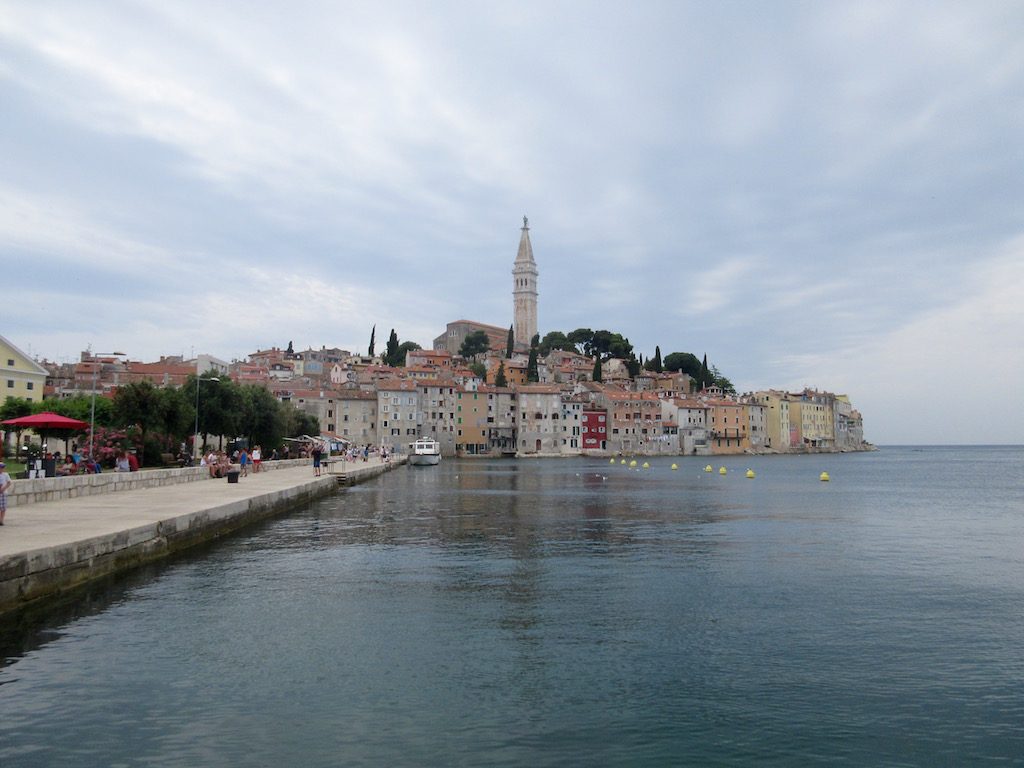 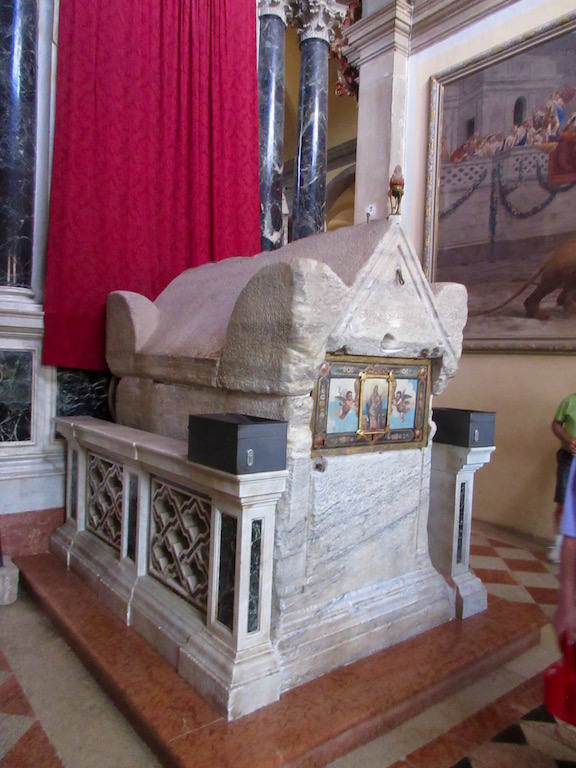 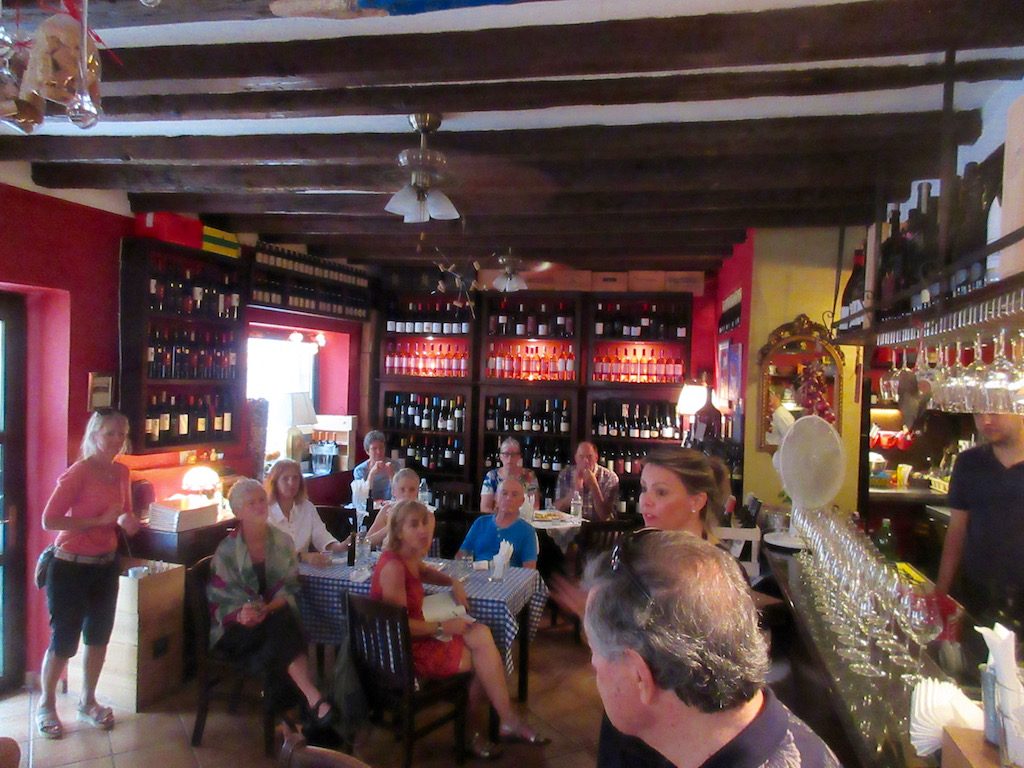 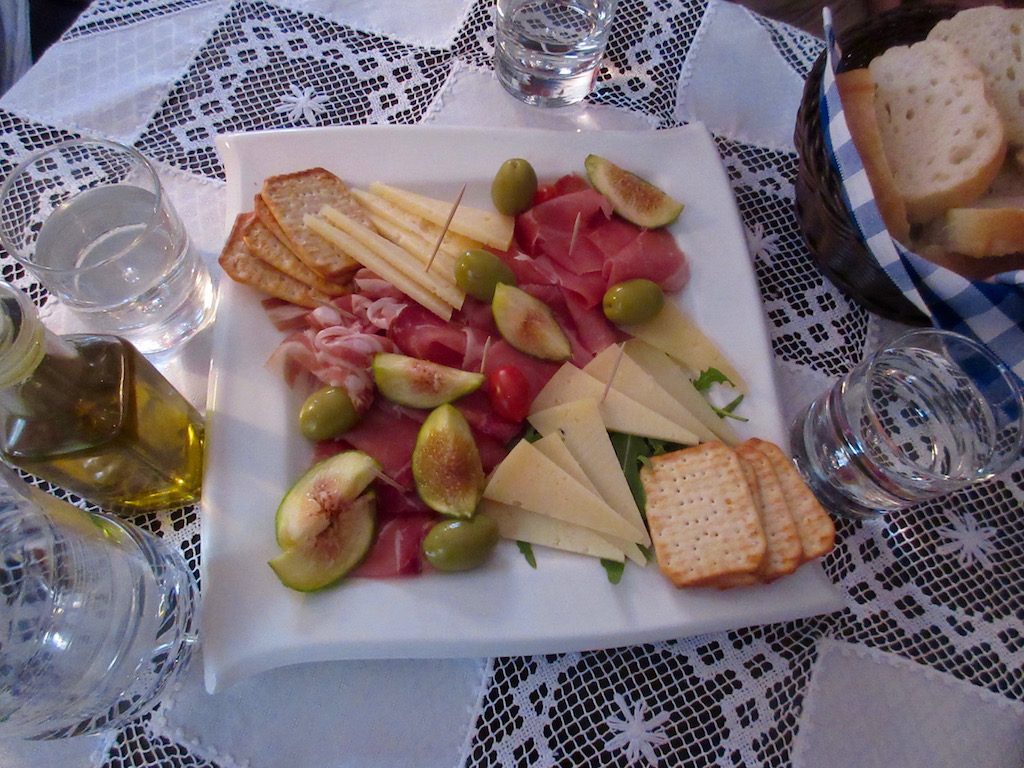 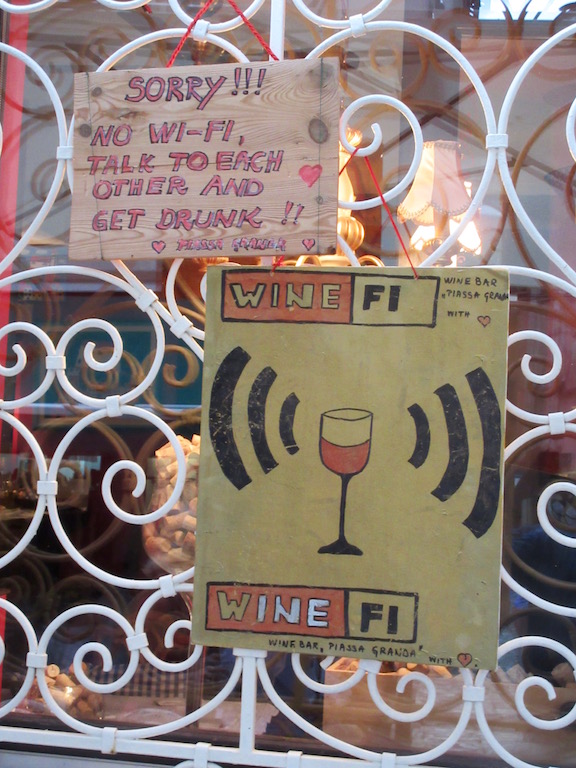 This morning breakfast was served in our hotel from 8:00 until 10:00am. At 11:00am Erla lectured for a couple of hours about the items that were exported from Croatia to Venice. There were many other ports around the country of Italy but the port of Venice was the farthest north and the most convenient to transport goods further north into the Alps and Europe. Erla discussed items like wool, stone and salt.

In the early afternoon a local guide by the name of Tamara took us on a two-and-a-half-hour tour of the old town of Rovinj. She showed us where the old city walls were when Rovinj was just an island and where the original canal and draw bridge were that were used to access the island. She took us to the top of the hill where the church of St. Euphemia is located.

It is believed that in the time of the Tsar of Diokletian many Christians were captured, persecuted and killed. Among them was a young 15-year-old girl by the name of Euphenia from Chalcedon in Asia Minor (Turkey). Euphemia was arrested by Diocletian soldiers and thrown into an arena with lions because she would not give up her Christian beliefs. They believe that she died in the year 304 and that her body was placed in a church in Constantinople, built in her honor. By the year 800 the Iconclasts came to power and the Christians were forced to remove the relics of St. Euphemia.

What happened next is difficult to say but legend has it that a marble sarcophagus came floating to the coast of Rovinj in a large storm of July 13, 800. Many people tried to haul the sarcophagus to St. Georges church on the hill but were unsuccessful. Finally, a small boy with two small cows managed to haul the sarcophagus up the hill and it was considered a miracle. The city proclaimed St. Euphemia the patron-saint of Rovinj. Every year on September 16th St. Euphemia Day is celebrated with a grandiose celebration in the main square of town. The locals eat mutton with sauerkraut and a fritule dessert, something like a deep fried doughnut hole.

At 6:00pm we had a wine tasting class at a local restaurant. They served three varieties of local white wines. Two of the three are wines that should be drunk within the first year of being bottled. They were very light and refreshing. The third wine they served is called an orange wine because of it amber or orange like color. The grapes skins are macerated causing the wine to be tinted. It was a bit heavier and full bodied wine and people had very distinct opinions about whether they liked it or not. Along with the wine they served trays of cheese and crackers, fresh white figs, prosciutto and olives.

We had a late lunch around 4:00pm in a local pizza restaurant so we were not particularly hungry after the wine tasting but we did have room for a little gelato.

The weather on this day was very windy and the evening was filled with showers on and off as well as lightning and thunder.