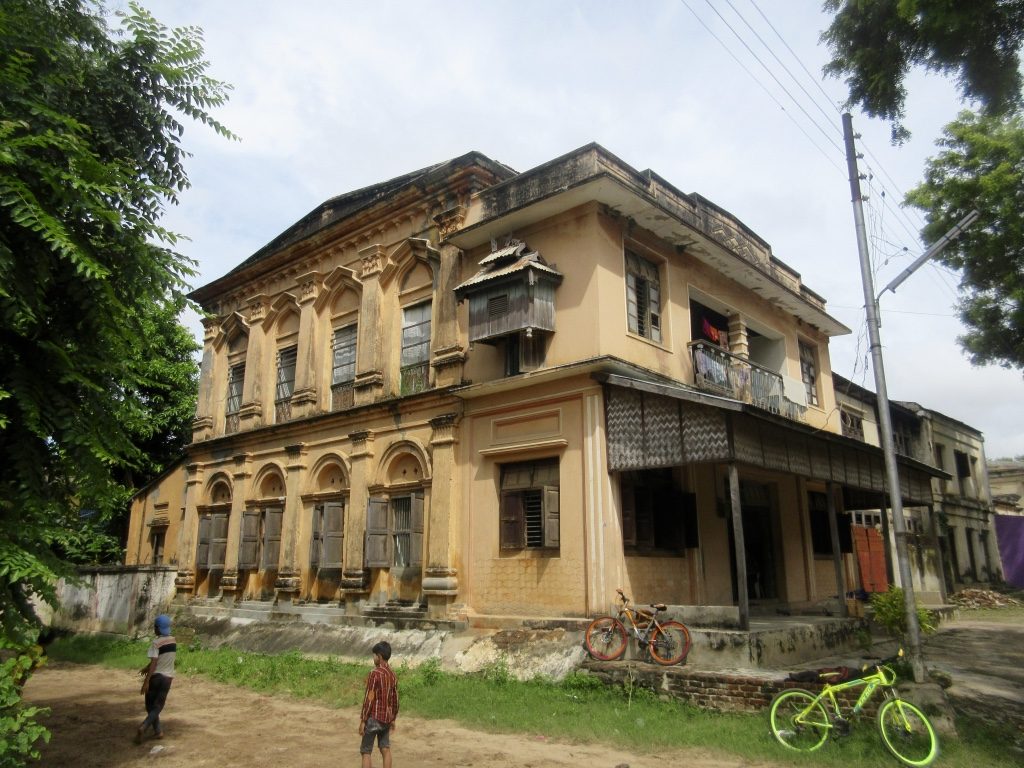 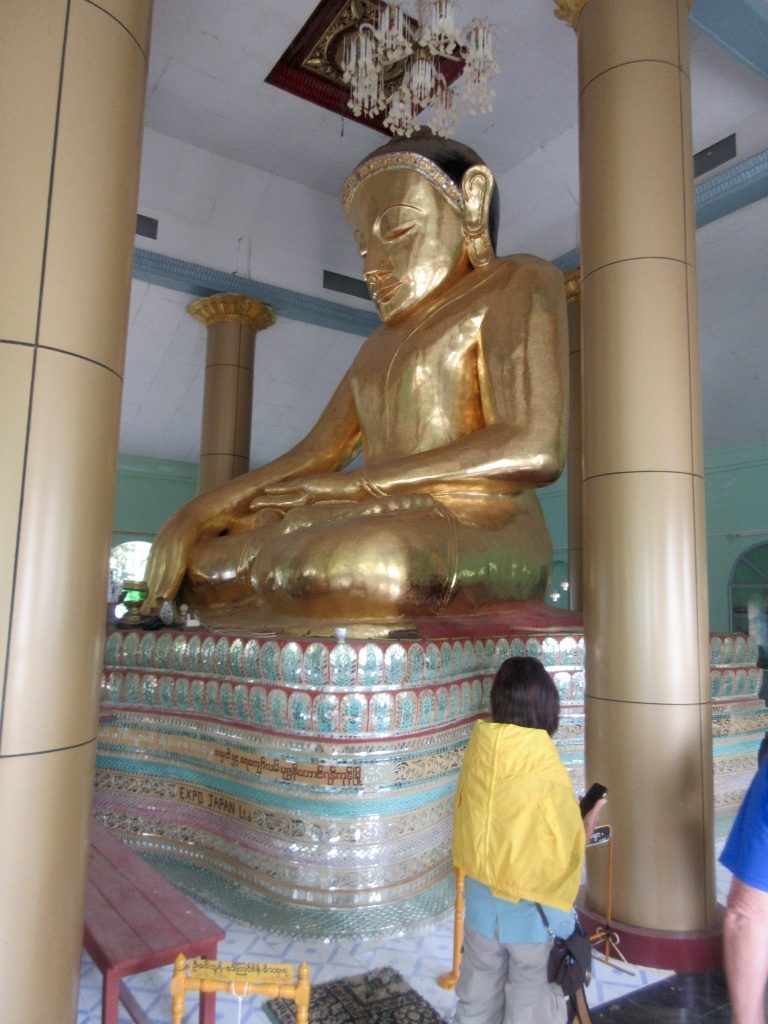 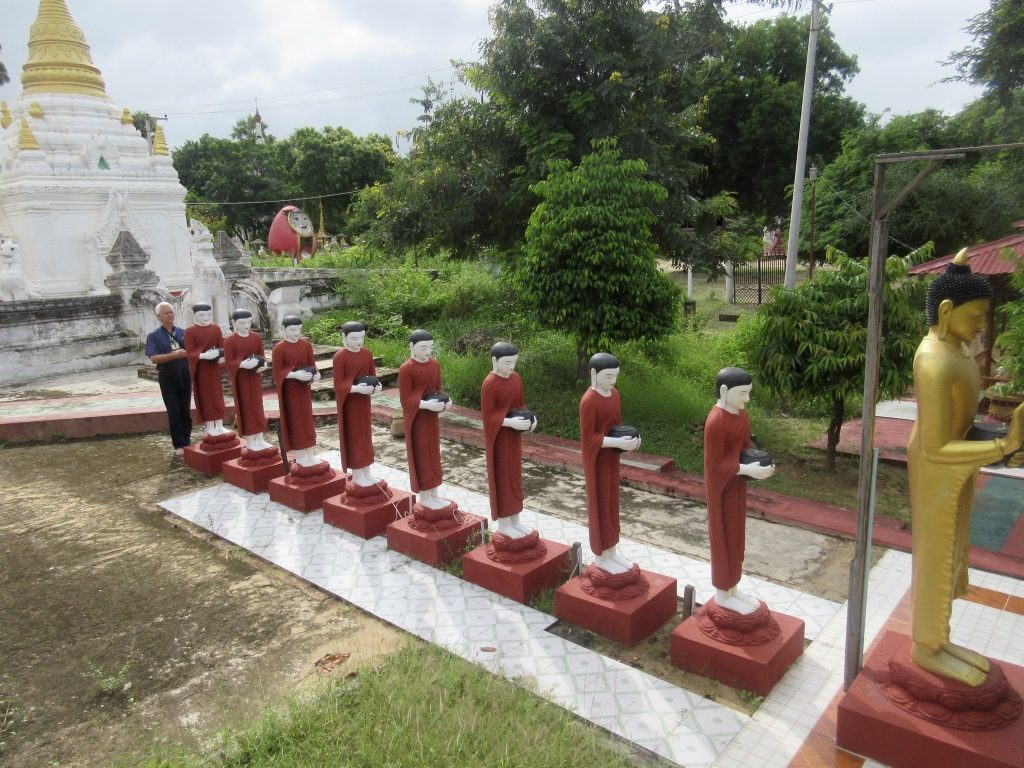 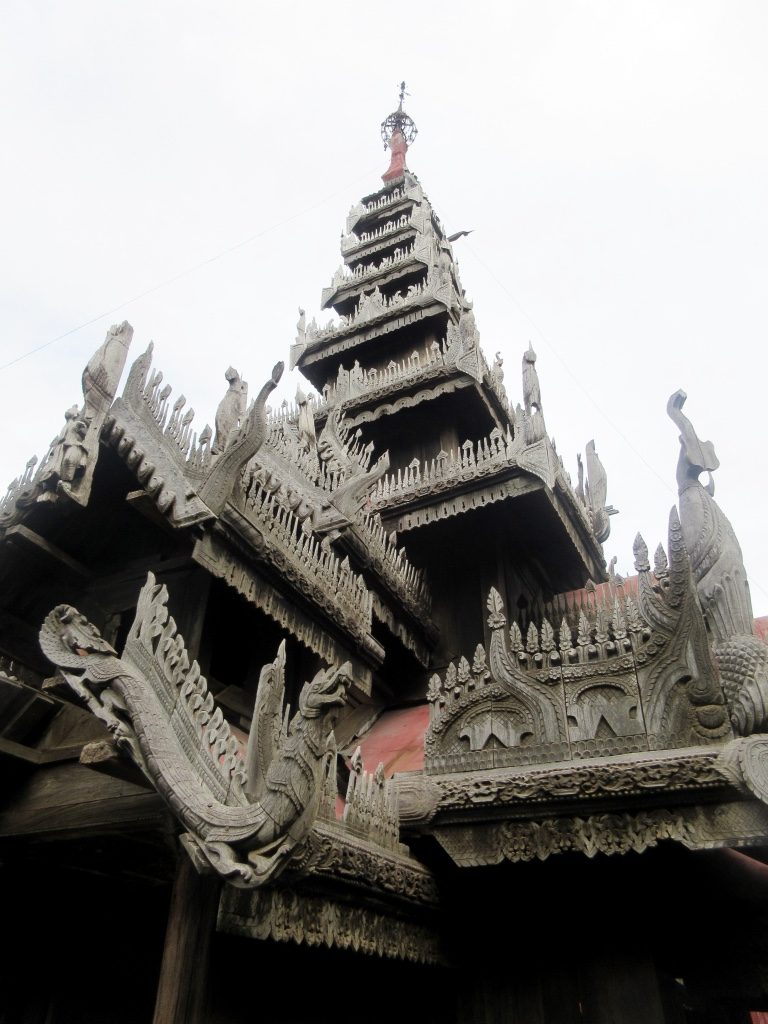 In the small village of Salay we witnessed the British influence here as we explored an area of charming colonial style houses, remnants of the Burma Oil Company, which housed rig workers in the area starting in 1886. Men worked in Chauk about 9 miles upstream, but they settled in Salay. Today the village has a population of about 6,000 inhabitants.

We also visited the Mann Paya Buddha. Legend has it that local villagers spotted the hollow wooden statue floating downriver after heavy flooding in 1888. They rescued the 20-foot-tall statue from the waters, dragging it ashore and coated it with gold lacquer. No one knows who carved the statue but it is believed to date back to the 1300’s.

In the small village there is also an incredibly ornately carved monastery called Yoke Soun Kyaung Taw Gyi where monks were housed for a century before the structure was turned into a museum in 1996. The structure is raised off the ground about ten feet by 150 posts more than three feet in diameter each. At the entrance stairwell there are Magans, half-crocodile and half-lion mythological creatures to symbolize the connection between heaven and earth. The exterior of the building features ornate wood carvings depicting mythical stories. Inside there is an interesting collection of Buddha’s, old furnishings from British times, a carriage and vintage coins.

Back onboard we enjoyed a demonstration about how to wear the longyi and a lecture titled: Myanmar Then and Today. The lecture covered the period of time from pre World War I to the present day. They have had a difficult time trying to become a democratic society when individuals of the military are pushing the country to be controlled by the military. Today the country is growing and beginning to prosper but they are dealing with Muslim terrorists in the western part of the country that are from Bangladesh but as always it is difficult to find the truth.

It was our fourth wedding anniversary and the cruise director left some fresh flowers and a small carved wooden Buddha in our cabin as a gift. After dinner the entire crew brought a cake to our dining table and sang a happy anniversary song to us. Very nice celebration.