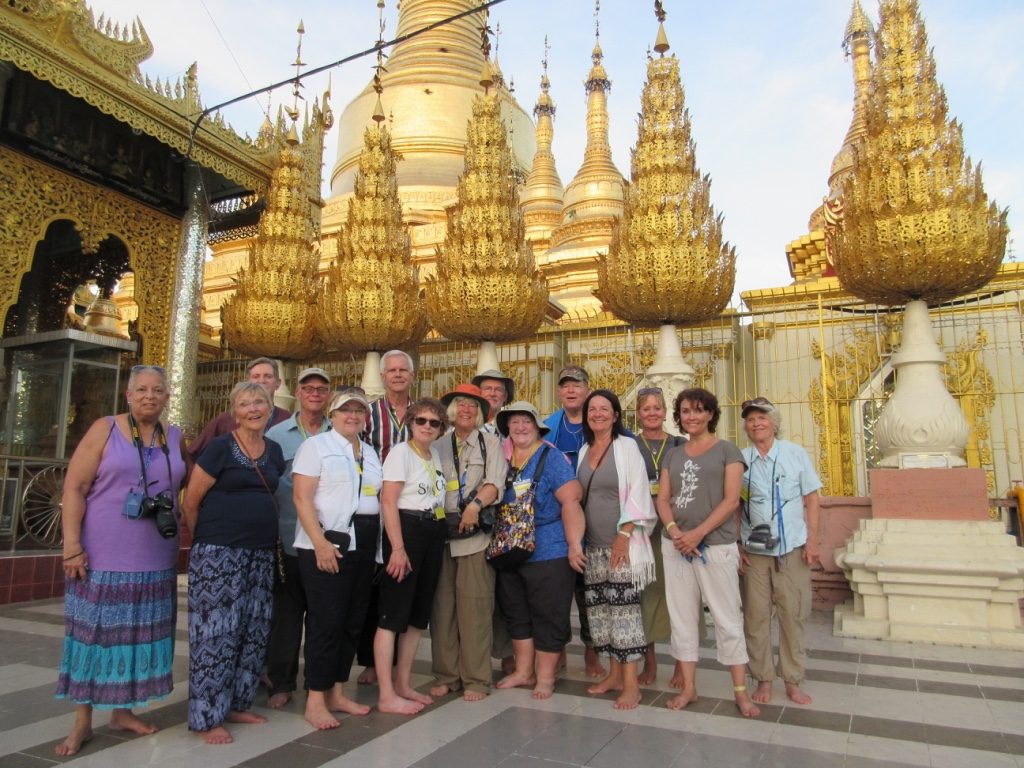 Our Tour Group at the Pagoda 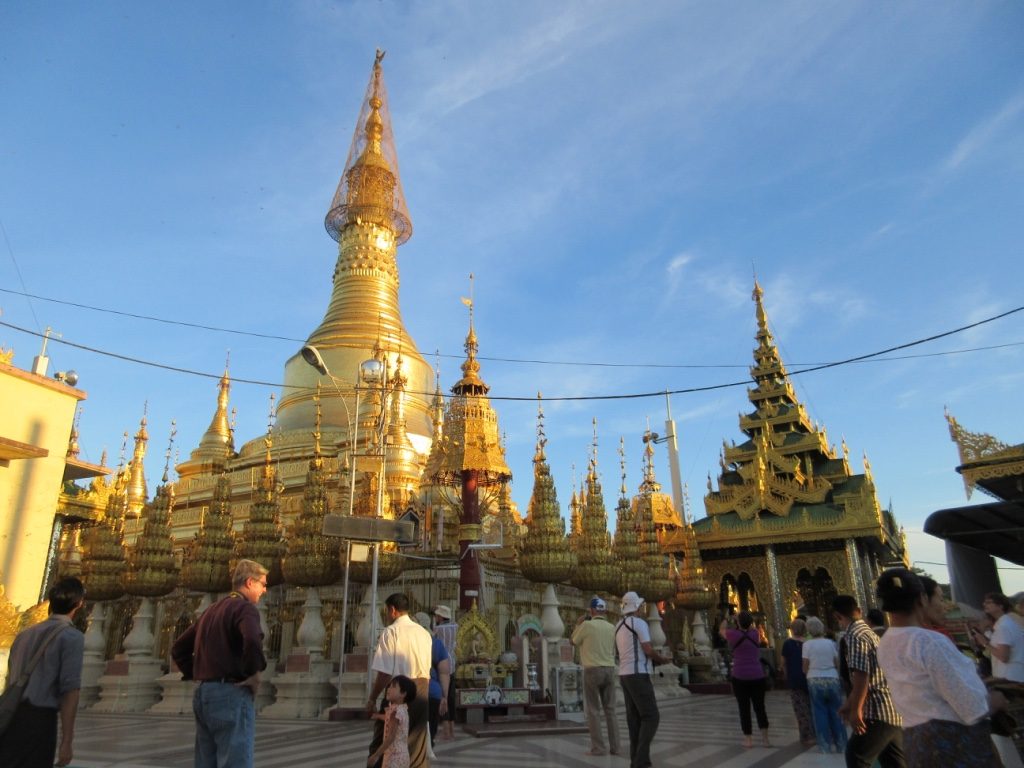 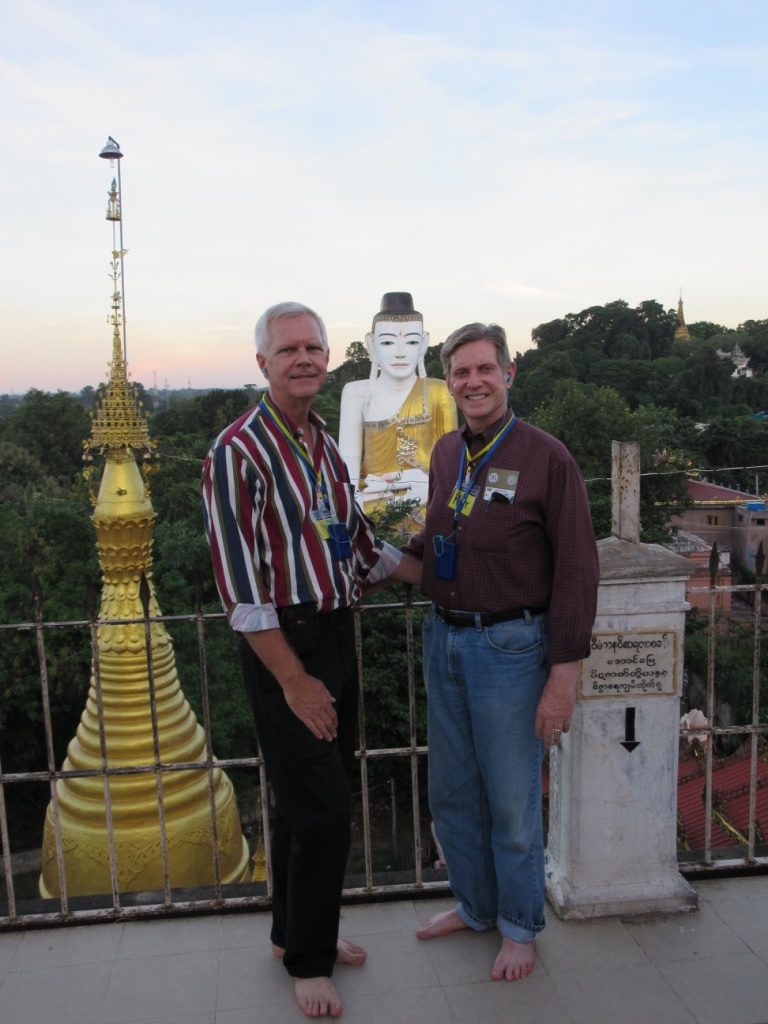 Mark and Kent with the Standing Buddha 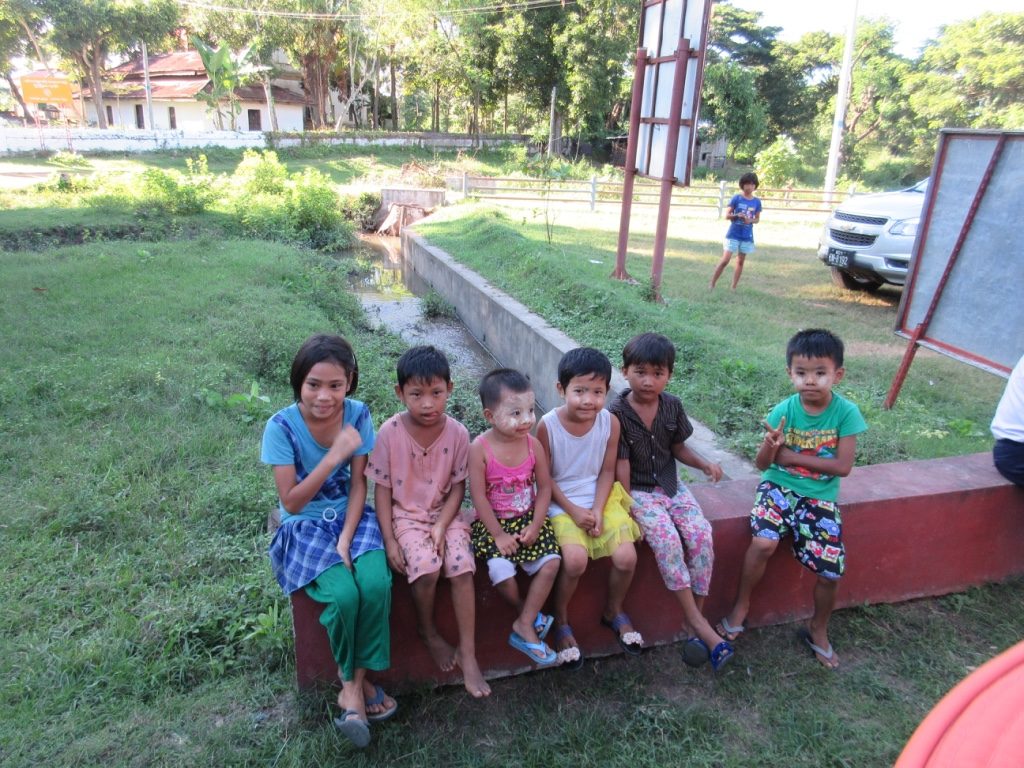 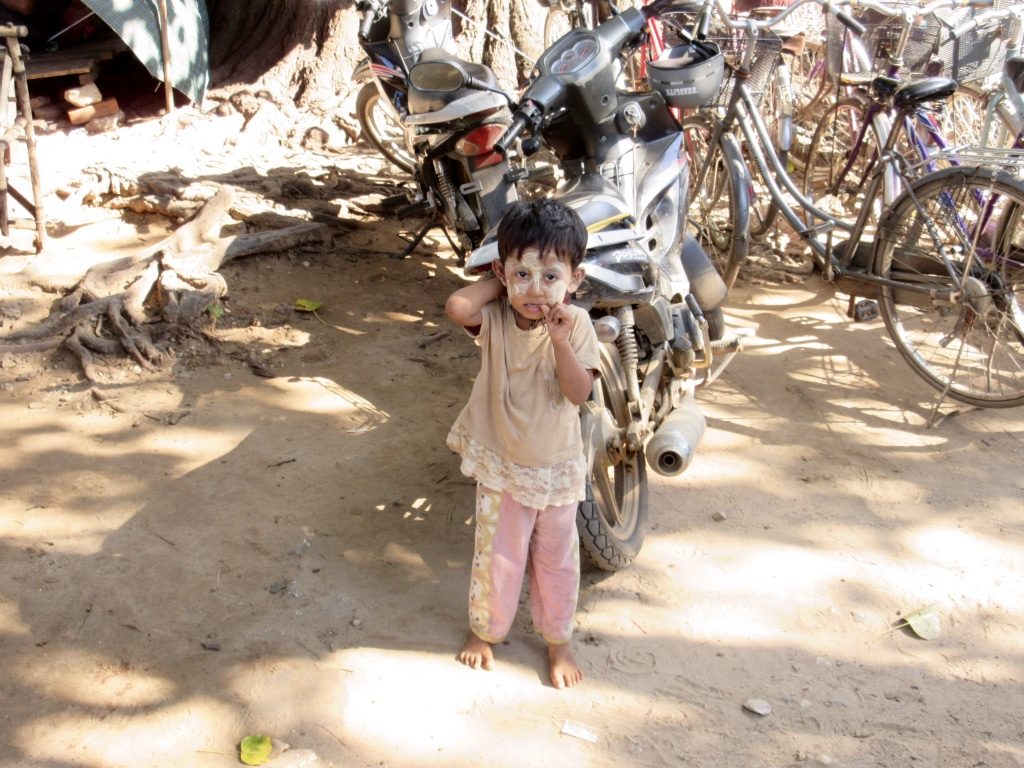 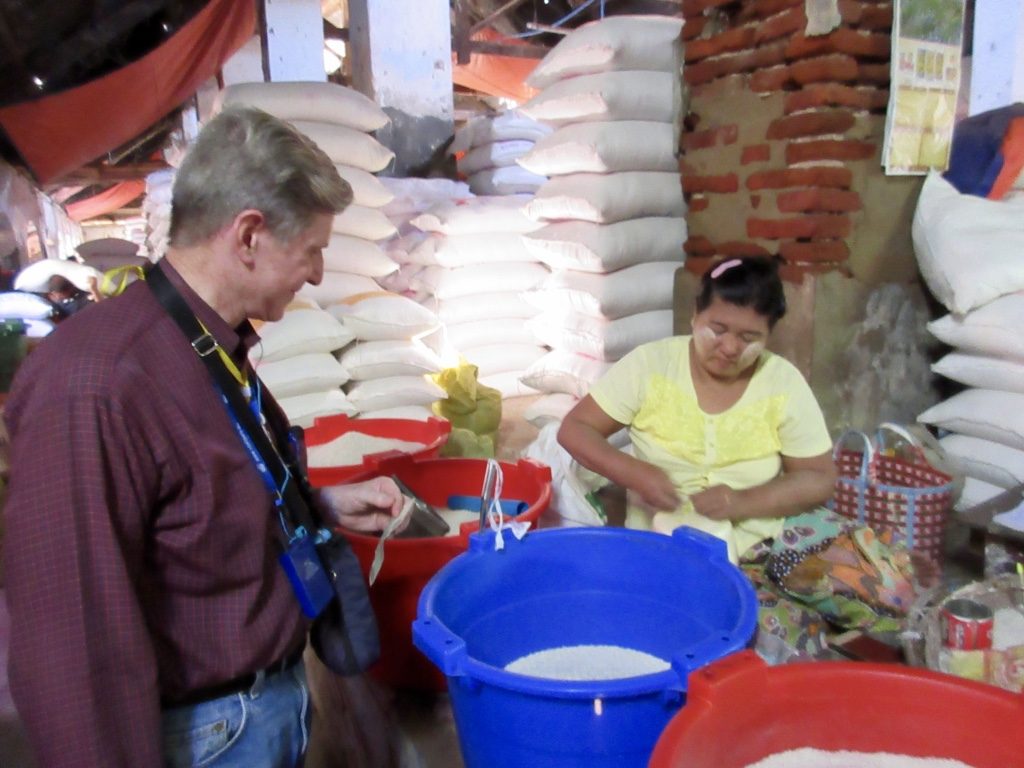 On this day we explored the colonial town of Thayet Myo, which once guarded the border between Royal Myanmar and British Myanmar. The population here is about 100,000 people. The town had many colonial style homes, some in good condition, while others in very poor condition are standing along side traditional bamboo-sided Burmese homes.

We took motorcycle carts to the market this morning to do some shopping directed by our guides. The guides gave each couple a sheet of paper with the name of a food item written on it in English along with a 1,000 kyat note (about .80 US). We were instructed to go shopping in the market to find and bargain for the item on our sheet of paper and to not spend more than 1,000 Kyats. Our sheet of paper had the name of San on it, which we found out was the name for rice. For 1,000 kyats we were able to buy about three pounds of white rice. Others purchased vegetables, chick peas, gourds, chili, etc.

The local people we have seen so far have been delightful. They quickly wave back to us and respond with the “Mingalaba” or hello greeting when we greet them. They break into a big smile when we greet them and seem friendly. Very few are able to respond in English and we don’t speak much Burmese. However, we have felt very welcome here. Most of the women and some men wear the yellow paste on their cheeks (in a round circle) to protect them from the sun. There are many young sales people, (mostly girls) selling local products. “Maybe later, think about it, very good price, etc.,” are all phases we are used to hearing.

We then visited the countries oldest golf course founded in 1887 by the British. The nine-hole golf course was nothing spectacular by our standards but it is interesting that it still exists after all these years. While we were at the golf course we presented the items we had purchased at the market to our motorcycle cart drivers. Each cart carried four guests so each driver was given several grocery items.

After traveling about 40 miles down the river we arrived in the town of Pyay or Prome once controlled by the Mon tribe during the Bagan Era before being conquered by the Burmese King Alaungpaya in 1754. Prome or Pyay is a town of about 85,000 inhabitants today. It has a history that goes back to the 3rd century when the capital of the Tibeto-Burman groups here was called Sri Ksetra or City of Splendor. Today they grow rice, cotton, tobacco and the famous custard apples. These apples are often heart shaped, lopsided or irregular in shape with a yellow or brownish color to them. Beneath the skin is a granular custard like flesh surrounding the segments and 75 or more black glossy seeds. The flavor is sweet but not particularly anything like we think of an apple. Silk weaving, manufacturing of ornamental boxes and coarse brown sugar is also produced here.

Here we visited the archeological site of Thayekhittaya, the former center of the Pyu civilization from the 5th to the 9th century. This site has been a UNESCO World Heritage Site since 2014 to protect the remains of the royal palace, pagodas and royal cemetery. We visited the Ksetra Museum where we saw maps of the area and many artifacts including Hindu deities, Pyu beads, silver coins and Buddha images in stone from as far back as the 6th century. Not much remains of the site today, but they hope to continue to excavate some areas of the site where they hope to find additional artifacts and information of this area.

We then visited the Shwesandaw Pagoda complex, believed to be one of the oldest and most important Buddhist pilgrimage sites in Myanmar. The pagoda is surrounded by 83 smaller gilded temples and is believed to have been built by the Pyu queen of the founder of Pyay. This pagoda is quite spectacular as it is gilded in gold and there is a very large standing Buddha.

Dinner onboard the ship was to commemorate the end of our Irrawaddy cruise.