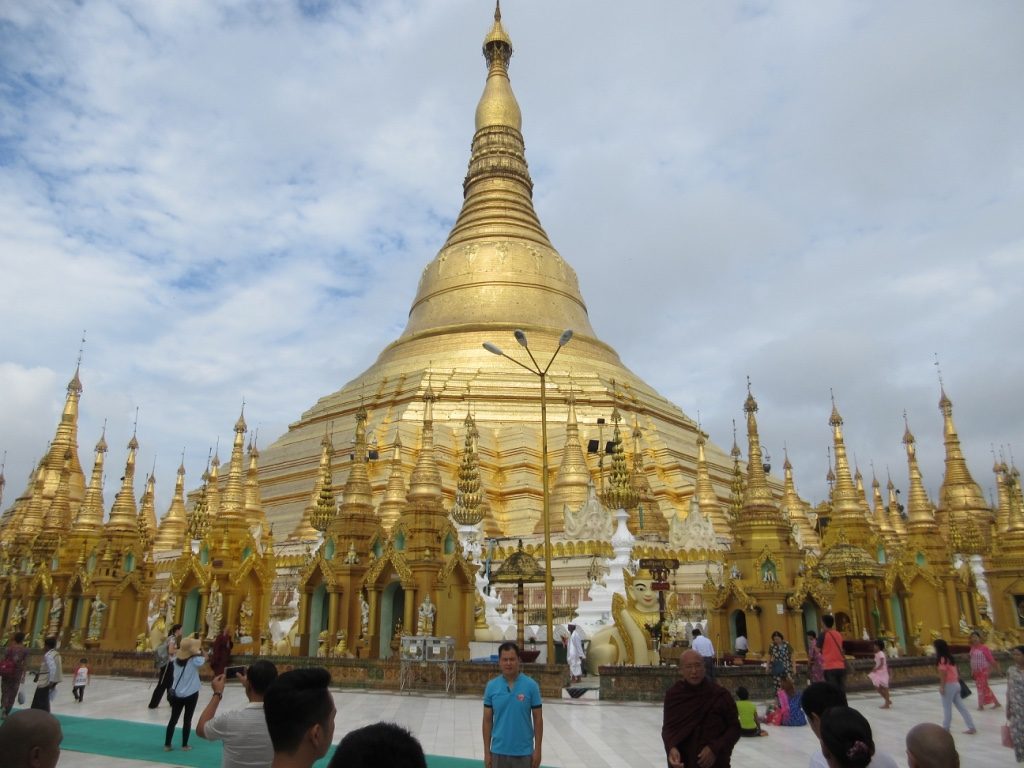 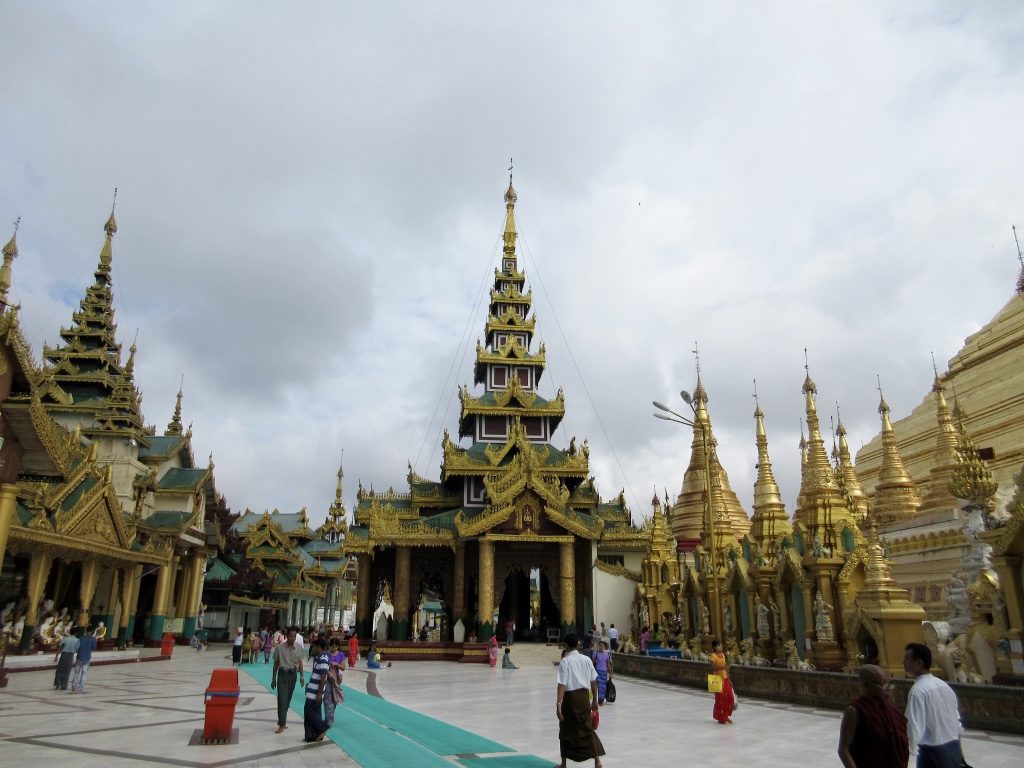 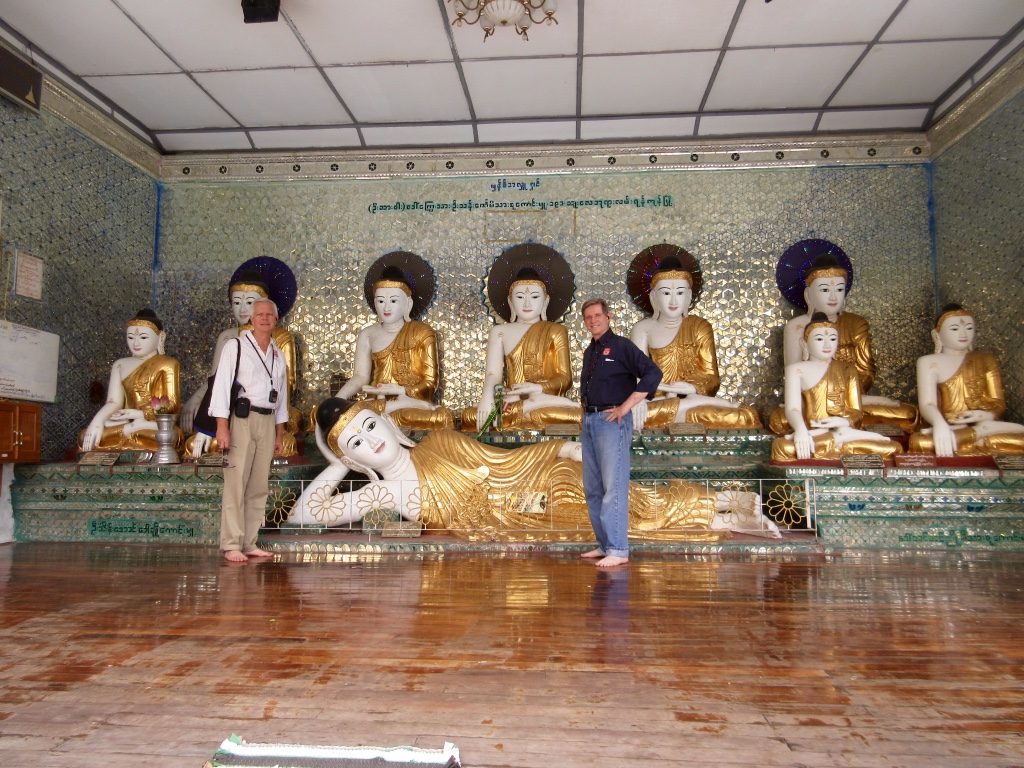 Kent and Mark at one of the Temples at Shwedagon 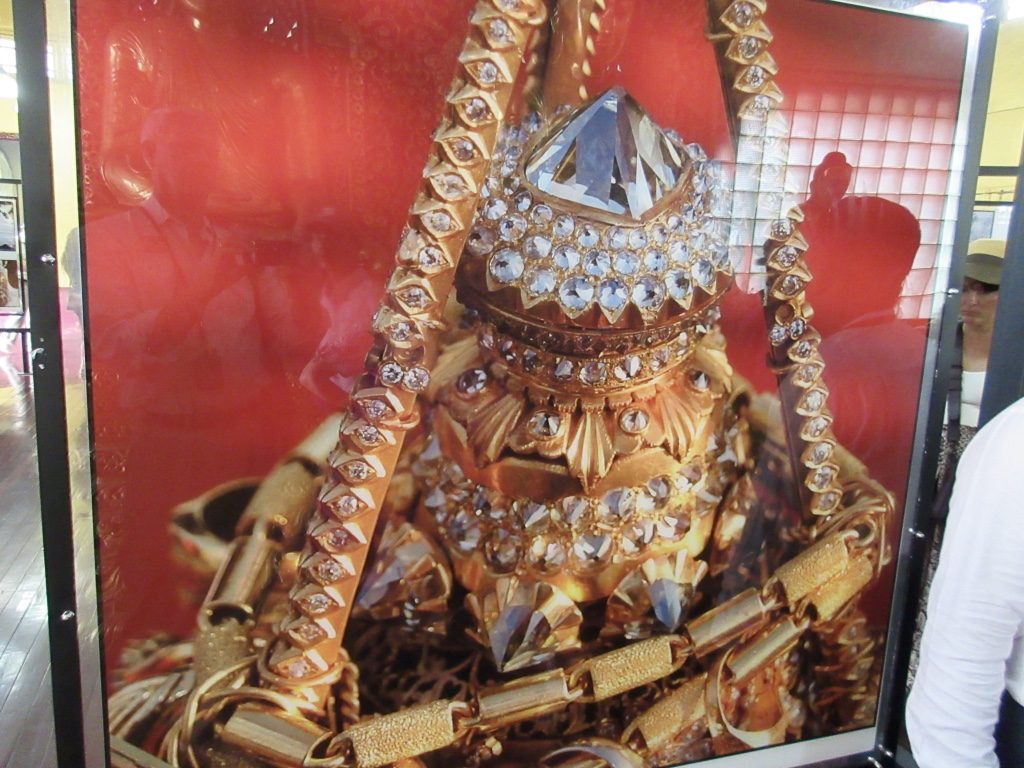 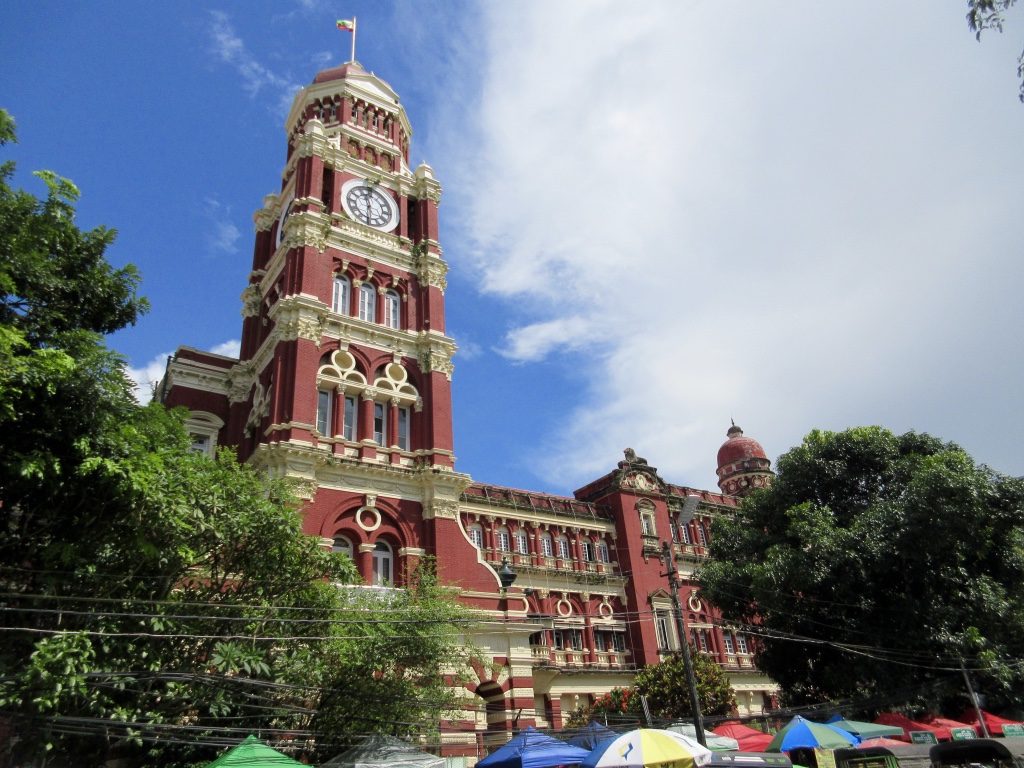 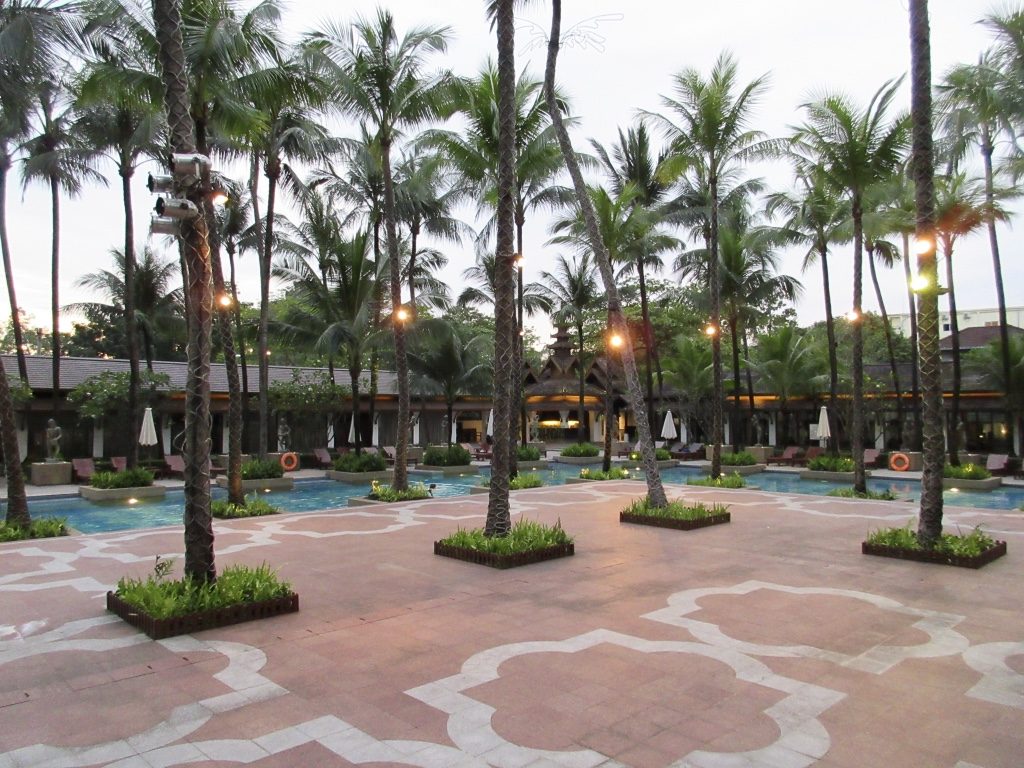 Swimming Pool at the Chatrium Hotel in Yangon

Yangon was the capital city of Myanmar until 2006 when it was moved to a newly built city called Naypyidaw in central Myanmar. Yangon is the largest city in Myanmar with about seven million residents. It has the largest number of colonial era buildings in southeast Asia and the colonial-era urban core is mostly intact. The commercial core of the city is believed to date back some 2,000 years.

Our first stop was at the Shwedagon Pagoda or Golden Pagoda. It is considered one of the wonders of the religious world. This spectacle is believed to be the earliest pagoda of the Gautama Buddha Era, built by King Okkalapa more than 2,500 years ago. Located on the top of Singuttara Hill, and visible from all over town, the gleaming golden stupa soars 326 feet tall. It is topped with more than 6,500 diamonds, rubies and other precious stones. In the tradition of the Buddhist faith, we walked clockwise around the stupa to admire not only the beauty of the golden stupa but the many shrines around it. At the base of the stupa there are hundreds of smaller shrines, some for each day of the week, where you can pray, light a candle, place some flowers, or pour water over the shrines. Some of the shrines are small, while others are large enough to walk into and nearly all of them have Buddha statues standing, sitting or reclining. We had visited this site in 2016.

Next we visited the National Museum of Yangon, established in 1952. The current museum was opened in 1996 in an imposing five-story building with about 200,000 sq. ft. of display space. We saw all types of displays from Natural History and Prehistoric items to arts and crafts, performing arts items, jewelry, Buddhist art gallery and fine arts. It is a remarkable museum with a wide ranging collection from all over the country and we could have used more time than an hour to view the entire collection.

Next we stopped for a traditional Burmese lunch at a local restaurant called Padonmar. We enjoyed a watered down split pea soup starter, chicken curry, fish curry, beef curry, eggplant side dish with onions, stir fried vegetables and rice. Included were melon balls and fried banana with honey for dessert. It was a very nice meal and more than we could possibly eat.

Our next stop (photo stop) was at the Town Hall, built in 1905, across from the Sule Pagoda, at the center of town. There is a beautiful old colonial building that once housed the highest court in the nation, but is now abandoned since the court was moved to the new capital in 2006. At this stop is also the Queen Victoria garden with a large obelisk honoring the country’s independence. The city center is filled with many buildings remaining from the colonial period, although most of the buildings are in very poor condition and in need of repair and paint. Construction appears to be going on everywhere so they do seem to be improving parts of town. From here we proceeded to the 70-year-old Bogyoke Aung San Market, known as Scott’s Market, to stroll the more than 2,000 stalls. The market stalls are filled with masses of merchandise like jewelry, loose semi-precious stones, fabric, clothing, puppets, lacquer ware, woodcarvings, souvenirs and food stalls around the perimeter. Kent purchased a Marionette Puppet dressed in red that caught his eye.

For dinner we met several of the folks in our group to walk across the street to a very inexpensive Chinese restaurant.