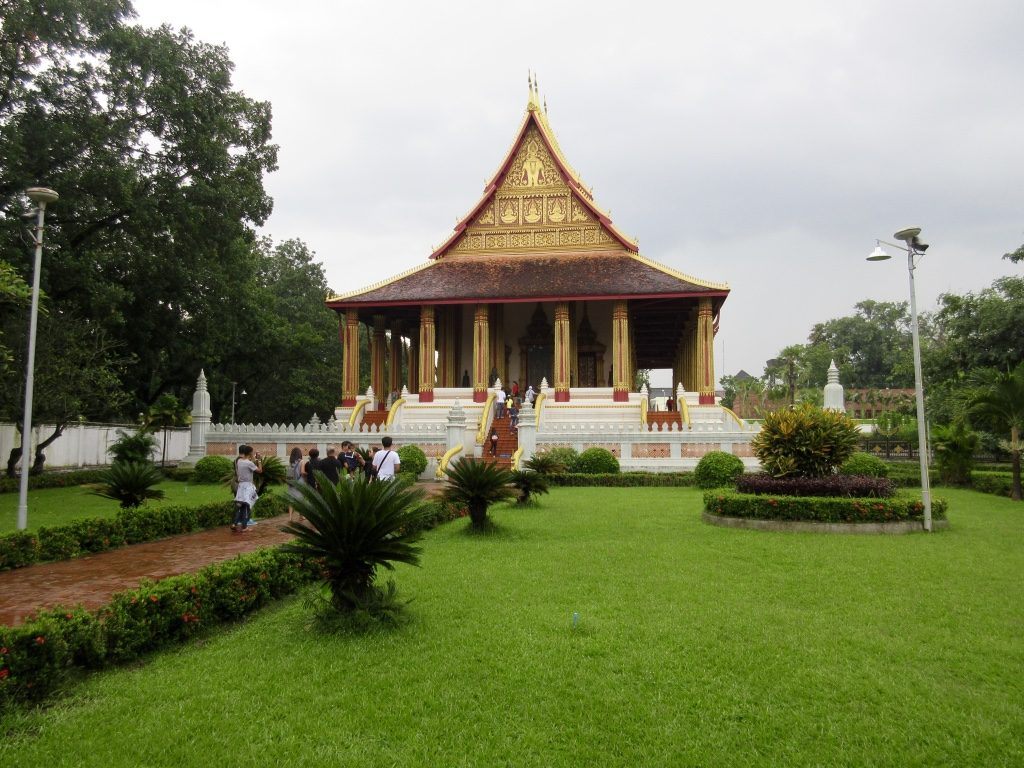 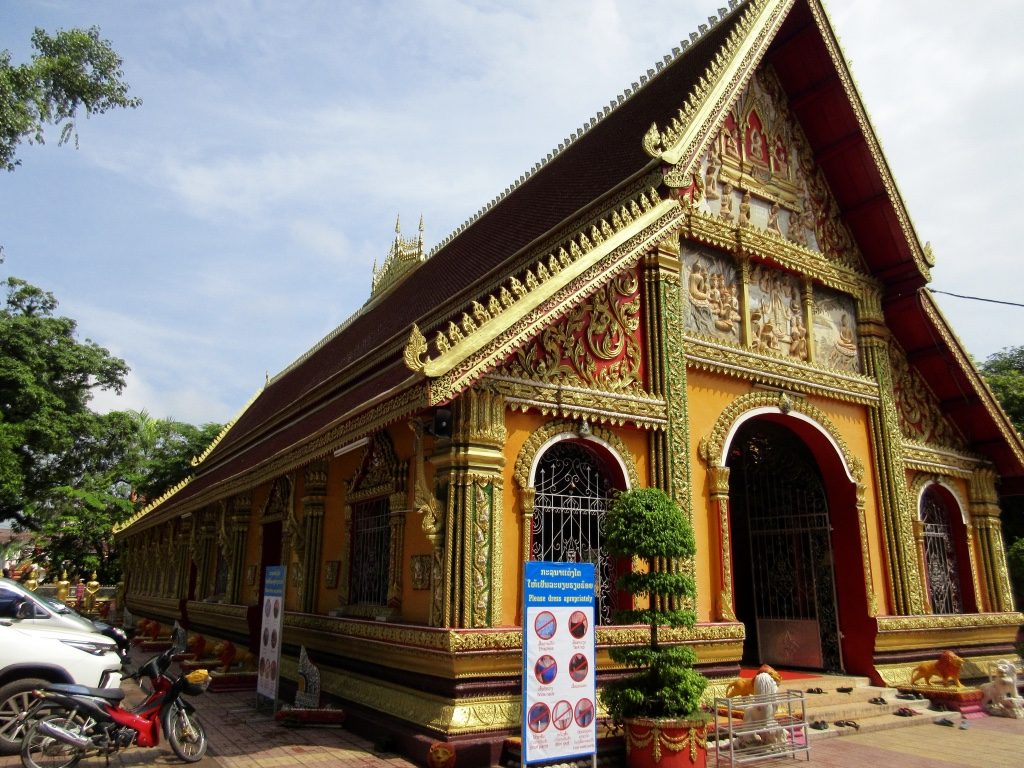 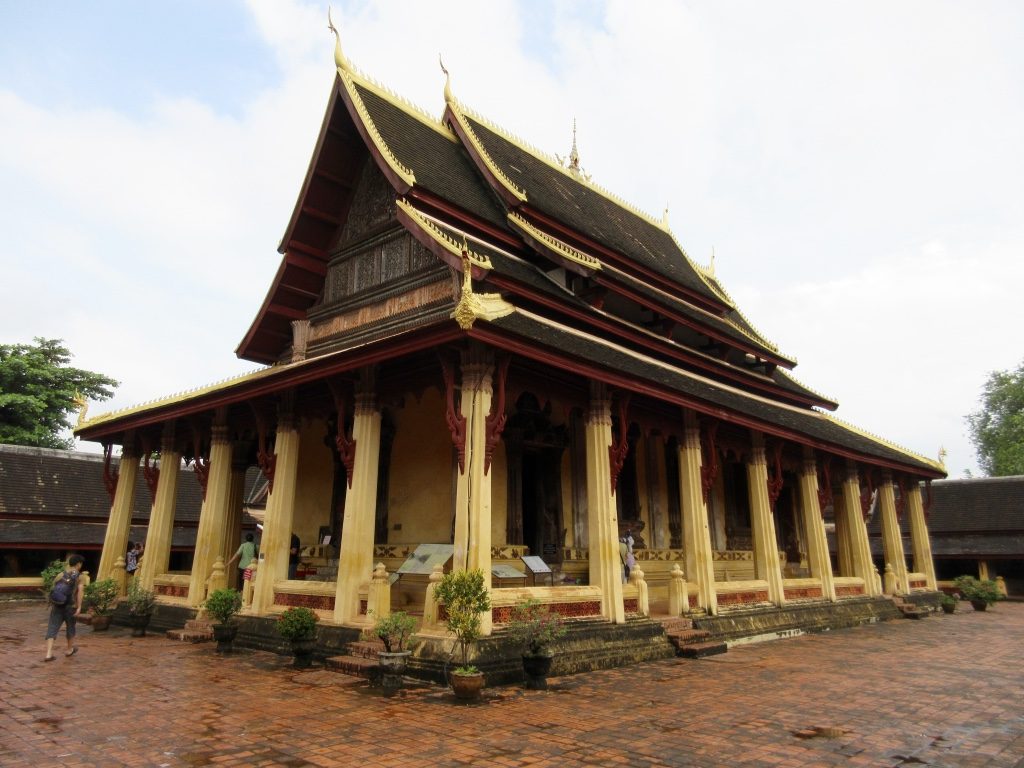 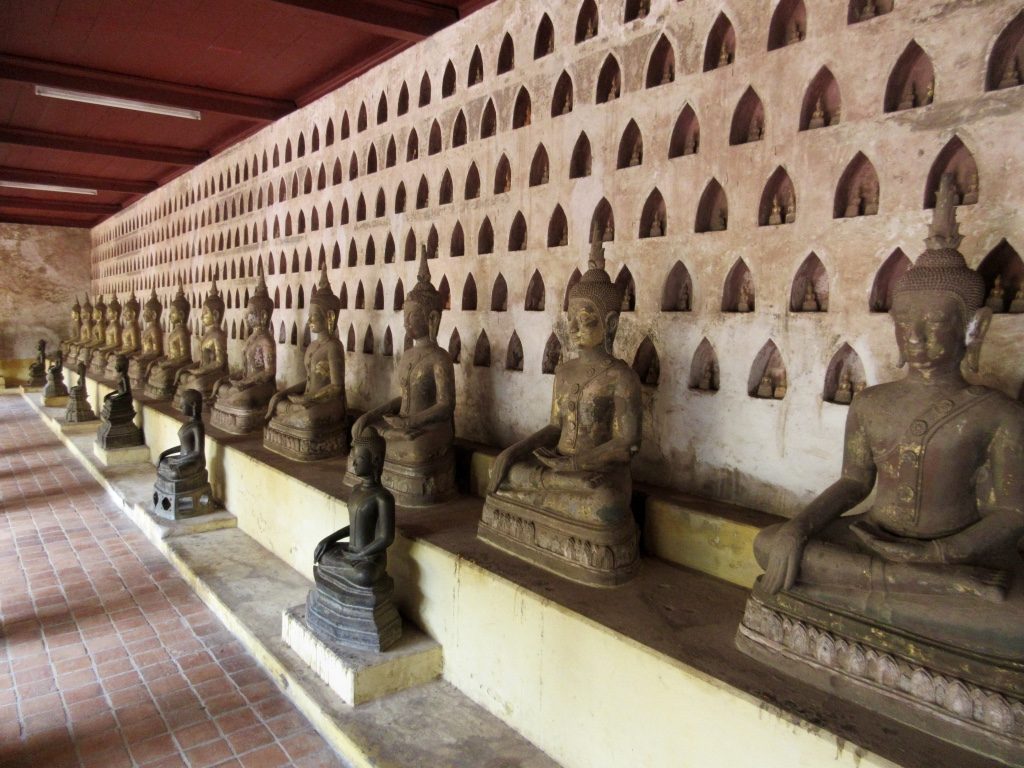 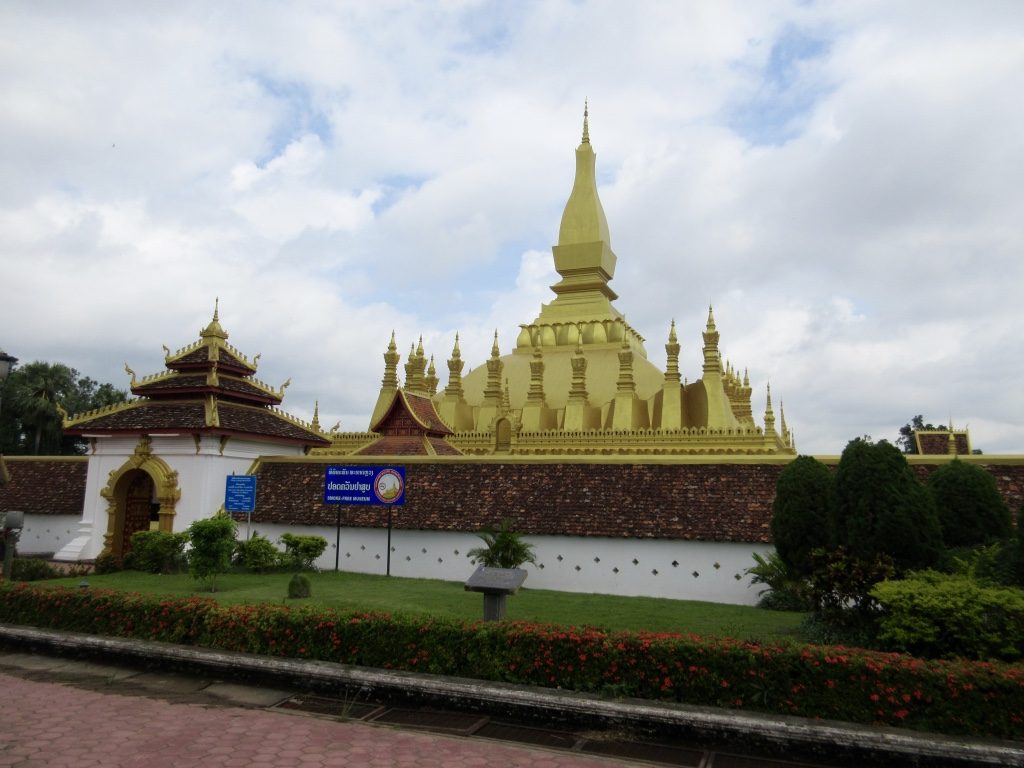 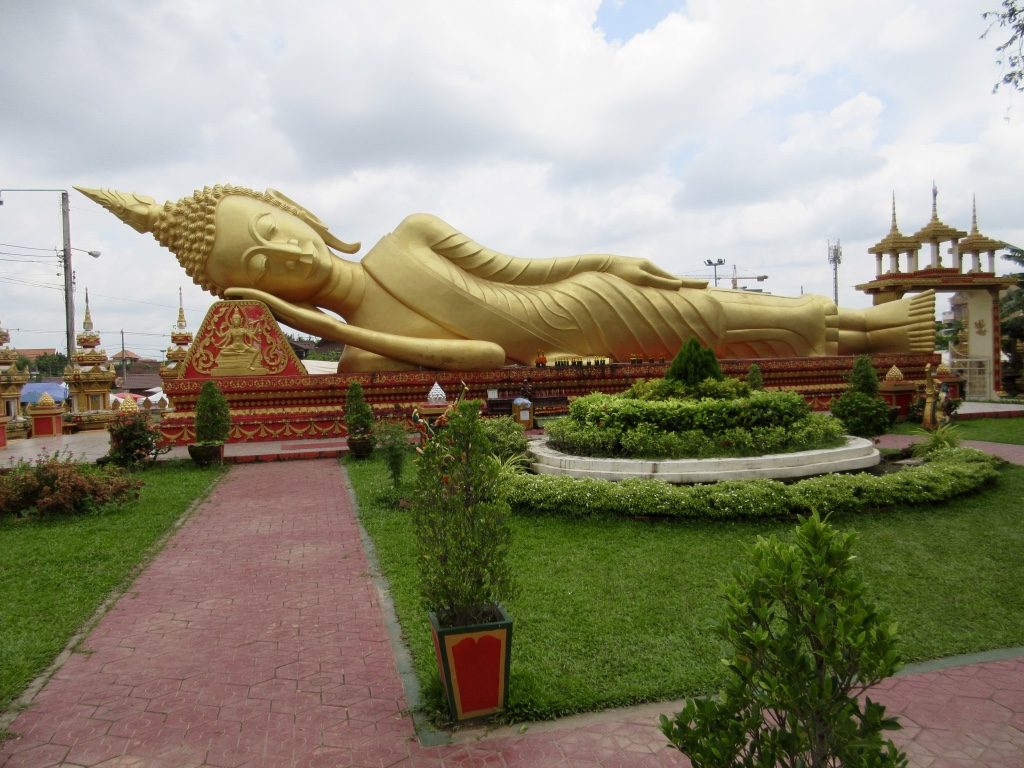 Vientiane is the capital city of Laos with a population of one million residents.

Our first stop was the Hor Pha Keo Museum and former Buddhist Temple built in 1565 to house an emerald Buddha. The Buddha stayed in the temple for over 200 years until 1779 when it was seized by the Siamese general Chao Phraya Chakri who founded the current Chakri Dynasty of Thailand. The Buddha now resides in Wat Phra Kaew in Bangkok, Thailand. The structure today is used as a museum to house Laos religious art, particularly many Buddha’s in stone, bronze and wood. The museum is set in a beautiful park-like setting with many flowers, trees and grassy lawns.

Across the street was our next stop at the Sisaket Museum and Buddhist Temple built in 1818 where they display a collection of 6,800 Buddhas. Many of the Buddha images are seated in hundreds of small niches in the walls of the temple as well as in the large cloister walls surrounding the temple. The Buddhas mostly date from the 16th to 19th centuries and come in all sizes but the majority of them are less than six inches tall. The interior of the temple has very detailed murals on all of the interior walls depicting stories of the Buddha.

Our next stop was at Wat Si Muang Buddhist Temple originally built in 1563, but destroyed and rebuilt on several occasions. This temple is unusual in that it is divided into two rooms. The front room was a quiet room with a monk giving blessings to the locals while the rear room included a main altar with many statues of Buddha. The grounds around this temple were extensive with many other brightly colored buildings, statues, gardens and burial shrines. This temple seems to be frequented by many locals who purchase flowers and fruits on the grounds to place on the altar of the Buddha. Many candles were being purchased as were marigold blossoms, popular with the locals for their golden orange color, the Buddha color.

Next we headed across town to see a very large gold colored, square shaped stupa called Pha That Luang and regarded as the most important national monument in Laos. The stupa is believed to have existed on this site since the 3rd century, although it has undergone multiple reconstructions over the years. It had been recently repainted and appears to be in excellent repair. The base of the Stupa is about 225 square and nearly 150 feet tall. Surrounding the stupa is grass and a covered portico where more historic artifacts are housed. In comparison to many of the stupa’s we have seen in Myanmar, this is built in a very simple style and lacks much ornamentation. Nearby the stupas there is another compound housing many more Buddhist temples including a large gold reclining Buddha.

We then proceeded to a local restaurant where we enjoyed the air conditioning, clean bathrooms and a Lao-style lunch. We had a soup with pork and cucumber, followed by rice, stir fried beef, stir fried vegetables, a pork stew with potatoes and fresh fruit for dessert.

After lunch we visited the Patuxai, Victory Gate or Gate of Triumph similar in style to the Arch d’ Triumph in Paris. The gate is a war monument built between 1957 and 1968 and dedicated to those who fought in the struggle for independence from France. The monument has five towers that represent the five principles of coexistence among nations of the world. They are also representative of the five Buddhist principles of thoughtful amiability, flexibility, honesty, honor and prosperity. There are two interior stairways where we walked up to the observation deck on the top to overlook the city. There are also many large souvenir shops located inside the upper levels of the monument.

From the Victory Gate we headed to the local central market where they sell most everything you could imagine. This market consisted of a newer, air conditioned building with four floors next to an older multi-storied building filled with appliances, housewares, clothing, gold, souvenirs, menswear, ladies clothing, cosmetics and so much more. We spent about 30 minutes on our own looking around before meeting up and heading back to the hotel about 4:00pm.

For dinner we met up with Gloria, Aileen, Mary and Allyn for dinner in the hotels Chinese/Japanese restaurant. The staff did not speak good English and our Lao is non-existent so we had a little miscommunication. The waiter thought that two of us had ordered two plates of food because we told the waiter that he could put two of our orders on the same check. It worked out fine and he took the two extra orders off the bill without any trouble. The money here is the KIP which is exchanges at about 8,277 KIP to one US dollar making the calculation of items confusing.