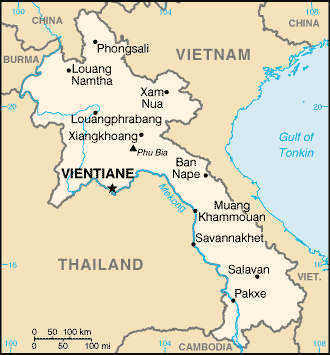 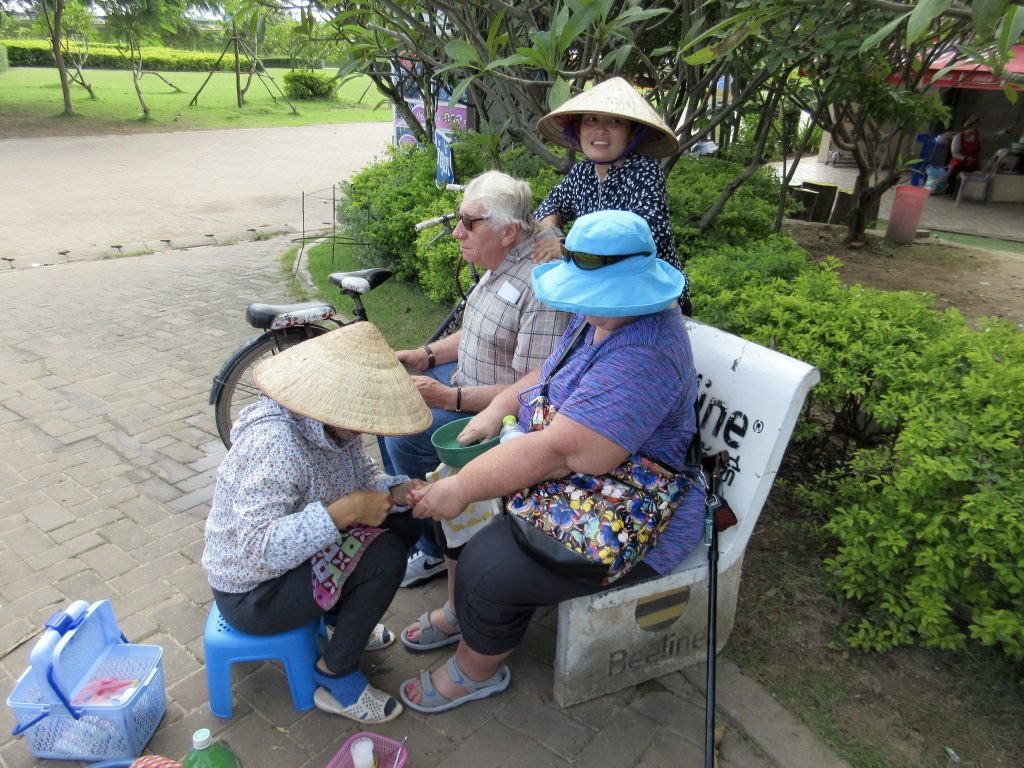 Manicures and Massage in the Park 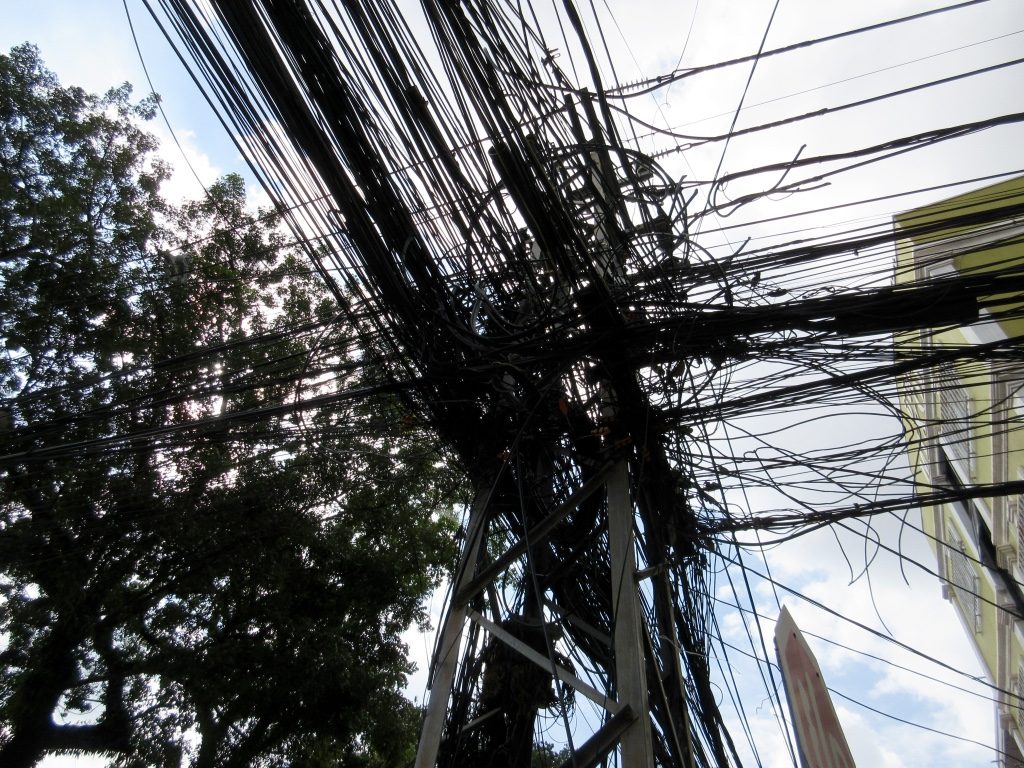 Kent and Mark at Dinner

We had a very early morning with a wake up call at 2:00am. We had to have our bags outside of our room at 2:45am ready for a 3:30am departure to the airport. The hotel provided boxed breakfast consisting of a mini croissant with a small piece of ham and cheese, a drinkable yoghurt, an apple, a hard boiled egg and a piece of cake.

We had to fly from Yangon to Bangkok, where we changed planes for a flight to Vientiane, the capital of Laos. The connection time was very short between flights.  Bangkok Air had an excellent airport employee who escorted our group from one plane to the next and through the airport maze of security and immigration. For example, we disembarked the plane on the tarmac and were transported by bus to an international terminal where we had a good walk and had to go through another security check. They held the flight for us but when we arrived in Vientiane half of our luggage did not make the flight.

Laos is a landlocked country located between Myanmar, Cambodia, China, Thailand and Vietnam. Its land area is slightly larger than the state of Utah. The population is about seven million, 65% of which are Buddhist. Laos has been independent since July 19th 1949 when it broke away from France. The national language is Lao.

Our hotel for the next two nights was the five-star Lao Plaza Hotel built in 1997 with 134 rooms. It is a simple, clean-lined hotel located in the business district and just a few blocks from the Mekong River and the border of Thailand.

Our local guide, Soane, took us for a walking tour around our hotel neighborhood to see the local businesses, restaurants, shops and the Mekong River. Most buildings are in poor repair and the sidewalks difficult to navigate. Traffic does not stop for pedestrians even though there are crosswalks so crossing the streets can be time consuming. While walking along the river there were several young ladies offering to give manicures, pedicures and back massages. A manicure was only $2 US, a price that is hard to beat anywhere in the world.

In the evening we walked to a local Lao restaurant where we had a traditional Lao dinner and were entertained by a five-member band and several dancers performing local dances in beautifully colorful outfits. The dinner started with a broth soup with onions, lemon grass, carrots and fresh ginger. The main courses included rice, chicken with herbs cooked in leaf wrappers, pork with an oyster sauce, stir fried vegetables, a ground chicken with spices and fresh herbs dish and deep fried chicken nuggets. For dessert we had fried bananas with honey and ice cream.

After dinner some folks went back to our hotel while some of us took tuck-tucks to the riverfront where there is a nightly market from about 5:00pm to 10:00pm every night. The market sold a lot of very inexpensive clothing well under $10 each, but you could also find electronics, souvenirs, and food. There were hundreds of stalls set up under red topped pop-up canopies with one light in each canopy.  Vendors disassemble their stands each night and put them up again the next night…..lots of work.

Our lost luggage arrived from the airport about 10:45pm which was a relief.