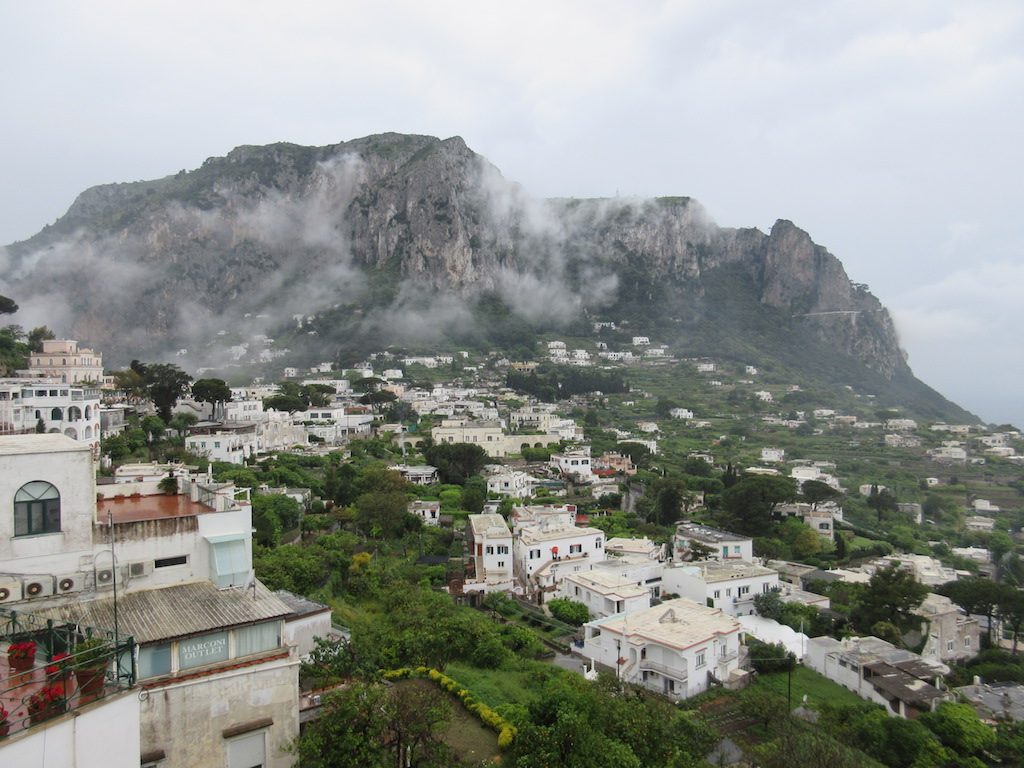 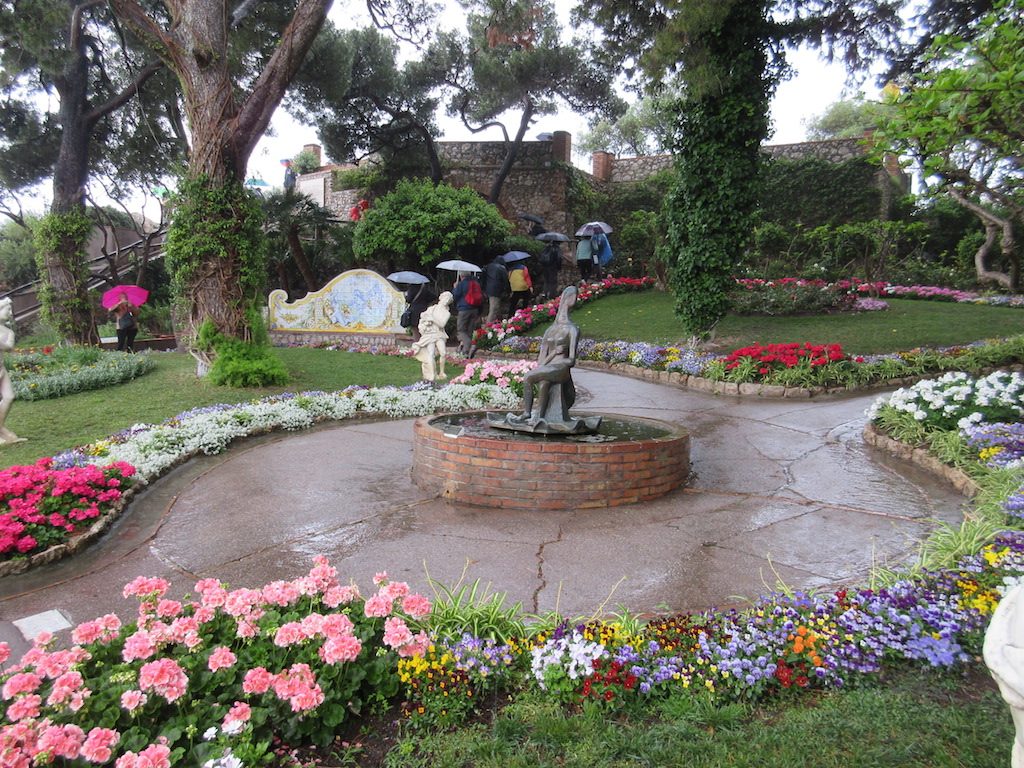 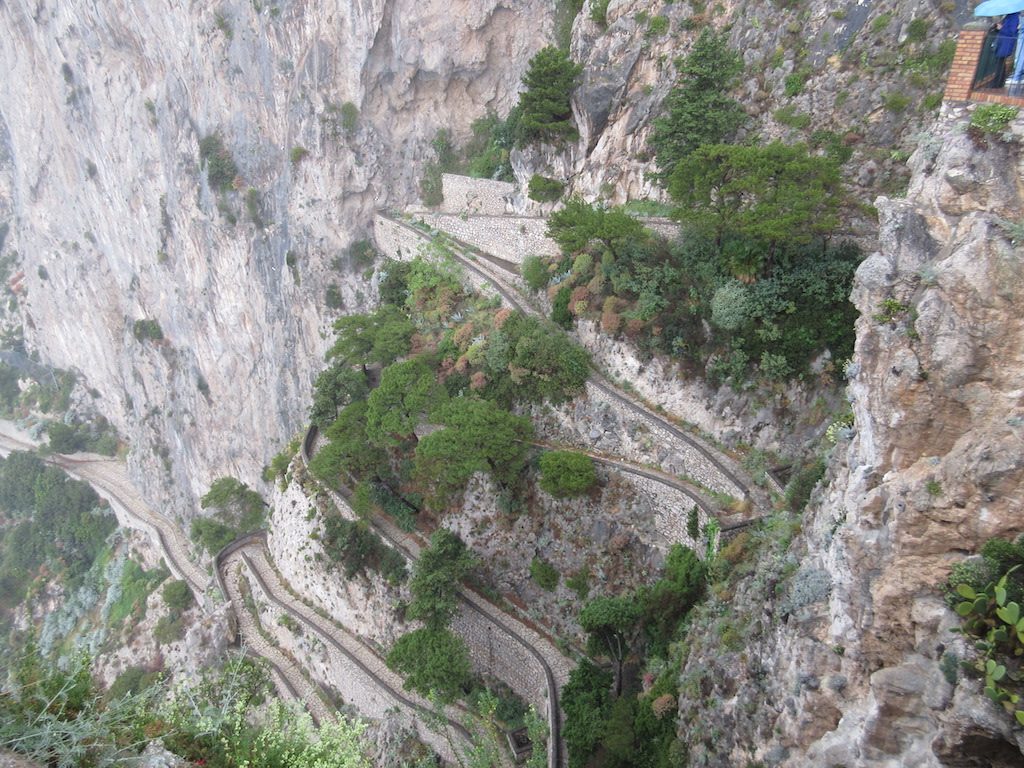 We took an excursion to the Isle of Capri in Italy’s Bay of Naples on the west coast of Italy on this day. The island is famous for its rugged landscapes, high-end hotels, designer fashions and the liquor called Limoncello. The Jetfoil ride from Sorrento to the island takes only about 30+ minutes. Once on the island we took a funicular to the top of the island where we visited the village of Capri for a guided walking tour of the local sights.

Unfortunately, the weather was not cooperative this day and it rained most of the time we were on the island of Capri. Even in the rain it was obvious that Capri was a beautiful island with steep jagged hillsides of rock and lush green beauty. The village atop the island has many meandering pathways lined with a mix of private homes, shops, restaurants and hotels. The shop windows were exquisitely displayed with clothing, jewelry, perfumes and luxury gift items. There were window boxes, flower pots and flower beds everywhere filled with colorful flowers all neatly maintained. Due to the narrow lanes around the island most of the merchandise, food, shops goods and hotel guest luggage is transported on very small carts only about thirty inches wide and maybe 48 to 60 inches in length.

Capri is also where the name Capri pants were derived by fashion designer Sonja de Lennart in 1948 and rose to popularity in the late 1950’s and 1960’s. Grace Kelly was among one of the first celebrities to wear the Capri pants on the Isle of Capri.
We returned to our hotel in Sorrento by about 3:00pm for a rest before heading out to dinner at a local farm at 5:30pm. The family farm grows their own vegetables, lemons for cooking and limoncello, cows for milk used in mozzarella and ricotta cheese, chicken for eggs and cooking, sheep, and more. We were given a short tour of the farm in light rain.

Inside a large dining room, we were served a delicious dinner prepared with all items from the farm. The starter plate had fresh tomatoes, grilled zucchini, eggplant and peppers, mozzarella cheese, ricotta cheese and some greens, stuffed zucchini blossoms with cheese and ham. The next course was a pasta plate with a tube pasta with red sauce and a artichoke pasta strips with a white cream sauce. Next came a platter of French fried potatoes, a platter of grilled meats of chicken, sausage and beef steak. For dessert we had a cheese filled cake and the family’s limoncello.