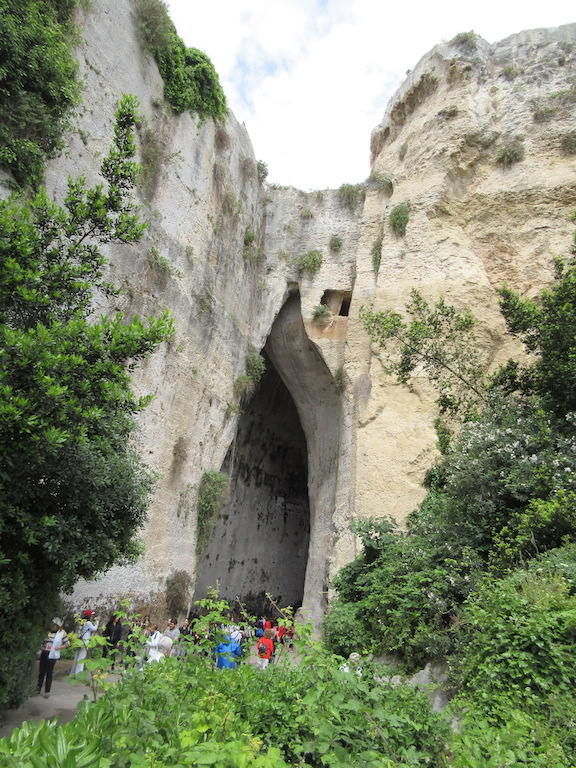 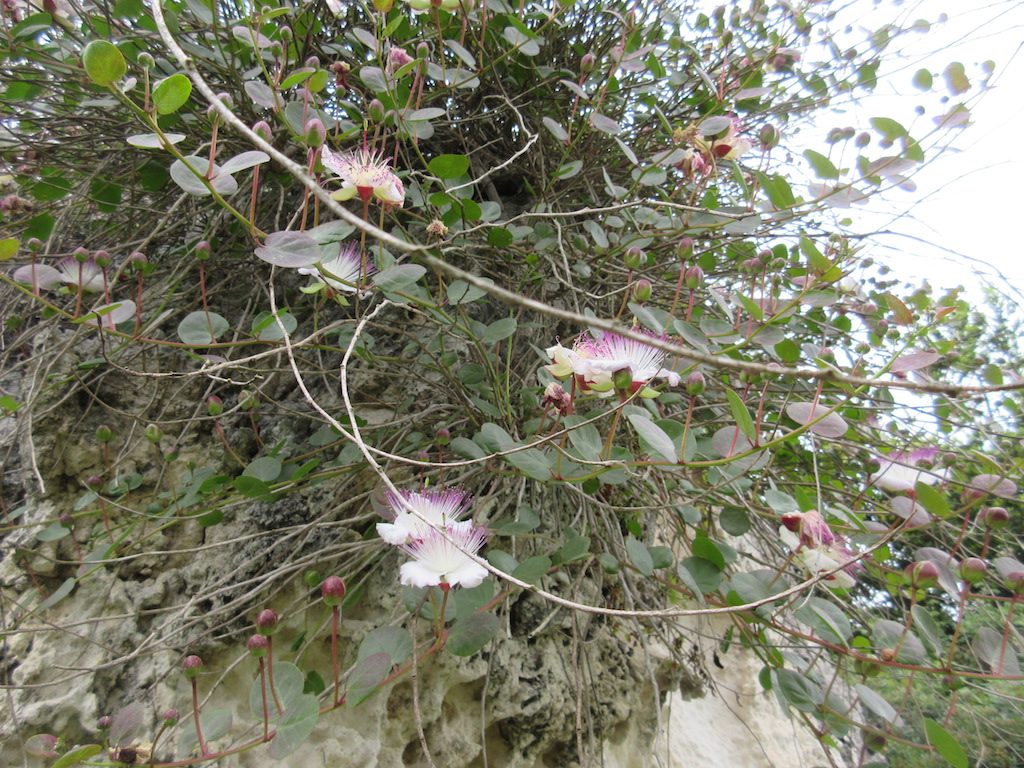 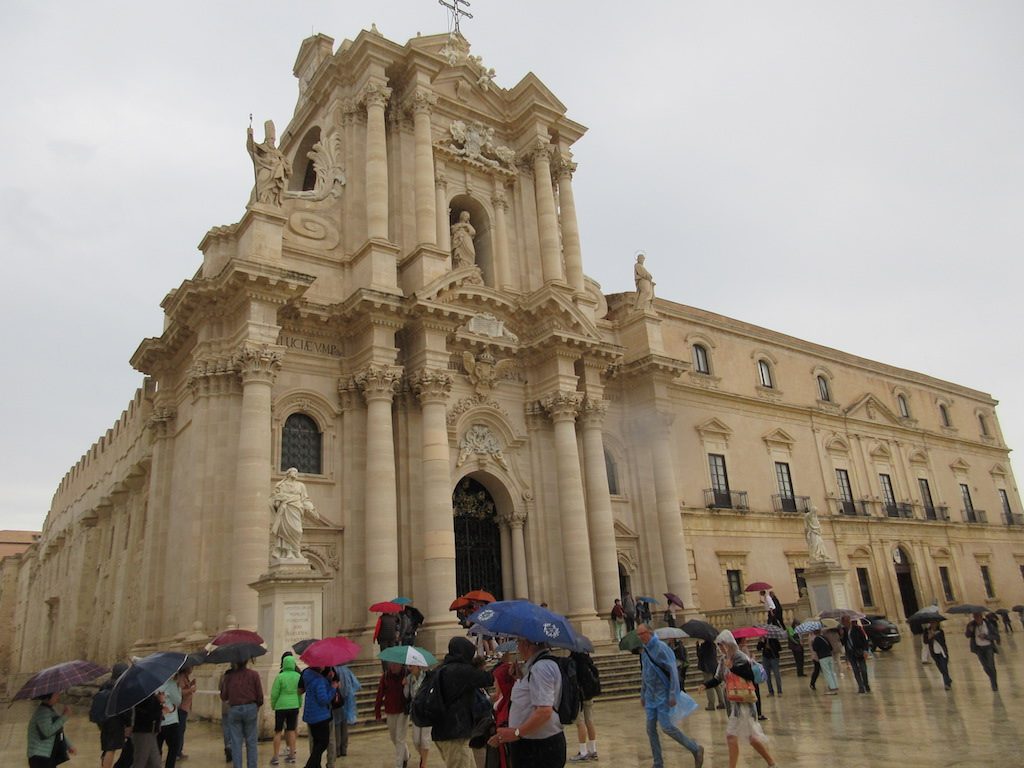 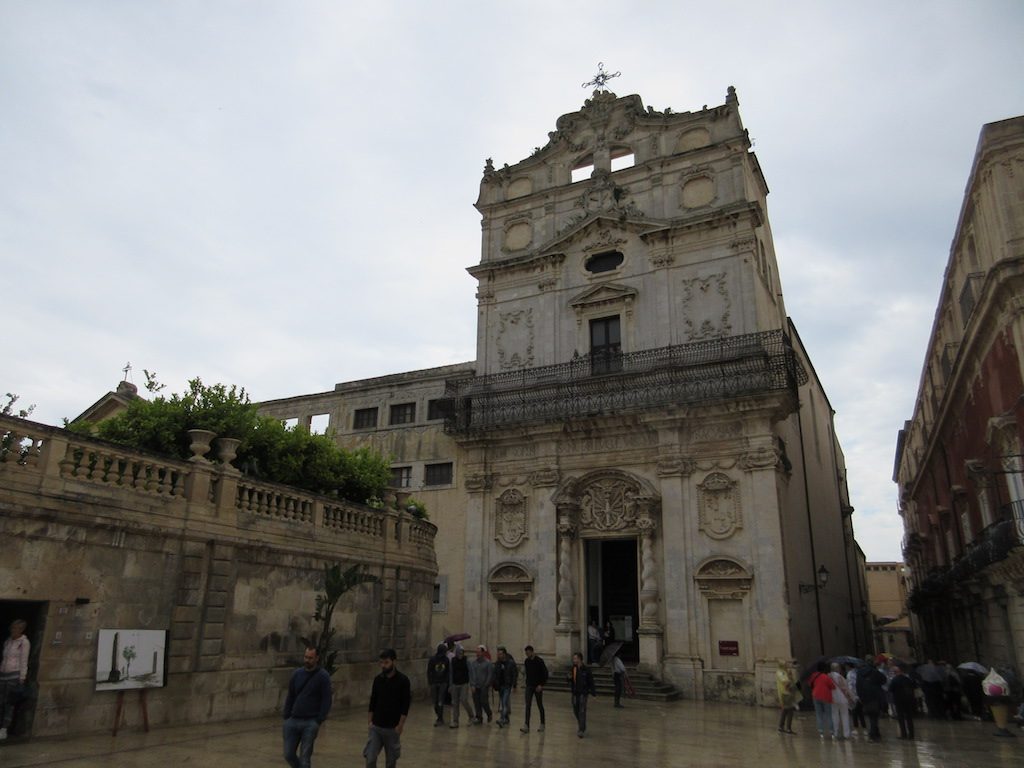 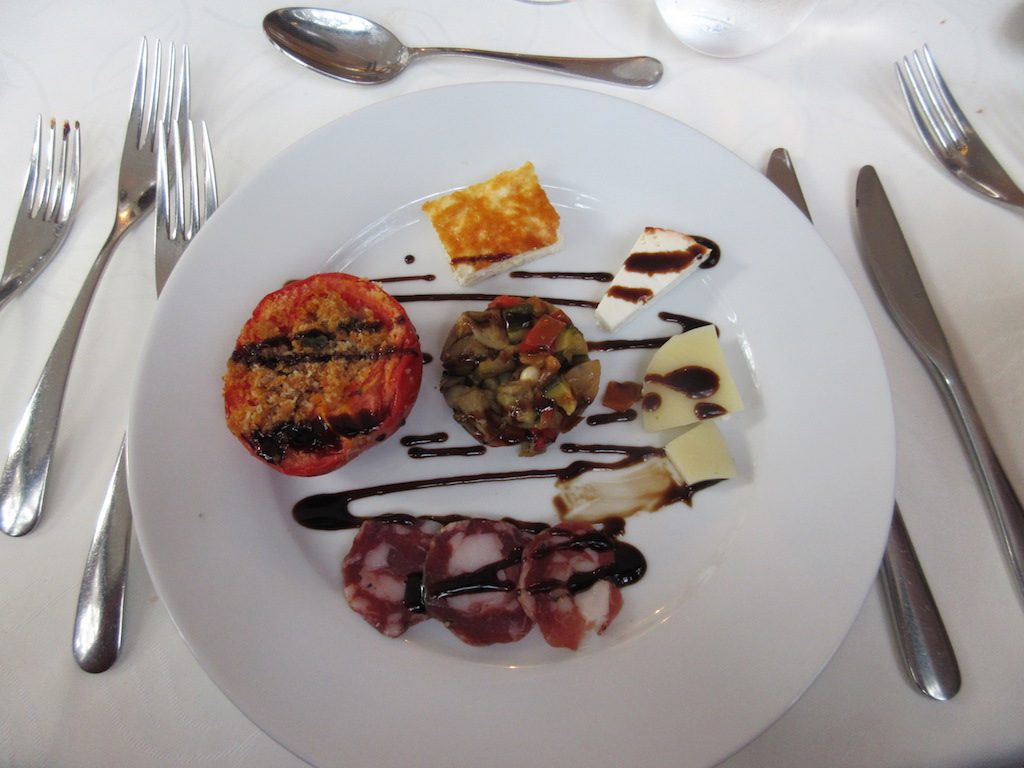 This was a free day to explore at leisure or we had the opportunity to take an excursion to the towns of Syracuse and Ortigia. We chose to take the extra excursion to see what these two other towns in Sicily were like. Our first stop was in Syracuse to see the town birthplace of the famous poet and mathematician Archimedes.

Syracuse was also the place where we visited a large archeological site dating back more than 2,000 years. The site was once a quarry where stone was dug from underground to build churches, temples, theaters and amphitheaters in the region. The stones that were extracted from the earth were about two feet by two feet by four feet long and each weighed about 3,000 pounds. They were easily hammered and chiseled out of the ground by slaves and hauled on wheels by donkeys to the building in which they would be used.

At this site we saw a 5thCentury BC Greek Theater  (half round) that could seat 20,000 people and is still used today for sold out tragedy plays. There is a Roman Amphitheater (full round) used for gladiator competitions or fights with wild animals. The gladiators and animals would often be killed in the process. There was also an enormous altar of Heron II where animal sacrifices were made. There was a large garden with all types of local plants including a caper plant that I found interesting. I do not remember seeing a caper plant growing before.

Our next stop was at the island town of Ortigia which is connected to Syracuse by two bridges. The waterway between the mainland and the island was filled with boats and the buildings surrounding the water made me think of Venice. Here we saw the ruins of an old temple dedicated to the sun god Helios. Not much remains of the temple today and what does remain has mostly been rebuilt or revised over the centuries by various people who occupied the city.

Next, we stopped at a beautiful church on the main square that had been originally built with the stones from the nearby quarry. The church has been altered many times over the years but it showed how far they transferred the stone blocks. The distance was probably more than five miles which is just hard to imagine.

For lunch we stopped at a local café to have a small calzone with ham and cheese and another pastry filled with meat, rice and cheese.

After a few hours break we were taken to dinner at a one-star Michelin restaurant along the Taormina coast. The room that we were seated in was an enclosed patio sun room with large round tables for ten guests each. We had a lovely starter plate with chopped eggplant, peppers and zucchini; roasted tomatoes stuffed with bread crumbs and parmesan; assorted cheeses and salami. This was followed by a plate of tube-shaped pasta with a pureed eggplant and cream sauce and cheese. For the main course they served a choice of chicken with mashed potatoes or a sea bass filet with a tomato sauce over potatoes. For dessert they served a molded vanilla ice cream with a berry sauce. The meal was alright but nothing spectacular.