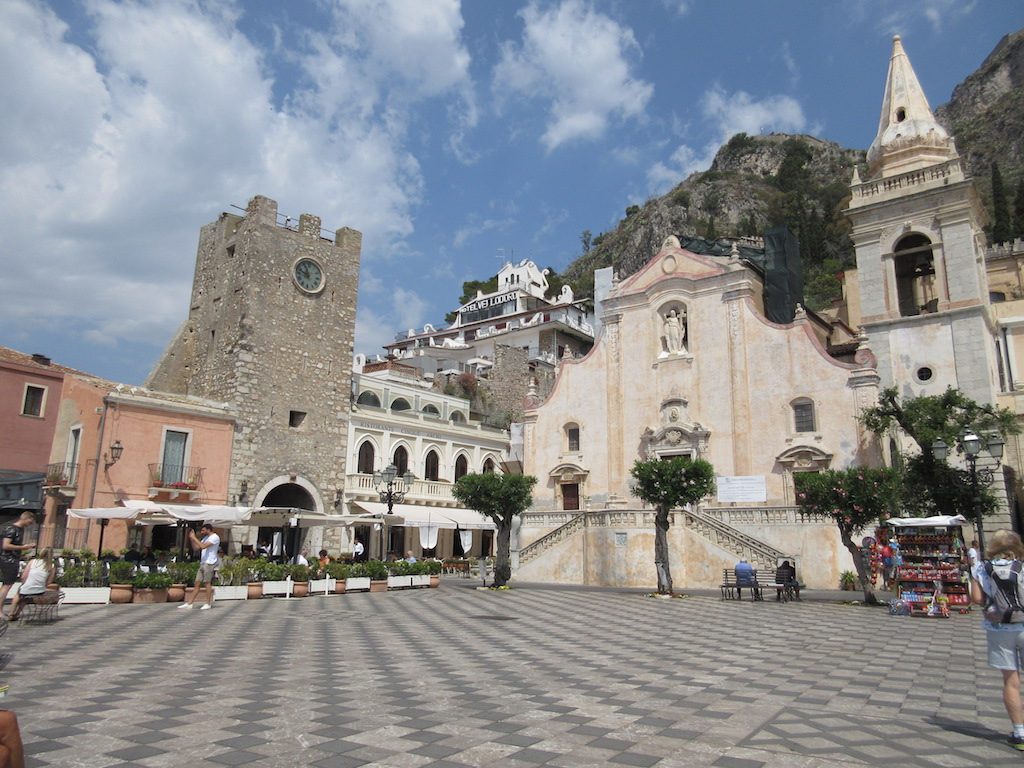 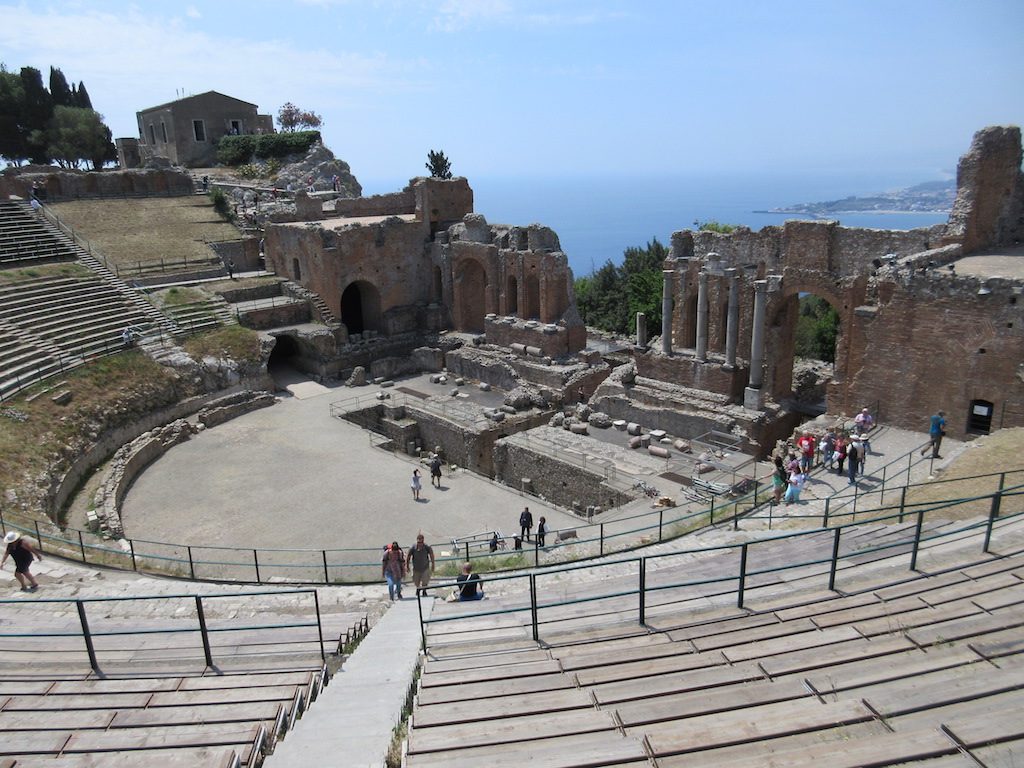 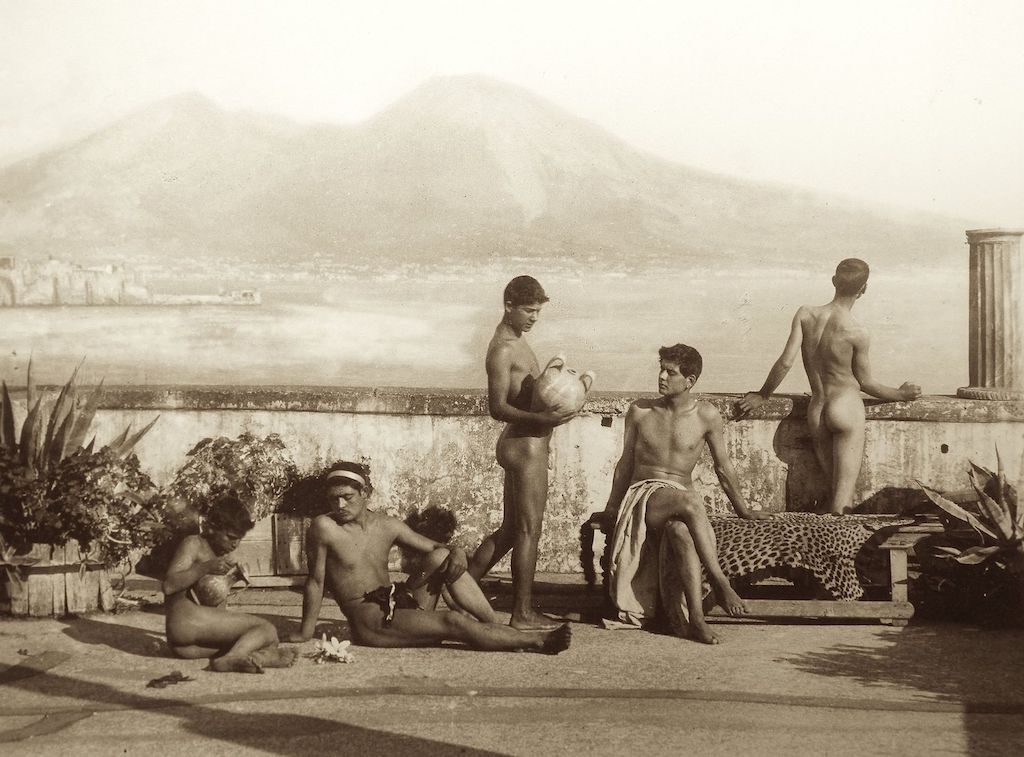 We crossed the Strait of Messina by ferry this morning to begin our discovery of the island of Sicily, the great melting pot of the Mediterranean world. Phoenicians, Greeks, Romans, Saracens, Normans, French and Spanish have left their marks and contributed to its rich heritage. The ferry was large enough that we could stay on the bus and drove right onboard for the twenty-minute ride.

Taormina is located on the Ionian Sea on the east coast of the island of Sicily, Italy. Taormina has been a tourist destination since the 19th century. There is speculation about Taormina being an early gentlemen’s destination (gay). Capri had a similar reputation, as tolerant of gay men and artists. Johann Wolfgang Goethe, exalted it in Italian Journey, a record of his 1786 journey published in 1816. Wilhelm von Gloeden, a photographer of predominantly male nudes, worked here most of his life.

When we arrived in Taormina we visited the ancient remains of a Greek theater dating back to the 3rd century BC. The theater had a diameter of 358 feet and is the second largest of its kind in Sicily after one in Syracuse. There is a main pedestrian street that runs through the town filled with beautiful shops selling all types of clothing, souvenirs, food items, ceramics and of course, gelato. We had several hours to explore the charming town on our own. We stopped to taste the local delicacy called an arancini. The arancini is a type of rice ball mixed with items like mushrooms, peas, eggplant, cheese and then shaped into a ball or bell shape before being breaded and deep fried. They were a bit greasy but they were tasty enough. Along the way we also stopped at a gelato shop to check the quality.

Things we take for granted at home are not so simple here. Public bathrooms are not as plentiful and when you do find them there is often a charge of a half euro or about .60 US. There are no toilet seats and paper is often not available. Table service at a restaurant or ice cream shop is more expensive than if you take the item to go. For example, at the gelato shop there was an additional charge of about .75 US for sitting at a table rather than taking the gelato somewhere else to eat it.

Our hotel is located south of Taormina and is the Hilton Giardini Naxos located on the beaches of Giardini Naxos with panoramic views of the Ionian Sea. The hotel was very large with several restaurants, a spa, an outdoor pool, shops and a huge lobby.

For dinner we were on our own and went down the street from our hotel to a small restaurant on the beach where we had a green salad, risotto with salmon and pasta with swordfish. The food was fine but nothing spectacular.