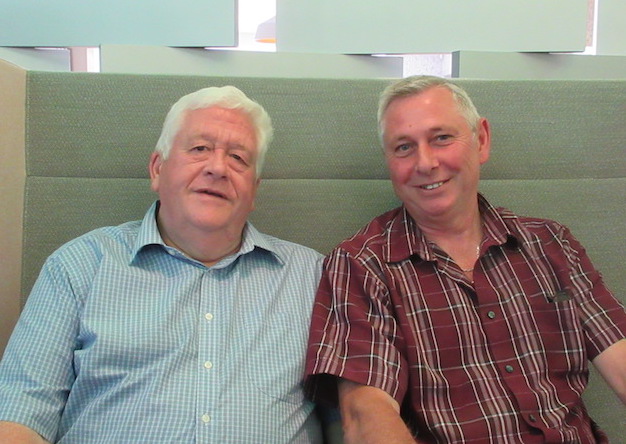 An English breakfast at a local café included a fried egg, baked beans, ham, toast and coffee. One of the best deals we found in London at just three pounds seventy-five as most things were quite expensive.

We then took the train back to the Heathrow airport and transferred by bus to a nearby Ibis Hotel where we spent one night before our early departure the next morning.

We made plans to meet up with Paul, a friend from England whom we had met on a Celebrity Cruise of the Panama Canal in 2007. We had visited him several times in England over the years and it was good to catch up with him again and to meet his newest husband, Simon, whom we had heard about but had not met until now. We spent the afternoon and evening visiting and catching up. Paul is now retired and Simon is driving a truck making deliveries of all types throughout Great Britain.  They live about an hour or so from Heathrow.