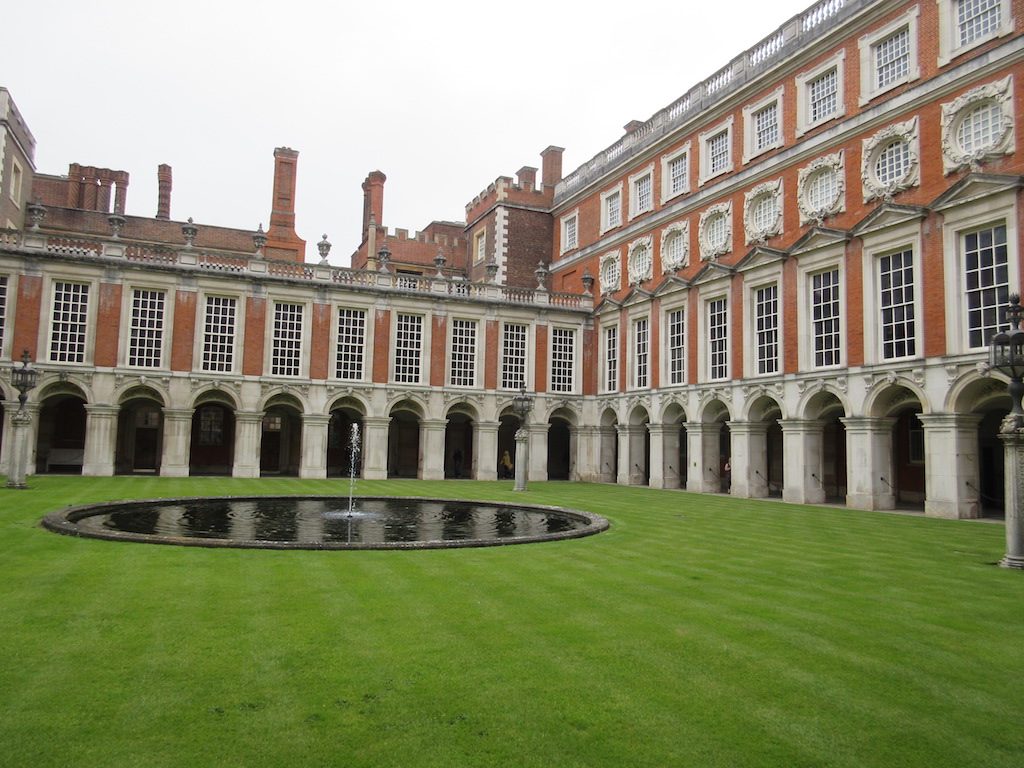 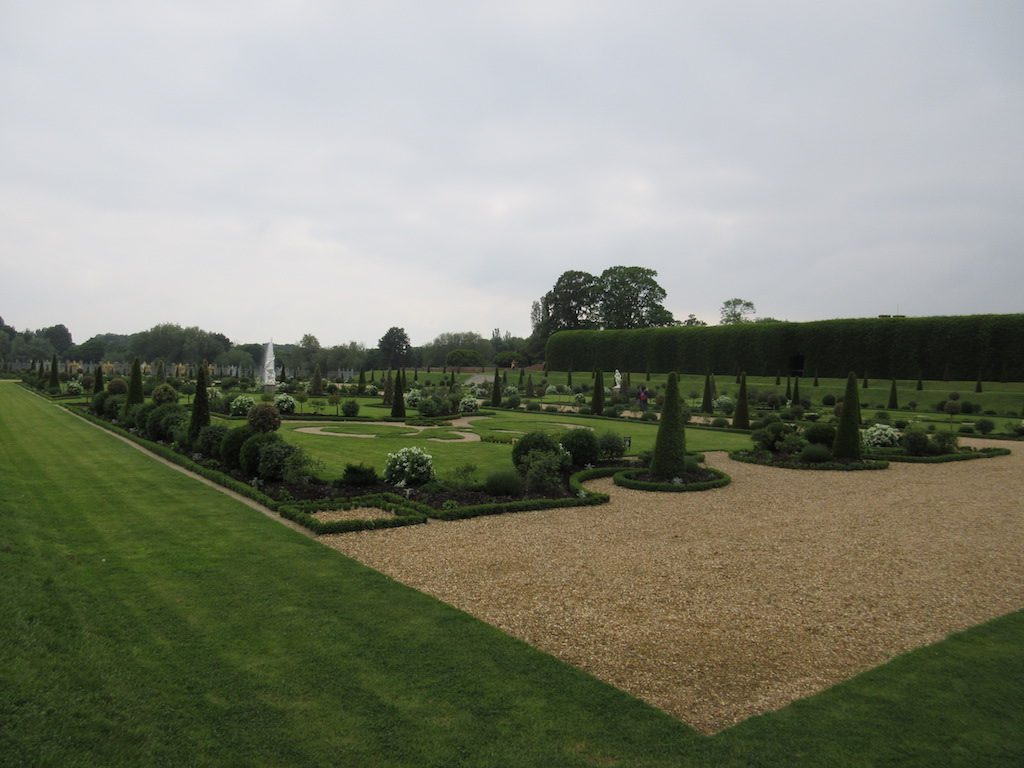 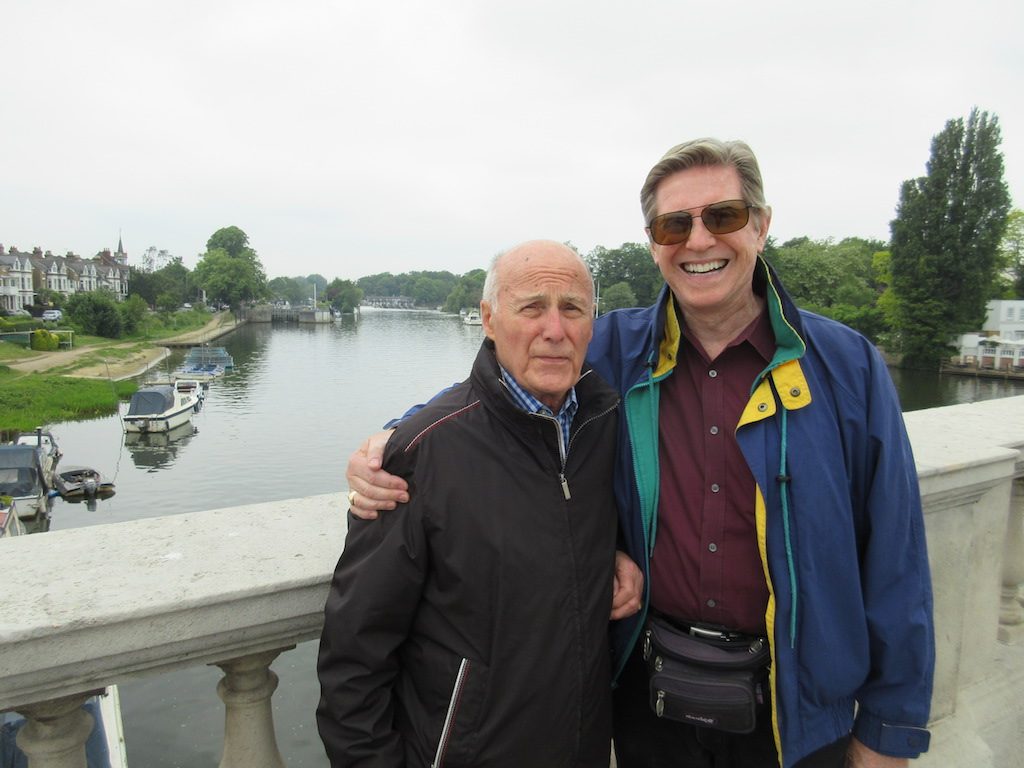 On this day we took the underground subway back to Victoria Station in the heart of London to catch the train to Sanderstead, south of London to meet our 84-year-old friend, Tom. We met Tom on the 2013 World Cruise at which time he was living in Lake Como in northern Italy but has since moved to London. Tom has a very nice two-bedroom condo that he has remodeled from top to bottom making it his own.  We had visited him in Lake Como and he was also on the 2016 cruise to the Far East also. He gets around.

Tom drove us to Hampton Court Palace, about an hour’s drive west of where he lives. The palace was begun in 1515 for Thomas Wolsey, a favorite Cardinal of King Henry VIII. In 1529, as Wolsey fell from favor, the King seized the palace for himself and later enlarged it. The following century King William III did massive rebuilding and expansion to the property intending to rival Versailles. The work was never completed so much of it has competing styles in the Baroque and Tudor styles.

We toured the private residences which have been beautifully restored, furnished and maintained. The gardens are equally impressive having been laid out by William III and Mary II in the late 1600’s. There are formal gardens, a maze made from hedges, an herb garden, a rose garden, a fountain garden, an indoor tennis court and even a grape vine planted in 1768 that still produces today and is enormous in size and production.

For lunch Tom took us to an Italian (Mia Casa) restaurant in the adjoining town where we had a delicious and plentiful lunch. The starter plates of pasta were large enough for an entrée portion and the entrées were accompanied with three types of vegetables, fried potatoes and bread.  No dessert required.

By the time we finished our visit with Tom and returned to London by train it was time for bed but it was a wonderful day and we were so happy to visit with Tom.