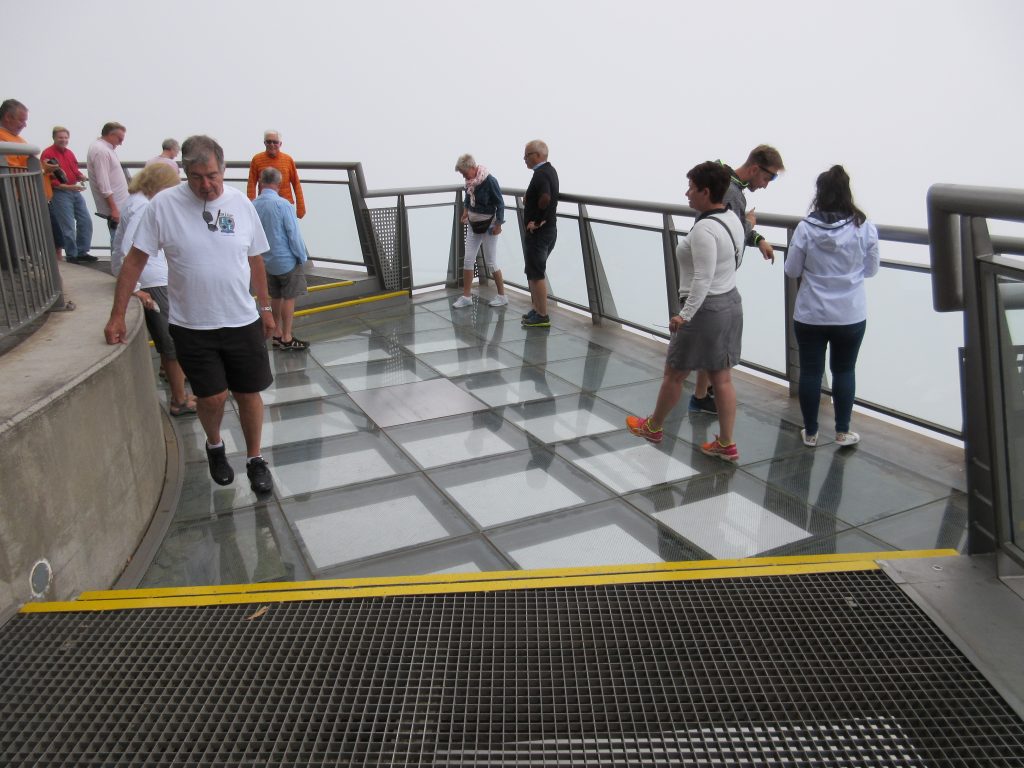 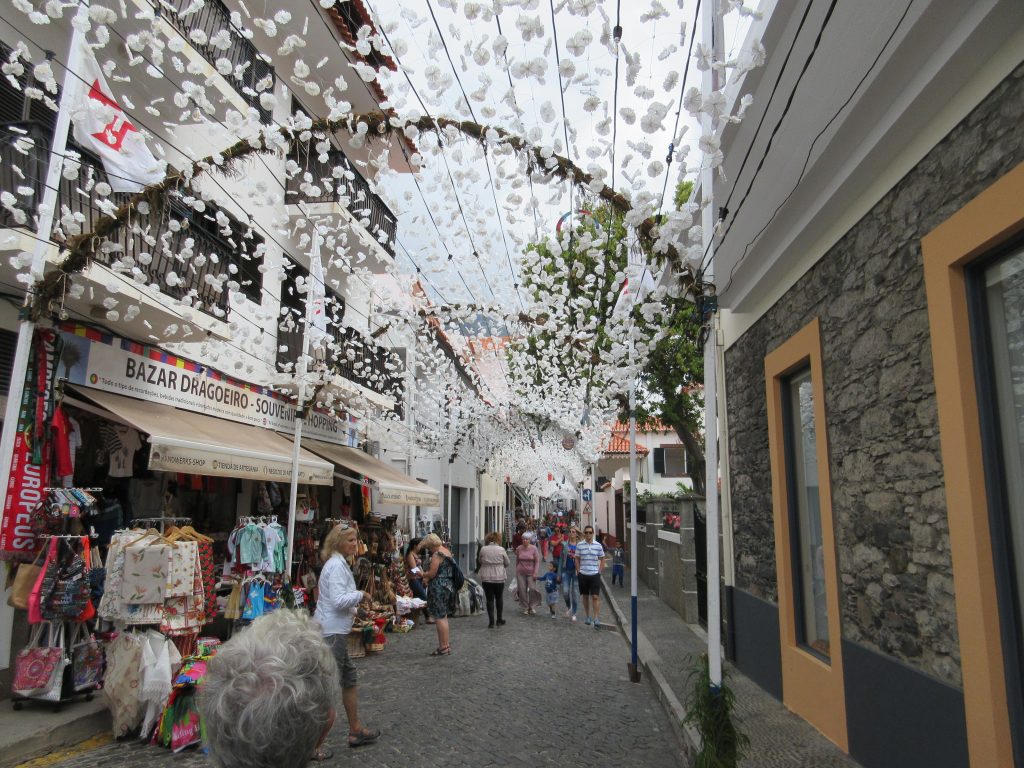 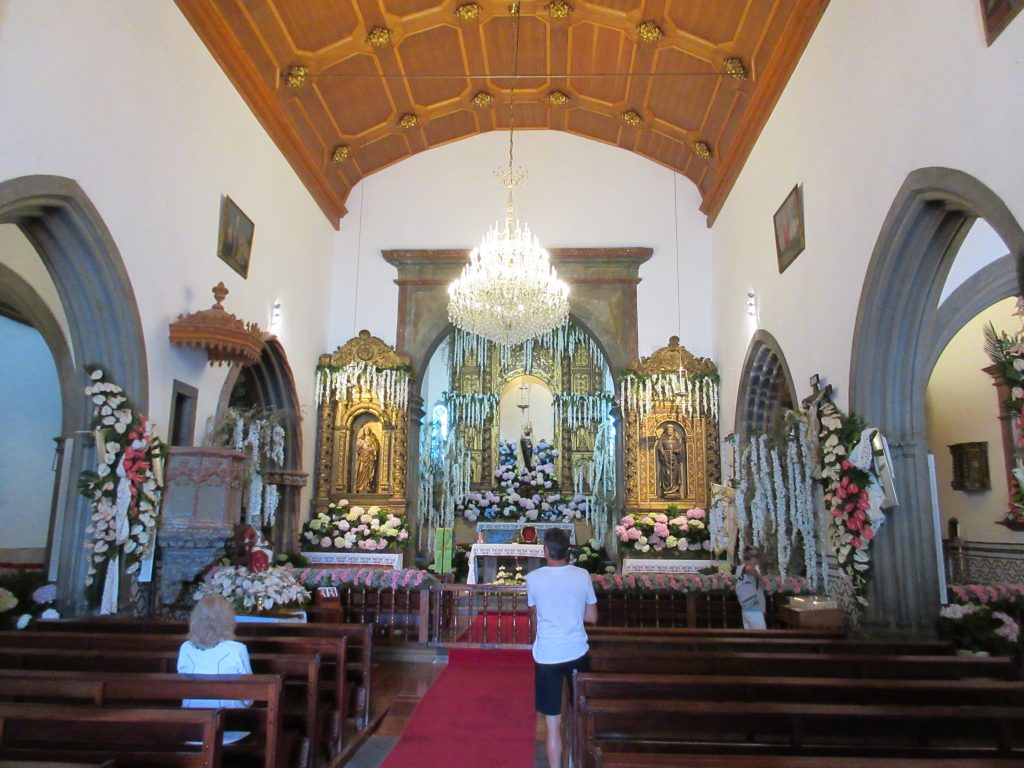 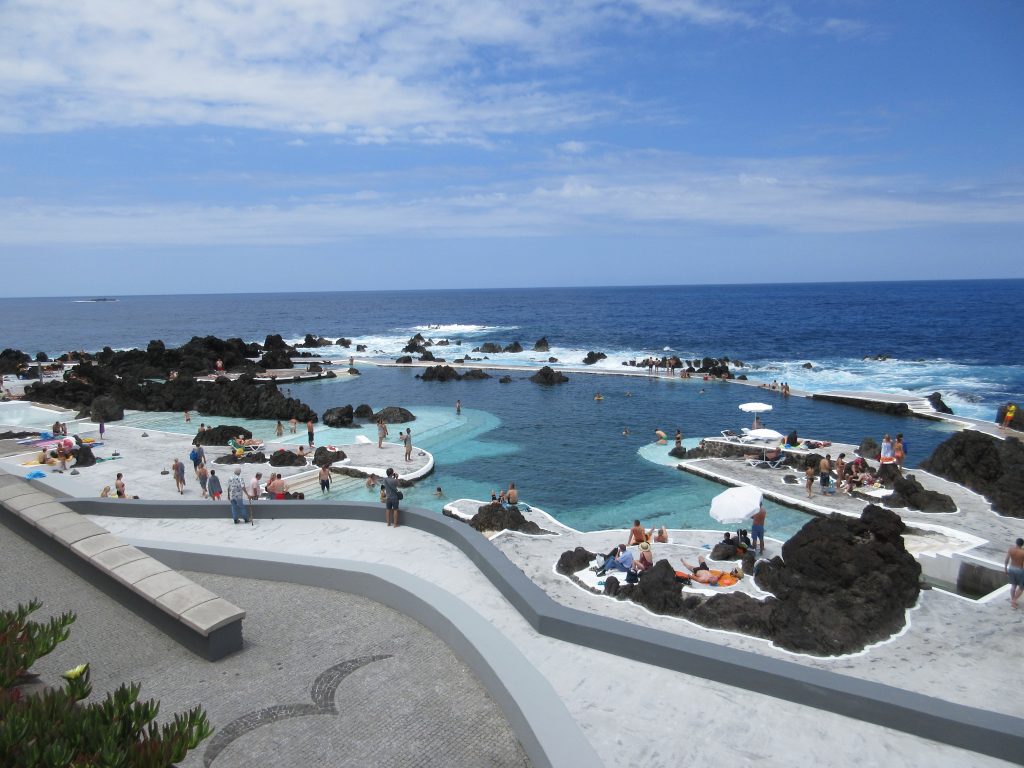 Madeira Day is a national holiday celebrated on the anniversary of the archipelago’s independence from mainland Portugal, granted in 1976 in the Portuguese Constitution. Official ceremonies are held throughout the Autonomous Region of Madeira, while families and friends enjoy picnics and lively local events.

On this day we were taken in a 20-passenger bus on a tour of the western portion the island of Madeira. We started out at “Cabo Girao” lookout point located at the top of an 1,840-foot cliff on the southern shore of Madeira. At the top of the cliff is a glass floored observation deck where you can step out over the cliff to see the dramatic cliffs and the ocean below. The lookout was built in 2012 and is similar to the glass lookout in the US over the Grand Canyon.

Our next stop was the town of Ribeira Brava on the southern coast of Madeira with a population of about 14,000 inhabitants. Ribeira Brava means angry river and it was in 2010 when heavy rains in the mountains sent a deluge of water down the river to the small town at the mouth of the river doing tremendous damage. Many people lost their homes in the flood and much of the town had severe damage from the water. After nearly eight years they are just finishing building a concrete channel through the canyon to help control the water flow.

Next, we headed north across the island via several underground tunnels carved through the volcanic rock mountains. Once we reached the north coast the air was cooler and the sea was much rougher with larger waves and heavy seas. The terrain is very dramatic with steep cliffs dropping into the sea. We stopped to observe some of the “veils” of water falls cascading down the steep cliffs from the mountains.

We then headed to the northwest point called Porto Moniz with a population of only about 2,750 inhabitants. This part of the island was known for its whaling industry from about 1941 until 1981, but today caters to tourists stopping for the fantastic views of the rugged coast. The coast line is filled with jagged volcanic rocks jutting out of the water creating small pools of crystal clear sea water. The resort style area where we stopped for lunch has created huge swimming pools out of these natural rock formations. They have concreted around some of the rock formations to create areas for sunning and have filled the rock formations with plaster like a swimming pool like you have never seen before. The ocean waves crash over the swimming pool walls creating a thrill for swimmers. We had lunch here in a couple of restaurants overlooking the dramatic coastline.

We then headed over the mountains to see how the terrain of the island changes as we climbed in elevation. We saw lush green fields of ferns with rhododendrons and lush flowers. Cows wandered the roads and many birds could be found on the island. Grapevines grow on the sunny side of the island and cherries, corn, terraces of bananas, sweet potatoes and a huge variety of vegetables and fruits grow.

We then stopped at the town of Calheta (small bay) on the south shore where we had ice cream. This town of about 12,000 residents has many tourist hotels and its economy is reliant on fishing and agriculture.

This evening there was a mandolin concert with several youth groups playing mandolins, flutes, etc. and singing. As we walked by the concert area, we saw there were some chairs still available and we took seats and stayed for most of the concert which was augmented with video of each of the performing groups. We then took a short walk to a restaurant where we had dinner.

It was a long day on the bus but was great to see all the island has to offer and how different the landscapes can be.