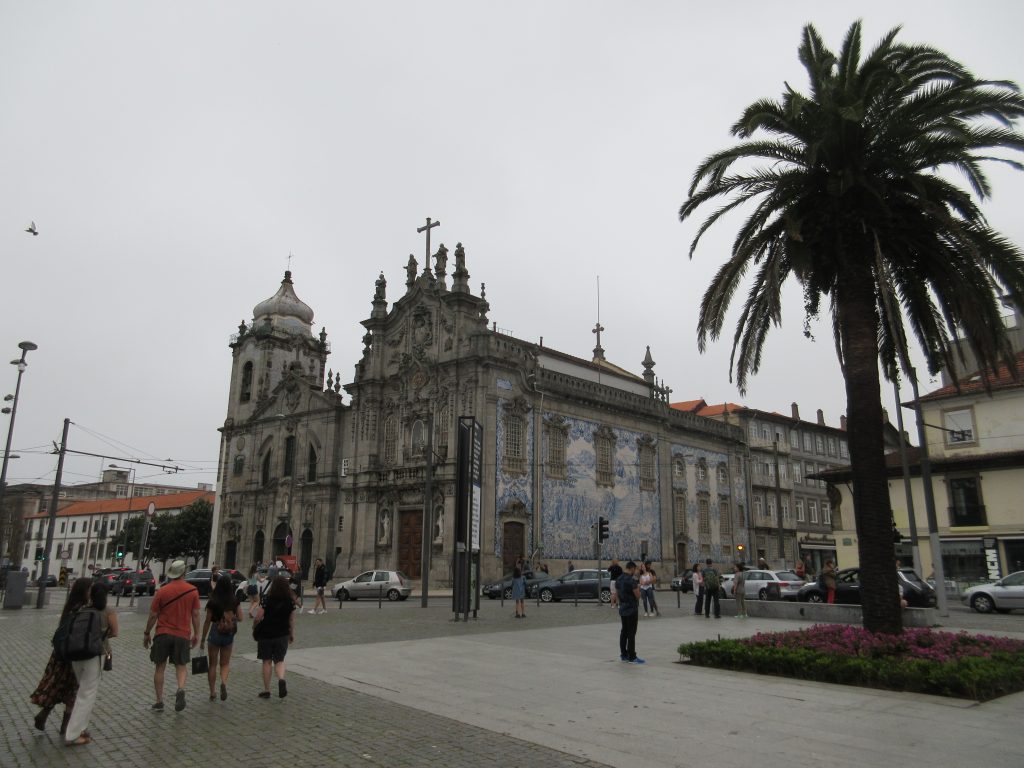 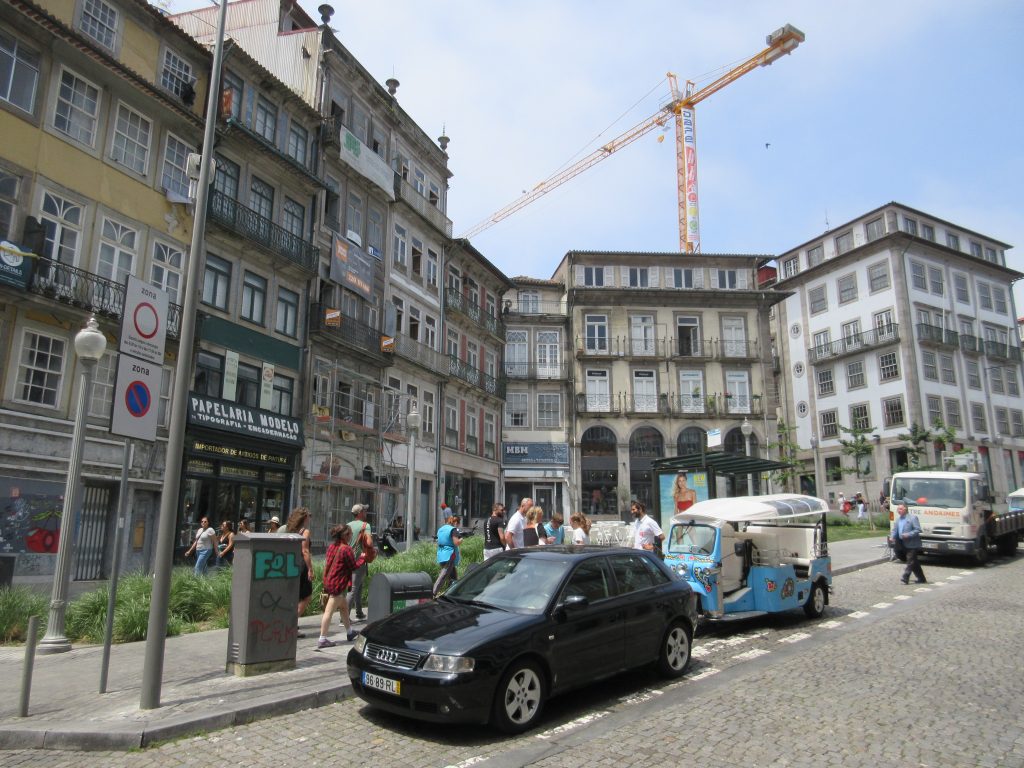 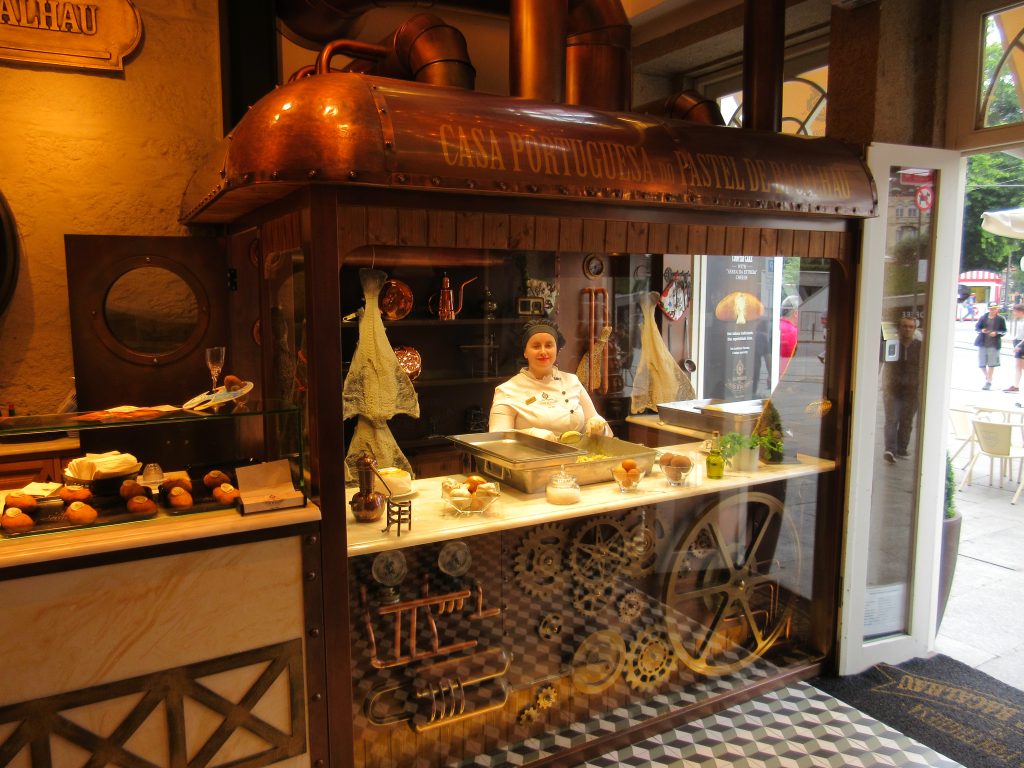 Mark and Kent in Porto

We had a day of exploring Porto by taking a couple of “free” city tours. The concept of free is a little misleading. What they really mean is that you take the tour with a local guide and when the tour is over you tip the guide the amount that you feel the tour was worth. The tours lasted about three hours each.

The morning tour we took was with a very perky guide by the name of Patricia. She took us on a tour of the oldest historic portion of the city that runs between the river and the main square. We visited the train station, the cathedral square, some very narrow streets located on steep hillsides, the flower street where folks used to decorate their homes with blooming flowers, the bookstore that inspired the bookstore in the Harry Potter films and more.

The spot where the tour left us off was at a local restaurant called the Casa Portuguesa do Pastel de Bacalhau where we had our lunch. This restaurant sells codfish cakes formed in the shape of an elongated egg and filled with cheese from Serra da Estrela. The fishcakes are made with finely flaked fish, potatoes, herbs and stuffed with a brie like cheese before being deep fried. They serve them with a local white port wine from the Sandeman Winery. The restaurant is built on three floors. The first floor is where they prepare the food, the second floor is a loft of sorts with art and the third floor, where we ate, was a library room. It was an interesting experience but the codfish cakes were not especially delicious or something that I would rush back for.

After lunch we took a walk through the nearby photography museum built in an old prison. The museum shows the history of photography equipment like cameras rather than the actual photographs. They have very vintage cameras made from wooden boxes with glass plates up to present day cameras. There was a photo exhibit of Freda Kahlo’s paintings, but we passed on that.

After the visit in the photography museum we headed back to the main square for a second tour of the city with a local guide about 4:30PM. The second tour we took included the newer portions of the city built in the 20th century. This tour included some of the buildings on the shopping avenue called Santa Catarina, the hospital, the university area, the city hall and war monuments. After the tour we had a quick bite in a restaurant near the waterfront and returned to the hotel to bed.