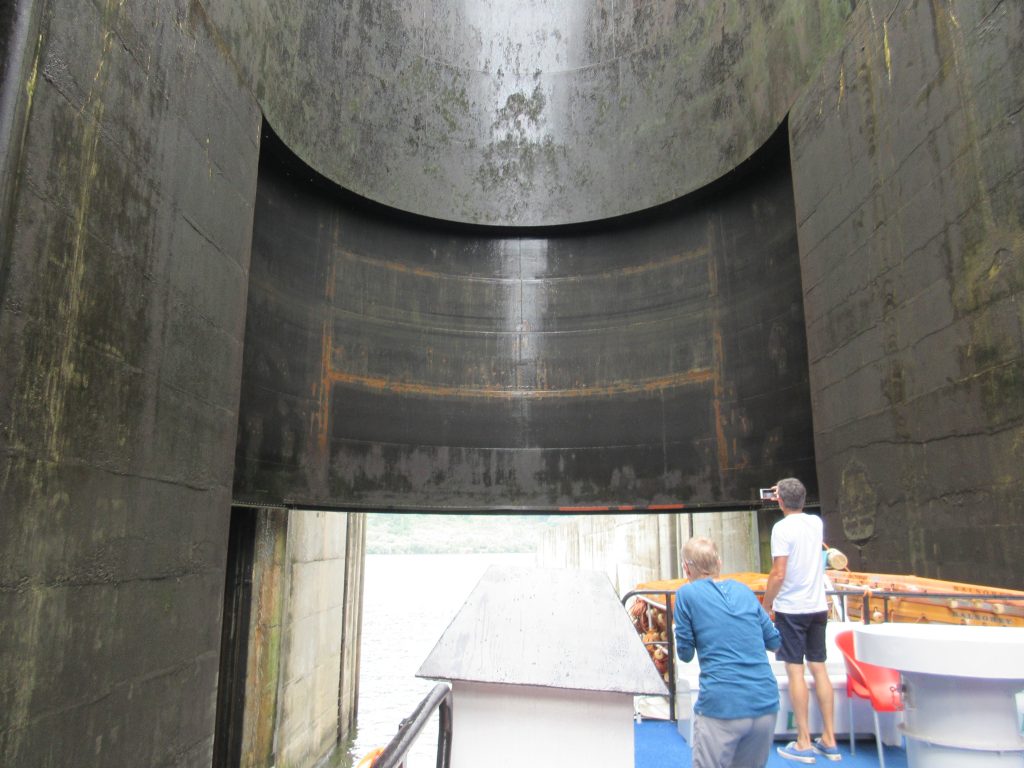 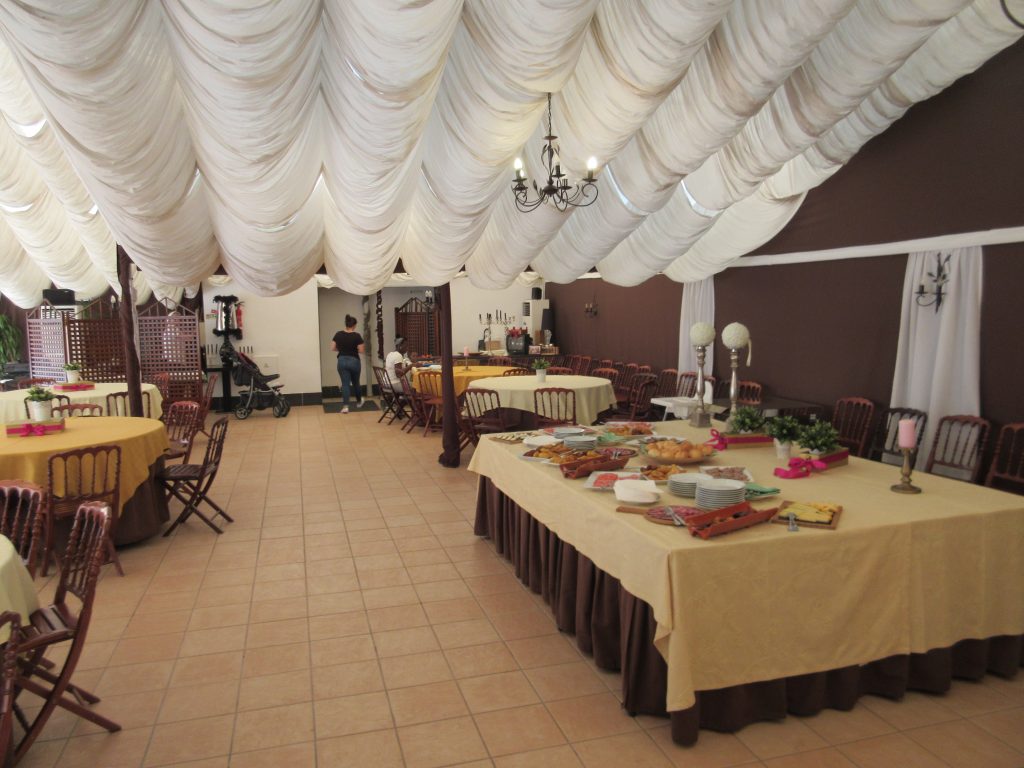 On this day we took an eight-hour cruise from Porto on the Douro River to the town of Regua in the Douro Valley where they grow much of the wine grapes and produce the port wine for which Porto is famous. Our cruise started with a breakfast of coffee, orange juice, bread rolls with jam and pastries. We had all had breakfast in the hotel so we were not particularly hungry.

The ship was a fairly small wooden vessel with a lower deck with a kitchen, dining area and bathrooms. The next deck up featured another dining room with booth seating where we ate and a small outside area where they had a bar. The upper deck was an observation deck with plastic chairs.

The weather was gray and drizzly when we started the cruise but later cleared and by the time we reached our destination it was sunny and quite warm. At lunch time they served a lunch of roasted pork, roasted potatoes, shredded steamed cabbage and carrots, wine, coffee and a cheesecake like dessert with fresh berries.

The ship had to transit two locks to reach our destination. One of the locks is the highest lock in all of Europe and is about 100 feet tall. The scenery along the river is very beautiful with the river at the bottom of steep valleys of terraced grape vineyards. We passed many small towns and villages with scattered tiled roofed homes on the shores and nestled in the hills. By the time we reached our destination folks were growing tired of the long voyage and were happy to be disembarking.

Once we reached the town of Regua we were escorted to a winery event space where we were presented with a buffet of local delicacies, wine, water and soft drinks. Among the delicacies was the local tripe dish and another dish that included many animal body parts that we would not typically eat, like parts of the stomach, gizzards, organs and more. The taste was not bad but not particularly good.

After the late afternoon break we headed to the train station for our trip back to Porto. The train ride took about two-hours much of the trip we traveled along the Douro River banks which was quite beautiful in the evening sunlight.  Kent chatted up two young men who worked on another river cruise company.  They seemed eager to share their life experiences with us.  Upon return to town and the hotel, we collapsed into bed.