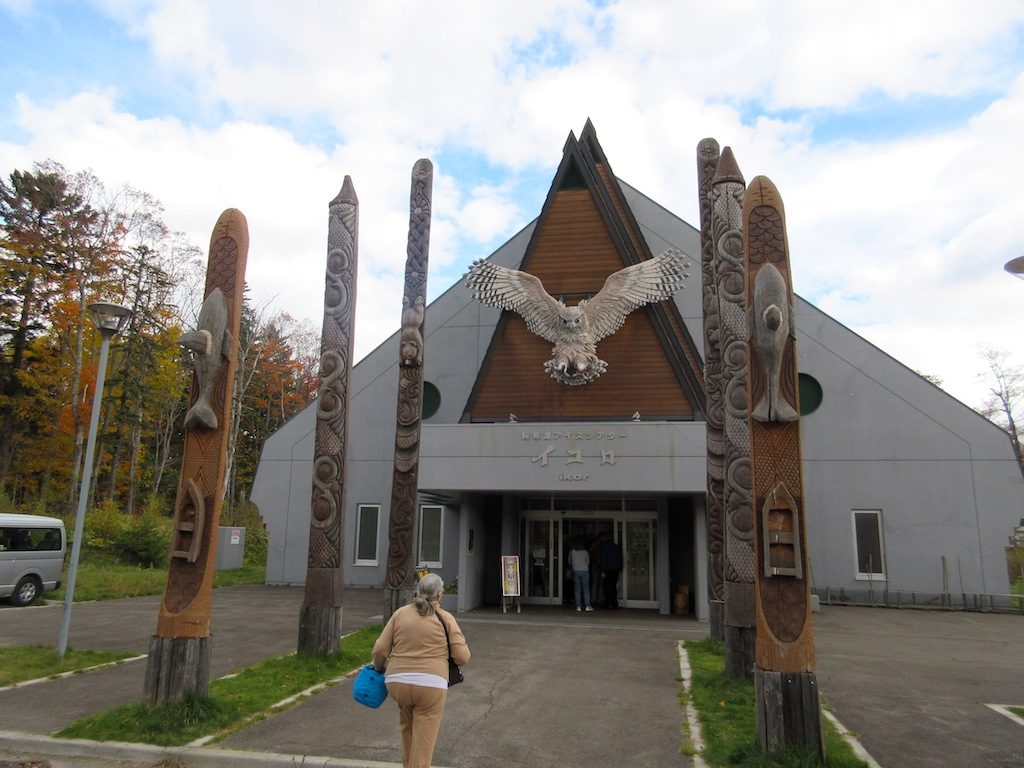 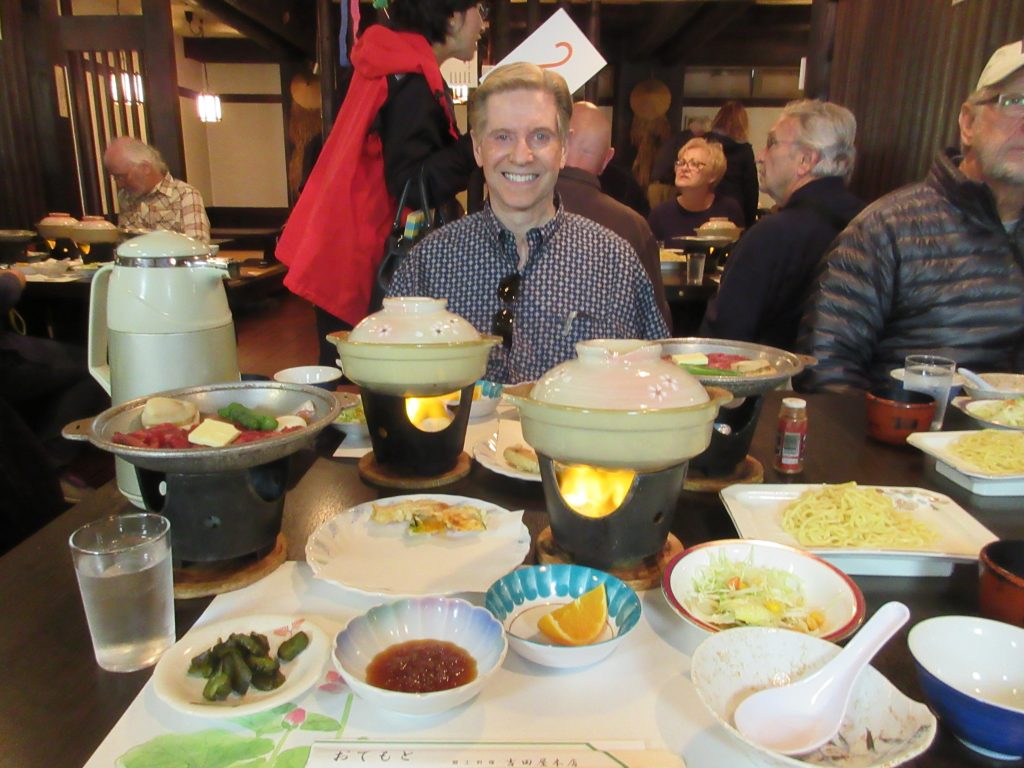 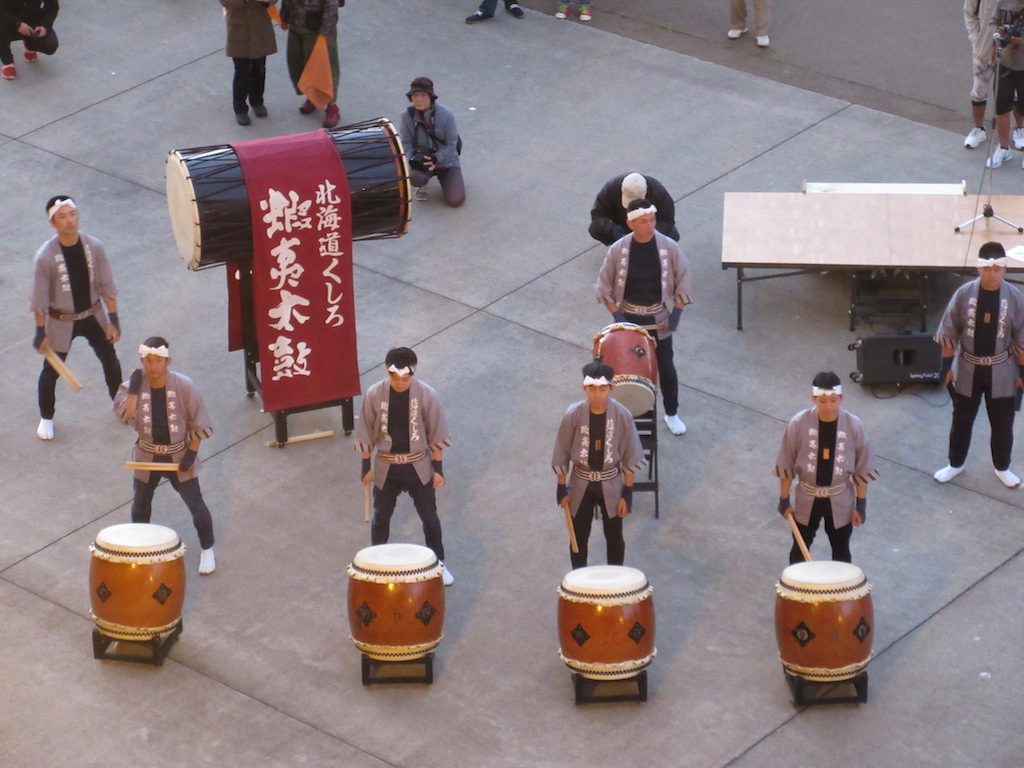 Japan is a stratovolcanic archipelago consisting of 6,852 islands. The four largestislands are Hokkaido, Honshu, Kyushu and Shikoku, along with the Ryukyu Island Chain, which includes Okinawa. The country is divided into 47 prefectures in 8 regions and has a population of 126 million, the world’s tenth largest. The Greater Tokyo Area, which includes Tokyo and several surrounding prefectures, is the world’s largest metropolitan area with over 35 million residents and the world’s largest urban economy. With a varied and vibrant cultural history dating back to the Late Stone Age, Japan is a living mix of the modern and the traditional.

Kushiro with about 180,000 inhabitants is the capital city and the most populous city on Japan’s northernmost island of Hokkaido. It is situated along the banks and the mouth of the Kushiro River. The natural harbor has been transformed into a large commercial and fishing port. It is known for its large Kushiro Marsh, home to deer, sea eagles and Japanese cranes.

Our tour on this day was called “Lake Akan and Ainu Village.”  We visited Ainu Kotan, where we saw rows of shops selling wooden knick-knacks and other locally made handicrafts. The wood carvings included key chains, bears with salmon in their mouths, spoons, wooden cups, wall carvings and so much more. The more traditional-looking carvings were natural wood while many have now begun painting the statues in bright colors to look flashier. This village of Ainu people has a population of about 130 people.

The local Ainu people have traditional Ainu dances that have been designated an important intangible cultural asset. We saw some of these dances at the Ikoro Theater including the Ainu traditional costumes. They have a variety of many dances that are simplistic in style and represent the motion of the cranes, blessings for food, the taming of wild horses, hope for a fruitful harvest and many more. The costumes are made from heavy quilted fabrics due to the cold weather here and are colorful with bold graphic designs.

We stopped for lunch at a local restaurant that served a traditional Japanese lunch. Each place setting had two ceramic hot pots (similar to a fondue pot) with candles underneath and a pot or bowl on top. The heat of the candles heated the soup broth on one side and the second bowl cooked the raw fish and beef on the table in front of you. There was a dish with noodles that you added to your stock pot with bok choy and a chicken like broth for the soup. The meat pan had a scallop, a piece of salmon, a dumpling of some type, small pieces of beef and a couple of pieces of asparagus for color. They served a variety of tempura vegetables like bell peppers, sweet potato, mushroom and carrot. There was a small dish with finely sliced pickles. There was a small dish of shredded greens with a dressing, a small dish with a wedge of orange for dessert, a small dish with a dipping sauce for the meat, a small dish with a sesame sauce for flavoring the noodles once you ate the soup broth. They did offer people the choice of western silverware but Kent and I chose to use the traditional chopsticks.

After lunch we walked to Lake Akan, the beautiful crater lake at the Akan National Park. The lake is quite large in size with ferry boats and speed boats used to transport people from one town to another around the lake. The lake is a tourist destination where people come to relax and enjoy the local beauty. Many hotels overlook the lake and restaurants; gift shops and ice cream shops abound.

Next, we visited the Kushiro Marshland Observatory. As the largest wetland in Japan, Kushiro has been placed on the Ramsar Convention list of important wetlands. The marsh extends across the Kushiro Plain and is fed by the waters of the Kushirogawa River. Reeds grow in the wettest areas, which are surrounded by grasslands, encircled in turn by dense stands of alder. Approximately 600 plant species have been identified in the park. It offers habitats for many birds, including the endangered Japanese crane and migratory birds that stop here to rest.

We found the island of Hokkaido to be much more rural and beautiful than we expected. There was very little development on the island and little traffic anywhere we traveled. The fall leaves were beginning to turn bright colors of yellows, reds, golds and browns, particularly with the Japanese maple trees.  It looked a lot like North America with very little visible evidence of Japanese architecture.

Our guide for our tour was a dentist by profession, who lived in Sapporo, about four hours away by train. She was very excited to show us photos of her wedding kimono, her husband and children who are now in their 20’s. She also asked permission to sing us a couple of songs which she was very proud to sing for us.

For our sail-away party, the locals had come out to perform for us pier side. There was a 69-year-old gentleman who sang a variety of English songs and he had a really great voice. There was a group of seven young men who played these huge drums and many locals who waved flags and wished us well.

The evening’s entertainment was a variety show with pianist David Howart and Inna Tolstova, the Russian violinist.