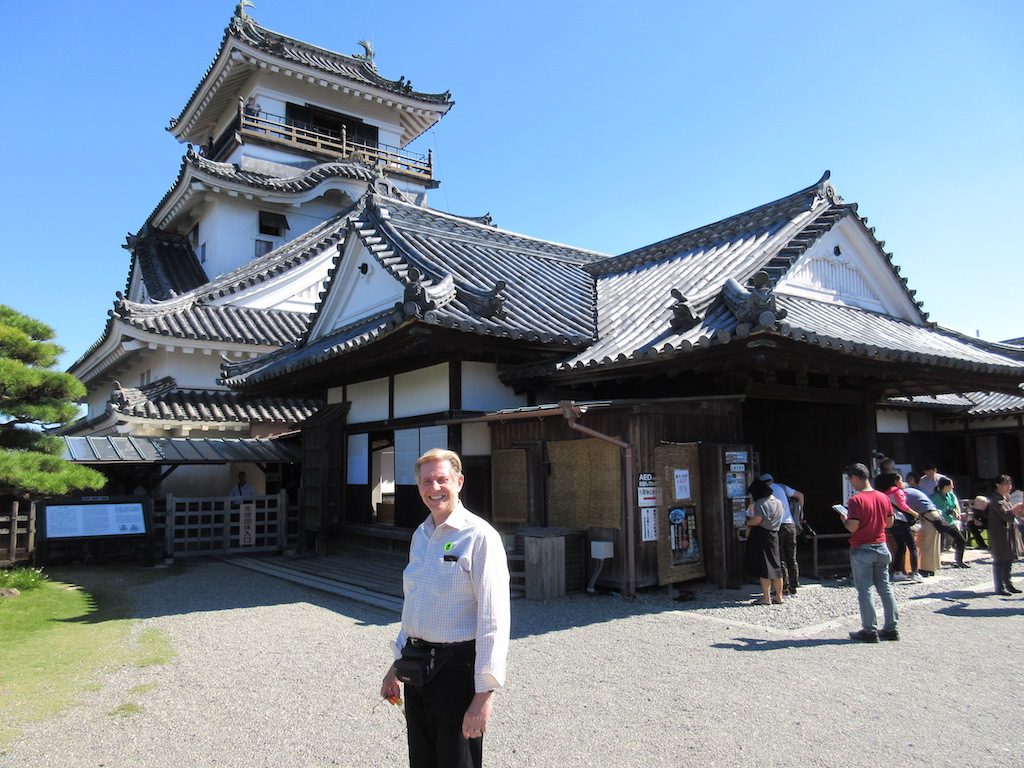 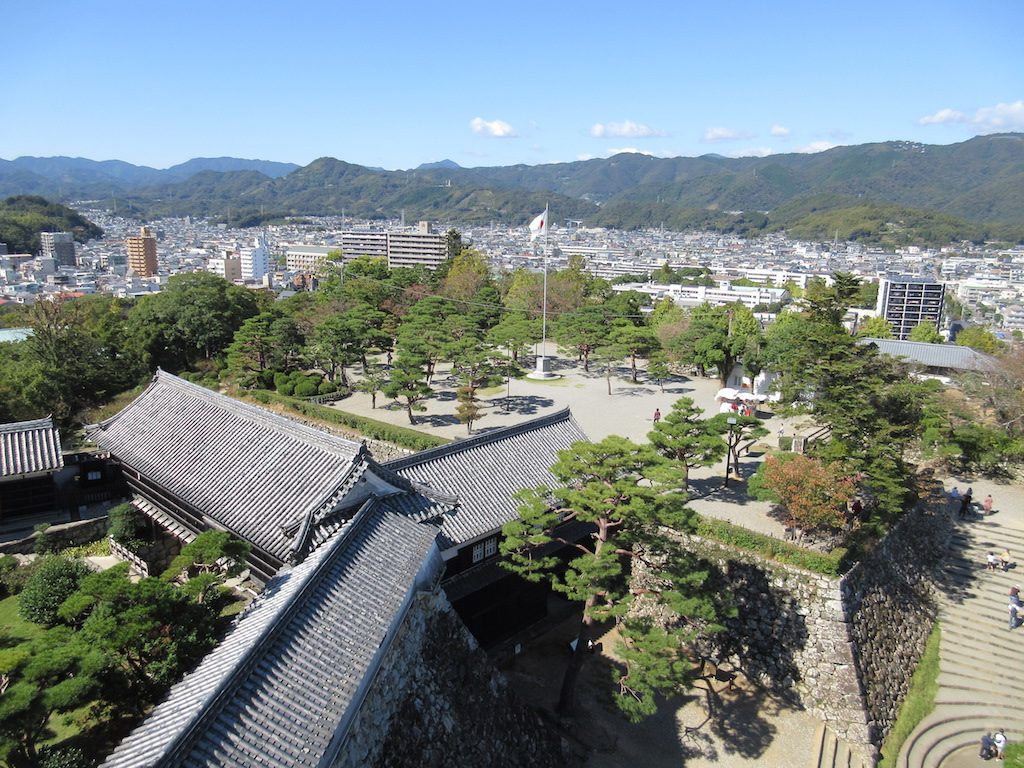 View from the top of Kochi Castle 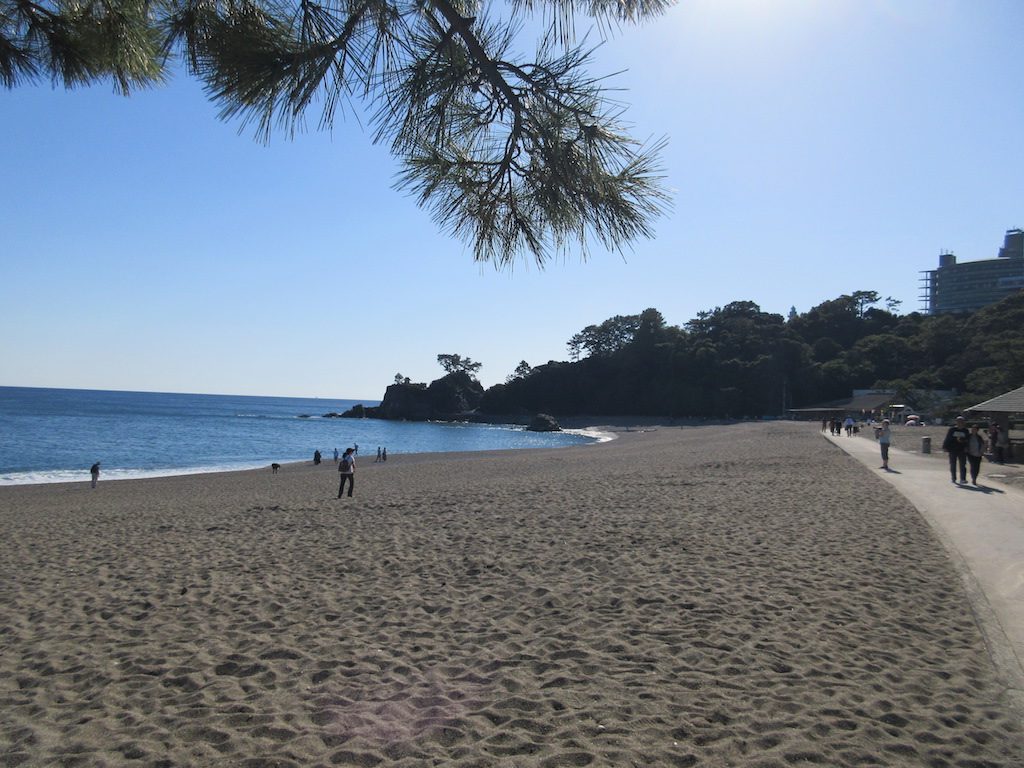 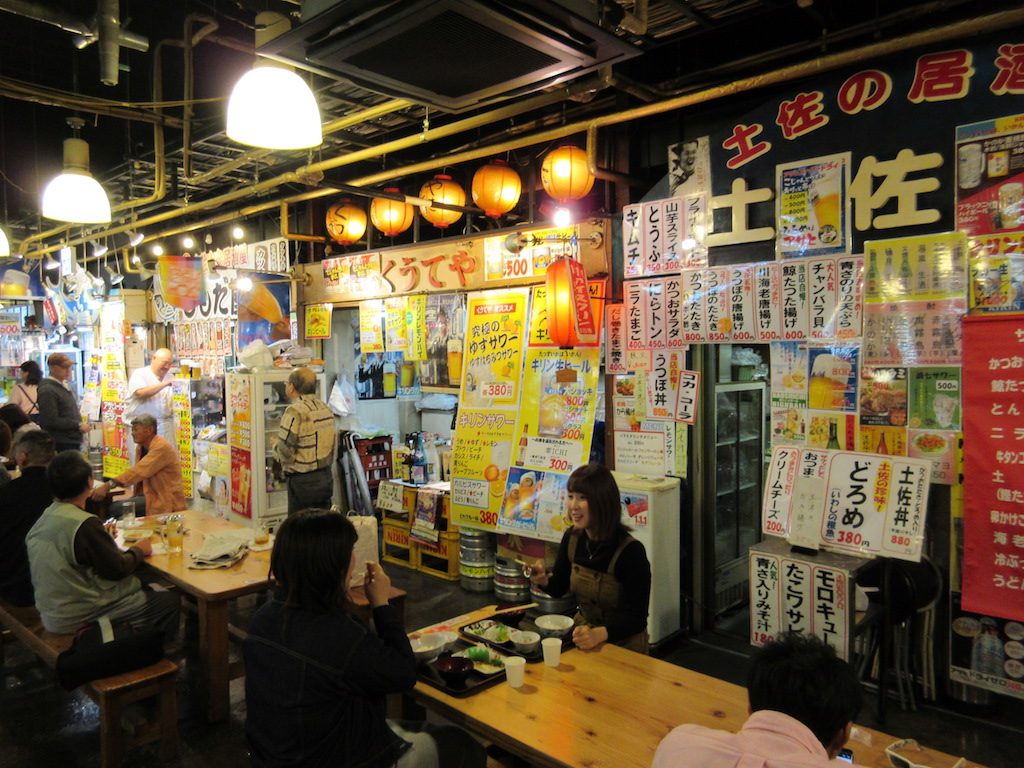 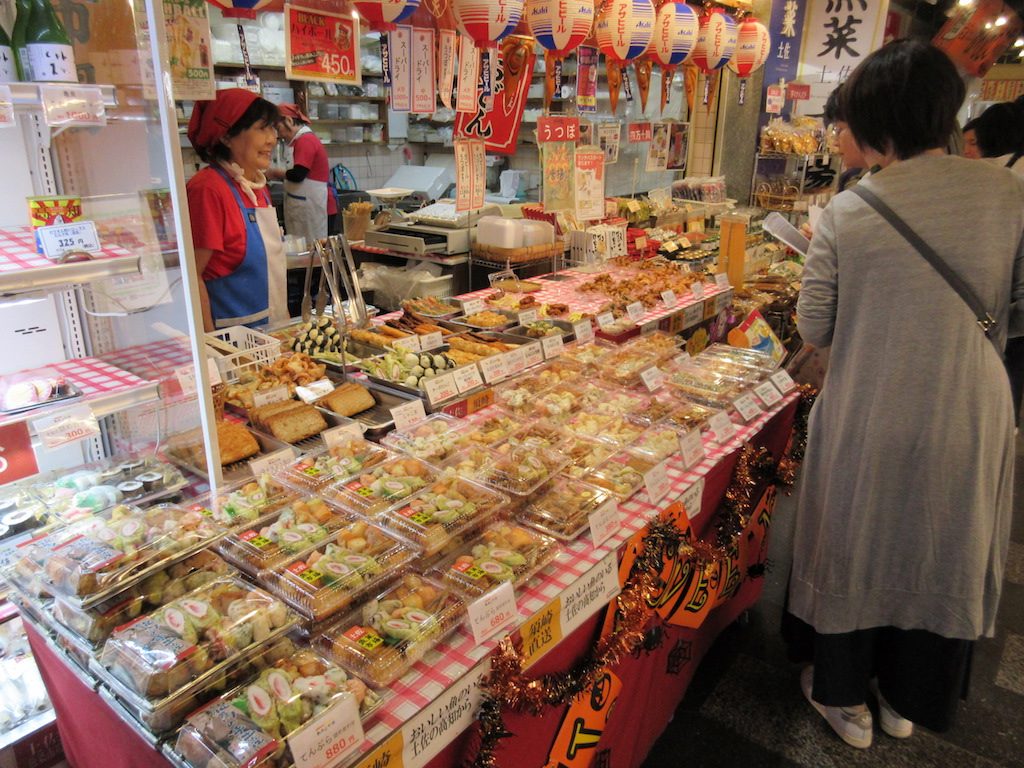 The weather on this day was absolutely perfect with clear skies and temperatures in 70’s.

Kochi is located on the island of Shikoku and has a population of about 335,000 people. The city is exposed to the Pacific Ocean making it the most typhoon prone major city in Japan. It has twice received over 20 inches of rain in a single day from typhoons.

The tour we took on this day was called “Kochi Castle & Katsurahama Beach.”  Our first stop of the day was at the Kochi Castle Museum of History housed in a very modern building across the street from the Kochi Castle. The museum houses a collection of some 67,000 historical materials and artworks. We visited the third floor of the museum where they had a variety of artworks and information on famous people from the Kochi Prefecture during the mid 19th-Centruy.

Kochi Castle, the city’s most famed landmark, dominates your views from any vantage point in town. Built by Yamanouchi Kazutoyo following the Battle of Sekigahara in 1600, the massive castle took more than 10 years to construct. In 1727, some of the fortress was destroyed in a fire, but later, in 1753, it was reconstructed with the “donjon” and the splendid Otemon Gate remaining as originally constructed. Kochi Castle has undergone several preservations over the years, but it has retained its original Edo period architecture and the integrity of its architectural style. The main tower of the castle was quite spectacular, all built of wood and six stories tall. We climbed the steps of interior staircases to the top to enjoy the great panoramic views over the city. Inside, many of the ancient rooms are not accessible to the public, but we were able to visit a small museum in the castle with a small collection of cultural artifacts.

We passed the beautifully-restored Tsumemon Gate that connects the second citadel of the castle to its inner sanctum.  We then visited the honmaru, or wall or ring of defense, preserved in its original entirety, with unique holes for guns, pouring hot oil and arrows.  All of the structures in the honmaru are designated as Japan’s Important Cultural Properties and house both local and historical treasures. Back outside, we strolled the castle grounds, now a popular public park, dotted with magnificent statues of the Yamanouchi family.

A 30-minute scenic drive took in some of Kochi’s popular sights, including the Harimaya Bridge that is the subject of a popular folksong, and the Harimayabashi Shopping District, which sports a wooden arcade and a large mechanical clock. At the shoreline we visited our next destination, Katsurahama Beach. Famous for moon-viewing parties, the beach is home to a monument commemorating Sakamoto Ryoma, one of the founding fathers of modern Japan. He is credited with spearheading a bloodless revolution to transform feudal Japan into a modernized, unified nation.

We were given time to explore the picturesque beach area. In addition to the beautiful scenery and pleasant walking paths, there was a small aquarium, a small shrine and other attractions that the locals come to enjoy.

We had a four-course dinner in the Italian specialty restaurant onboard called the Canaletto with some of the folks from our travel agency. They invited all of their customers to dine on a variety of evenings and ours was on this night. Following dinner, we enjoyed Australian Sony music recording artist Patrick Roberts in a show called Prince of the Violin. He was accompanied by the Amsterdam show band and played a variety of music form Frank Sinatra to the Beatles and Les Misérables to Led Zeppelin.