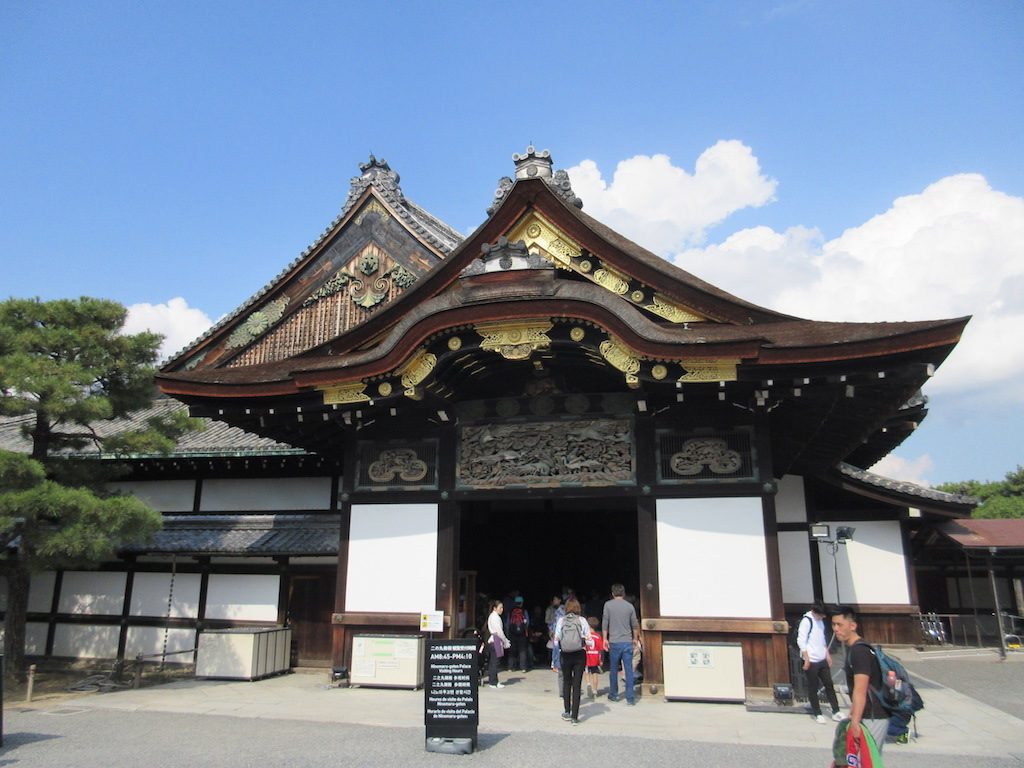 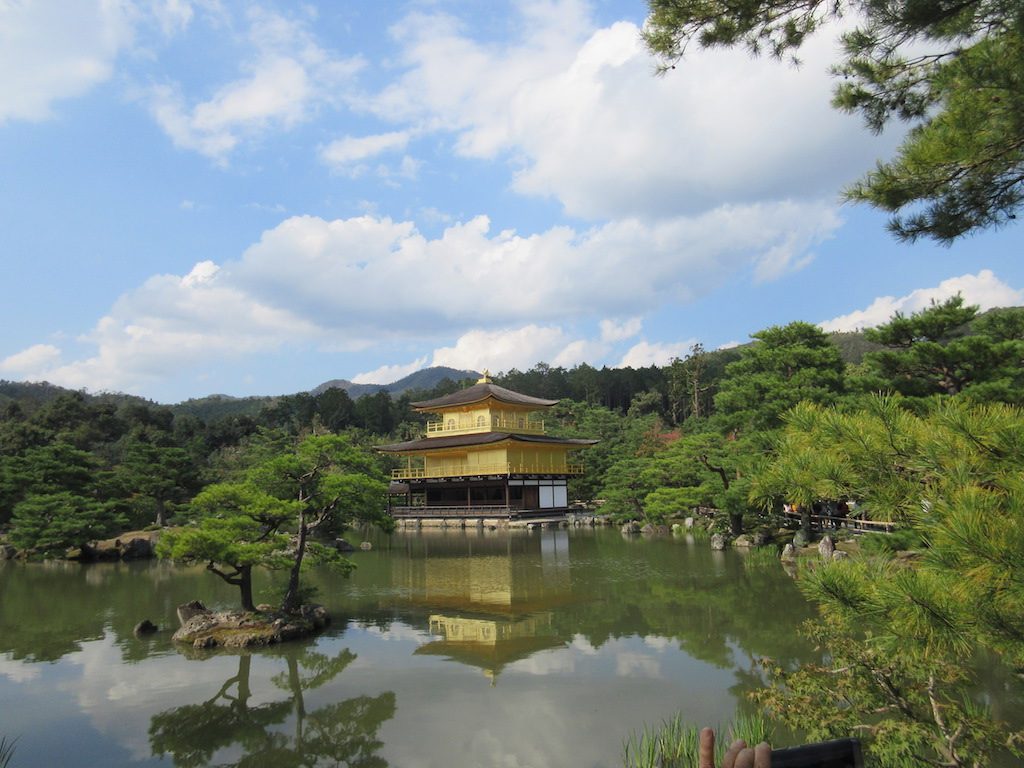 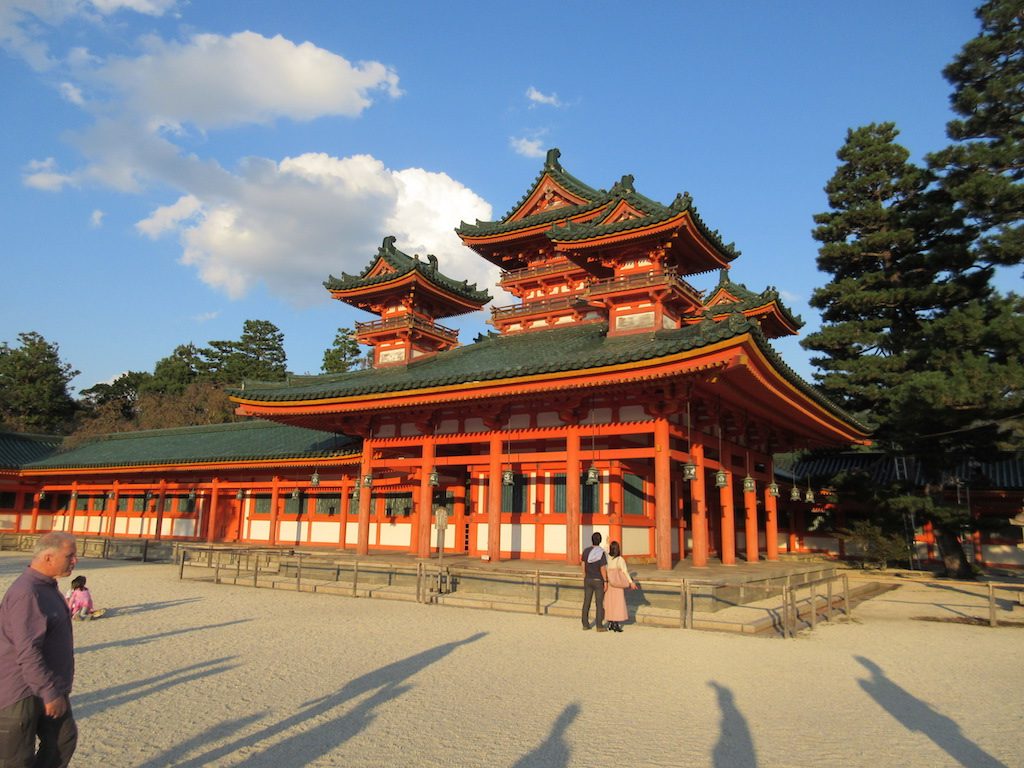 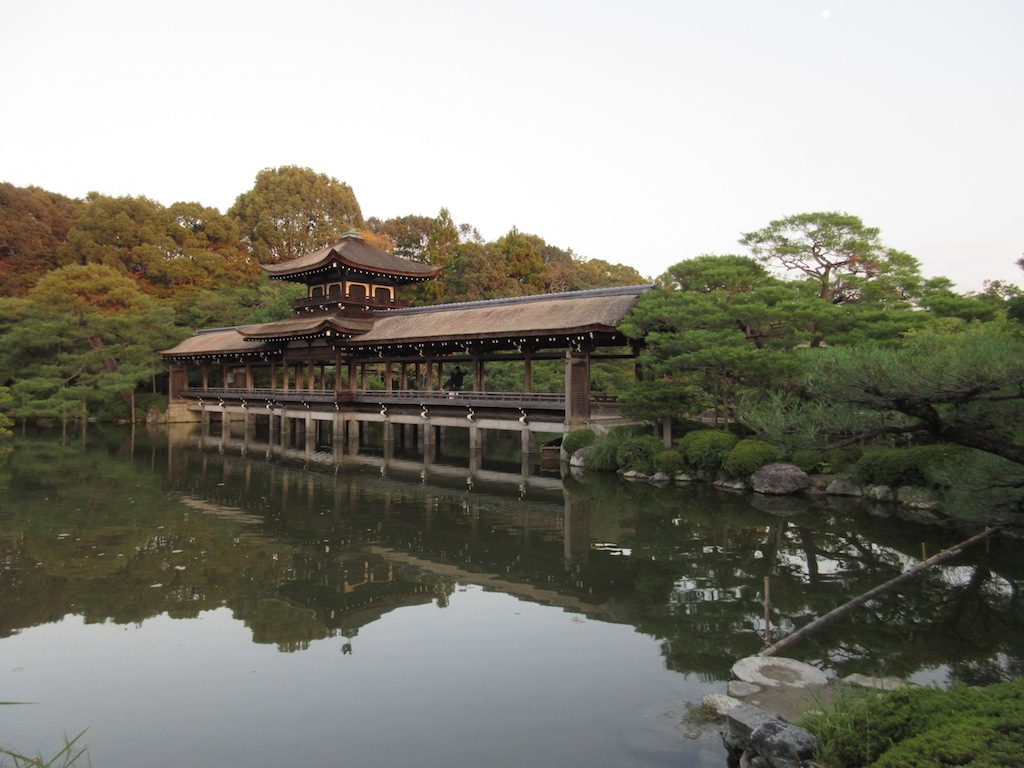 Kobe is located on the southern side of the main island of Honshu and is the sixth largest city in Japan with a population of about 1.5 million. Kobe was one of the cities to open trade with the West following the 1853 end of the policy of seclusion and is known as a nuclear-free zone. In 1995 the Great Hanshin earthquake measuring 6.9 on the Richter Scale left more than 6,000 dead and 212,000 homeless. Large parts of the city and the port were destroyed diminishing much of Kobe’s prominence as a port city, but it remains Japan’s fourth busiest container port. The city is the point of origin and namesake of Kobe beef.

Here we took a tour called “Kyoto, the Ancient Capital”. Kyoto has a profound history and rich tradition representing the soul of Japan. Kyoto was the capital of Japan before Tokyo was the capital city. Our tour began with a 90-minute bus ride from Kobe to the ancient capital of Kyoto where we set out to discover some of Japan’s best-known sights. Our first stop on the tour was the ostentatious 1603 Nijo-jo Castle, complete with “nightingale” floors that were designed to squeak to warn the inhabitants of intruders. The castle was completed on orders of Tokugawa Ieyasu who unified Japan after a long period of civil war, and ushered in a period of over 260 years of peace and prosperity. The government that Ieyasu established lasted for 15 generations and was one of the longest periods of stability and prosperity in Japanese history. In 1603 Ieyasu came to Nijo-jo. Priot to that he was appointed Shogun following the Battle of Sekigahara in 1600. The Nijo-jo Castle served as his Kyoto residence on the rare occasions when he visited the Imperial Capital. When the Shogun was not in residence the Nijo Zaiban samurai guards, who were dispatched from Edo (Now Tokyo), were garrisoned at the castle. In 1867 the political rule by the Shogun came to an end and the power was restored to the Emperor.

The castle was granted to the City of Kyoto in 1939, was registered on the UNESCO Heritage List in 1994, and in 2011, underwent full-scale restorations.

The Ninomaru-goten Palace (within the Castle) was absolutely beautiful with six connected buildings and was within the larger walled compound of the castle and gardens. We were required to remove our shoes for the tour of the palace to protect the floors and it is in excellent condition. The palace contains 3,600 wall paintings dating back to 1626 although many have been replaced with copies and the originals moved to museums for safe keeping. The floors of each room are covered with finely woven Japanese mats while the ceilings and walls are elaborately painted. There are also many finely carved wooden transoms between rooms.

For lunch we were taken to a very large restaurant called the Fortune Garden Kyoto Restaurant within what was once a hotel built in the early 1900’s. Here, on the third floor we were treated to a lovely buffet lunch of grilled vegetables, chicken, pork belly, salads, desserts, and more. At the rear of the restaurant there was a secret garden of sorts with a pond filled with large all white koi fish. The garden featured very tall, thick bamboo stocks and flowering ground flowers.

Next, was the Kinkaku-ji Temple, originally built in 1397 as a retirement dwelling for Shogun Yoshimitsu, then reconstructed in 1955, faithful to the 14th-century design. This Zen Bhuddist Temple is said to contain relics of Buddha. Elaborately covered in 22 karat gold foil lends the structure an almost-gaudy appearance, as well as being appropriate for its name — the Golden Pavilion. The temple is built on a lake within a stunning garden filled with Japanese maple trees, meticulously manicured pine trees and many flowers and shrubs.

Kyoto’s 1,100th birthday was celebrated with the construction of the Heian Shrine. This temple was unlike any others we have seen in that it was painted in a Chinese style with a bright red/orange color and a green tile roof. Surrounded by gardens, this two-thirds scale model of the Heian Imperial Palace features a Chinese-style covered bridge. The gardens were divided into four sections representing the East, Central, South and West. The main features of the gardens are the cherry blossom trees although this was not time for them to bloom so the trees only had bare branches. The gardens included many water features, streams and lakes.

The evening’s entertainment was Lifford Shillingford who was a semi-finalist on this year’s Britain’s Got Talent. This was only his second cruise so he was a bit nervous and bouncing all over the stage but there is no doubt that he has a great voice and can sing. His selection of songs were mostly soul songs.