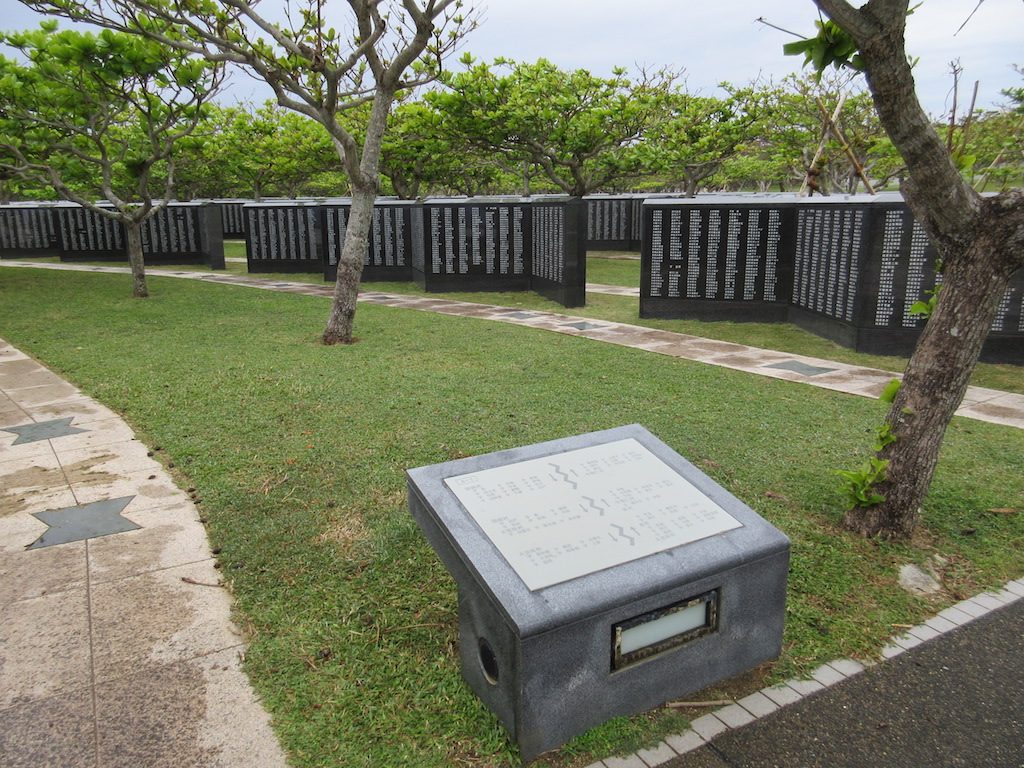 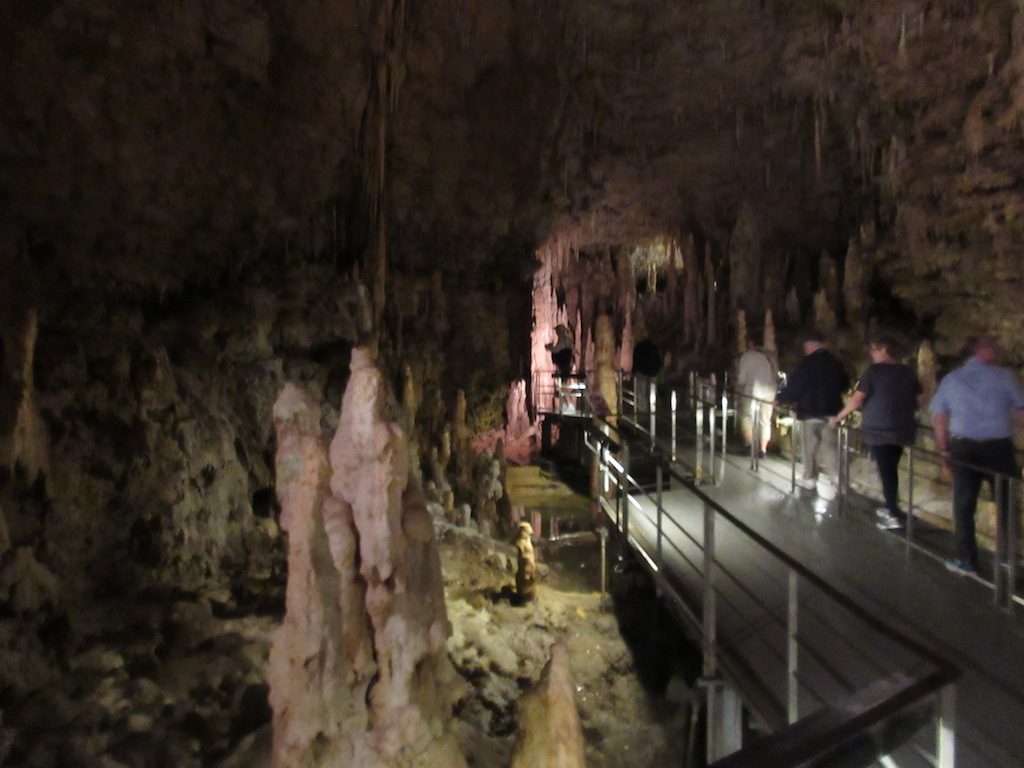 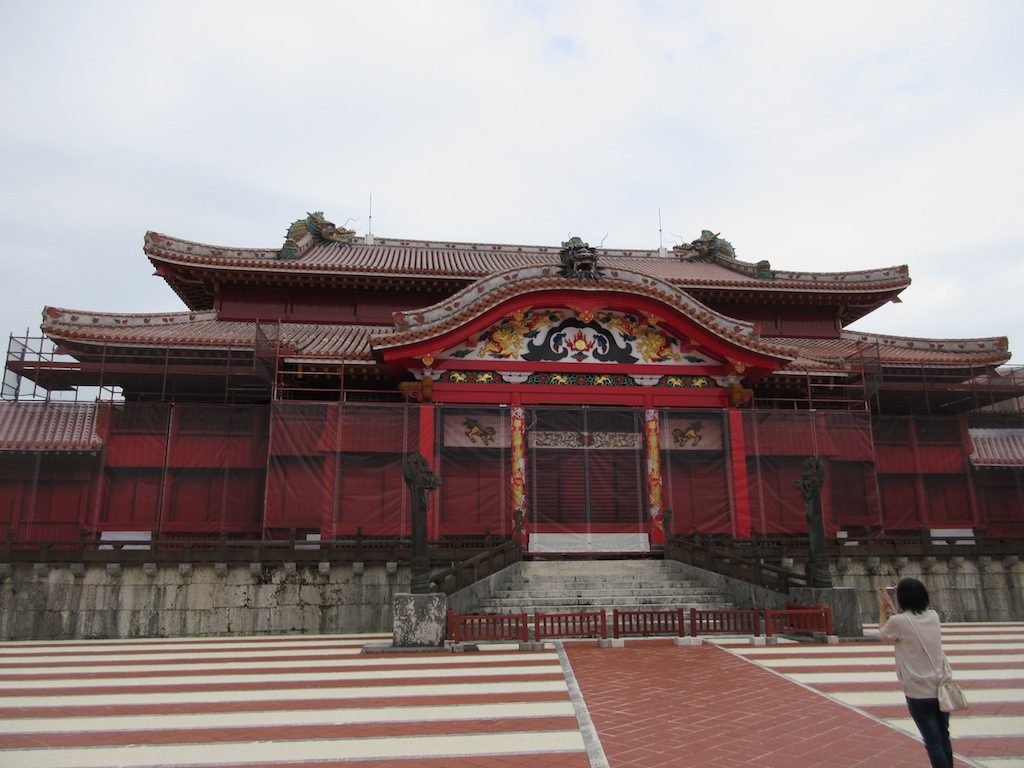 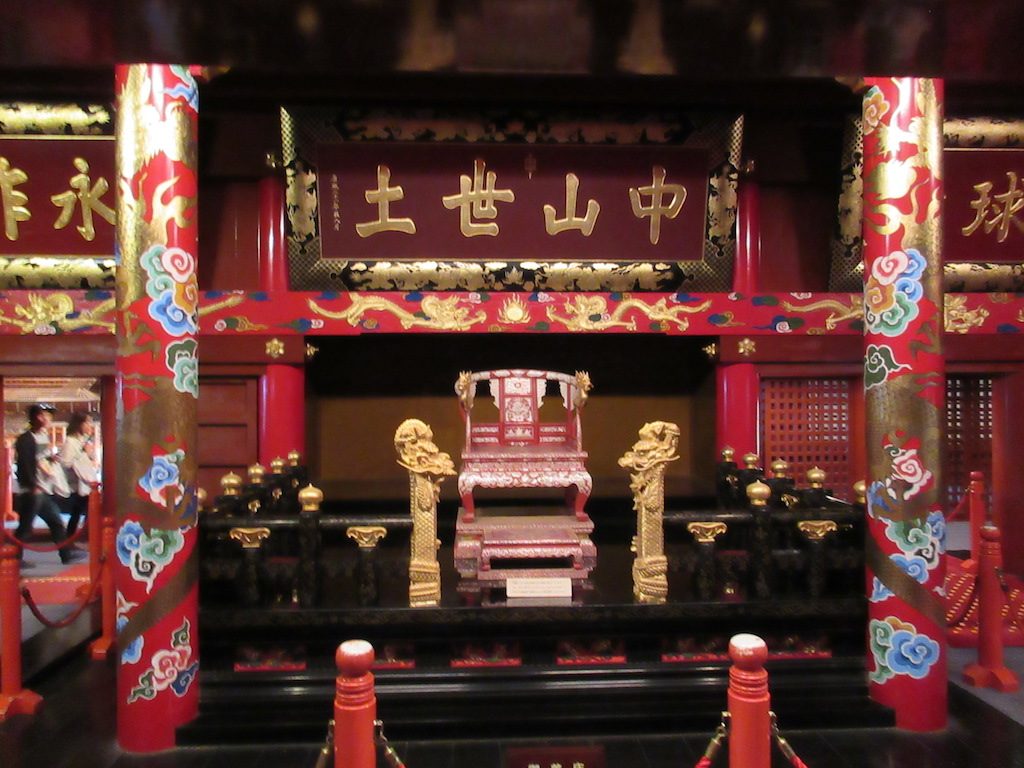 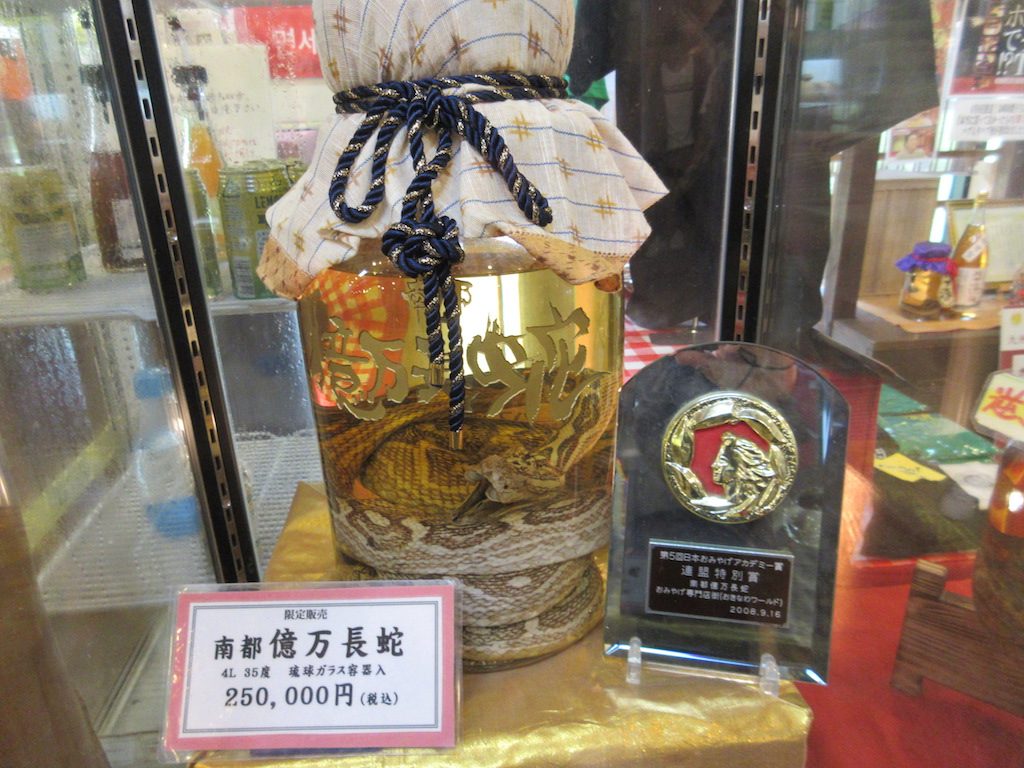 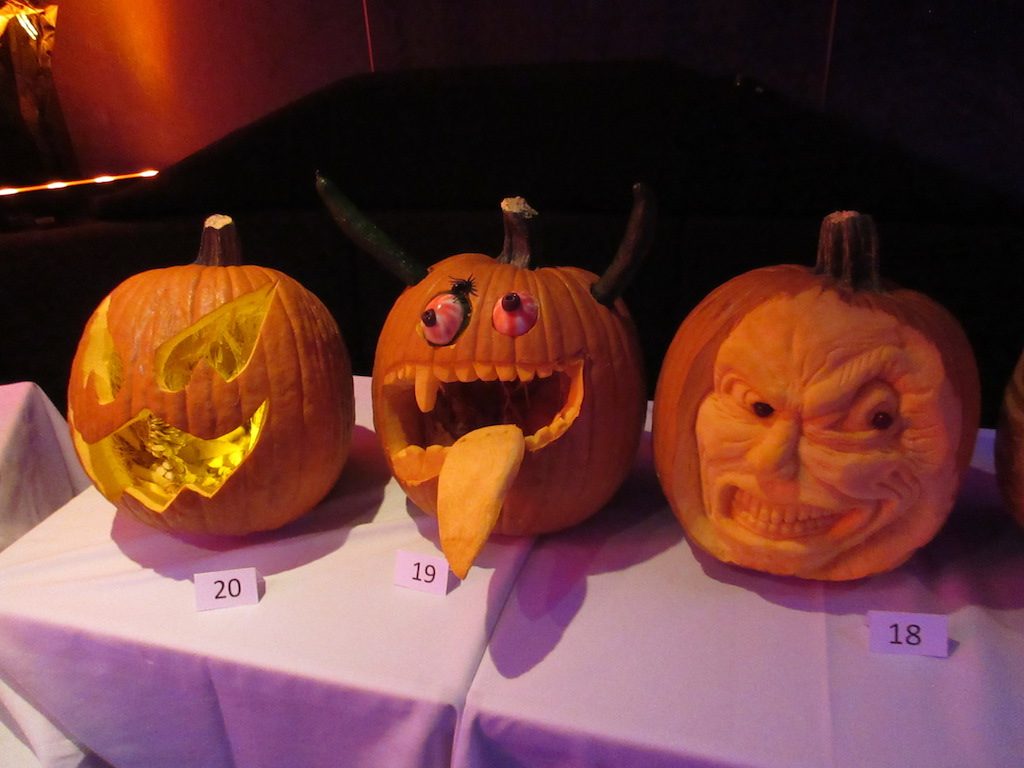 Naha is the capital city of Okinawa Prefecture with a population of about 325,000 inhabitants. Naha is located on the East China Sea on the southern part of Okinawa Island. Naha suffered extensive damage during World War II and most of the city had to be rebuilt after the war. In 1987 the US military released a large parcel of land to the Japanese that had been used for US Military housing. This land has now been developed as the new metropolitan center with many upscale western brand fashion boutiques, restaurants, movie theaters and shopping centers.

We took a tour titled “Okinawa In-Depth.”  We learned about Okinawa’s embattled past with a visit to the Okinawa Prefectural Peace Memorial Museum. The museum is very located in a very large building overlooking a memorial garden. The exhibits were well presented and many included English descriptions which are always helpful. In 1945, a fierce battle by the Japanese army and US forces took place on these islands—a “typhoon of steel” that lasted 90 days and decimated the island’s physical landmarks, rich cultural legacy and killed 200,000 people (More than 100,000 Civilians were killed in the battle). The Battle of Okinawa was the only ground fighting fought on Japanese soil and was also the largest-scale campaign of the Asia-Pacific War. Even Okinawa’s civilians were fully mobilized. A significant aspect of the Battle of Okinawa was the great loss of civilian life. Under the most desperate circumstances, Okinawans directly experienced the tragedy of war, and it is this experience that is at the center of the “Okinawan Heart”—the term that describes a resilient attitude towards life that the Okinawan people have developed, where personal dignity is respected above all else. Okinawans reject any acts related to war and cherish their own culture. The Cornerstone of Peace, located on the Hill of Mabuni where one of the fiercest battles took place, stands as a symbol of the tragic loss. At Memorial Park we saw the numerous black marble memorials dedicated to those who lost their lives in the Battle of Okinawa.

Next, we walked through the amazing Gyokusendo Cave, located in the Okinawa World theme park. It is a two-mile-long cave renowned for its intricate limestone formations and is the largest cave of its kind in Asia. With 900,000 stalagmites and stalactites and underground streams, the cave offers exquisite and mysterious scenery along its dimly lit path. The entire cave is not accessible but a large section is well illuminated and has staircases and metal walkways to navigate through the cave. We have seen much more interesting caves in the world but this one may be the largest in size.

We had some free time to explore the Okinawa World Theme Park as well. Here they have a traditional crafts village housed in 100-year-old buildings that have been moved here from around the island. The village includes a blown glass studio, tie dye shop, many gift shops, a brewery and more. The theme park also has an orchard with a variety of tropical fruits like mango, papaya and pineapples.

We then made our way to a Mercure Hotel where we enjoyed a nice buffet lunch with a Halloween theme. They had labeled all of the dishes with names like blood soup, monster curry, etc. We have not seen many fresh salad bars but this hotel had a very nice fresh salad bar with fresh greens and a variety of fresh vegetables. Most of the vegetables we have had at restaurants are cooked vegetables.

We then stopped at Shurijo Castle to visit this UNESCO World Heritage Site. It shows strong Chinese architectural influence because Okinawa’s ancient Ryukyu Kingdom was a vassal state of China. The castle is a unique mixture of Japanese and Chinese styles where 19 structures originally stood within its walls. It was the residence of the King and the seat of local government until 1879, when Okinawa was made a prefecture of Japan. The castle was obliterated during the Battle of Okinawa in 1945 but, to celebrate the 20th anniversary of the return of Okinawa to Japan, the Japanese Government rebuilt Shurijo Castle. It was opened to the public in 1992. West of the castle stands the Shureimon Gate—the ancient portal used for welcoming the Chinese ambassador. The gate was rebuilt in 1958.

The castle is built around a main central square with many brightly red painted buildings. The interior of the castle, used for the king and queens living spaces, was a typical Japanese home with many sliding doors and woven mats on the floors. The public areas reserved for ceremonies and political business was very ornately decorated in bright red with gold and colored accents. A platform with the king’s ornate throne was prominently featured in one room. Another room was reserved for morning prayer, where the king and his female attendants would pray for peace and security of the Kingdom and prosperity of the royal descendants.

Lastly, we were taken to Naha’s commercial heart with a drive along Kokusai Street where we passed hotels, department stores, restaurants and theaters. We were then given some free time to stroll through the area that combines cosmopolitan flavor with genuine folk appeal. We purchased a few boxes of cookies for our cabin stewards and a young lady named Amie who works at the coffee bar in the library that is always friendly with us and gives us chocolates.

The dining room was decked out in black and orange for Halloween and the kitchen staff had carved about twenty pumpkins for the occasion. Many guests were dressed in costumes making for a festive occasion. After dinner there was a Halloween party in the main show lounge. They had decorated the room with many scary creatures, lots of colorful lights and the band that normally plays in the Crow’s Nest bar was performing on stage. They had a costume competition, folks voted for their favorite carved pumpkin and there was dancing. Ana Maria and Sandra, who live in our building in San Diego and are onboard, won the prize for most creative costumes. Sandra had made them each a cat costume which was very cute and handmade as compared to the store-bought costumes that most folks wore.