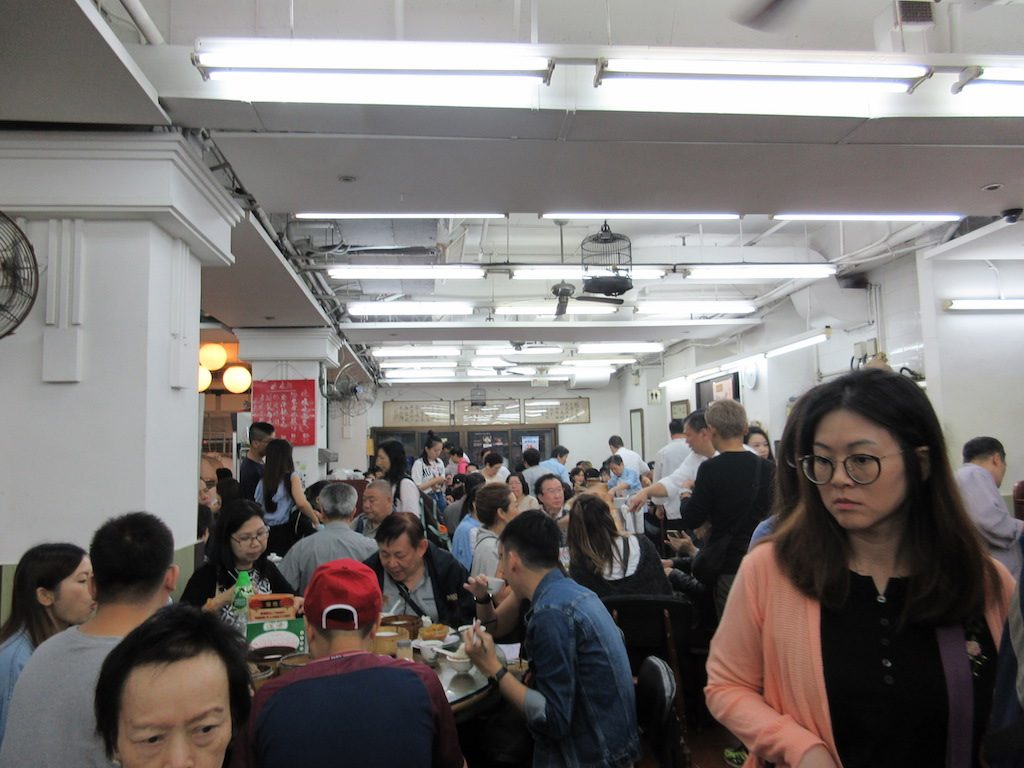 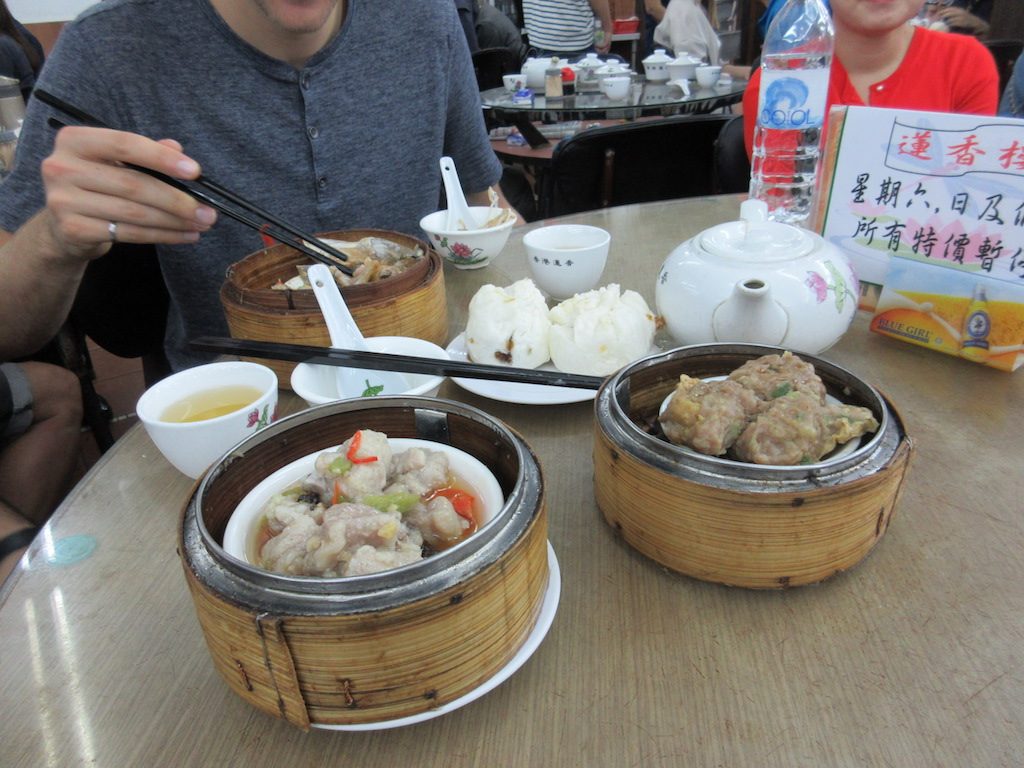 Wei and Kent at the Bakery 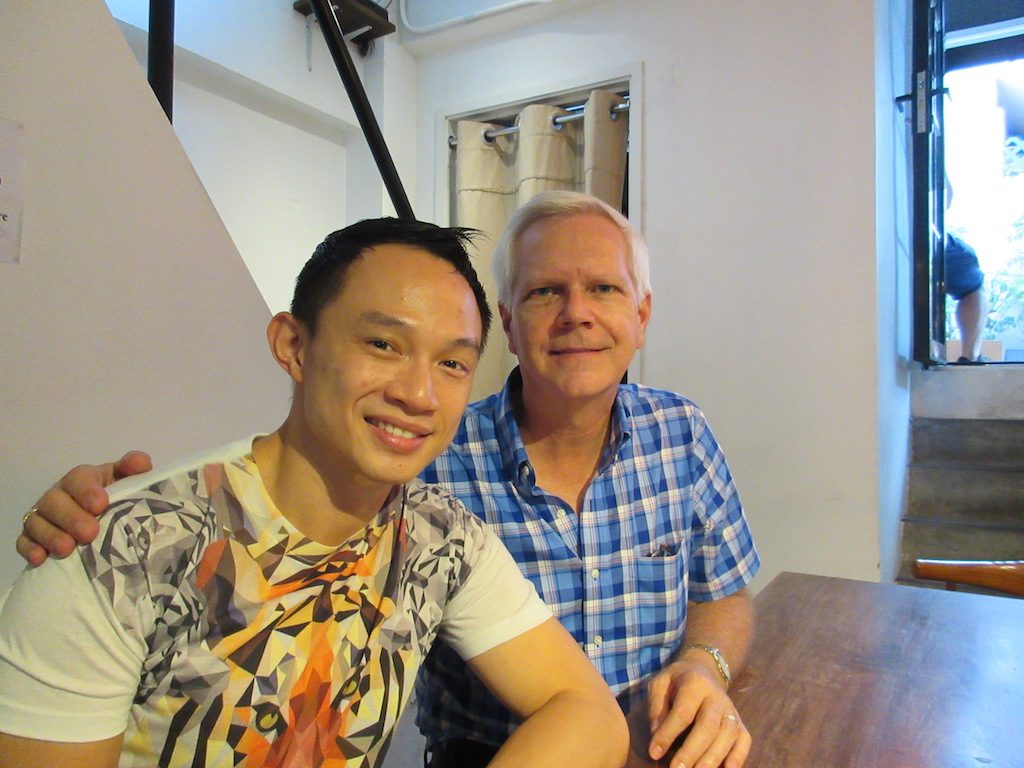 Wei and Mark at the Tea Shop

We arrived in Hong Kong before 7:00am to cloudy skies and an expected high of 81 degrees. On our last visit to Hong Kong we were docked right in the heart of town by the Star Ferry but now all ships are docked at a new cruise terminal where the old airport was on the outskirts of town. They offered two buses that take you to two different subway stations to allow you to get into town easily.

Hong Kong, now officially Hong Kong Special Administrative Region People’s Republic of China, consists of a mainland on the country’s southeastern coast and about 235 islands. It is bordered on the north by Guangdong Province and on the east, west and south by the South China Sea. Hong Kong was a British dependency from the 1840’s until July 1, 1997 when it passed to Chinese sovereignty. In 1841 British naval officers hoisted the Union Jack over the empire’s newest addition. At the time the land was a barren island with hardly a house upon it. Today it is covered with more skyscrapers than anywhere else in the world and has a population of about 7.5 million people. Hong Kong’s mainland consists of the urban area known as Kowloon and a portion of the New Territories, a large area that became part of Hong Kong in 1898. Lantau Island, ceded to Hong Kong as part of the New Territories but often considered separate from that region, is the largest island. Located about six miles east of Lantau Island and across Victoria Harbor from Kowloon is Hong Kong Island. The city of Hong Kong, also known as Victoria, faces the harbor on the northern part of the island. In total there are only 422 square miles of land area.

For lunch we met up with one of our past international students who studied at San Diego State in 2008 by the name of Wei Toh. He invited us to join him for a dim sum lunch at a restaurant called Lin Heung Teahouse in central Hong Kong. The restaurant was very unique to us although Wei said this is typical Hong Kong Style. The large dining room was filled with round tables of eight chairs and each was full and people were hovering waiting for folks to leave to get a seat. Once you found a chair, a waiter would bring you a small bowl for your food, a tea cup a small ceramic spoon and a pair of chop sticks. Next came a small bowl with hot water to wash your dishes and utensils even though they had been cleaned in the kitchen already. Some folks even used tea to wash the utensils and dishes before they began eating.

Meanwhile older women would roll small carts out of the kitchen with a couple stacks of bamboo steaming trays/baskets and people would follow them until they stopped in an aisle to sell their goods. Once each revealed what item she had on the cart, people would ask her for one, two or three baskets and she would stamp their card so they would be charged properly after eating. The restaurant was a wild experience. Wei ran around the restaurant chasing rolling carts to retrieve our lunch. We had pork buns, pork ribs, pork liver, pork dumplings and a sweet bean curd bun.

After lunch we attended a festival of the Hong Kong Heritage Association that was having an open house of several Hollywood Road area historical buildings, as well as street music and dance performances. Wei wanted to show us the former Central Magistrate complex that used to house the police headquarters and prison. This complex of buildings dating back several hundred years was closed for about ten years as they renovated it and had just recently opened it as a public complex. There are now shops, museums, restaurants, performance spaces, and outdoor spaces for special events. Also included in the complex are some of the jail cells as they once stood.

We stopped at a favorite egg custard bakery that Wei likes to try the pastries, reminding us of the Nata pastries you find in Portugal: small custard pies with a flaky crust about three inches in diameter. Along with the custard we sampled the local favorite tea milk made from condensed milk and tea. Delicious.

After exploring some of the shops around Hong Kong Island we stopped for tea and crumpets at a favorite tea shop. We had a very spicy hot Chai tea, sponge cake with a green tea spread and a banana and peanut butter scone.

After Wei left us, we explored a section of Hollywood Road’s antique shops before catching a double decker tram through Hong Kong island. We then took the subway to the Jordan subway stop to make our way to the Temple Street night market which began about 5PM. At the market they sell mostly souvenir items like artwork, toys, tea sets, wall hangings and a few clothing items. We stocked up on our Chinese wine bottle bags that we enjoy sharing with friends. Kent did a good job of bargaining with the lady although she appeared to be unhappy with the price. I suspect it was all part of the game. She came down to less than half of the asking price on the bags.

The evening’s entertainment was a local folkloric show that gave a dance show featuring dances from around China. This included a Tibetan dance, a Taiwanese dance and a Korean dance from North Korean.