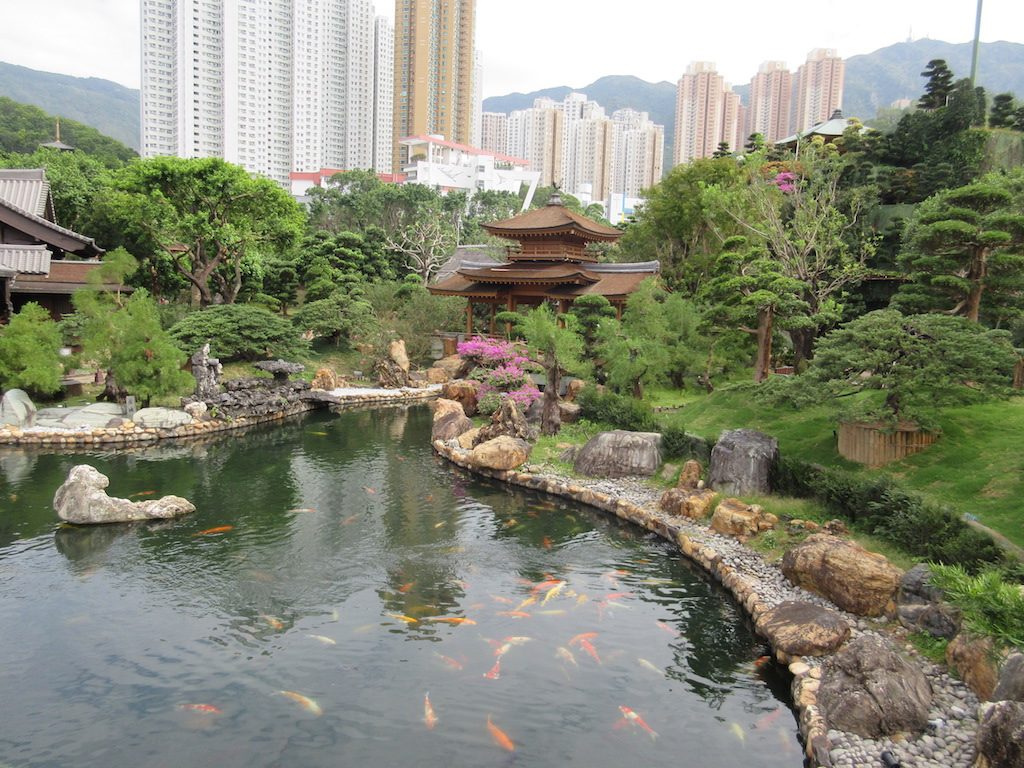 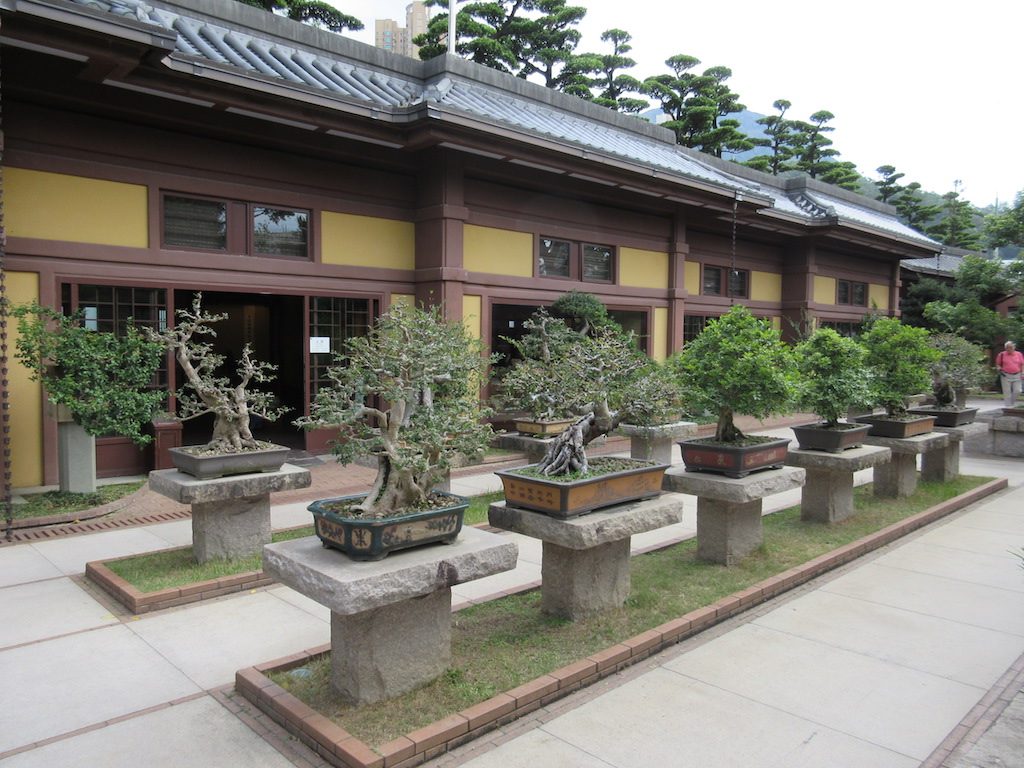 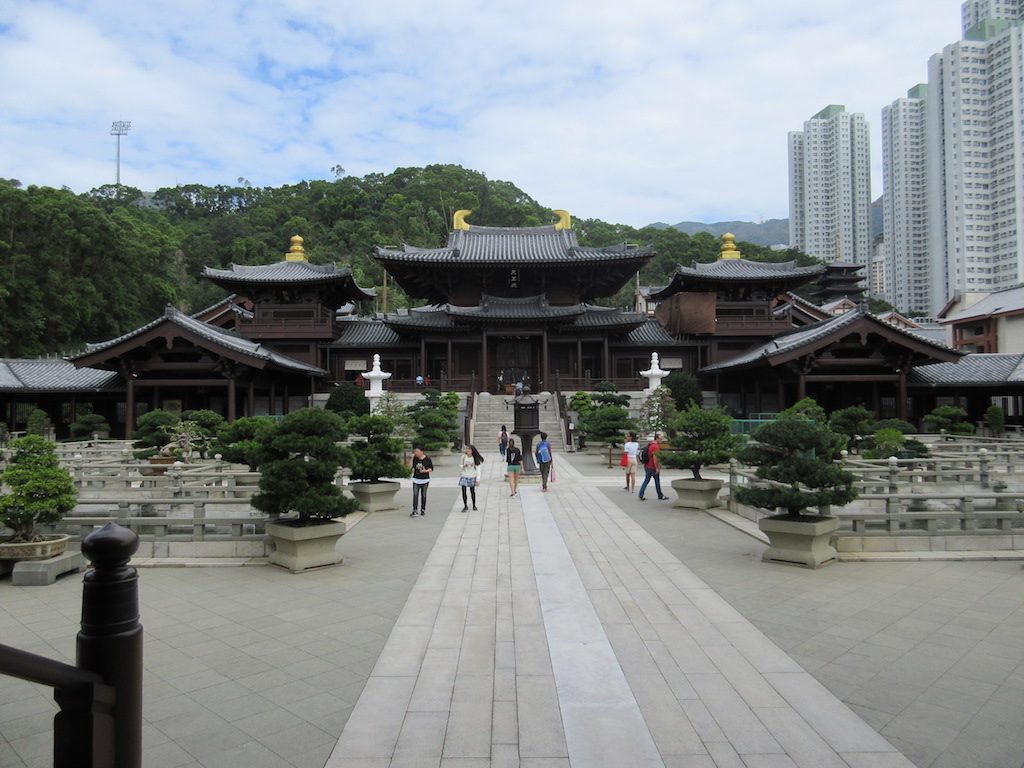 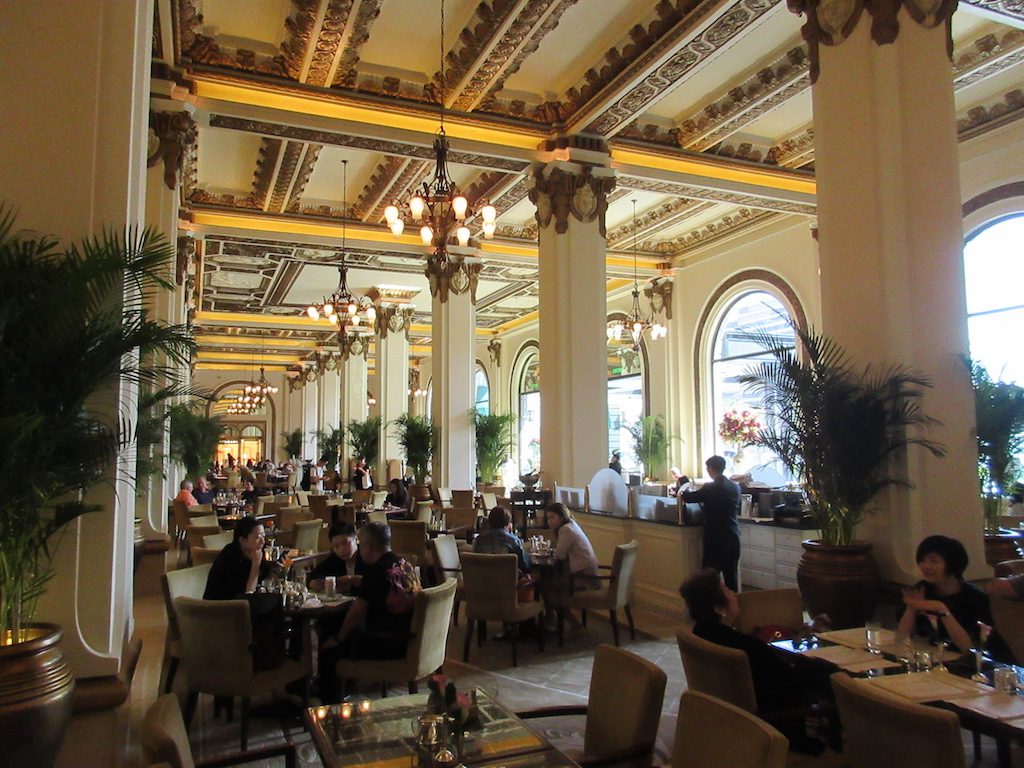 This morning we headed out on the ship’s shuttle to a subway stop where we took the subway to the Diamond Hill subway stop. Along the way we met up with two of our fellow passengers Pat and Paula who were headed to the same spot. There we walked a short distance to a beautiful park called the Nan Lian Garden and connected Chi Lin Nunnery. The gardens include several structures, ponds, lakes, a mill, a restaurant, gallery and exhibition space and the gardens are immaculately manicured.

After exploring the gardens and a ceramics exhibition in one of the structures, we headed to the adjoining nunnery for a look. Chi Lin Nunnery is a large Buddhist Temple complex founded in 1934 as a retreat for Buddhist nuns and was rebuilt in the 1990s following the traditional Tang Dynasty architecture. The temple halls have statues of the Shakyamuni Buddha, the goddess of mercy Guanyin, and other bodhisattvas. The statues are made from gold, clay, wood and stone. The nunnery is in extraordinary condition and the gardens, as well as the temple structures, are breathtaking.

The Chi Lin Nunnery uses the traditional Tang Dynasty architecture with a design based on a Sukhavati drawing in the Mogao Caves. It is constructed entirely with cypress wood, without the use of any nails and is currently the world’s largest hand-made wooden building. This construction is based on traditional Chinese Architecture techniques that uses special interlocking systems cut into the wood to hold them in place. The complex with 16 halls, a library, a school, a pagoda, a bell tower and a drum tower, covers an area of more than 360,000 square feet. The Chi Lin Nunnery buildings are the only buildings to be built in this style in modern-day Hong Kong. We really enjoyed our visit to the gardens and nunnery.

Our next stop, after Pat and Paula went their own way, was to the famous Peninsula Hotel in Kowloon where we had a look inside the lobby as well as the arcades of high-end retail shops. If you are looking for Harry Winston, Tiffany of any number of high-end jewelers and watch makers you may well find them here. Not many customers there, but they probably do not need to make many sales at these prices.

Since some of the ship’s guests departed yesterday and were replaced with a new set, we were required to have another emergency life boat drill before sailing from Hong Kong. At 5:30 we attended a sail away party in the Crow’s Nest bar.

We attended the sail away party in the Crow’s Nest before dinner and then enjoyed a comedian by the name of Andrew Kennedy. Andrew was a Top 20 Comedy Showdown Winner on Comedy Central. He is born to mixed race parents from Venezuela and England and grew up in Hong Kong, Connecticut and a few other places. His comedy is based around his family experiences with three boys each of different shades of brown, one gay and all quite tall. He speaks English, Spanish and Cantonese as well as being able to do many impersonations. He was very entertaining.