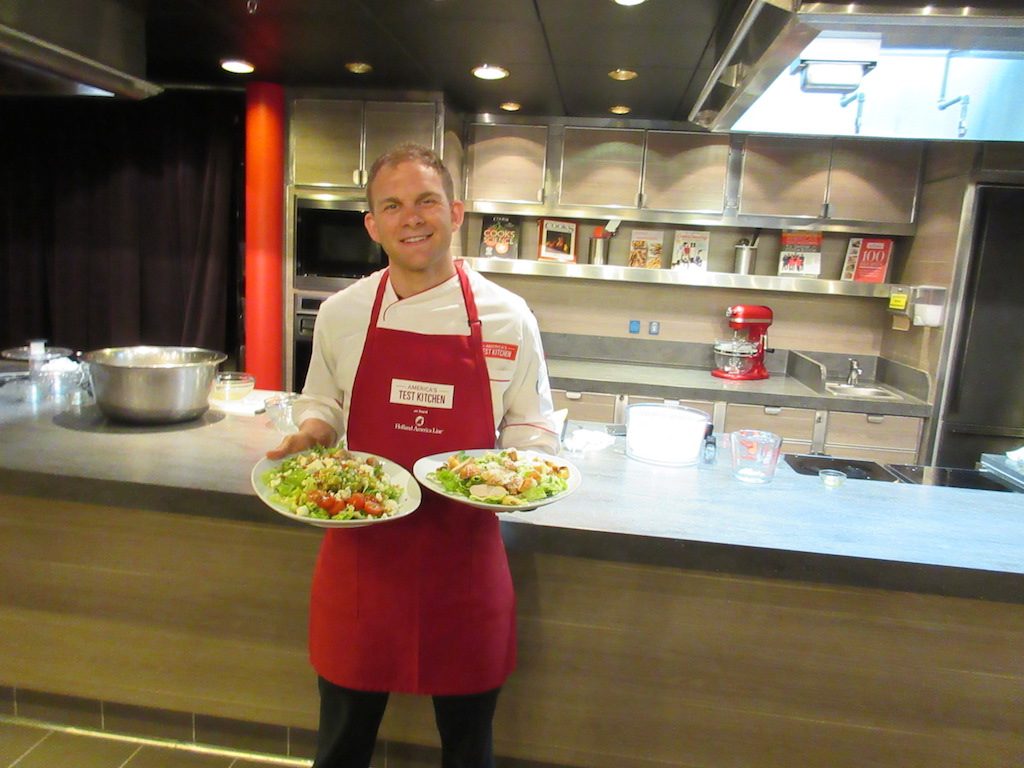 This sea day was filled with more lectures. Jorge’s coffee chat was with Reef Pilot, Captain Hulsebos. Following the morning show, Ian discussed things to see and do to make the most of our time in Mooloolaba, Australia.

Mark attended a Pearls seminar to support Jon and Brian, the pearl sellers onboard. They were having a pearl seminar but were having a difficult time getting people to come to the seminar. In the end there were only six of us who attended the talk on pearls. In the seminar Brian talked about the types of pearls, color of different pearls, the care of pearls, size of the pearls as well as pearls worn by famous people in history.

Mark attended a cooking class with Spencer about Getting to Know Chilis where he learned about a variety of chilis used in cooking. Meanwhile, Kent attended a talk with the Amsterdam cast of singers and dancers and the production staff where he enjoyed the backstage tour (again) and chatting with the stars!

The LGBTQ group has been meeting in the Crow’s Nest bar at 5:00pm each day when we are not still in a port. The group is fairly small with only four or five people attending regularly. However, we enjoy sharing stories about our day.

Brian, the Mentalist, joined us again for dinner in the dining room where we shared a table with Henry and David from Seattle not far from where Brian lives. The evening’s entertainment was a guitarist by the name of Jesse Kazemek who performed a Tribute to the Beatles. Jesse’s father introduced him to a Beatles album when he was very young and it projected his life’s path of learning and performing the more than 200 songs that the Beatles recorded. His wife also joined him on stage for a few songs.