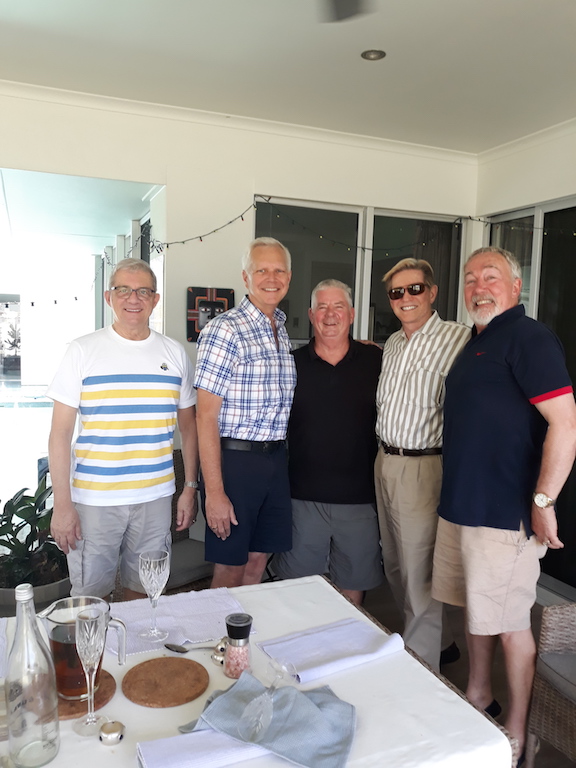 The weather had improved dramatically since we left Asia. The temperatures were considerably cooler and there was much less humidity. Although the seas appeared calm when we arrived in Mooloolaba (moo-Lool-a-ba), the captain cut our visit short by two hours due to expected afternoon swells. Our call in Mooloolaba was a tender port, meaning that we anchored out in the ocean and took smaller tender boats from the ship to shore. This also meant that several of the ship’s shore excursions were cancelled due to the shortened day in port. All aboard was 2:30pm with a 3:00 sailing time.

Mooloolaba is a suburb and tourist resort town located on the Sunshine Coast of Queensland, Australia. It is about 60-miles north of Brisbane with a population of only about 8,000 inhabitants. The area has many man-made canals with homes built on them, each with their own boat dock. Many of the homes are new and the architecture is quite modern in style. Mooloolaba derives its name from the Aboriginal word mulu meaing Snapper Fish, or mulla meaning Red Bellied Black Snake. Originally known as Mooloolah Heads, the name was changed to Mooloolaba by Thomas O’Conner in 1919 when he subdivided the land for sale.

The dock where the tender boats dropped us off is located in a beautiful canal area with many shops, an underwater world marine park, souvenir shops, galleries and restaurants. The white sand beaches are expansive and filled with tourists enjoying swimming, boating, sailing, kayaking and sunbathing. The town was very neatly manicured and well maintained.

Friends, Greg and Tony who used to live in Sydney, had moved to a town near Mooloolaba about eight months ago. They were kind enough to pick us up at the pier and drive us to their new home for a visit and lunch. They are retired flight attendants from Qantas Airlines whom Kent met (Greg) back in 1976. At their home were a couple of other retired flight attendants from Qantas who live on the gold coast about 90 minutes south of Mooloolaba. We had a wonderful, although all too short of a visit with them including a delightful lunch of pasta with prawns. They returned us to the pier in time to board the ship for our onward journey to Sydney. The sea swells had increased and the tender ride was a bit rocky but all made it safely back onboard the ship.  Brian joined us again for dinner.

The evening’s entertainment was a second performance by the group from London called Graffiti Classics. The fourth member of their group was able to arrive onboard and performed with them. They had another energetic, entertaining and funny show of classical music and comedy.