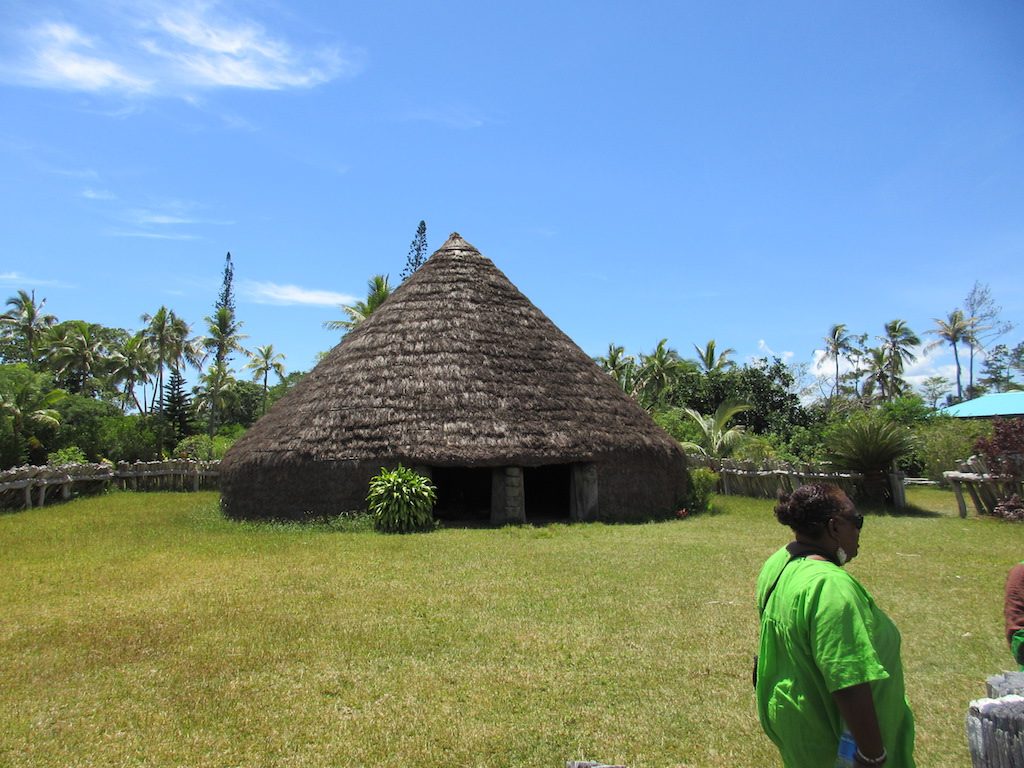 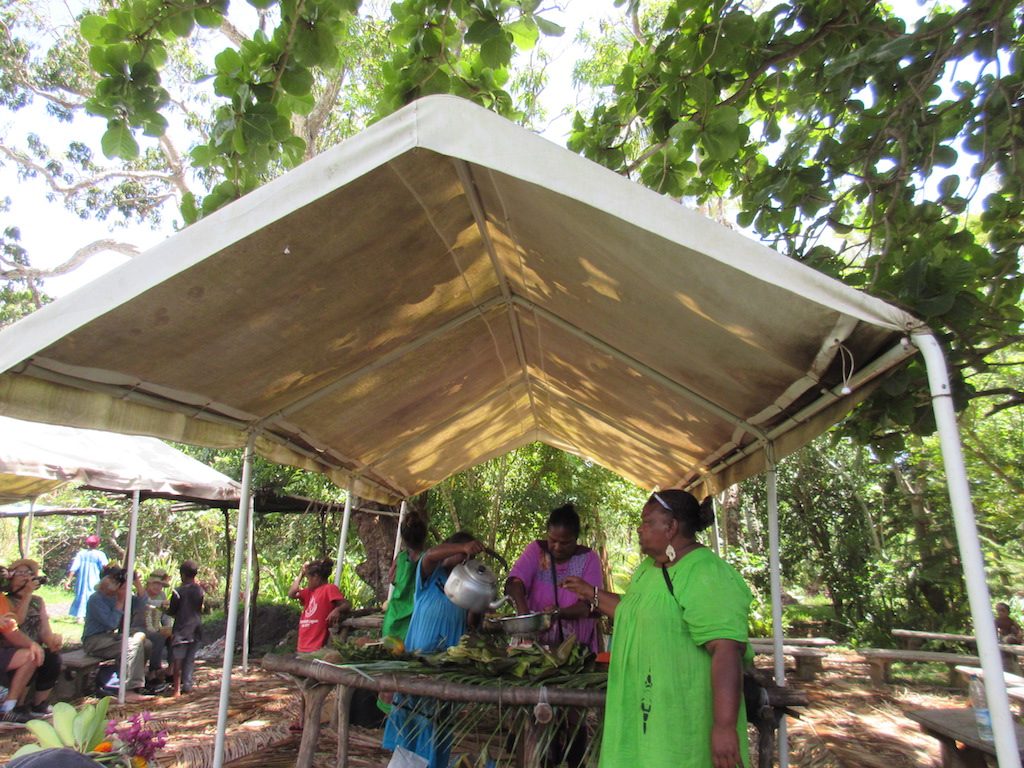 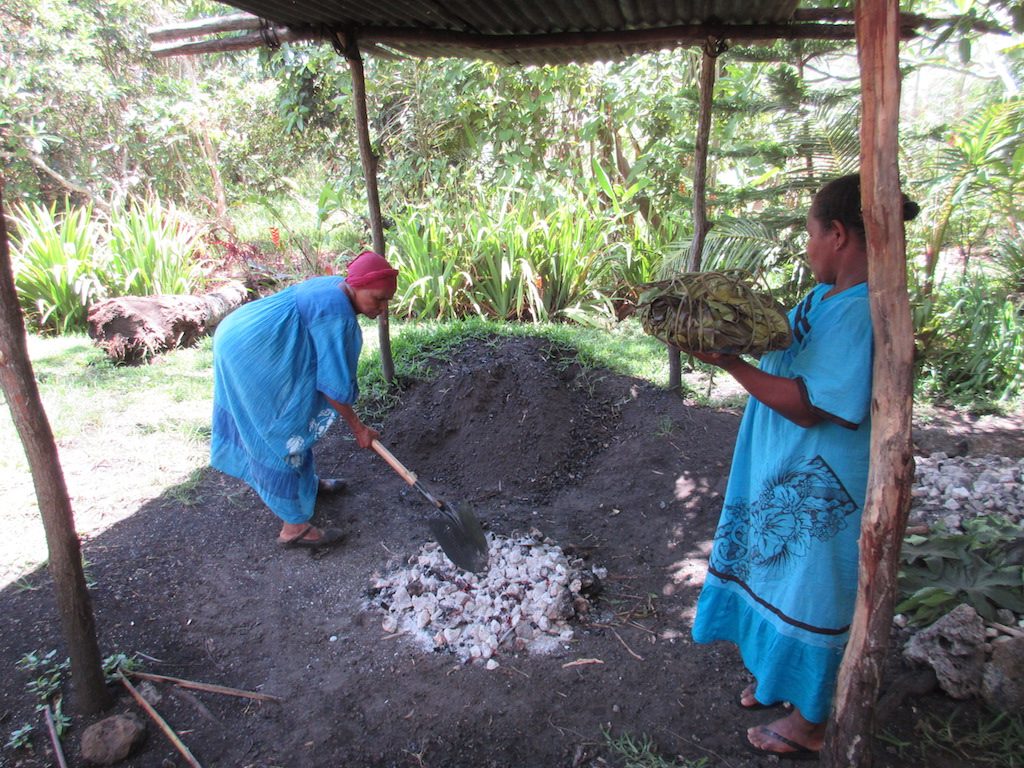 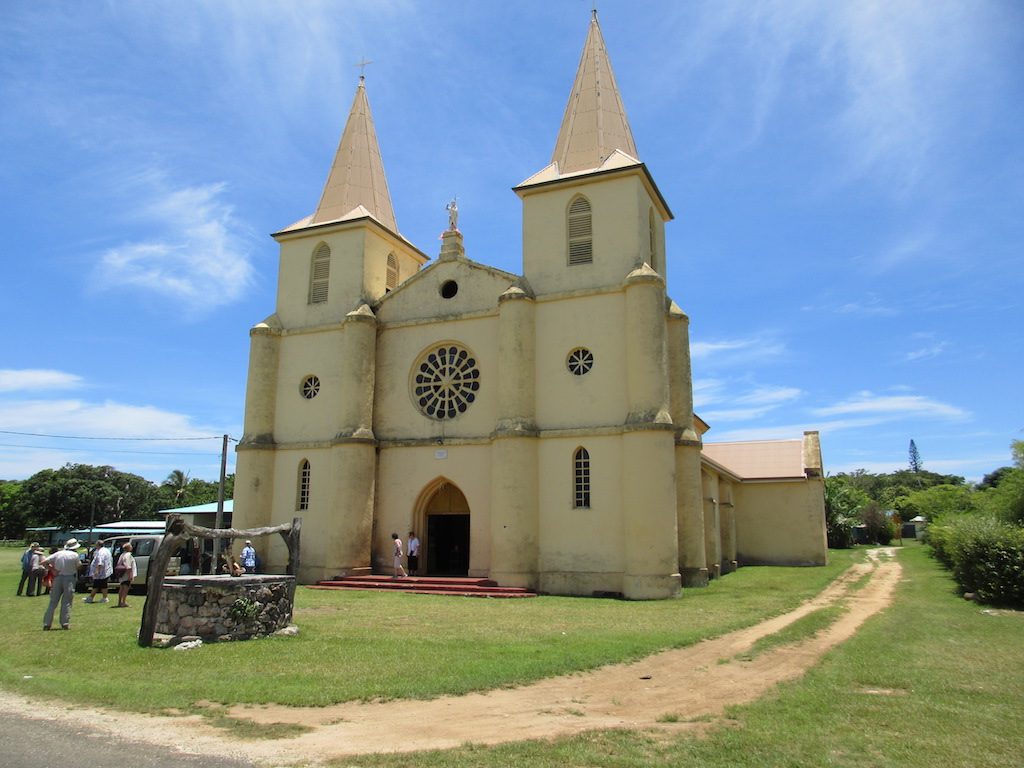 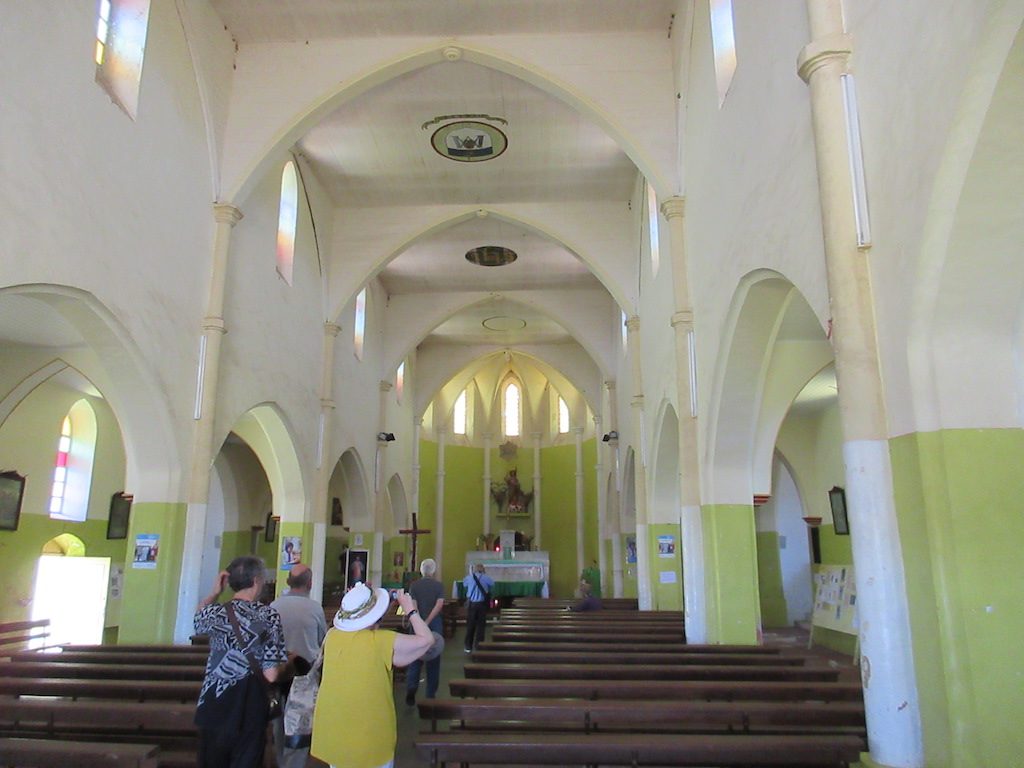 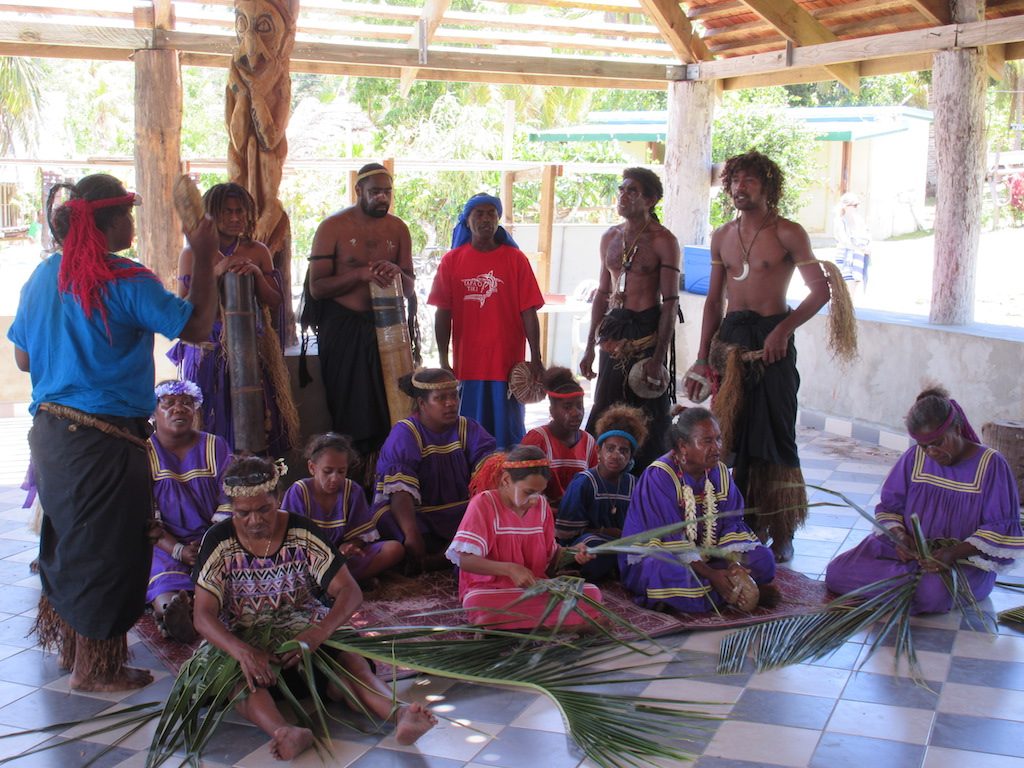 This was a tender port and the weather was very pleasant. In the morning we had sunny skies and warm temperatures while in the afternoon we had some cloudy skies but no rain.

The tour that we took on this day was titled “Melanesian Encounter”. Our Journey took us through the sights and sounds of the South Pacific on a two-hour visit to Lifou’s beautiful north east. We began with a relaxing drive through Easo Village — a seaside settlement with breathtaking panoramic views of jewel-toned Santal Bay.

We continued across the narrow neck of the island as we traveled along roads lined with thick, leafy trees and shady palms swaying in the breeze. We wound our way through Xepenehe — a coastal village with vibrant blue-green water, hand-carved totems and a charming white bridge arching between jagged rocks. Here, and in the settlement of Komo, we took in the traditional houses built in a dome shape with thatched roofs and no windows. In the delightful village of Hnathalo, we were welcomed with a hand-woven head band of flax like greens decorated with a few fresh flowers. We walked through the village with our guide for a sense of what it’s like to live in this serene Melanesian setting. Traditional homes and colorful flowerbeds thrive in the island’s temperate climate. In a garden behind the chief’s house, we marveled at the Grand Case — the largest chief’s hut in all of New Caledonia, with an enormous thatched roof and open fireplace. We were invited inside the chief’s hut where we were asked to sit on the bamboo mats on the floor. One side of the hut is for visitors while the opposite side is reserved only for the chief and guest are asked to sit as a sign of respect for the chief. Our guide explained to us about life on the island.

Behind the chief’s hut we were welcomed by the local villagers with fresh cut coconuts to drink the water out of. They also served us fresh coconut pieces while they demonstrated how they prepare a local meal. Many large fresh soft leaves are placed on the table to wrap the meal in. On top of the leaves is placed sliced potatoes, sweet potatoes and yams. Next, a whole chicken is placed on top and covered with a tea kettle of water poured over a strainer filled with fresh crushed coconut fruit. This was then all wrapped tightly in the leaves and tied up with cords made from braided plant fibers. The entire bundle was then placed on a pile of hot stones heated in a fire. The rocks were placed over the packaged meal and then covered with dirt to allow the heat to steam the food for about one-hour.

After the demonstration they unveiled an already prepared meal that they unwrapped and served up on plates for us to sample. Each type of vegetables and the chicken were placed on separate plates with plenty of tooth picks for us to sample everything. It was very nicely cooked and the chicken was very tender but there was very little flavor as they had not really used any spices.

The local villagers thought that Kent looked like Harrison Ford. The guide told us that she told them he was a cousin.

Next, we explored the St Pierre Baptist Church — a rustic chapel built by missionaries in 1883. The church is quite large for the size of the community and was simply decorated with a few pieces of art and some simple stained-glass windows.

Back at the tender pier we had time to wander through the village on our own and browse for souvenirs and handicrafts made by the locals. There was also a group of locals singing some local folk songs and weaving hats, trays and baskets out of palm fronds.

In the afternoon we saw a 2009 movie onboard titled Amelia about the life of Amelia Earhart. Amelia is famous as the first woman pilot to fly solo over the Atlantic and for disappearing while flying over the Pacific Ocean in 1937 in an attempt to fly around the world. Amelia was played by Hilary Swank and it also featured Ewan McGregor and Richard Gere.

The evening’s entertainment was a duo by the name of X-Over Duo. Two of Europe’s finest classically trained voices who sung a variety opera classics and musical and film songs. They both have beautiful voices and were well received by the audience.