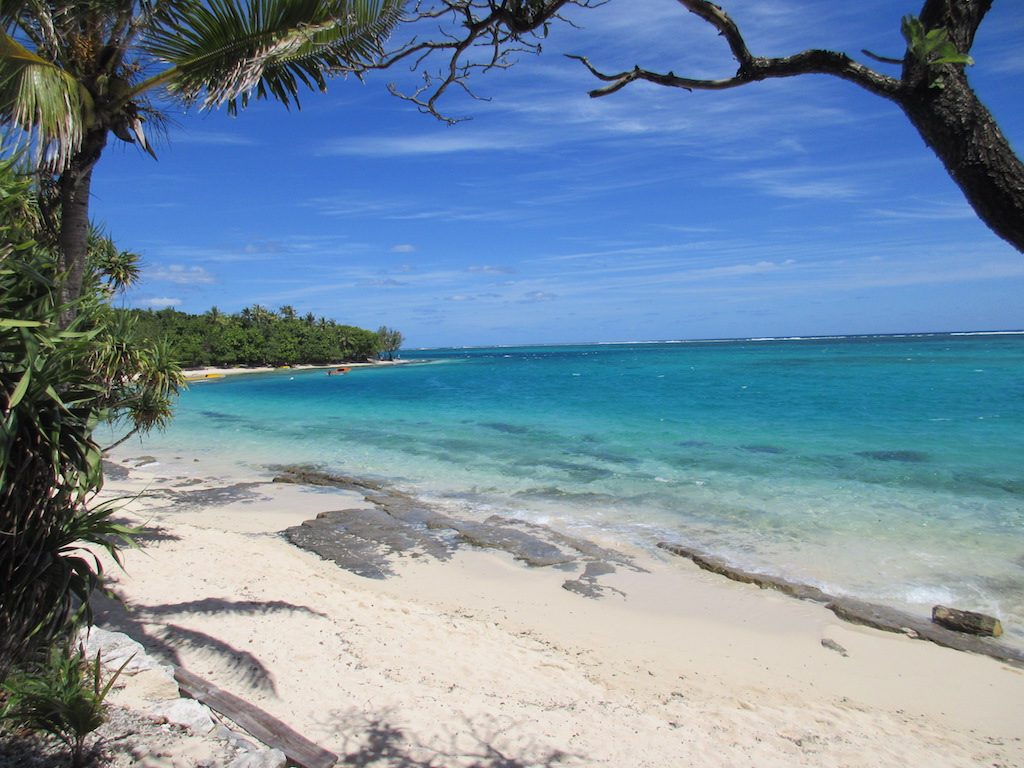 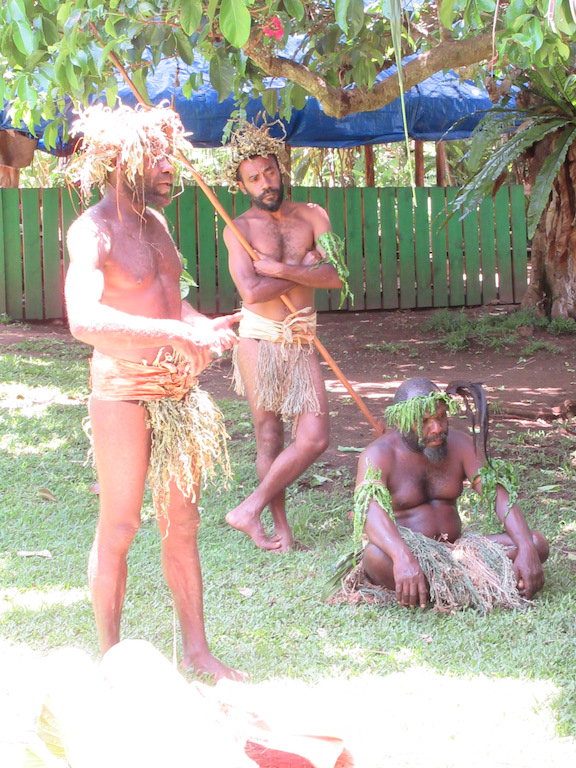 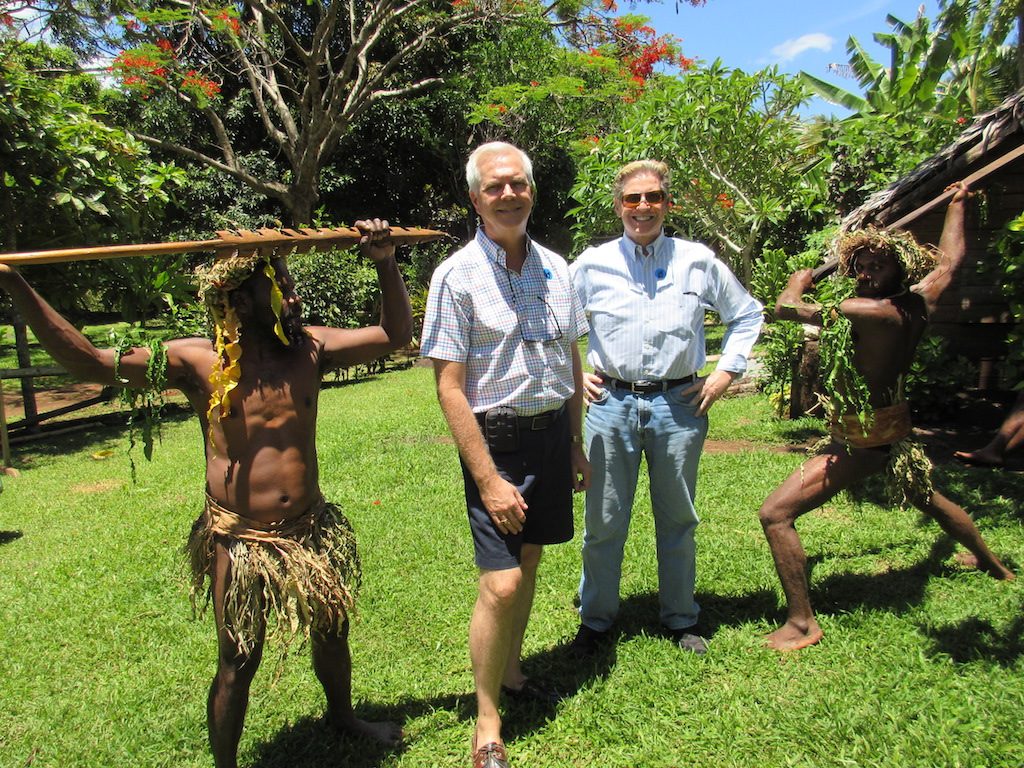 Mark and Kent with the Warriors

The weather was beautiful, sunny and warm. The waters were varying shades of greens and blues. It was a tender port so we once again needed to anchor out in the harbor and take small tender boats from the ship to a small dock on the island.

Mystery Island is officially called Inyeug (meaning small) Island and is a small uninhabited island in the Tafea Province of Vanuatu. The island is located at the southernmost point of the Vanuatu archipelago. The island is surrounded by palm trees and beautiful white sand beaches. It is so small that you can walk the perimeter of the island in just 45-minutes. There are reefs offshore where snorkeling is popular to see the clown fish, barracudas, parrot fish, turtles and seahorses. During World War II US soldiers built a grass airstrip on the island to serve as a refueling station.

Today locals from the neighboring islands had set up stalls where they were selling trinkets, clothing, necklaces, accessories and handicrafts. The locals also offer hair braiding and massages along with glass bottom boat tours and snorkeling equipment. Mystery island was made famous by the television show Survivor when they filmed one of their early seasons on the island.

Our tour on this day was titled “Modern Village of Aneityum.” We began our excursion with a short boat trip from Mystery Island to the island of Aneityum. Here, the island dwellers of Aneityum welcomed us into their village for an authentic experience and the opportunity to learn more about village life, culinary delights and the culture of this small but vibrant community.

Local warriors escorted us through the village and introduced us to a friendly family. We stepped into their island home property to discover their daily lives. The village is a place of complex rituals and tradition, which include cultural activities, traditional dances, ancient battle reenactments and a deep appreciation for the bounty produced by the local land. The people depend on the marine resources, fishing and the selling of their sandalwood, baskets and pine. It was fascinating to learn about the home life and the diverse culture of the island and its people.

We learned about their history of the culture, learning past and present traditions, including the predominance of arranged marriages, the role of women in the community, food cultivation, and cooking demonstrations with information on how their gardens produce both food and plant medicines.

After our shore excursion we were transported by boat back to Mystery Island where we took some time to walk around the island. We greeted fellow passengers and enjoyed the beauty of the sand and water. The gemstone colors of the water were spectacular and the small island was filled with happy people enjoying the sand and sea.

The evening’s entertainment was a young man from New Zealand by the name of Marcus Winter. Marcus is known as the sandman because he uses a tray of sand to create momentary art that is quickly swept away and gone forever. On stage he used a back lit tray of sand to create his art that was then projected onto the large screen in the theater. He also created several pieces of landscape art using paint on paper that he was selling after the performance. He is very talented and the show was something unique and very interesting.