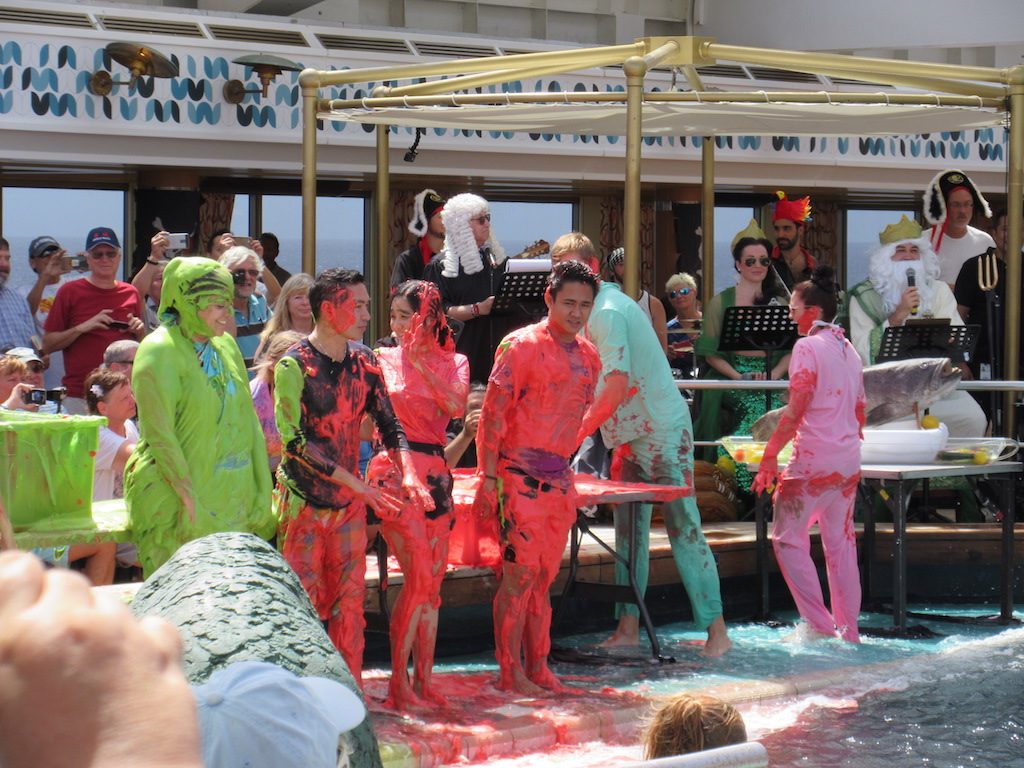 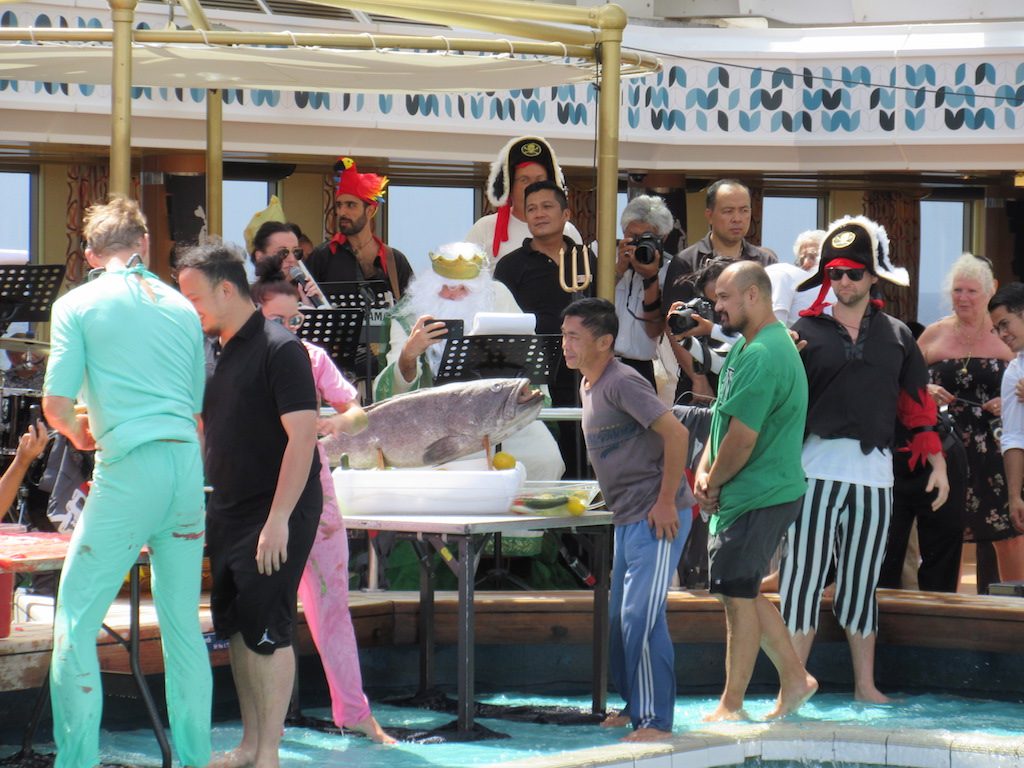 On this sea day we crossed the equator and received a certificate from King Neptune for doing so. We crossed the equator and thus another reason to celebrate. King Neptune, or Poseidon in Greek mythology, is believed to oversee the equator. In order to secure safe passage for the ship over the equator, we had a special ceremony. Making an appearance was the cruise director, Jorge, as King Neptune and one of the Amsterdam singers, Claire, as a mermaid. They officiated a ceremony where crewmembers from different departments were brought before a panel of the captain and his officers for judgment for a variety of fictional crimes. Each set of crewmembers was then required to kiss a large fish before being covered in pink, green or blue slime and thrown in the swimming pool. The Amsterdam orchestra and some of the staff were dressed as pirates and everyone had a fun time.

The afternoon included a lecture by Professor David Horner who shared data on World Migration Over the Centuries. He showed slides and graphs revealing how, over the history of the world, there have been mass migrations of one sort or another. Sometimes people are fleeing religious persecution, famine, heat, lack of work or for other reasons. Sometimes they are just looking for a better life in another part of the world.

Next, Joe Kess lectured on Easter Island—even though we are not visiting the island on this voyage  it is out here in the middle of the Pacific Ocean. He discussed the early days on the isolated island when they had no interaction with the rest of the world up to current times. Easter Island is a part of Chile and keeps the same time as Chile. Easter Island is located 2,237 miles west of Chile and 1,290 miles east of Pitcairn Island, making it one of the most isolated, inhabited places in the world. The island is almost triangular in shape and is approximately 17 miles in length and 8 miles in width at its widest point. It was given the name Easter Island because the Dutch discovered it on Easter Sunday in 1722. Literature suggests that Easter Island was settled around 300-400AD about the time that Hawaii was settled; however, some scientists say the island was not inhabited until 700-800AD.

The evening’s entertainment was a singer, pianist, comedian by the name of Dale Gonyea. He was very entertaining with his unique storytelling and song writing about our recent ports of call.