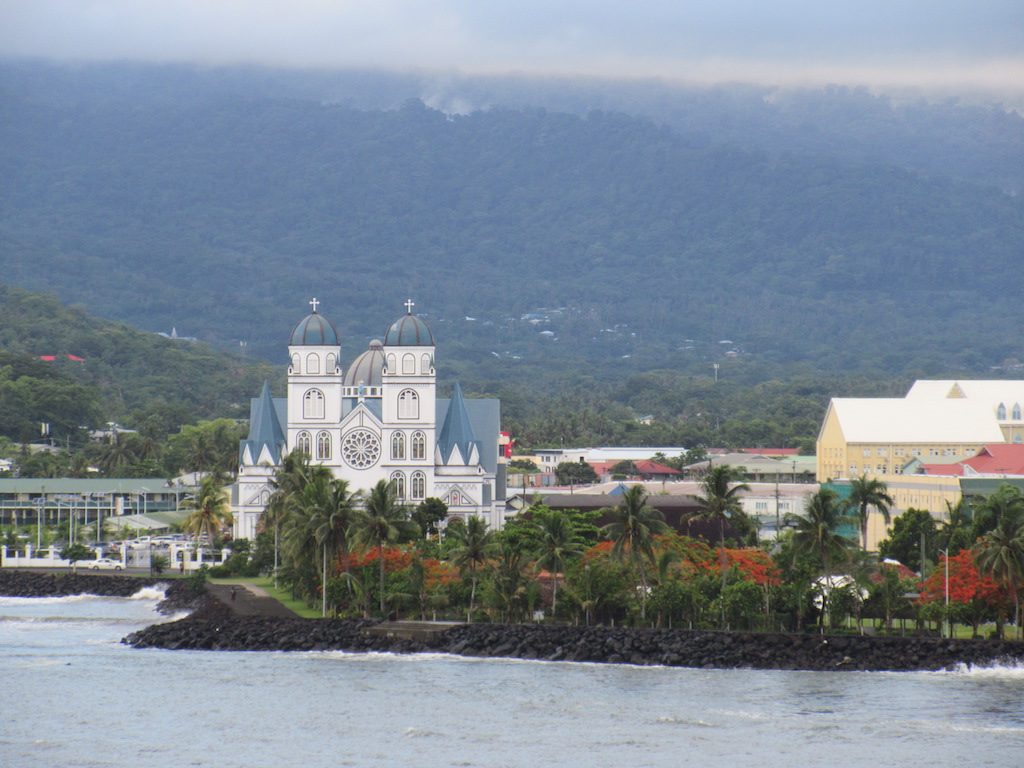 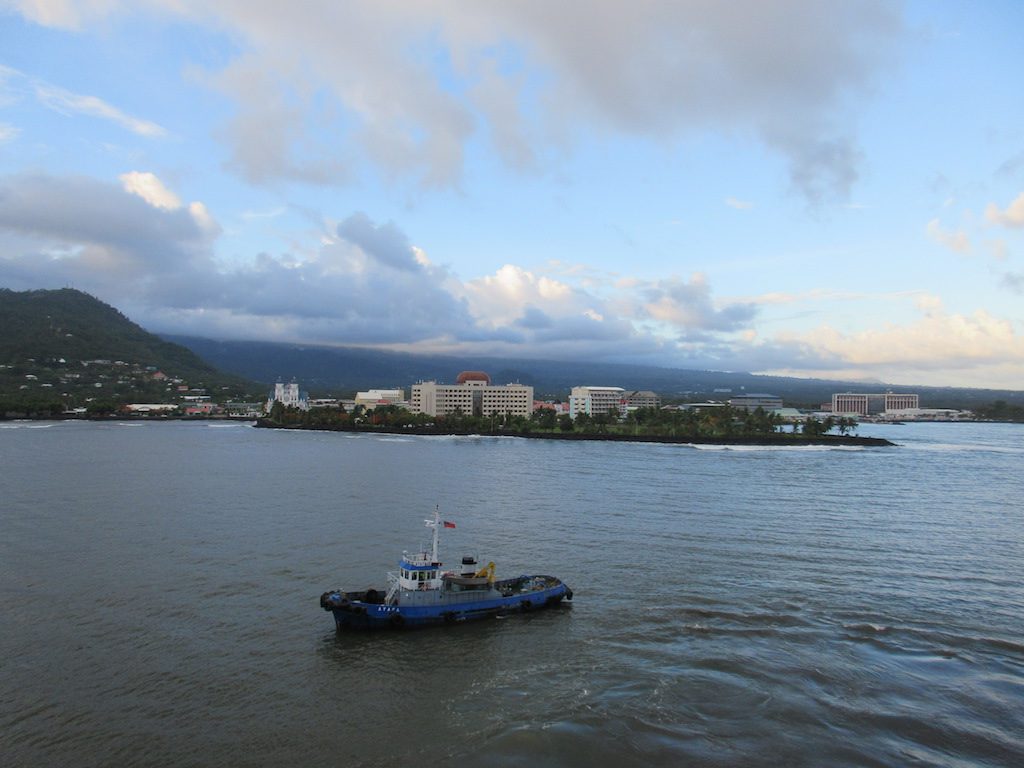 Apia is located on the island of Upolo and is the largest city in Samoa (not to be confused with American Samoa) with a population of about 40,000. The harbor here was the site of an infamous standoff on March 15, 1889 between seven German, US and British ships. The ships refused to leave the port while a typhoon was approaching in fear of losing face. By the end of the day all of the ships were sunk except one British cruiser which barely managed to leave the port to ride out the storm. Nearly 200 American and German lives were lost as well as six ships sunk or damaged beyond repair.

Samoa, once ruled by the Germans and New Zealand became independent in 1962. It was known as Western Samoa until July 4, 1997 when it officially became the Independent State of Samoa and is now a unitary parliamentary democracy with eleven administrative divisions. There are two main islands called Savai’i and Upolu with four smaller islands. The local people called Lapita discovered and settled the islands about 3,500 years ago.

The weather had scattered clouds with signs of rain showers over the hillsides and the seas were fairly rough. We docked about 8:00am along the pier where a local group of warriors danced alongside the ship. By 8:30am guests began to go ashore on tours or independently. Kent and I were scheduled on a tour around town including the Robert Louis Stevenson Museum but it was not meant to be. By the time that we made our way to the gang way the captain decided that the swells were too great and it was unsafe for us to stay docked at the pier. He said that we had snapped three of the lines holding the ship to the dock already. He cancelled our port call and ordered all guests back on the ship. Most of the folks going on tours were taken off of the buses and brought back onboard. Unfortunately, about 50 guests had already headed out and about. The captain moved away from the pier and into the middle of the harbor where we stayed anchored for hours waiting for those guests who had made it ashore to come back to the ship by tender.  By about noon all of the guests had been located ashore and we began sailing for American Samoa.

A revised schedule of activities similar to a typical sea day rather than a port day was created and distributed. We attended a cooking class with Spencer in America’s Test Kitchen where we learned to make a pasta with garlic, chili flakes and olive oil. We also learned about a simple vinaigrette salad dressing and an olive, ricotta and basil bruschetta recipe.

Later, Professor David Horner lectured on Mutiny on the Bounty of 1789. There have been many movies and books that have told this story about the sailing with Captain Bligh and Fletcher Christian. The vessel had left England in 1787 on a mission to collect and transport breadfruit plants from Tahiti to West Indies. After a five-month layover in Tahiti, during which time many of the men lived ashore and had formed relationships with the local women, they were forced to continue on their journey. After Bligh began handing our harsh punishments and criticism, Christian and other sailors forced Bligh and other of his followers from the ship.

Next, was a documentary film with Hawaiian Cultural Ambassador Kainoa called Reflecting Spirit. This film showed how the Hawaiian people were living peacefully on their own before the US took over their land and forced them out of the land to grow sugar cane and other crops to make money.  In many other situations with natives in a variety of countries, the same story occurred.

The evening’s entertainment was a Las Vegas style show by Robbie Howard. He is from Las Vegas and performs in many shows impersonating a variety of famous musical artists like the Rat Pack, Elvis and Randy Travis. He has an excellent voice as well as a sense of humor with his comedy.