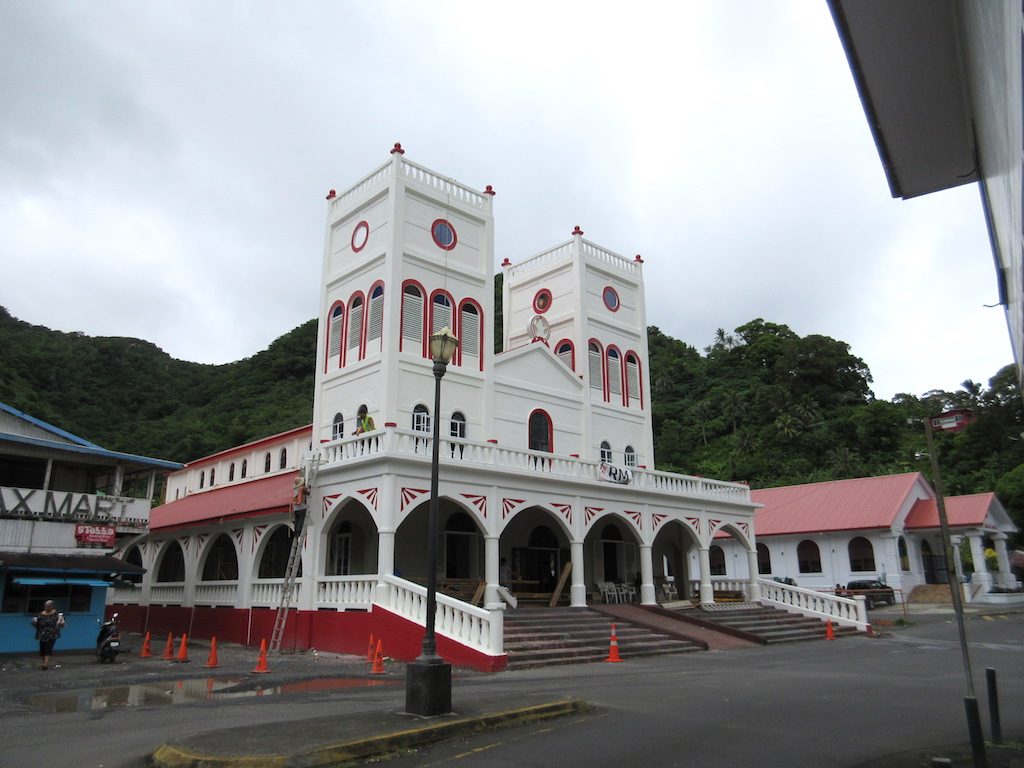 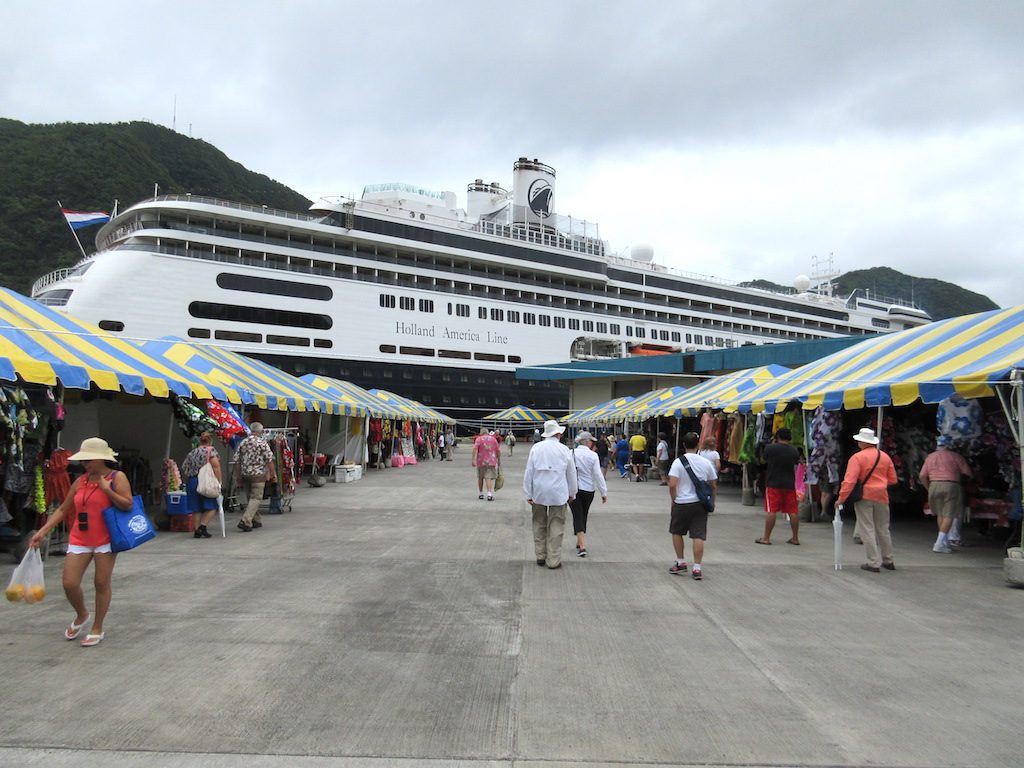 In the night we crossed the international dateline. This imaginary line on the earth separates two consecutive calendar days. The date line can be anywhere in the world but it is most convenient to be 180 degrees away from the defining meridian that goes through Greenwich, England. It is also fortunate that this area is covered mainly by empty ocean. Today the date line falls between Samoa and American Samoa keeping American Samoa on the same day as the rest of America.

American Samoa is located about half way between Hawaii and New Zealand and is made up of five volcanic islands and two atolls covering an area of 76 square miles. American Samoa is a tropical paradise with 90% of the islands covered in untouched tropical rainforests. The climate averages 82-83 degrees Fahrenheit year-round with the surrounding ocean waters averaging 82-86 degrees.

Pago Pago (Pronounced Pan-go-Pan-go) is the capital of American Samoa and located on the island of Tutuila. It is home to a deep-water harbor protected from wind and rough seas giving it a natural advantage for bring fish to shore for processing. Tourism, entertainment, food and tuna caning are its main industries. In 1993 two of the largest tuna companies, Chicken of the Sea and Star-Kist exported $445 million in canned tuna to the US Mainland. American Samoa has a population of about 70,000 inhabitants.

The tour we had scheduled for the day was cancelled due to a lack of people signing up for it. We instead just walked from the port around part of the harbor to explore on our own. The harbor is surrounded by steep hillsides covered in dense vegetation with most of the civilization located along the water’s edge. The main road that winds along the water’s edge has curbs and sidewalks making it an easy walk. The architecture includes many colonial style buildings and simply constructed wooden homes with corrugated steel roofs.

We visited a local market where they were selling many local fruits and vegetables like bananas, coconuts and taro root. There is a National Park located here and we stopped in at the visitor’s center where we saw a couple of interesting films about the locals. The first film we saw was about the process they use to make wall hangings from mulberry tree bark, that is then painted with natural dyes. The second film we saw was about the natural colored floor mats they weave from local plant leaves. Both of these handicrafts are very time consuming and are slowly disappearing as machines can now manufacture similar types of items much cheaper.

We had dinner with our young friend, Stewart, as he will disembark in Hawaii so he can return home to spend the holidays with his family. The evening’s entertainment was another BBC Planet Earth II nature film accompanied with live music by the Amsterdam Show Band, the onboard Violinist and pianist group called Adagio. The photography is beautiful.