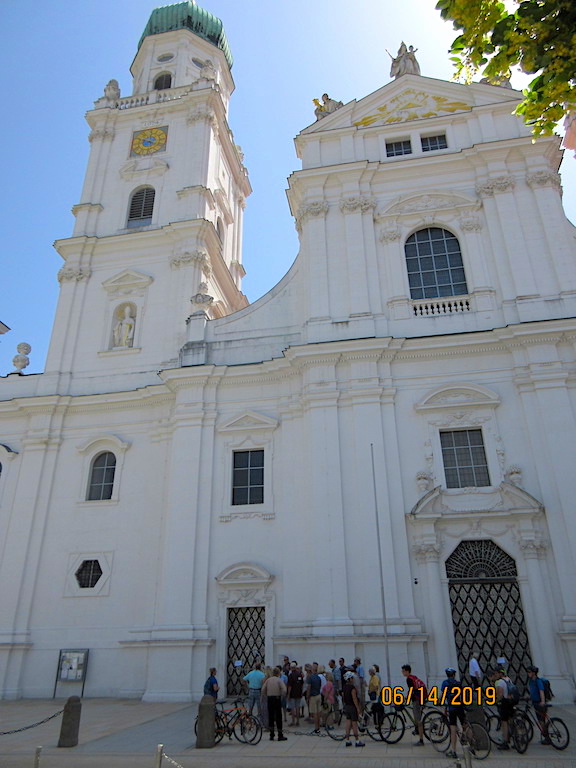 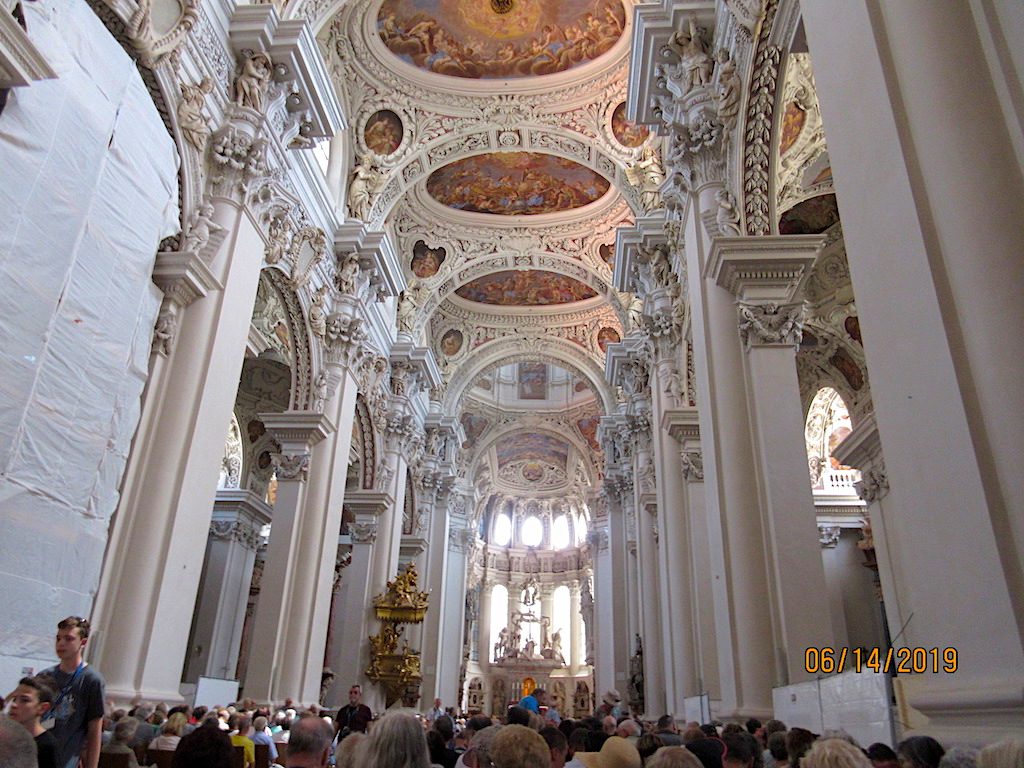 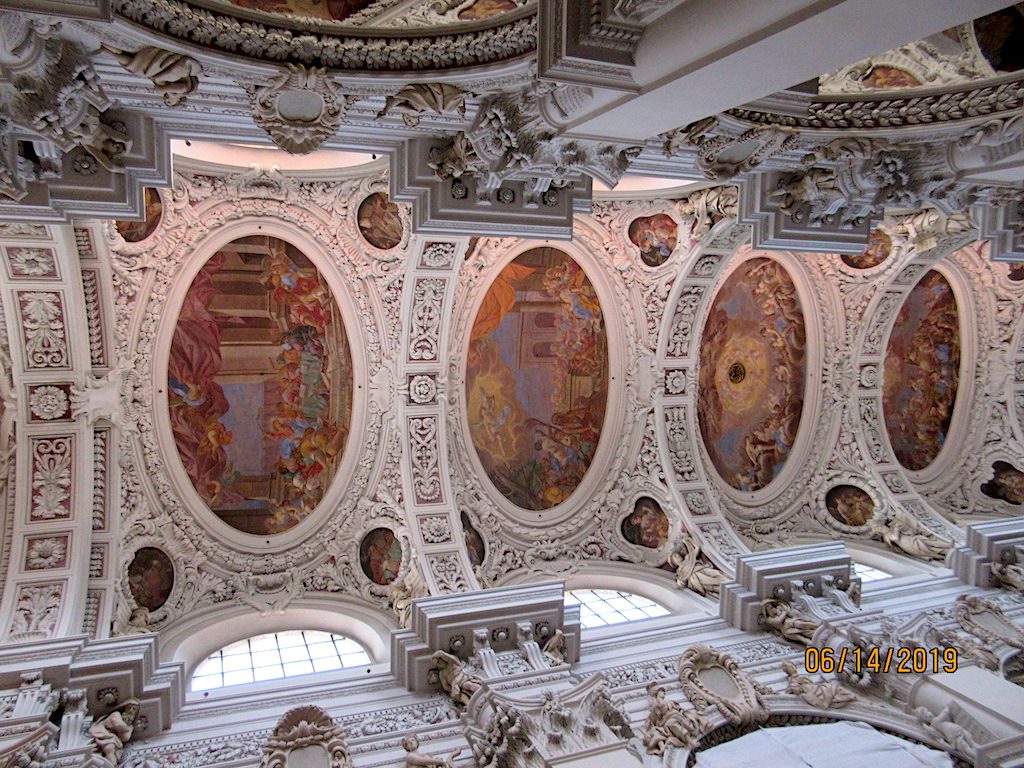 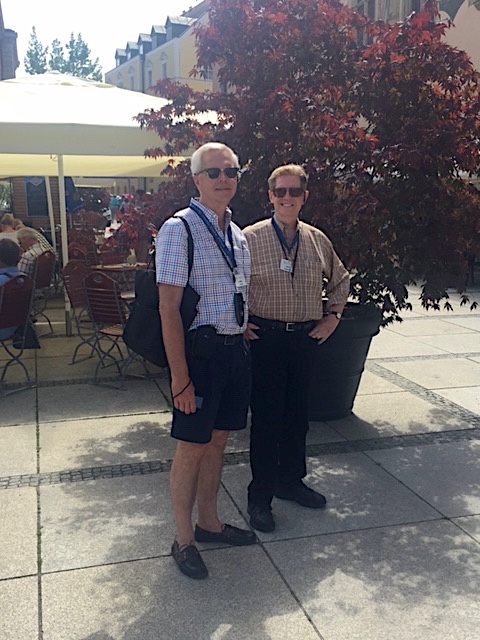 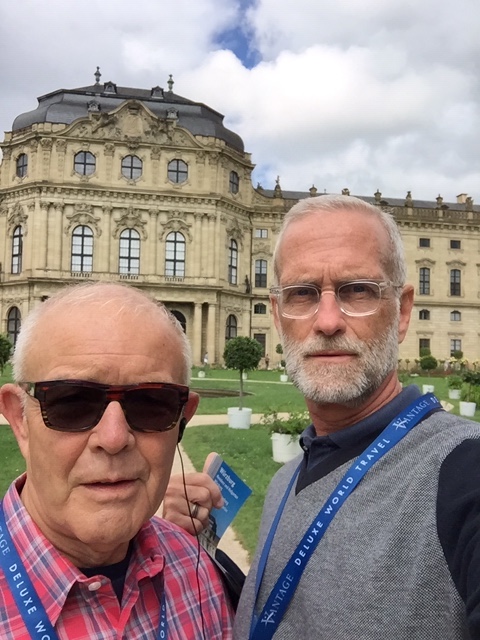 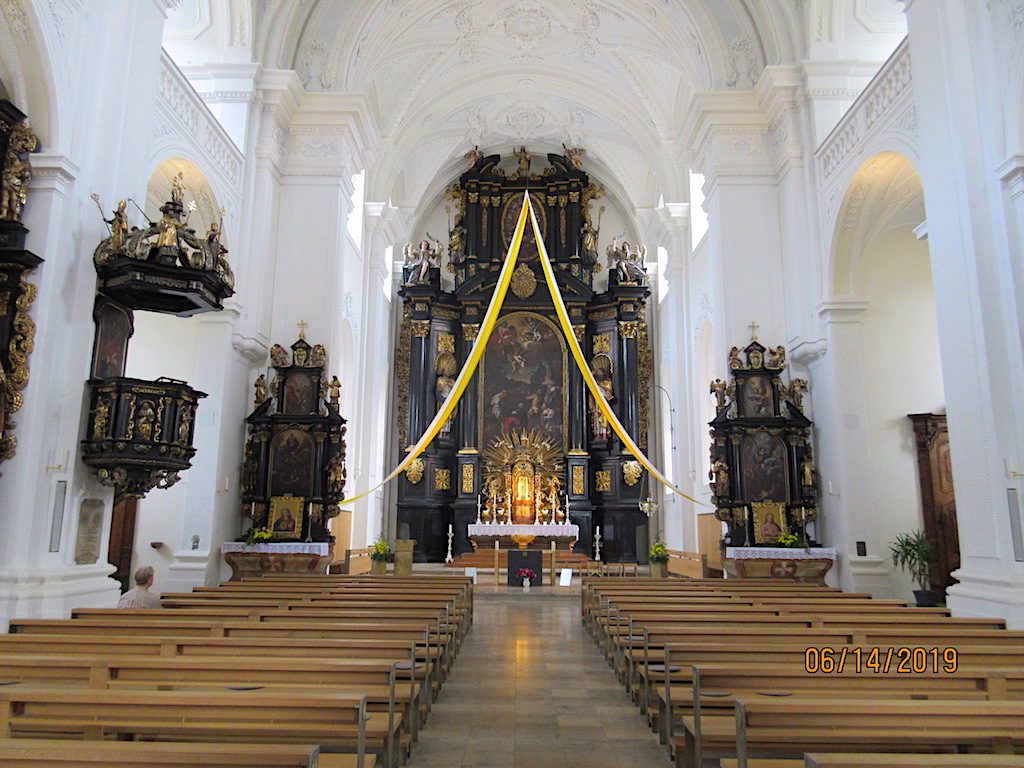 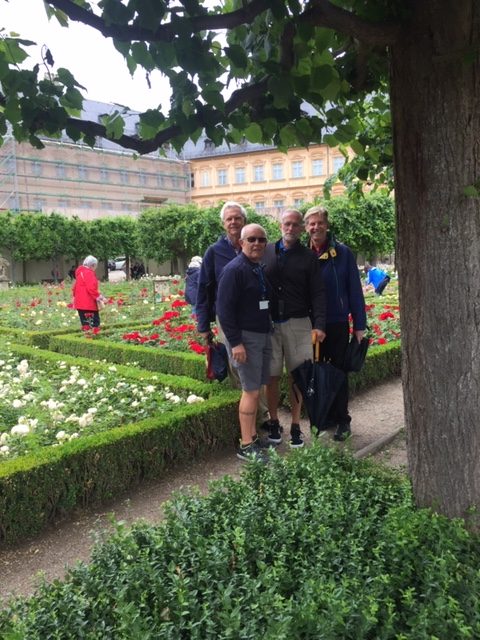 We took a walking tour of one of Germany’s oldest and most picturesque medieval cities. Passau is set amid wooded hills and cliffs at the eastern edge of Bavaria, near the Austrian border. Ideally located at the confluence of the Inn, Ilz, and Danube rivers, Passau has acquired the nicknames “Venice of Bavaria” and “City of Three Rivers.” With charming cobblestone streets, graceful arcades, and Italian-influenced architecture, the town gives a sense of being more closely allied with northern Italy and the Tyrolean Alps than with cities to the north. Several buildings within the town are of interest, including the gothic Rathaus — with Bavaria’s largest Glockenspiel housed in its tower — and Veste Oberhaus, a towering medieval fortress.

The city’s most renowned site is St. Stephen’s, with its octagonal dome over the intersection of the nave and transept. The interior is mainly baroque, and houses one of the largest pipe organs in the world. The organ consists of five separate organs built in 1928 and housed beneath the octagonal dome. It has 17,974 pipes. Here we enjoyed an organ recital of six pieces of music from Johann Sebastian Bach to Max Reger.

After lunch back onboard, we ventured the short walk back into town where we visited the Glass Museum while Ric, Kevin and others enjoyed another bike tour. This museum is the largest museum on European glass in the world and focuses on the period of 1650 to 1950. The collection contains over 30,000 pieces with only about half of those on display. The museum is housed in a complex of four buildings dating back as far as 600 years. The collection was beautifully presented in glass enclosed cases spread out through four floors of the buildings.

We wandered through town where they have a great number of art shops, souvenir shops, antique shops and clothing stores. Everyone was eating ice cream. Most of the buildings in town are beautifully maintained and the shops are very modern. We stopped in to see the Church of St. Paul where the altars are all painted a rich dark black color contrasting beautifully with the white plaster walls. It is very unusual to see so much black in a church but it was very striking.

There is a section of town that is now a pedestrian only section where many of the modern shops, bars and eating establishments are located. Even here the streets are immaculately clean and the buildings are well maintained with fresh paint.