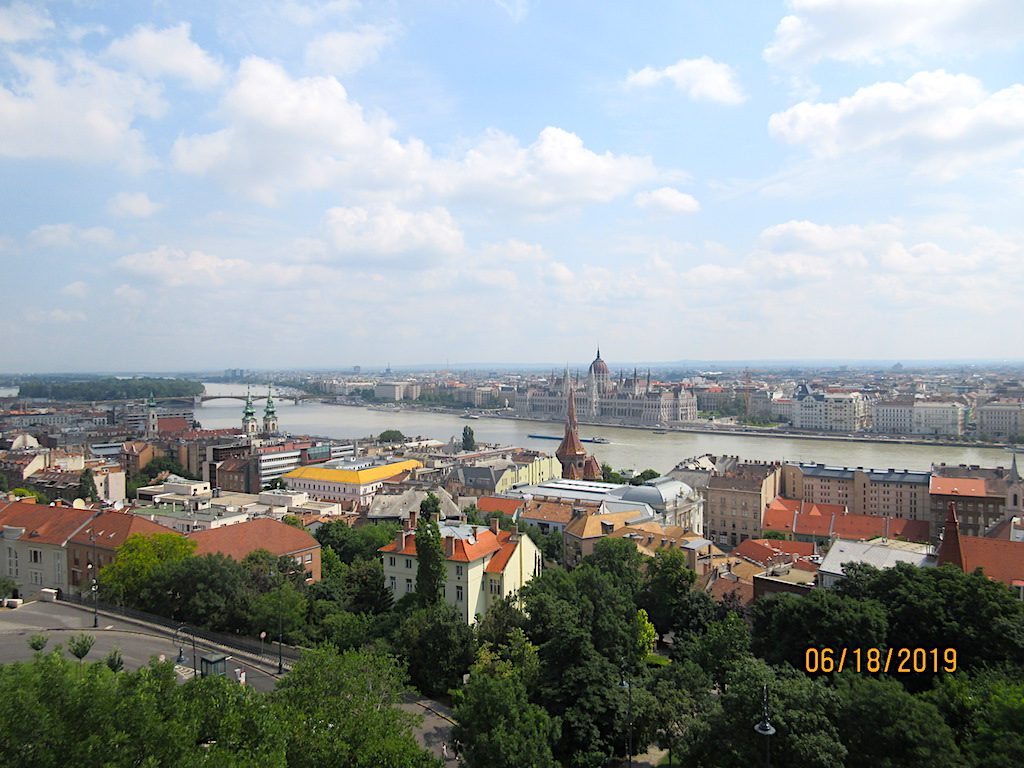 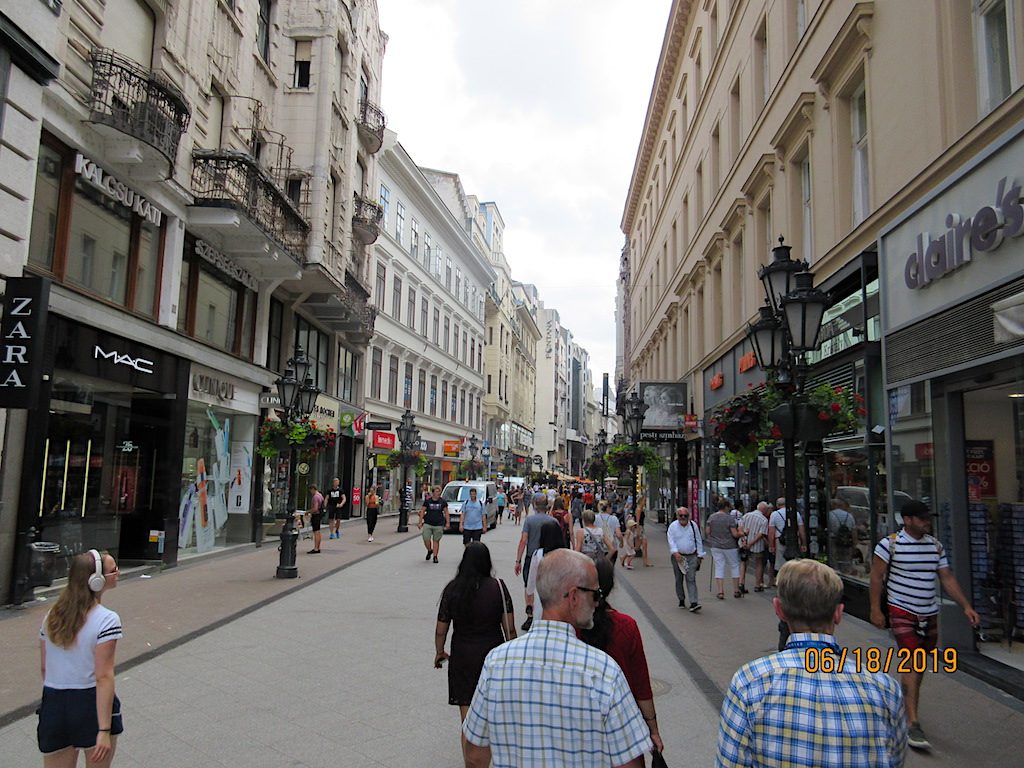 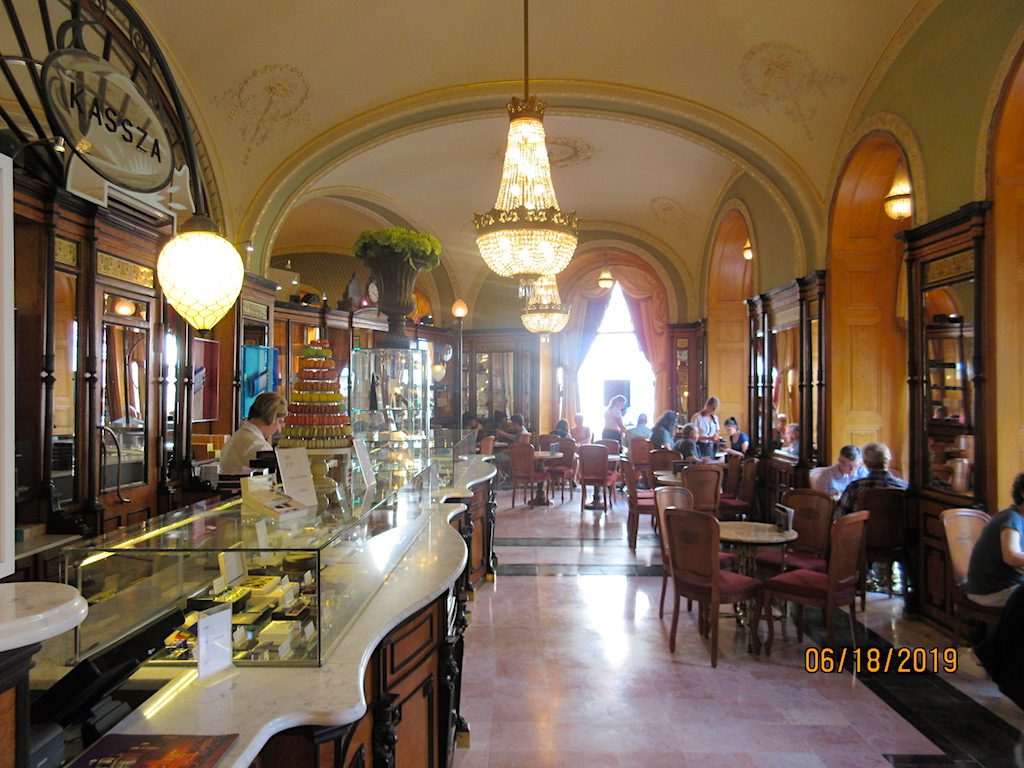 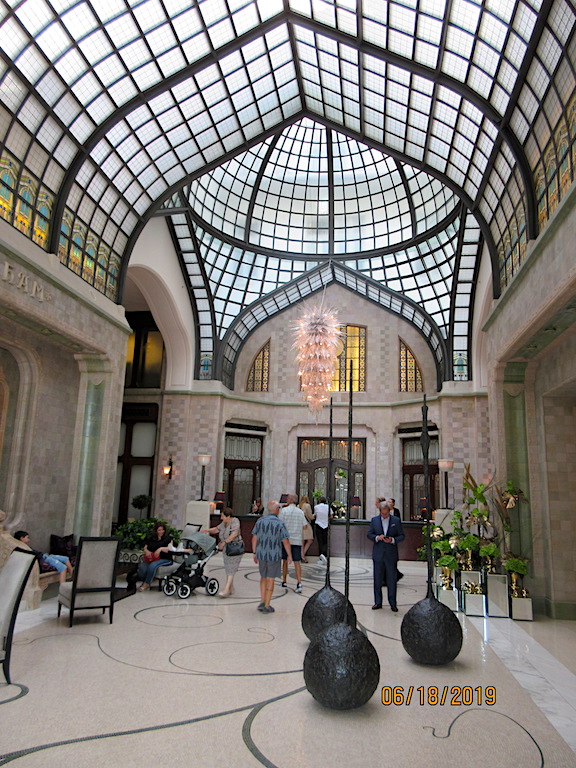 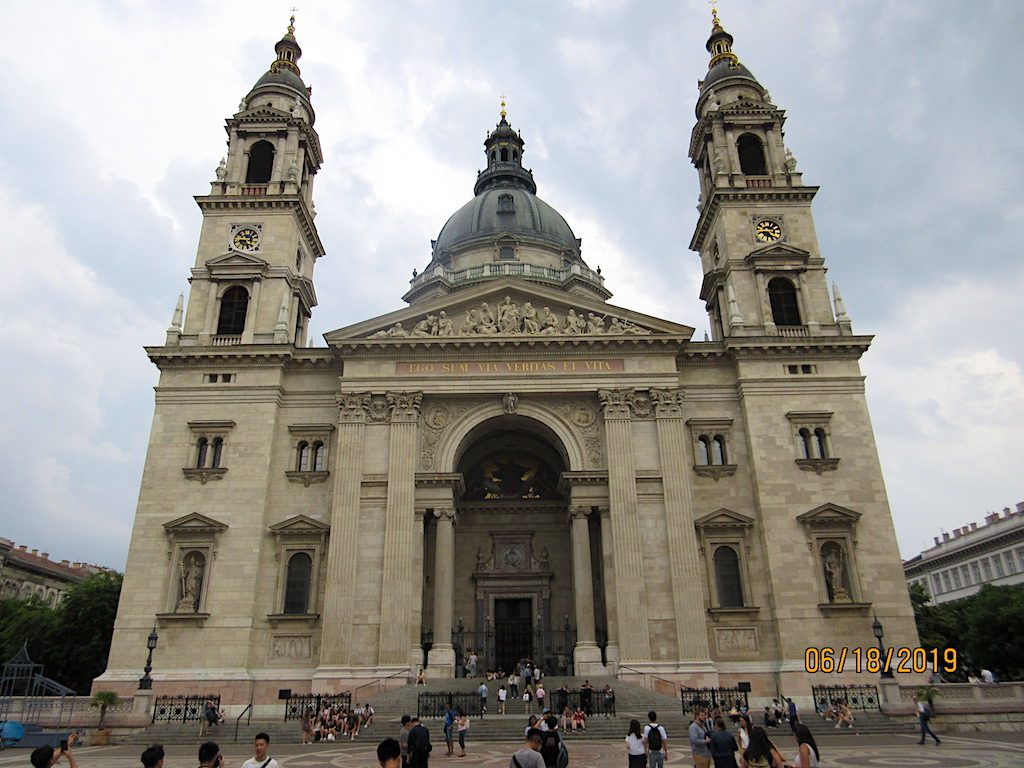 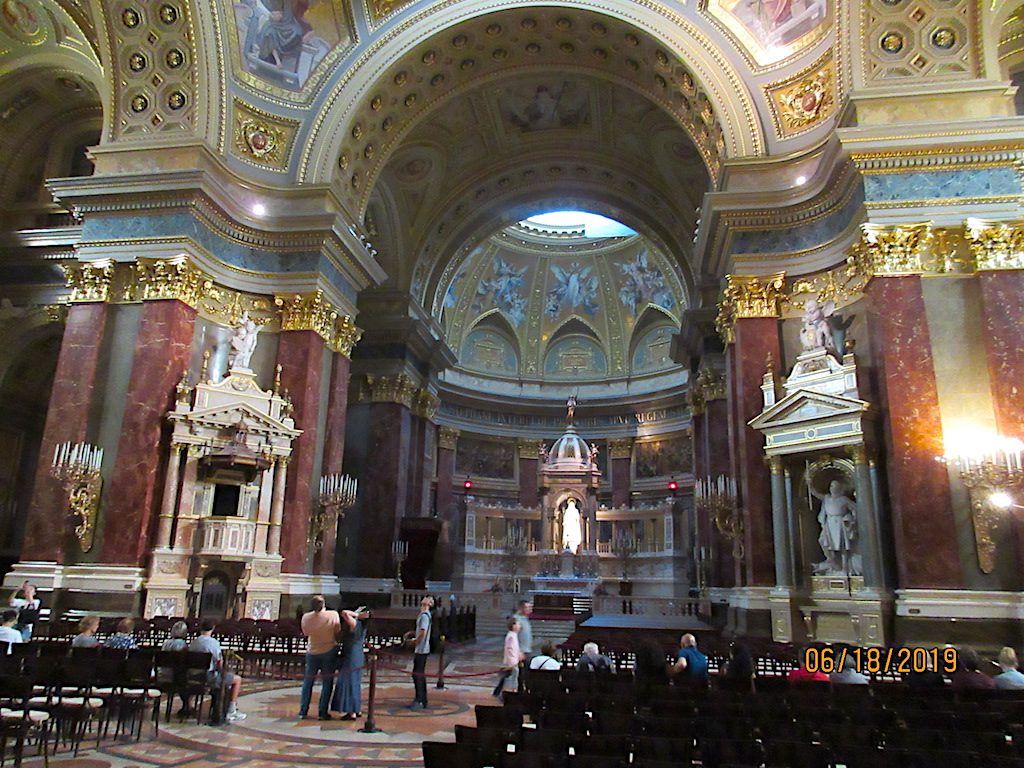 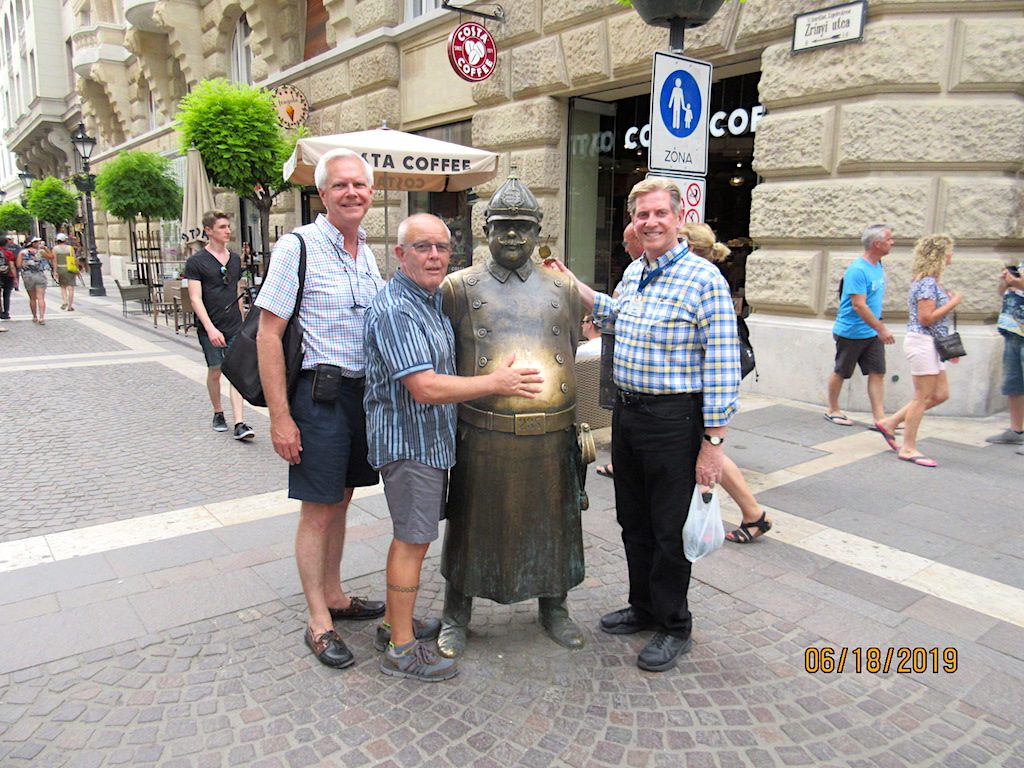 The capital city of Hungary, Budapest is situated along one of the most beautiful areas of the Danube, it consists of two parts — Buda and Pest. The former is the older, more graceful part, with cobbled streets and medieval buildings; the latter is the commercial center. The capital is a lively city which has long been a haven for writers, artists, and musicians. The bustling city of Budapest has a population of some two million people today.

In the Buda section you will find Gellert Hill which gives a wonderful view of the city, river and mountains; on the hill is the “Citadella”, a stone fort. The Royal Palace, bombed during World War II and now reconstructed, houses the National Gallery with collections of fine Gothic sculpture and modern Hungarian art, and the Historical Museum of Budapest, containing archaeological remains of the old city, furnishings, glass, and ceramics from the 15th century. Also, in the Buda region is the Fisherman’s Bastion — so called because it was the duty of the fisherman of the city to protect the northern side of the Royal Palace during the middle ages — and Matthias Church with its multicolored tile roof.

On the Pest side are the Parliament; the Hungarian National Museum, containing remarkable treasures including the oldest skull yet found in Europe and Liszt’s gold baton; the Museum of Fine Arts housing European paintings; the Ethnographic Museum; and Margaret Island, connected to both Buda and Pest by a bridge. The whole island is a park with a sports stadium, swimming pool, spas, a rose garden, and fountains. Budapest has about 100 hot springs — one located in the city zoo.

Our ship was docked just across the river from the beautiful Parliament building said to be the third largest in the world. Finished in 1902 after nearly twenty years of construction, it was made almost exclusively with Hungarian materials. It contains some 691 rooms and the Hungarian Crown Jewels are on display there.

We took a bus tour of town, first the Pest side where we visited the Hero’s Square where they have monuments to the heroes of Hungary through the centuries. Next, we crossed one of the many bridges to the Buda side where we visited the Castle District and the Fisherman’s Bastion. There you can find several museums, many shops and restaurants and even a Houdini Museum.

We returned to the ship after the tour for lunch before heading out again with Ric and Kevin. We explored the main pedestrian shopping street called Vaci Street before finding the main market hall. The market hall was one of five halls built in Budapest in the late 1800’s. The style of architecture is reminiscent of the Eiffel tower with its exposed steel construction inside. On the basement level was an Aldi’s supermarket, the main floor had many food stalls selling everything from meats to wine and cakes to cheeses. The upper balcony around the perimeter was filled with souvenir shops and food stalls selling local delicacies as well as pizza.

Next, we stopped along the pedestrian shopping street for a gelato which we ate under the buildings eaves as a passing thunderstorm brought a small amount of rain.

Our next stop was the traditional coffee house called the Café Gerbeaud founded in 1858. Perhaps one of the most well known in Europe, featuring rococo-style ceilings, inlaid wood cabinetry, ornate chandeliers and marble topped tables. There we enjoyed iced coffee cooled with two scoops of ice cream in a tall glass like a sundae. The coffee house also sells beautiful sweets, cakes, chocolates and macaroons. We found that there are more smokers on the streets in Budapest than in any other city on the route. Ugh! Lots of youth/students traveling in groups also this time of year.

We then stopped to check out a beautiful historic building from 1904, once a residential building but now converted to a Four Season’s Hotel. The lobby was elegant and beautifully appointed.

We walked a few blocks from the hotel along another clean and appealing pedestrian street to the St. Stephen’s Basilica where we had a look around. The basilica is named in honor of Stephen, the first King of Hungary who served from 975 to 1038 and whose right hand is said to be housed in the reliquary. It was the sixth largest church building in Hungary before 1920. Today it is the third largest church building in Hungary.